Stephen Harper and Rob Ford Would Love to Ignore Your Questions

Toronto Mayor Rob Ford now stands revealed to all the world as the focus of a months-long police investigation into his association with accused drug dealer and confirmed violent criminal Sandro Lisi. That investigation involved surveillance that, among other things, caught Lisi and the mayor exchanging packages of unknown contents in what may be generously referred to as a fashion usually reserved for poorly written The Wire fan-fiction. So what’s a politician to do?

Not answer reporters’ questions, for starters. Ever since rumours of a video of Rob Ford smoking crack cocaine first surfaced, he’s mastered the art of the “anything else?” mode of answering—or, rather, not answering at all. Instead, Ford retreated to his AM radio show yesterday and proceeded to read a prepared non-apology apology, listing only the things we already had documentary evidence of him doing as “mistakes” he was sorry for.

Oh, that crack video? Can’t talk about it. His history of drug use? All he’ll say is he’s not an addict. (Of course, not too long ago, he was lining up people to say he never drank at all.) And then, having said at the top of the show that he’d answer reporters’ questions anywhere but his home, Ford nearly ran over the press in his haste to avoid questions.

Out in Calgary, Stephen Harper was only a little more forthcoming about his problems with the Senate. Having locked reporters out of the Conservative Party’s convention for most of the weekend, the prime minister railed against the media and a laundry list of other undesirables. And then, when he did eventually address the Senate scandal that has consumed all the oxygen in Ottawa, he blamed… the courts.

In another age, this sort of behaviour coming from some of Canada’s most prominent politicians would be short-lived, but in both Ford’s and Harper’s cases, their relationships with the press have gone from frosty to openly contemptuous. And why wouldn’t they? At this point, there’s nothing the major media has that Harper or Ford needs.

First of all, both men have a surprisingly good grasp of where their electoral support comes from: even when they lose fights (as Harper did as leader of a minority government, and Ford has done continually since early 2012), they know the press will report what they’re doing, or trying to do. Lose a fight—temporarily—over building a subway, or abolishing the long gun registry? No problem, the base doesn’t care what you say, or how you answer reporters’ questions—they just care about what you’re actually accomplishing, or at least trying to do.

And when you do want to talk to the base, the existence of the Internet means that even if the national press was going to ignore you entirely (which it can’t), you can get right around it. Give an interview to some small local paper and watch the article blow up on social media. Or, better yet, just talk to the base through blast emails and the occasional YouTube video.

The good news is that this tactic buys them less than they think. Ford refuses to talk to the Toronto Star, and it has spared him exactly zero grief over the last few years. Harper won the last election with nearly 40 percent of the vote but is polling in the low 30s now, and this weekend’s performance is unlikely to change that. Meanwhile, the headlines blared that Rob Ford’s approval rating actually rose five points after last week’s news—but few people noted that the same polling firm shows Ford losing every realistic match-up in next year’s election, garnering in some cases half of his 2010 vote share.

Treating the press as the enemy, it turns out, may make you feel good about hiding from scrutiny, but it doesn’t actually convince a lot of people in the long run. Though the only honest answers these two could have given would have resulted in attempting to defend the indefensible, you can see why silence is so appealing. 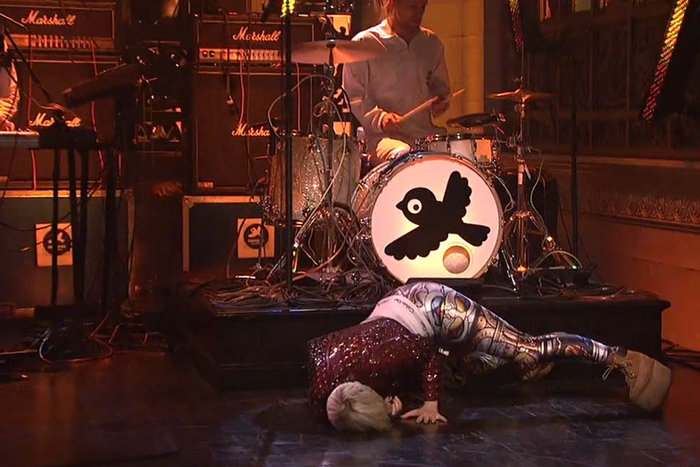 Society
Fashion Blogging Is Dead
Fashion blogs were once the domain of misfit teenage girls. A few of those girls got famous, and now everyone wants in—…

Well That Sucked
What Went Wrong This Week For … Blackface, Somehow Still