The Year in Sports At the End of the World

Fandom allows us to locate some much-needed normalcy without ever accepting the current state of things as normal. 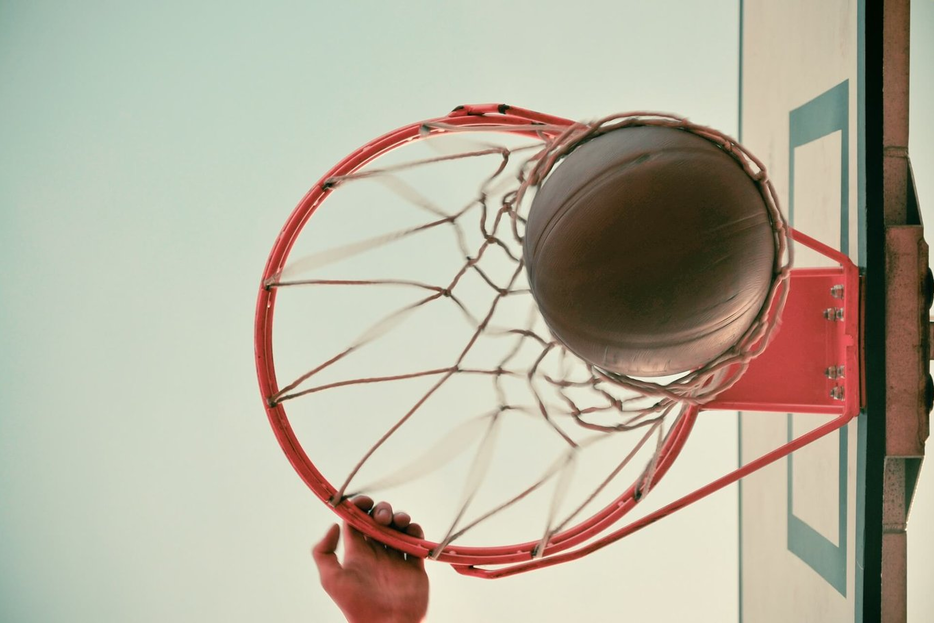 Ron, an acerbic, middle-aged gay Deadhead who hailed from somewhere in the deep South, was the ring-leader of the wait staff at the massive family-style restaurant I worked at in high school. Every time I had a shift with Ron, I’d notice him taking time to sit at the bar and comb through box scores. When I asked him about it, he straightened his posture and lowered his voice like he was about to reveal to me the secret of all True Being: He’d spent much of his life moving around, he said, which made for a steady diet of upheaval, unfamiliar circumstances, and surprises—but no matter what city he found himself in, sports were a constant. Wherever he was, whatever was going on his life, he could open the newspaper (this was 1995) and be transported to somewhere familiar. It was reassuring to find them churning along no matter what.

Twenty years later, I’ve gotten a good grasp on what Ron was driving at, thanks largely to the NBA and a shrink I recently fired for unrelated reasons. Conventional wisdom holds that the basketball season is too long, but for me, it’s never long enough. At the risk of sounding melodramatic, watching at least one NBA game a night is more than entertainment for me—it’s a means of survival. If left to my own devices, I rapidly go downhill once the workday ends. Basketball has long provided a much-needed sense of structure, if not well-being. You can imagine what happens when that suddenly stops being an option, when that solid ground is suddenly eroded.

I’ve still yet to adjust to the full ramifications of Donald Trump’s election. Granted, at this point we still have little idea what Trumps actually plans to do or in what hare-brained fashion he’ll go about accomplishing … anything. Since Election Day, though, I’ve been reeling in a way that’s a little difficult to pin down. I react to every latest development with the appropriate level of scorn and outrage, but my emotions are unfolding according their own logic, a process that has more in common with grieving or trauma than it does day-to-day vigilance. I have no idea where it’s headed or when it will resolve itself—maybe never—and on some fundamental level, it feels like a lot about reality really has changed. It’s not just that, for the left, we are not where we thought we were—we may be nowhere at all.

Post-Trump malaise has as much to do with a sense of disorientation as it does anger or loss. The world, or at least the American context, feels unstable and uncertain; whether we fully realize it or not, so much of how we constructed meaning has been laid to waste. Or maybe it’s been this way for a while, and some of us were simply, even willfully, oblivious to just how far gone things were. Now? Truth is entirely subjective. Facts no longer matter. Learning from the past and forecasting the future both seem archaic. Social media isn’t a liability, it’s a way to wrest power away from conventional media. Insiders are outsiders, outsiders are insiders, and white male supremacy is ready to take down the Establishment. Entertainment value and spectacle are more important than rational discourse. Letting people hear whatever they want to hear is more important than saying anything at all. Accountability or follow-through are beside the point; this is about more than politics. Not only is this country hurtling toward catastrophe, I can’t shake the feeling that much of what we thought worked, or was supposed to work, or outlined how the whole worked, has been upended. It makes it hard to locate, much less establish, any form of normalcy.

In the two weeks after Donald Trump was elected was elected to be the future President of the United States, basketball more or less disappeared for me. I watched exactly one NBA game: Rockets-Thunder, Wednesday, November 16. A showdown between former teammates Russell Westbrook and James Harden virtually guaranteed a night of pyrotechnics. Both have started this season on an absolute tear: Westbrook, scalding as ever, has nearly averaged a triple-double for a surprisingly credible Oklahoma City squad. Harden, one of the league’s premier scorers, has morphed into a prolific point guard. It’s the kind of game that, a week and a half earlier, I would’ve been stoked for several days in advance. Instead, I just sort of happened into it.

It didn’t take long for me to shake off the rust. I banged away at the keyboard, firing off stream-of-consciousness tweets nearly every thirty seconds and contorting my face after big plays for the benefit of no one in particular. The game came down to the closing seconds, when Westbrook sealed the victory with a one-handed dunk that appeared to flout the most basic laws of physics. He went up so forcefully that it seemed like he would keep rising indefinitely; he put the ball through the basket with such violence that the court itself seemed likely to rupture. Westbrook landed hard (what else?), popped up immediately, and stomped around the court in celebration. It felt oddly vindicating to tweet that Westbrook—my favorite NBA player—had “summed up his entire life in one single dunk.” If only for a couple of hours, things fell back into place. Remembering how to watch sports wasn’t just a relief—it was a reassurance.

While I’d never say there’s a silver lining to Trump’s election, I’ve noted at least one important change for the better: Much the same way that 9/11 was supposed to erase irony (but didn’t), the world seems a hell of a lot less petty now. That goes for both interpersonal relationships—really, what beef doesn’t feel trivial right now? How many bridges really got burned?—and internal stuff like, say, my propensity to worry for hours about a warped record or scuff on the floor. Some things matter and others simply don’t, your time is no longer yours to waste, and frivolity might even amount to complicity—or, at the very least, complacency.

It’s not that watching Russell Westbrook will solve any of the world’s problems; I’m certainly not advocating escapism, a tendency that, along with garden variety racism, goes a long way toward explaining what got us Donald Trump as president. But sports allows us to locate some much-needed normalcy without ever accepting the current state of things as normal. Just by being there, they offer a place to start—and a way to move forward. Whether it’s sports or something else, the country now needs daily touchstones in the same way I’ve long needed the NBA. We’re fucked without something to hold onto.

Who knows how long this will last, or if I’m overstating this sense of urgency for my own benefit. But a perpetual state of crisis doesn’t feel like a sustainable option; nor does spending every second as if the future of humanity hangs in the balance—even if it does. I do know, though, that it’s impossible to move through the world without with absolutely no sense of perspective, which is just as important as having a newfound sense of purpose. And more than ever, there’s also the need to let some glimmer of hope, or at least excitement, into your life. A jaw-dropping dunk counts for little when reality is disintegrating, but if there’s going to be anything left standing, you have to start somewhere. 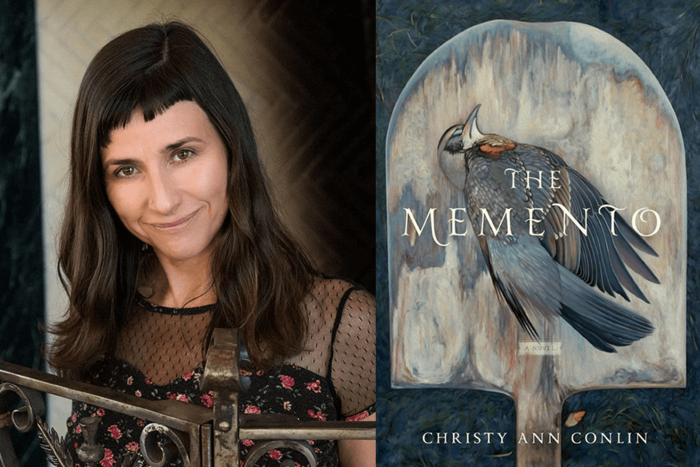 Interview
‘We Live with a Legacy of Great Violence and Fear’: An Interview with Christy Ann Conlin
Speaking with the author of The Memento about assault narratives, ghost stories and the healing work of fiction. 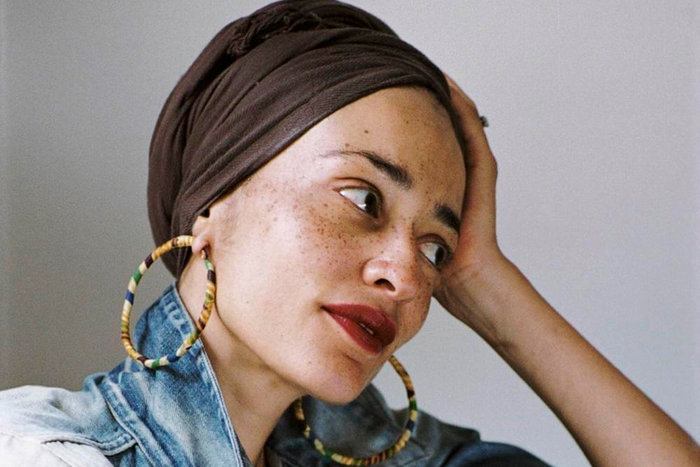 User's Guide
A User’s Guide to Zadie Smith
Whether writing about Brexit or defining the painful and ecstatic parameters of joy, Smith has a near preternatural…