A User’s Guide to Zadie Smith

Whether writing about Brexit or defining the painful and ecstatic parameters of joy, Smith has a near preternatural understanding of the fictions we repeat to ourselves in order to function daily. 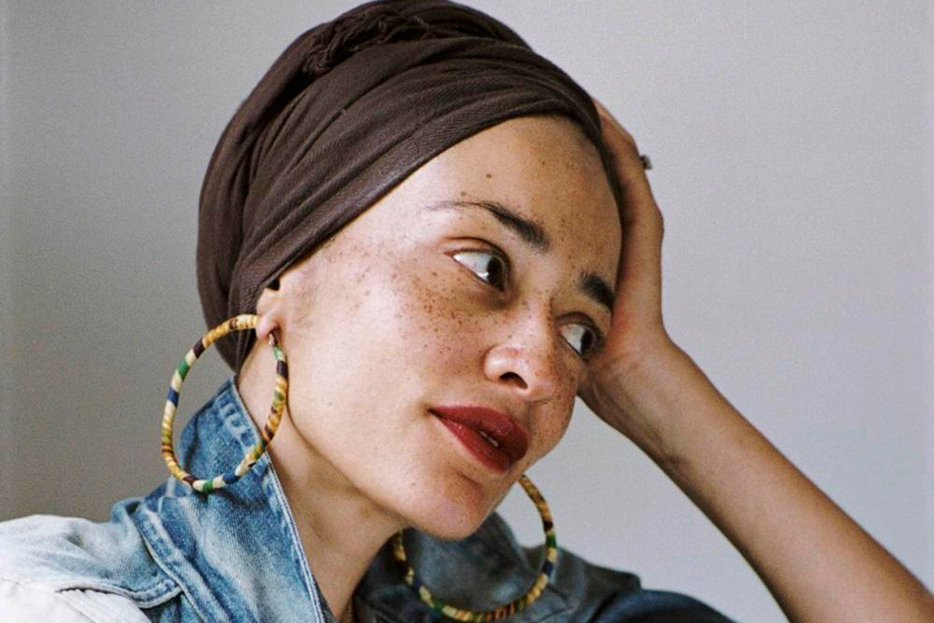 I recently joked on Twitter that I have a strict no-idols policy save for three people: Selena, Prince and Zadie Smith, though deep down I know this policy is less of a joke than I’d like to tell myself.

The idol suspicion is straightforward enough. It’s not exactly a belief that anyone you love enough to look up to will eventually let you down (an unproductively cynical way to live) so much as a learning by experience that unwavering faith in any person—real or unreal, known or simply watched—is both exhausting and, to be honest, more than a little boring. We needn’t imbue favourite aunts or beloved artists with the power or responsibility of an absolute moral compass any more than we should fretfully wait for them to screw up.

The Selena, Prince and Smith part is a little harder to explain. They function as idols for me precisely because of, whether in their lives or art, how they identify with that mirror-opposite concept inextricably linked with idolatry: the impostor or fraud. The feeling that your place in the world is never really quite earned enough, or that earning such a place can only come from following a set of prescribed rules—rules that, in reality, never seem to apply to everyone.

It shines through in Selena’s well-documented difficulty navigating Tejano stardom as an American-born singer not completely fluent in Spanish; Prince’s notoriously fastidious drive for complete control over his image and sound, lest it be wrested from him, re-packaged, cynically typecast and sold the way so many recording companies have historically done with Black artists; and a good number of the characters in Smith’s novels who often question their own credibility as being “of” a place, or the right they have simply to be who they are, where they are. To be comfortable in one’s own skin, whether literally or figuratively.

Much about Smith’s public life suggests that she is, in fact, comfortable in this way. And deservedly so: she sold her breakthrough first novel White Teeth at twenty-one, and has since written five best-selling novels, with Swing Time, her newest, out last month. Whether writing about Brexit or defining the painful and ecstatic parameters of the concept of joy, she’s an adept essayist with a near preternatural understanding of the fictions individuals and whole societies repeat to themselves in order to function in daily life. She’s a tenured professor of creative writing at New York University, enjoys her life as a mother of two and has a lovely way of cutting down journalists, critics and fellow writers who insist on pigeonholing her into any one of these aforementioned identities. And did I mention that dear god, can she sing?

If idols are a fiction, perhaps the concept of impostors and frauds can be one, too.

In both her public life and her fiction, though, Smith is also keenly aware of and honest about how hard-earned this self-assurance is—particularly for a biracial Black woman growing up in northwest London with an early life that, she’s said, looked quite different from those of the students she’s taught at Columbia and NYU. More than twenty years on she still describes undergrad as the biggest accomplishment of her life (“Going to university was the least likely thing to happen to me,” she says), and in her writing career seems acutely aware of how her background has informed critic and reader understandings of her writing at large, even when it’s about race itself.

“When I was little, we’d go on holiday to Devon, and there, if you’re black and you go into a sweetshop, for instance, everyone turns and looks at you,” she told the Observer shortly after White Teeth was published. “So my instinct as a child was always to over-compensate by trying to behave three times as well as every other child in the shop, so they knew I wasn’t going to take anything or hurt anyone. I think that instinct has spilled over into my writing in some ways, which is not something I like very much or want to continue.”

Instead, I think, she takes that instinct and questions the ways in which it serves and fails.

When it was published, Smith’s multigenerational story of the Jones and Iqbal families was hailed by (mostly white) critics at the time as a brilliant and complex portrait of multicultural, and somehow therefore post-racial, London. Not only have sixteen years and a Brexit referendum completely shattered this naive take on the book and U.K. society at large, it was never remotely true.

Take the concept of original trauma, which Smith coins early on in White Teeth. Just because it’s couched in a funny story about three brown-skinned children delivering a care basket of apples and salt fish to a racist elderly war vet doesn’t make the concept any less painfully familiar to someone with first-hand knowledge of the various kinds of hurts migration can revisit on and hand down to a person. “Even when you arrive, you’re still going back and forth; your children are going round and round.”

One of those recurring traumas is being unable to escape a profound sense unbelonging in a place you’ve for decades called home, as Bangladeshi Brit Samad Iqbal has come to; or have only ever called home, as do his twin sons Magid and Millat, or Irie Jones, whose mother Clara moved to London from Jamaica in her teens. The ways in which some of the Iqbals and Joneses quiet whatever inner voice tells them they’re impostors range from the quietly sad to sometimes absurd extremes. Samad convinces himself that his masturbation habits, mid-life affair with a music teacher and failure to do much more career-wise than wait tables at a west-end curry house (i.e., all things he kneads into a single understanding of life in London) have corrupted the honourable, pious man he believes himself to have once been. To fix this he visits a new type of trauma on his family by sending Magid to live with his aunt in Bangladesh, ostensibly to live a pure Muslim life, without any of his family’s knowledge or permission, and to unexpected results.

More often than not, idol worship involves attraction to the values a person embodies beyond the individual themself. What happens when that person is a stand-in for a value system you’re inextricably a part of, whether by circumstance or by choice? Like White Teeth, Smith’s third novel revolves around the lives of two families, but the trauma here is not so much about migration as it is the process of learning that the concept of a single family’s values is a scam.

The Belseys and Kippses are rivals in that fathers in each family teach art history at a Boston-area university and differ largely on the liberal-conservative scale. Howard Belsey, a British atheist who lectures on Rembrandt and at one point tries to get a set of conservative lectures he ideologically disagrees with blocked from campus, cheats on his wife twice, lies about it twice, and relentlessly chides his eldest son for taking up religion and falling in love with his rival’s daughter Victoria, whom Howard later sleeps with. His academic foil Monty Kipps doesn’t fare much better on the integrity scale: in spite of a deeply Christian and conservative ethos, he has student affairs of his own and tries to dismantle the school’s affirmative action-style program for non-enrolled students who show academic promise.

How the Belsey and Kipps children, each young adults in their own right, align with or react to this perceived ideological rivalry shows, however, that families aren’t sports teams and parents are often terrible coaches. Howard’s eldest son Jerome is wise to this fiction early on, having been made to feel an interloper in his own home for believing in Jesus and having his heart broken by the wrong girl. Some learn this later, and more embarrassingly: Younger sister Zora spends most of the book championing her dad and his views, going so far as to enroll in his classes, defend his father’s early infidelity (“What kind of sophisticated guy in his fifties doesn’t have an affair? It’s basically mandatory”) and initiate a strange one-sided My Fair Lady-like project on a slam poet from Boston who joins her poetry class as a non-enrolled student.

When Howard’s wife Kiki eventually does leave him, and their three children to live with him, a curious thing happens: they make a sort of uneasy peace, as if something other than political views is essential to holding a family together.

If idols are a fiction, perhaps the concept of impostors and frauds can be one, too. In Changing My Mind, her 2009 collection of essays, Smith describes pinning a Derrida quote to her computer’s screensaver while writing NW: “If the right to a secret is not maintained, then we are in a totalitarian space.”

In Smith’s 2012 novel about four intersecting lives that began in a North London housing complex, lifelong friends Leah Hanwell and Keisha Blake both hide important aspects of themselves from their partners and each other. Keisha spends a good deal of her law school years “crazy busy with self-invention,” changing her name to Natalie, shedding religion and a boring boyfriend, becoming a successful Black woman in the city’s law circles, marrying “well” and having kids. One thing stays with her through all this, though—something that has Leah secretly buying her dildos at fifteen and has Natalie surfing hookup sites with a fake email once the daily rhythms of doing everything that had been expected of her (and things she’d expected of herself) inevitably begin to bore her. Leah, on the other hand, for a few years maintains a marriage partly on the premise that they’ll some day have children—children she simply doesn’t want.

Natalie and Leah do feel their own types of guilt over the secrets they keep. Not necessarily out of a sense of embarrassment or shame, but a perceived sense of necessity. A kind of survival tactic for the lives they’ve built for themselves.

Earlier this year the New York Times profiled Smith in advance of Swing Time’s release. I hope it’s not idolizing her too much to say I’ll remember this for a long time: “There is no unimpeachable identity from which you can operate in the world from a position of righteousness at all times. Sometimes, at a certain moment in history, people have decided that you are close to that figure. How tempting it must be to grab it with both hands and be that person,” she says at one point. “But you know it’s an illusion.” 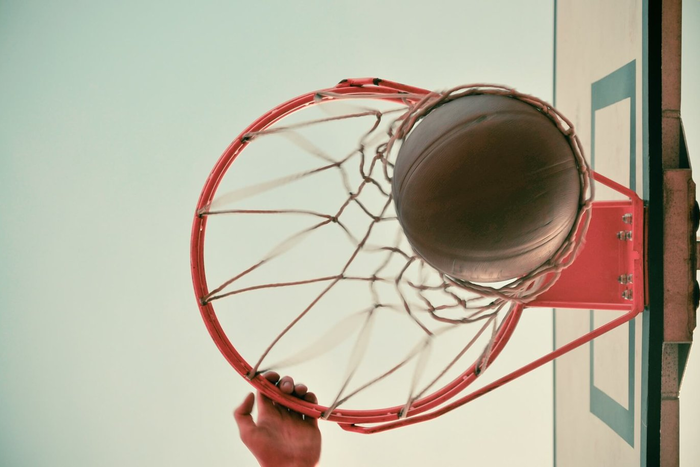 2016 In Review
The Year in Sports At the End of the World
Fandom allows us to locate some much-needed normalcy without ever accepting the current state of things as normal. 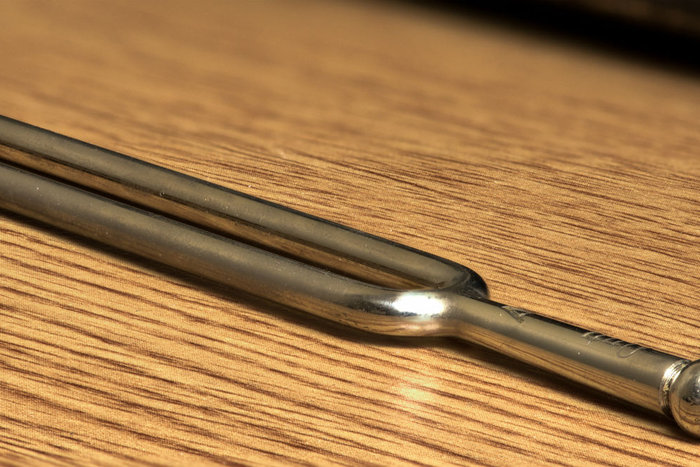 2016 In Review
The Year in Addition and Subtraction
Throughout my twenties and thirties I made dark jokes about the life expectancy of my breasts.