Heritage, Hate, and the Hall of Fame

Every day since November has been a drag. In the midst of its dog days, one weekend of well-deserved, inclusive, player-worship was the least baseball could provide. 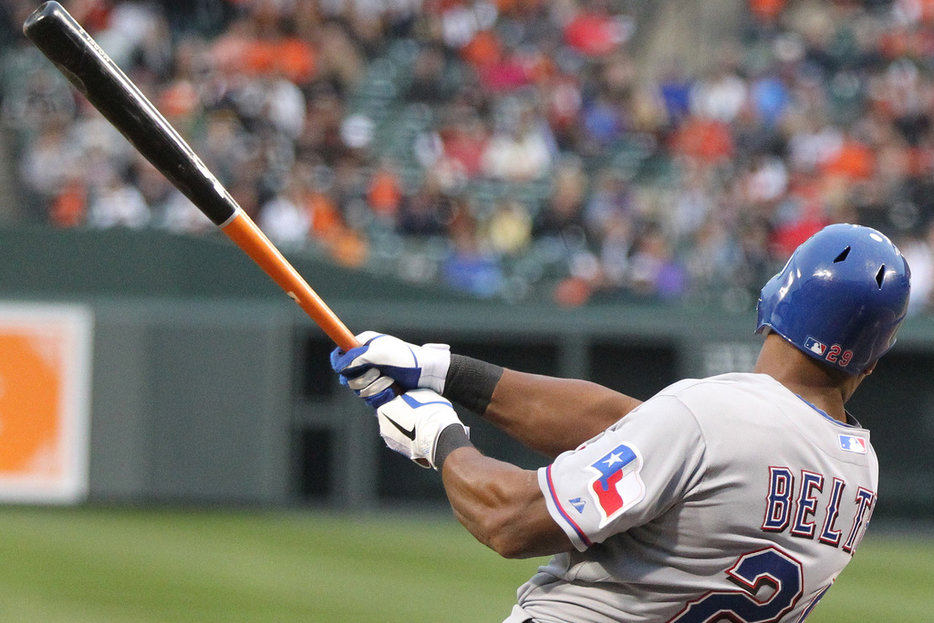 Baseball’s Hall of Fame weekend is always beautiful and welcome, a deep breath during the regular season’s doldrums. It arrives after the All-Star break but before the real playoff race, right around the hundred-game mark, when we could all use a little history lesson to put the daily churn of baseball fandom in perspective. What better time to connect with the game’s past characters, to hear men not necessarily known for their public speaking prowess lumber through extensive prepared remarks, and to marvel at the many varieties of career-length excellence?

This year’s player inductees were titans of distinct vintages. There was the great outfielder Tim Raines, a consummate leadoff hitter and base stealer who played for six teams over nearly a quarter-century, immortalized as a Montreal Expo. There was facial hair icon Jeff Bagwell, who spent his entire fifteen-year career in Houston, crushing homers and drawing walks in equal measure.

And then there was Ivan “Pudge” Rodriguez, without doubt or peer the most dominant catcher of his era, who managed an astounding forty-eight-percent put-out rate against potential base stealers and more than 2,800 hits. He played for a laundry list of teams and won a World Series with the Marlins but began his career with (and later returned to) the Rangers, where he caught Nolan Ryan before turning twenty. It was his Puerto Rican background, and the vagaries of MLB policy regarding the U.S. territory, that allowed him to start in the pros so early, drafted straight from high school. In Cooperstown, Rodriguez sang the praises of his home country and his culture, and delivered large portions of his speech in Spanish. He was also treated to a Spanish-language online version of his Hall of Fame plaque, a fitting tribute for only the fourth Puerto Rican to ever make the Hall.

Meanwhile, back in the Lone Star state, current Ranger and future Hall of Famer Adrian Beltre contributed to Texas’s run of good fortune, managing his 3,000th hit, a double against Baltimore.11As well, the Astros maintained their comfortable lead atop in the AL West. They look increasingly likely to win a pennant. Beltre’s accomplishment, too, was a groundbreaking one for Latino baseball: the first Dominican to hit 3,000. He’s only the thirtieth player overall; the twenty-ninth, Ichiro Suzuki, was likewise the first representative of his country to reach the milestone. Of baseball’s many arbitrary statistical pinnacles, 3,000 hits is my favorite. There’s something pure about it. Hits are elemental, and 3,000 of them constitutes a remarkably prolonged, consistent output of the game’s most basic offensive component. It’s the essence of the entire game, the perfect balance of lunchpail work ethic and superhuman athletic coordination. Only thirty men! In the whole history of the game! Beltre hit his double against my own team, and I couldn’t have been happier.

Because let’s be honest: we needed this. These may be the dog days of the baseball season but frankly, every day since November has been some kind of drag. This is the first summer of my life where political news has outmatched the unrelenting pace of fifteen daily baseball games. Each morning headline or afternoon news dump brings some freshly dispiriting calamity or moral horror. It would take routine baseball magic to even begin to offset this misery, and even though I suspected this season would underwhelm, it has bested only my mildest dreams. The hottest competition right now is the seven-team AL wild card race, wherein a group of mediocre franchises are scuffling for the chance to be steamrolled by the Indians or Astros in October. Meanwhile, the wider game has rapidly devolved into an all-or-nothing affair of home runs and strikeouts. This is not sufficient spectacle to distract us from the gnawing misery of an ongoing national collapse. One weekend of well-deserved, racially and ethnically inclusive player-worship was the least this sport could have offered us now.

Needless to say, the month since has been brutal, enough to nearly erase the lovely memory of two Latino Texas heroes shining simultaneously. The chaos in Charlottesville and Trump’s nauseating equivocations have stolen the recent headlines, but (and I can’t even believe I’m typing this) the Nazis were only the tip of the spear. Even if those events in Virginia had never happened, the month of August would still have been notable for the Trump administration’s acute psychological warfare on minorities.

On July 31, the day after that Ranger phantasmagoria, General John Kelly was sworn in as White House Chief of Staff, after a six-month tenure at the helm of the Department of Homeland Security. Suffice to say, Kelly’s DHS record is not one to impress the Nobel Peace Prize committee. As New Yorker immigration reporter Jonathan Blitzer wrote,

In six months, Kelly eliminated guidelines that governed federal immigration agents’ work; vastly expanded the categories of immigrants being targeted for deportation; threatened to abandon the Obama-era program that grants legal status to undocumented immigrants who were brought to the U.S. as children; and has even broached the idea of splitting up mothers and children at the border to “deter” people from coming to the U.S. Under Kelly, immigration arrests in the U.S. increased by forty per cent and D.H.S became one of the few branches of the federal government that has been both willing and able to execute Trump’s policy priorities.

One of the sub-agencies under Kelly’s command was Immigration and Customs Enforcement (ICE), who have spent 2017 ramping up detentions, to the point where they are renting local and private jail space to hold all their prisoners and, in some cases (including, naturally, Texas), paying county police agencies to hunt down immigrants for them. This is who counts as a moderating influence in the highest ranks of U.S. government now.

The very next day, Jeff Sessions’ Justice Department announced it would be looking into the very real, not at all fake problem of anti-white bias in college admissions. The day after that, sentient forehead and Richard Spencer acolyteStephen Miller gave a frightening press conference where he proposed new immigration regulations, including a requirement that new arrivals speak English. After his remarks, Miller sparred testily with Jim Acosta, the son of a Cuban emigre, and seemed to diminish “The New Colossus” as somehow unrelated to the purpose and symbolism of the Statue of Liberty.

The hits keep coming. Trump himself, perhaps eager to prove that he was working while on vacation, threatened an undetermined military strike on Venezuela, which is currently in the grips of a humanitarian catastrophe so great that even baseball players have commented on it publicly. After Charlottesville, he floated the possibility of pardoning former Maricopa County, Arizona, sheriff Joe Arpaio, who was recently found guilty of contempt after years of explicitly racist arrest patterns and prisoner abuse. It would be Trump’s first pardon, for a man he extolled as “a great American patriot.” (Trump doubled down on this last night in Arizona.) He later responded to a fatal attack in Barcelona by once again spreading his pet campaign lie about a U.S. general’s use of pig-blood-covered bullets to kill Muslims. These remarks, like nearly everything this man says, do nothing but threaten people’s mental health, particularly minorities’. After all this and the disgrace in Charlottesville, where Trump echoed white nationalists’ appeals to “heritage” and “history,” it’s clear that the standard dog whistles don’t even apply any more. On racial issues, the GOP is now content to play a tuba.

Soon enough, the baseball season will kick into overdrive. Competitive teams will throw cash at name players to buy every advantage they can. Records will be chased—the good, the bad, and the hilariously bad. And as playoff hopes die, middling teams will call up their big prospects and we’ll get to see some potentially meaningful major-league debuts.

Though he’s still at least a few years away from the show, the bells may one day ring for Chris Singleton, currently an outfielder for the Class-A Cubs affiliate in Eugene, Oregon. We wouldn’t even know his name at all except for his connection to recent tragedy: Singleton’s mother was among those murdered by Dylann Roof. As Confederate monuments topple and our president publicly parses the good Nazis from the bad, a direct victim of white supremacy emerges in pro baseball’s outermost reaches right as two foreign-born legends ascend to its most privileged ranks. These are the baseball stories I appreciate most in this mid-season lull—the moments that prove the game inevitably absorbs everything about this perpetually troubled country, good and bad. 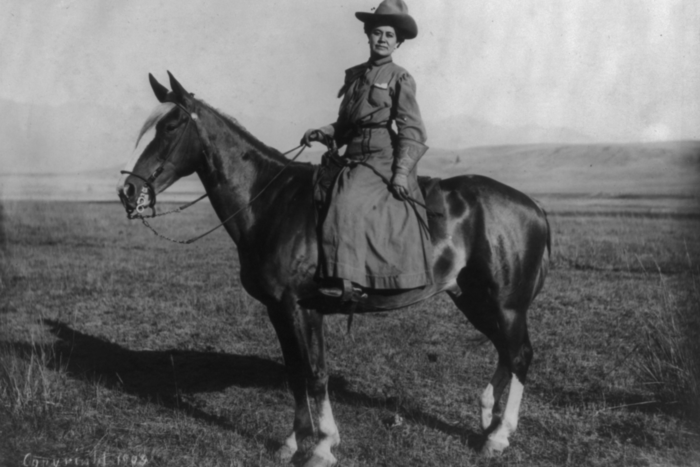 Essay
Like a Real Cowgirl
Is donning cowboy boots a symbol of independence for women, or an attempt to fit in with a culture that does not seem… 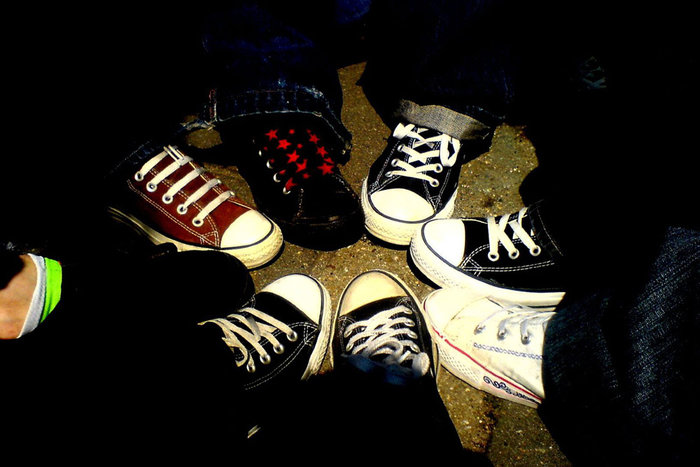