Baseball is not yet undergoing a revolution, but it is no coincidence that in 2017, even this politically timid game now carries a whiff of the resistance.

Just in time for those of us whose teams are scuffling or free-falling toward mathematical elimination, Major League Baseball recently threw out its annual September life preserver: next year’s schedule, proof that your squad, no matter how pathetic, will live to fight another 162 days. The slate will be wiped clean and you can once more indulge the wrongheaded, heedless optimism that is every baseball fan’s springtime right.

The MLB master schedule is a marvel of geographic and temporal planning: 4,860 games across six months and a whole continent, all divisions and rivalries in balance. But if 2018 is anything like this season, that logistical miracle will be run aground many times over. Weather-wise, 2017 has been the baseball equivalent of “man plans, God laughs.” By May there had already been a notably high number of rainouts, but even that was no preparation for the multiple meteorological catastrophes of the past month, storms of historic proportions that have made sports seem meaningless and even inappropriate.

As Hurricane Harvey battered Houston, the Astros’ series with the Rangers was moved to Tropicana Field, the Tampa Bay Rays’ home. Just a few weeks later, it was the Rays who had to flee disaster, “hosting” the Yankees at Citi Field in Queens as Hurricane Irma bore down on Florida. That same storm forced the Miami Marlins to play as the home team in Milwaukee, where the Brewers kindly decorated for the occasion. Ultra-expensive Marlins Stadium was built to withstand hurricane-force winds, which it did, though not without suffering damage to its delightfully named “roof membrane.”

And now Hurricane Maria has potentially jeopardized a two-game Twins-Indians series that is to be held in Puerto Rico April, which is certainly at the very bottom of the list of humanitarian concerns, though baseball has broad national implications: that brief series is part of a $5 million investment MLB is making in Puerto Rico in recognition of many of its best players coming from the island. (The league recently announced an additional $1 million to communities in Puerto Rico and earthquake-stricken Mexico, as well, which is more than the federal government has offered either place. As I write, Trump’s entire public outreach to Puerto Rico has consisted of a single tweet noting that the country was in “deep trouble.”)

These are the obvious ways that baseball has been affected by climate change, though scientists have observed subtler implications for the game for years now. Rising temperatures have forced new approaches to player performance and hydration, caused new worries about groundskeeping in the face of drought, and may even be partially responsible forbad tempers and intentional beanballs. (Tempting as it is to assume weather has led to this season’s record-breaking dinger barrage, the research is indeterminate at best.) This beautifully complex MLB season has stretched from late March in Denver through August in Arizona, and could go into late October in Boston, Chicago, New York, or Minneapolis depending on how the playoff winds blow. That’s a lot of potential vulnerabilities to changes in the weather. As the southernmost teams have now learned, there is no hiding from the climate in this game any longer. There is a distressingly apt metaphor in the Florida-Texas musical chairs that resulted from this season’s hurricanes: when it comes to climate change, we’re all the home team.

This summer, our moronic president mentioned baseball as frequently as he mentioned climate change, which is to say not at all. The national pastime doesn’t play to his ego: unlike the NFL and NBA, MLB currently lacks the same extremes of outright Trump supporters or antagonists in its ownership and player base, and so therefore it might as well not exist. But he has run rampant with barstool-blowhard sports opinions, demeaning socially conscious football players on Friday and then disinviting Steph Curry and the NBA champion Golden State Warriors to the White House on Twitter early Saturday. These mind-meltingly petty and racist messages elicited widespread response among pro football and basketball players, no small thing considering the blackballing that Colin Kaepernick has endured from his league. But the reaction in baseball was earth-shattering in its own relative way: more than a year after Kaepernick first took a knee, the Athletics’ Bruce Maxwell became the first MLB player to kneel in solidarity with the victims of racial injustice.

As part of a longstanding military family, Maxwell being the person to break this barrier is significant. “It’s basically raising awareness,” he told the San Francisco Chronicle. “The whole point of this is to inform people there is a problem… It’s to inform people that there are people in this country being mistreated because of the color of their skin or where they come from or their heritage, and that’s why I’m doing it.”

But as a rookie with no great clout or national name recognition, he risks inciting the worst possible baseball insult: He’s a hot dog, a head case, he puts himself above the game. Even veterans and All-Stars are dissuaded from taking big social justice stands in this sport, as Rays ace Chris Archer made clear in light of Maxwell’s gesture. “I agree with the message. I believe in equality,” Archer told USA Today, before adding, “I don’t want to offend anybody. No matter how you explain it or justify it, some people just can’t get past the military element of it and it’s not something I want to do, is ruffle my teammates’ feathers on my personal views that have nothing to do with baseball… The other sports that do that are predominantly black. Our sport isn’t, so I think the criticism might be a little more harsh. It took somebody really special that had a unique background to take that leap.”

So far, Archer’s concerns seem over-cautious. Maxwell has said he received a smattering of deadbeat comments from the stands, but in his first at-bat since taking the knee, he received a standing ovation. And the Players Association has expressed its unequivocal support for him as well.

Earlier this season, Archer was one of a handful of black players to participate in various roundtables and recognitions of Jackie Robinson, who entered the Major Leagues seventy years ago in April. MLB and ESPN handled the anniversary wonderfully, eliciting insights from players who don’t otherwise say much about race and addressing issues of identity and personal struggle in a way that the game doesn’t often promote. The discussions didn’t extend much past the celebratory weekend, but perhaps Adam Jones, who last year shared Archer’s belief that baseball was a “white man’s sport,” had Robinson’s bravery in mind when he decried the racist taunts at Fenway Park in May.

Between the Robinson commemoration, Jones’s incident (which was echoed by other black players including C.C. Sabathia), and now Maxwell’s lonely acknowledgment, this has been a relatively radical year for baseball. As with climate change, the conditions outside the game itself have made certain realities impossible to ignore. The reaction from fans, media, and other players has been muted but generally respectful, nothing like the circus of moral preening and patriotism hot takes around football over the last week. But it is certainly newsworthy—and, for anyone who has followed baseball for any length of time, stunning—that these discussions are happening at all.

This is Trump’s gift. He is incapable of resisting the chance to play the heel, and he is so self-explanatorily loathsome that he can prompt people to otherwise unlikely action simply to avoid association with his bullying. Baseball is not undergoing a revolution or grappling head-on with his ongoing attack on civil liberties, but it is no coincidence that these small but meaningful conversations have popped up during the 2017 season. Trump has raised the cultural temperature so much that even this politically timid game now carries a whiff of the resistance. We’ll see next season if Bruce Maxwell is treated like a league pariah or a presidential punching bag, but regardless, MLB will have another 4,860-plus games to play, and that’s challenge enough without a head of state who seems content to let the world drown. 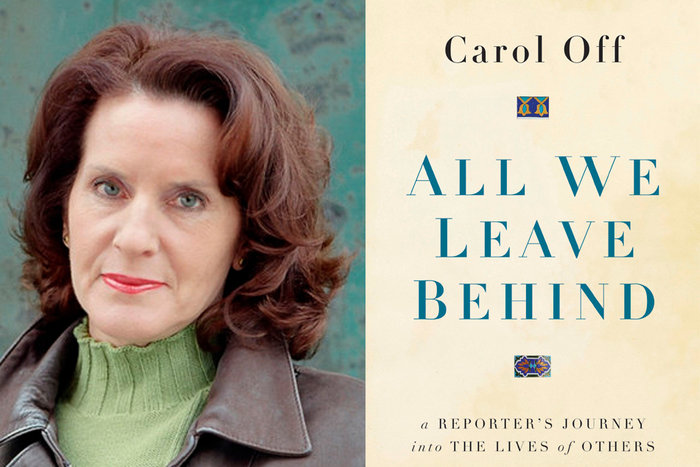 Interview
‘I Decided to Go With Humanity’: An Interview with Carol Off
The As It Happens host and author of All We Leave Behind on fighting to cover conflict as a female journalist in the… 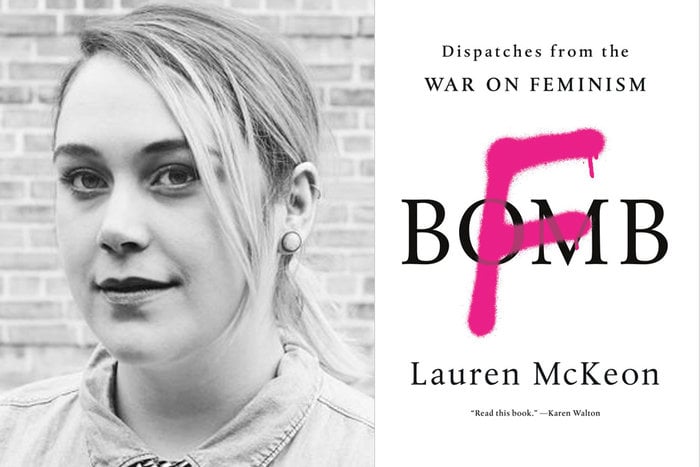 Interview
‘People Like to Watch Feminism as a Spectacle’: An Interview with Lauren McKeon
The author of F-Bomb discusses men’s rights activists, the changes in modern feminism, and why the movement can…

'Denial of Liberty is as Much a Part of America's Founding as Freedom': An Interview with Jonathan Daniel Wells
Connor Goodwin
The Memory Weavers
Amandas Ong