Is donning cowboy boots a symbol of independence for women, or an attempt to fit in with a culture that does not seem to recognize—or respect—our autonomy?

Amy Bernhard’s essays have appeared in The Rumpus, Catapult, VICE... 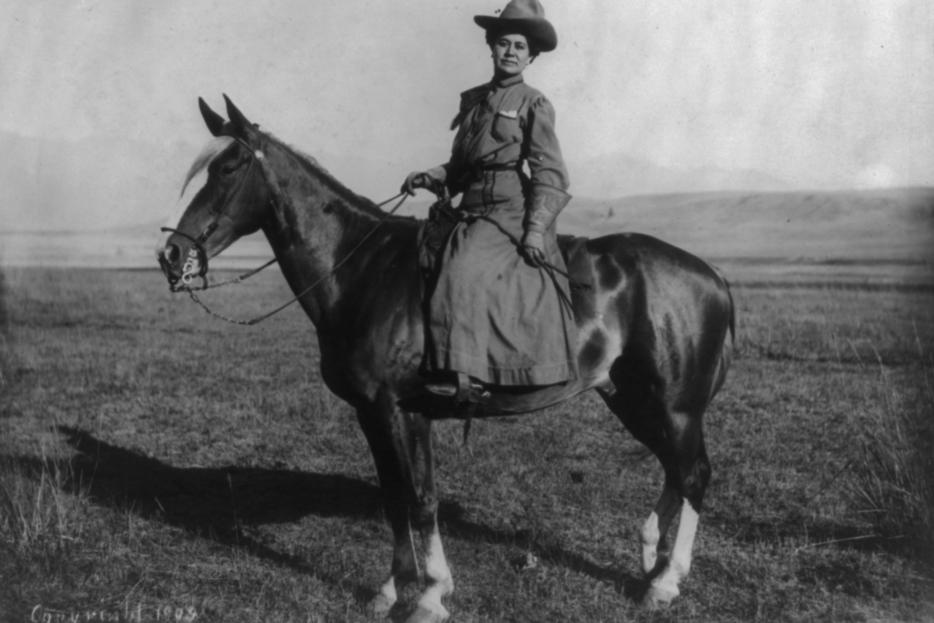 A Montana cowgirl in the early 1900s, via Wikimedia

Today is rodeo day in Houston and I am dressed totally wrong. For starters, I’m the only one here wearing regular glasses and squinting in the sun, which, at nine-thirty in the morning, glares down at me from an unstained blue sky. Mistake number two is that I’m not wearing cowboy boots. Everywhere I look, there they are—tall boots, short boots. Red and pink and brown and black leather boots. Floral embroidered boots. Crucifix-studded boots. The men wear long-sleeved, button-down shirts and the women are in little dresses or tight shorts, their boots clicking on the hot pavement. My Danskos feel like two heavy batteries on my feet, which are already sweating. I sort of wish I’d bought the boots I saw out shopping last night, a pretty tan pair the salesgirl swore would keep my feet dry.

“No way is that true,” I whispered to my sister, Paula. We were standing near the back of Boot Barn, in front of a tall shelf of cowgirl boots. I picked one up. The boot was surprisingly light in my hands, the leather soft. I sank my right foot inside and felt my eyes widen.

“Oh my god,” I said, as Paula laughed. It was like stepping into a cool bath. I pulled on the left boot and stood in front of the mirror. Over my jeans, the brown leather actually looked great, sort of sexy, even. I rotated my ankles around, admiring my reflection.

“Are you going to get them?” asked Paula.

“Wouldn’t wearing cowboy boots to a rodeo be as bad as wearing the band’s t-shirt to their show?” I said, and saw her eyes roll in the mirror. Paula has lived in Texas for four years, but I just moved here from Chicago, where we both grew up, so I have no idea what to expect from my first rodeo. I assume it will be outdoors, but it turns out our seats are inside the colossal NRG Stadium, which hosted last year’s Super Bowl.

It takes us almost twenty minutes to climb to our seats at the very top, where, unlike outside, it’s as frigid as Chicago in December. We stretch our tank tops over our bare knees, hugging them to our chests. Above, giant screens give us a view of the action. I watch as cowboys fling themselves, trapeze-style, from their horses and onto the backs of running steers, dragging their horns to the dusty ground. One hefts a spotted calf over his knee and then slams it down, roping its ankles together in record time. We all cheer.

“Slabs of prime rib on legs,” I say to Paula, about the cowboys. She gives me a little smirk and keeps clapping.

The women compete in only one event, Barrel Racing, which is exactly what it sounds like: cowgirls steer their horses through a brief maze of barrels and the fastest wins. Their hair, long and free, whips the air, thigh muscles straining inside their blue jeans. Onscreen their faces are focused, beautiful. They hold tight to the reins, boots proudly bouncing, and now I really regret not buying a pair.

The boots radiate strength and self-reliance. Plus they look awesome. But the thought of wearing them in Texas—a state where over 60% of public schools use abstinence-only education, where a woman might need to drive hundreds of miles just to visit one of the few remaining Planned Parenthoods—gives me pause. Is the boot a symbol of independence for women here, or is wearing it an attempt to fit in with a culture that does not seem to recognize—or respect—our autonomy?

For early female rodeo stars, the cowboy boot was as stylish as it was subversive, and symbolized inclusion in what was once a man’s sport. But it wasn’t until the late 1800s, when famed sharpshooter Annie Oakley came on the scene, that female performers started to be taken seriously. The National Cowgirl Museum in Fort Worth, Texas, has an entire floor dedicated to Oakley’s career. In narrow red boots and her trademark ankle-length suede skirt, a sleek rifle cradled in her petite arms, Oakley carefully crafted for herself a brand that would inspire women but pose little threat to men. While other cowgirls were trading their skirts for pants, Oakley still dressed in Victorian fashion. She kept her hair long and loose and her silk stockings tucked into boots. And she always rode sidesaddle. A photo shows Oakley sitting tall atop a rearing horse, rifle pointed calmly at the sky. Aim at a high mark and you will hit it, says the caption. Her smile is pulled as tight as her corset in the hot sun.

Oakley’s popularity paved the way for more female sharpshooters and trick riders in rodeo. But their success was largely dependent on their ability to appear modest and ladylike, as evidenced by their elaborate costumes: all flashy beadwork and bright scarves, bedazzled hats and colorful hair ribbons.

But most striking of all were the boots. Tall and elegant, each had its own unique, whimsical design. I stepped close to the rope barrier and, when no one was looking, darted my fingers beneath to feel the leather, tough but softened from wear.

Maybe we love the cowgirl because she represents an ideal: whether she is the wholesome 1890s rancher, the 1950s pin-up girl, or the modern-day athletic champion, her image tells women that we can be everything at once. At the rodeo, I gasp when a cowgirl whips a small revolver from her denimed hip. Left hand on the reins, she turns sharply and fires over her right shoulder at a row of mounted balloons, exploding them in one single, ear-cracking flash.

“Holy shit!” cries Paula. We look at each other, wide-eyed and grinning as another cowgirl bursts from the gate, hair flying, flannel rippling, boots banging. Hooves drum the ground. Smoke billows like breath in the arctic air.

Behind us, three men in button-down shirts rise to their feet and loudly clap.

“That’s right, honey!” one yells, raising his Budweiser in a slurry toast. I feel my back stiffen and wish I had the nerve to turn around and glare at him.

I hoped I would be a different woman in Texas, a bolder one. I moved here to teach college, but really I moved here to learn to be alone. To feel myself as wild and uncontained as the landscape I romanticized: vast, blue-bonnet studded roads, a sharp glittering horizon unobstructed by city smog or skyscrapers.

I wanted to believe, as historian Joyce Gibson Roach believes that “the emancipation of women may have begun not with the vote, nor in the cities where women marched and carried signs and protested, but rather when they mounted a good cowhorse and realized how different and fine the view…”

But today, as I sit and watch cowboys tackle steers to the ground, I wonder, how different is this view, really? How much does a woman’s success still depend on our ability to dress and perform for men?

And yet I’m enjoying myself at the rodeo. Except for the drunk guys. Also the air conditioning. It’s growing chillier by the minute; in front of me, a baby begins to cry, the pink draining from his lips. All around me people are abandoning their seats, hurrying down the steep stairs with arms clutched tight to their chests, shivering. It seems not even their cowboy boots are tough enough to stand up to this cold. Paula and I, seasoned Midwesterners that we are, sit stubbornly in our seats, trying in vain to endure the frigid blast. I’d like to feel part of the crowd, but really I just feel cold, and tired now. Finally we give up and head outside. Heat spreads itself over my frozen skin, gently at first and then intensifying, stinging. Sunlight knifes off the pavement and sears my eyelids closed.

We huff it out to the parking lot in silence, a sense of defeat between us at having left.

“We’re going to miss Brad Paisley,” sighs Paula, but neither of us moves to turn back.

Next to us a couple walks hand in hand. Their matching brown boots click in perfect unison and I remember the pair I tried on last night, their comfort now a distant, disappointing memory. I look down at my Danskos, their old dings and dents shining in the sun. I think I would rather stick out in Texas than fit in—or maybe I’m just afraid to ally myself with a state that has so little regard for its women. Afraid to try and carve out a space here like a real cowgirl would.

Amy Bernhard’s essays have appeared in The Rumpus, Catapult, VICE, Ninth Letter, and Vol. 1 Brooklyn, among others. She holds an MFA from The University of Iowa and currently she lives in Dallas, Texas, where she is a professor of creative writing at The University of Texas–Arlington. She is writing a book about the prison town of Huntsville, Texas. 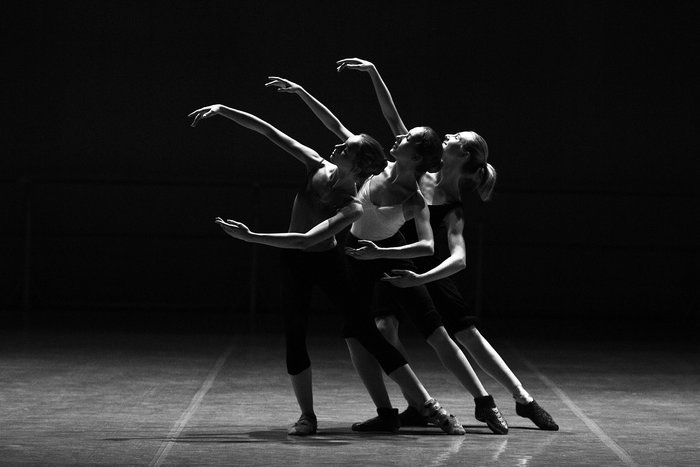 Memoir
A Body in Motion
A traumatic fifteen-hour spinal operation saved my life but stole most of my mobility and, thus, my dance career. It… 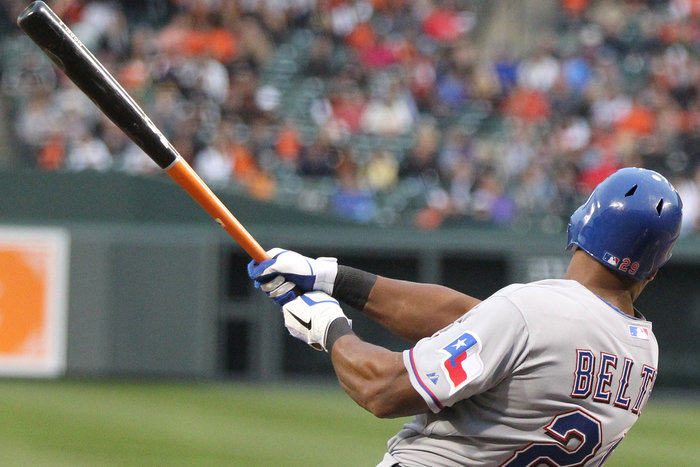 Paint the Corners
Heritage, Hate, and the Hall of Fame
Every day since November has been a drag. In the midst of its dog days, one weekend of well-deserved, inclusive, player…