I thought baseball would become political in 2017, but it only absorbed the frazzled, babbling-lunatic tenor of the country at large—which gives me hope for the game’s future. 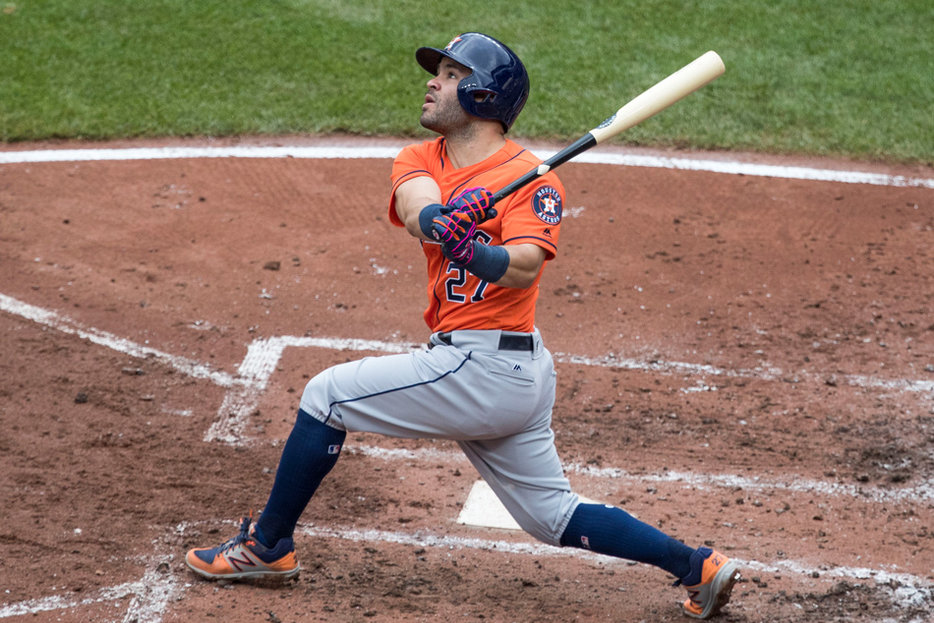 And just like that, it’s over. A six-month season, a month of wildly entertaining playoffs, a record-setting seven-game World Series that felt agonizingly close up to its final day, and now there’s a long winter before pitchers and catchers report. The final stretch of a baseball season is so unlike anything that precedes it, as if the whole sport suddenly switches genres from a low-key comedy to a grisly slasher. Throughout October, the games grow increasingly high-stakes until finally, with one mundane play (in this year’s case, a routine ground ball to second), it all just stops. November 2, the first baseball-free day since the pre-spring chill, felt longer than average, emptier. Every day since has, too. Except, I suspect, in Houston.

Back in April, I had only the vague feeling that baseball would be different this year. I thought that, surely, the closed world of Major League Baseball would be forced to address Trump, eater of worlds. One errant tweet, one notionally controversial player interview, and the game would collide with the president’s ever-ballooning ego like the rest of our culture. And certainly the wider game encompassed issues that Trump, through petty vengeance or mere incompetence, made his own, from the anti-Trumpcare banner that flew over Progressive Field in Cleveland to the long-awaited first knee taken by a ballplayer, the Athletics’ Bruce Maxwell. But these were feints, small nods to the reality of the current regime. Baseball, let alone the MLB, was largely unaffected by Trump. I spent the season combing for news stories that even tangentially gestured at politics, and though I always found them, they never cohered into a single narrative.

Instead, I came to a greater appreciation for the game’s capacity to mirror our culture. Of course politically minded story lines popped up in our most ethnically and racially diverse sport, the one whose player base and business interests now stretch from Gulf Coast junior colleges to Vilnius. The game naturally broadcasts our national reality back to us because it is diffuse and sprawling enough to still encompass it all—nearly 5,000 total games every season, played by men from all corners of the globe.

And so it felt almost fated, for example, that Bruce Maxwell initiated his offseason with a frightening-sounding incident in which he pointed a gun at a food deliveryperson. This was late October, right between the two mass shootings that have defined autumn 2017 in the United States. As if we needed further proof that our firearm worship constitutes mass psychosis, baseball was there to provide one small example of the derangement. And as Puerto Rico struggled to overcome a botched hurricane recovery and an open-shut case of contractor corruption, it was Kike Hernandez, consummate utility man and P.R. native, who hit a shocking three home runs to send the Dodgers to the World Series, where they played against a city that was itself reeling from its own environmental disaster. Baseball can be such a wonderful distraction from the sick, overwhelming world, but the closer you look, the more it resembles the world itself.

Last year’s playoffs took place at the end of a demoralizing, frightful presidential campaign that had seemingly upended the laws of societal physics. A man with no political experience could talk about his penis during a debate and still get a major party’s nomination? He could be caught on tape spewing the most crudely insulting, sophomoric sexism and still hold a chance of winning the presidency? The world seemed upside down, and so baseball obliged: the Cubs, for the first time in over a century, became world champions.

This year, the world isn’t caught in election mania, but everything nevertheless feels like it’s in free-fall. A new swarm of scandal and vulgarity envelops everything ad nauseam, without even a national election day on the horizon to act as a finish line. For months, our hopes have been pinned to some unsure, unknown legal reckoning by Robert Mueller, a revelation to ensure comeuppance or impeachment or even criminal charges, which will then give way to… something, surely, some kind of course correction, right? What would that even mean at this point? And so baseball obliged yet again, with a postseason where order of a kind has been restored: we came perilously close to the Yankees winning an AL pennant (just a few months after their owner compared players speaking about politics to a monkey showing its ass, no less) before the league’s two winningest teams ultimately met in the World Series.

There was a hugeness to this series—a sense, as with the daily news, that anything could happen and reality could pivot in an instant. A record twenty-five home runs were hit over those seven games, many of which either tied or reversed a lead. Astros star George Springer had a dismal ALCS performance against the Yankees, then struck out four times in Game 1 against the Dodgers, but starting in Game 2 he emerged as a titan, tying the record for most-ever home runs in a World Series and eventually winning the series MVP. Clayton Kershaw’s October heartbreak has long been the only moderately pitiable thing about him, but he had two incredible starts and four scoreless relief innings against the Astros. His reliably unhittable teammate Kenley Jansen, however, suffered a few scuffs to his armor by surrendering leads in Games 2 and 5.

This is America in 2017, so we had racial scandal, too, in the form of Yuri Gurriel’s horrible slant-eyed gesture mocking Yu Darvish. We had on- and off-field drama, including two extra-inning games, one of which went more than five hours, and allegations of a juiced ball. At least two players reported blackouts-from-joy, out-of-body experiences where sheer hysteria erased their memories. This is a nuttier, more fevered version of America’s pastime, a perfect fit for a summer in which multiple cities drowned simultaneously, Republicans repeatedly attempted to strip health care from millions, northern California incinerated, Las Vegas was turned into a nightmarish shooting range, and Puerto Rico nearly collapsed. Right on schedule, Robert Mueller announced his first indictments the day after Game 5, the craziest of the series.

I thought baseball would become political in 2017, but it only absorbed the frazzled, babbling-lunatic tenor of the country at large. If anything, this gives me more hope for the game’s future. The sport and MLB feel alive to the world. Baseball is in flux right now like everything else; the last three World Series have vanquished decades-long championship droughts, and would have done so even if the losers had won. The number of foreign-born players continues to grow each year, and the conventional knowledge about how to win a game or construct a team is seemingly revised after every season. For now, baseball is an exciting yin to society’s yang, proof that the unprecedented doesn’t have to be nauseating.

But let’s not get too rosy-eyed. The day after Game 7, two renowned New York-based media entities, DNAinfo and Gothamist, were unceremoniously shuttered by their owner, Joe Ricketts. The decision followed the writers’ vote to unionize, and a spokeswoman for ownership made it clear that the two events were related: “The decision by the editorial team to unionize is simply another competitive obstacle making it harder for the business to be financially successful.”

Funny thing, that. Because Ricketts owns another business, the Chicago Cubs, that has been wildly profitable of late despite its players being union members. If anything worries me about baseball and the game’s role in our culture, it’s the sheer profitability of it, and the narrow ways those profits are shared. It was heartwarming that the Astros’ owner Jim Crane, a billionaire shipping magnate, led the club’s $4 million investment in Houston’s post-Harvey recovery, but that was a crisis response. In terms of everyday economic implications, baseball teams are primarily a risk-free investment for the old businessmen who buy them.

As the GOP continues with a donor-demanded tax plan that would gut our remaining safety net and widen our already untenable wealth gap, it is hard to stay too excited about a league where failed fools like Jeffrey Loria can infinitely profit off their mismanaged teams and successful ones like Joe Ricketts can dissolve multiple newsrooms with a single memo. I don’t expect baseball will ever reckon outright with our Gilded Age income inequality, but if 2017 is any indication, the effects of that inequality will somehow make themselves felt in the game nevertheless. 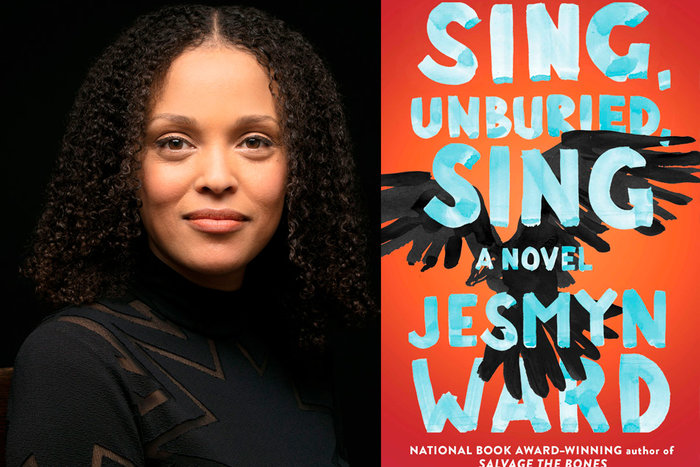 Interview
‘I’m Writing for Everybody Else, Too’: An Interview with Jesmyn Ward
The author of the National Book Award-winning Sing, Unburied, Sing on the pressure of accolades, discovering new…