All the Bros I Love Leave Me

The time I tried to seduce an employee of this magazine into becoming my friend. 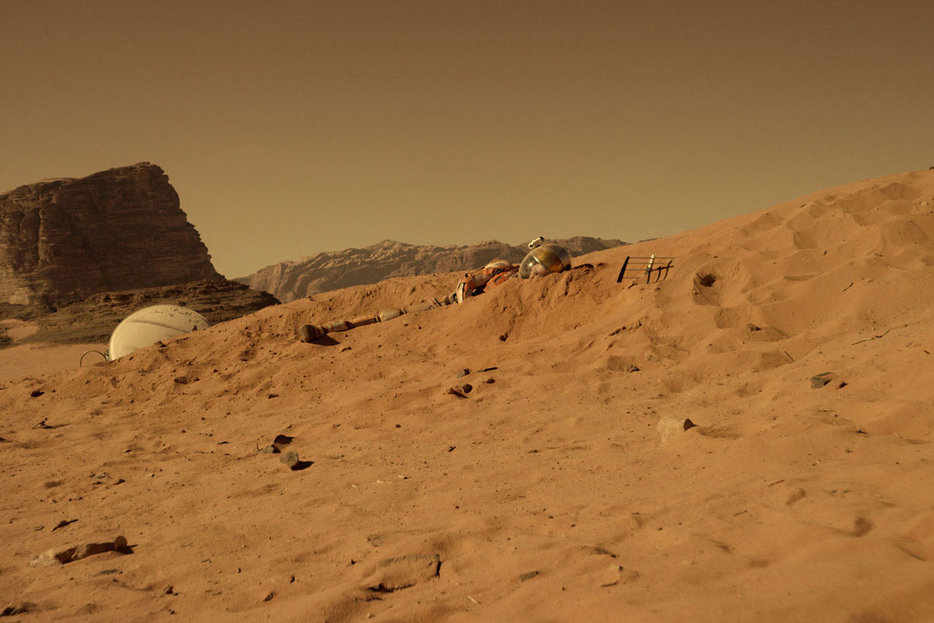 On a glassy, windy night, I tried to make an employee of this magazine like me. To achieve this, I used a kind of psychological warfare.

I met him at a cocktail bar, the kind frequented by people whose skin is nicer than mine. I prepared for our meeting like I would any promising first date. I hit myself with my better cologne. I chose my second best outfit, so I would look pretty good without exhausting the option to look even better in the future. I hoped I would luminesce. I rehearsed my facial tics.

I don’t have enough male friends. I want more, badly. Most of the bros I love leave me. What I want isn’t unreasonable, I think—I want someone I can watch a dumb movie with, someone who can appreciate the crunch of a fine noodle. I want someone to beat me at squash, or join me in taking the drugs I like. There is a simmering male rage I want to share with someone I trust—the fits of ugly Hobbesian irritation with the very existence of other people. Anshuman, Hazlitt’s art director and audio producer, seemed like maybe he could help remedy the situation. He has good style. He writes viscous, satisfying prose about wanting to be fat. He’s a podcaster with a good website. I hoped he, similarly, had holes in his life where I could be applied.

There’s this evil psychologist, Dr. Arthur Aron, who wanted to see if he could make people fall in love. The way he does this is by getting two people to answer a highly tuned series of increasingly personal questions; he locks people in a mutual confessional. The idea is that, since love proceeds to intimacy, maybe you can turn the causal arrow backwards—maybe you can artificially engineer intimacy to abruptly distill affection. The thing is, apparently, you can. Two of Aron’s experimental subjects married shortly after the experiment. They’re still together as of today.

I saw no reason this couldn’t work with two men looking for friendship instead of love. Many of my attempts at more organically formed friendship have withered with the same frequency that other organic things do. So why not try engineer it inorganically? Also, it seemed intuitive to apply a tool for creating romance to the creation of a friendship, because my best friendships have a romantic quality—I’m proud to display my friends. I come to adore the stupid parts of their bizarre lives.

Emotion is my favourite activity. I can’t play hockey worth a fuck, so I go to house parties, stumble into four-hour-long conversations with strangers, then barely speak to them ever again.

The questionnaire took about ninety minutes. Anshuman is a private guy, so I can’t tell you much about what he said. I wish I could—he’s a pretty compelling dude. Maybe I think so because a lot of our perversities turned out to be very similar. Much of our confessions might have been mistaken for quotations of the other. “I came instantly, out of pure fear.” “It was surprising to me that I could actually want to kill someone.” “When you love someone, everything about them becomes porn—their sweat, their stretch marks—even their crooked teeth.” “I wish I weren’t such a narcissist.” “I could hear her bones breaking.” “You should know that, if we’re friends, I’ll hate you a little bit sometimes, but only because I hate everyone at least once a month.” “I can still feel the sticky tar on my feet; I guess I could have fallen off the edge and died.”

Earlier, I wrote, “Most of the bros I love leave me.” Perhaps it was wrong of me to put that in the passive voice. Like many of my female friends, my taste in men is often regrettable—or maybe it’s their taste in me. I tend to hang out with guys I resemble—intense, slightly awkward guys trying to figure out how to make our alienation into something kind of pretty. This results in friendships that are either fractious or self-destructing. My one great enduring male friendship, with a brilliant writer (and Hazlitt contributor) named Stephen Thomas, works perfectly if we occasionally take a month or a year off from each other.

Meanwhile, I don’t talk to Jason at all now. He was weirdly handsome and totally full of shit. I wanted to seem more handsome by inserting myself into his mise en scene. This was a mistake. We met in university, the place where young men develop affectations. I was impressed by his totally made-up personality: the first time we hung out, a guy dropped by his apartment at 1 a.m. to deliver a piece of taxidermy. I moved into that apartment shortly after. He had the intense charisma of the insane; you got the sense, immediately, that he would fuck you over somehow—you kind of wanted him to. The excitement of searing ribs—we would cook elaborate dinners together—would make him yell, “We’re locking in the juices” while running up and down the hallway. The year before I met him, he listened to Roy Orbison exclusively. For three months, he read only an etymological dictionary. Our friendship essentially ended when he entered my bedroom in the middle of the night, demanding to know whether I had a crush on all the women he dated. I denied this, because it was true. He was more honest: he openly bargained with me about whether it was moral of him to hook up with an ex I was still enamored by.

Abe, on the other hand, I still see very occasionally, but it’s awkward somehow. Our friendship started in earnest when we went to a crumbling mansion together, to buy a strange piano from two alarming alcoholics. They assumed we were a couple. We went along with it; it felt good to call him honey. We lied that the piano was too big for the bungalow we were buying together. We left without the piano, to desolate streets in a dangerous neighbourhood where we talked about our penises. He was one of those brilliant men whose speech is seemingly an unprocessed glimpse into his internal monologue—it was very difficult to know whether any of the smart things he said were intelligent. He taught me some cool dance moves. Our friendship essentially ended when he confronted me in the middle of the night, demanding to know whether I had a crush on the woman he was dating. I denied this, because it wasn’t true, but I don’t think he believed me. I don’t think he would now.

The classic stereotype about male friendships is that they’re more “instrumental,” rather than “emotional”: women bond, men wrestle. Women share emotions, men share activities. I acknowledge this stereotype is sexist—there is absolutely no reason why women shouldn’t grow close over boxing, while men can absolutely get tight through mutual expressions of feeling. Nonetheless, it’s a tendency I’ve often observed to be accurate. The dudes in the kitchen at my work are incredibly close, but they wouldn’t be, probably, if they met at a book club—they’re brought together by their weekly butchery of a fresh pig. This kind of sucks for me, because emotion is my favourite activity. I can’t play hockey worth a fuck, so I go to house parties, stumble into four-hour-long conversations with strangers, then barely speak to them ever again.

After an hour of exchanging festering regrets padded by outlandish compliments, Anshuman and I seemed to like each other. He likes my silhouette—the way I hold my shoulders. He appreciates my arrogance—my, as he puts it, “flex.” He envies my command of the English language, which is funny, because I envy his. I admire his warmth. I like his salad-bar approach to masculinity: he wears fuzzy sweaters, but lifts weights with classic jock enthusiasm. He has a great smile. I envy the fact that his eccentricities seem to bring him closer to others, rather than further apart—something which absolutely isn’t true of me.

Among the things eye contact can mean are “I feel like I might want to eat you,” “marry me,” and “I am horrified by the person you’ve become.”

The last part of the questionnaire is easily the worst: you stare into your partner’s eyes for four silent minutes. Let me state the very obvious: Four minutes is an absolutely terrifying amount of time to maintain eye contact. Across the animal kingdom, eye contact is intense in one way or another. My uncle told me, once, to never maintain eye contact with poisonous reptiles. Among the things eye contact can mean are “I feel like I might want to eat you,” “marry me,” and “I am horrified by the person you’ve become.”

A lot of internal psychic shit happens when you stare at someone for four straight minutes. A nonverbal intensity yields, shortly, to total panic. You wonder if your phone timer will fail somehow—if you’ll end up staring at your partner forever, lost in an eternal game of emotional chicken. Micro-expressions flicker between your facing faces; a brief half-smirk receives a twitch of the left eyebrow in response, which in turn prompts a brief flutter of the nostrils. Also, when you’re close enough to make eye contact count, you have to choose to look directly into one eyeball or the other, which makes you conscious of just how strange it is that much of your world is enabled by pale round wet wads of mucus-y muscle, dotted with holes where the light falls in.

This final four minutes is really the most genius part of the social surgery Dr. Aron developed. More than anything, when you make a new friend, you’re conferring upon a stranger the immense power to fuck with you. It requires you to want to be vulnerable. Which, generally, I don’t—or I want it in the same way I want to run a marathon: both very much and not at all. I’m not really guarding anything, I suppose, other than the power to be guarded—I project this big human force field covering nearly nothing. Apparently, all that can be ruptured in four minutes of looking at Anshuman. Maybe the same is true of him. I don’t know that yet.

The timer went off. We broke eye contact. Anshuman walked me back to my bike. We chatted nervously about nothing in particular. Back out on the strip, pretty people emptied out of bars, in happy-looking little clusters. Anshuman is a sumo enthusiast; we made plans to watch the upcoming championship. Then we walked away. 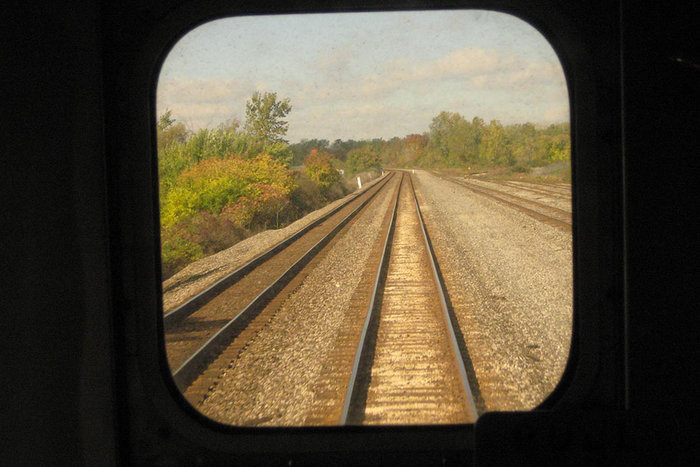 2015 in Review
The Year in Found Families
We’re reminding each other that the time to make up our minds is never. 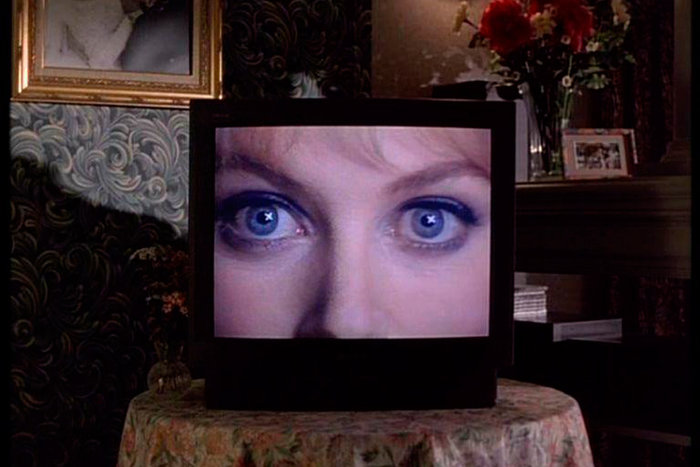 Culture
Things That Ordinary People Wouldn’t Do: To Die For at 20
Gus Van Sant’s 1995 adaptation of Joyce Maynard’s novel revolved around self-control under observation. Two…