The Science of Bringing Back Dead Animals: An Interview with Britt Wray

The author of Rise of the Necrofauna on cloning departed pets, important beetles, and the power of the northern white rhino. 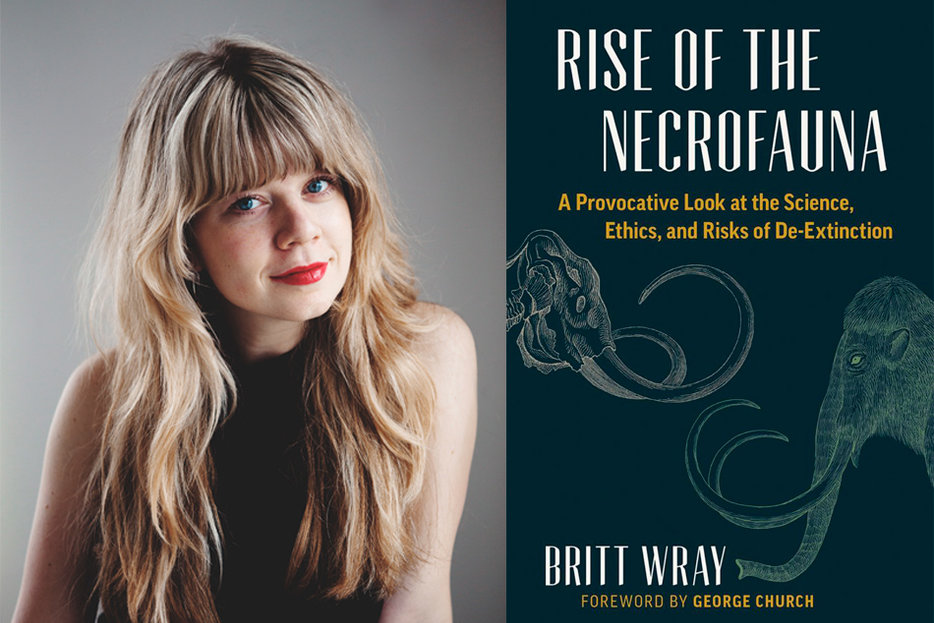 Britt Wray’s Rise of the Necrofauna (Greystone Books) is one of those whirlwind books that purports to be about one topic, but ends up taking you places you couldn’t have foreseen. In this case, the topic is the science of de-extinction: the process of resurrecting endangered species, à la Jurassic Park. This is something that’s actually going on, albeit in a less contrived fashion than in Steven Spielberg’s movie. Brilliant men and women around the world are trying to bring back the passenger pigeon, the wooly mammoth, and the white rhino, for reasons that have to do both with saving the world and entertaining human whimsy. As Wray, who co-hosts a podcast on BBC called Tomorrow’s World, takes you through this weird field, she explains basic genetic engineering, the truly intimidating genitalia of elephants, the history of pigeon hunting, and almost everything else.

Sasha Chapin: One thing that struck me about this book is that, after I finished it, I knew a lot about de-extinction, but I wasn’t really sure what your personal opinion on it was. Do you have an overall for or against view? Is there a central emotion that sort of grips you?

Britt Wray: My overall emotion is not what guides my work. What guides it is a deep curiosity. I was troubled by de-extinction, but that made me curious to discover the motivations of the scientists who are doing it, and who they are as fuller humans. I like looking at scientists as much more than just the science. I like to situate them in the messy human web that they’re swimming in.

This is a field that’s marching ahead certainly with or without me. I think what my work in this area can do is make a palate that the general public can taste from. There still is a general sense that science is exclusively for scientific people. But it’s not. It’s something we can all be involved in, and it’s something that we definitely all have a stake in, because we’re talking about a fundamental redesigning of a lot of the natural world.

Right, we’re all downstream here. We have scientists in rooms somewhere and once in awhile they totally change our landscape. You’re just trying get in front of that a little, and warn yokels like me about what’s going on.

Downstream is a helpful term, yeah. What I am trying to do is push the conversation a bit more upstream. De-extinction is one tiny slice of a much bigger panoply of work that’s dealing with redesigning natural systems. We are starting to do work on genetically modifying humans, and not only just for relieving people of disease states, but also potentially for genetic enhancement as well. I think it’s important for people to know about this.

So you don’t consider it your role to adjudicate and decide whether de-extinction is moral or good.

No, no, no. I don’t. I do feel absolutely uncomfortable saying that I’m pro-necrofauna and I’m not going to sell it in that way. What I’m trying to sell is a forum or an arena or some kind of agora where people can come and notice that there are so many issues here.

If we’re going to see recreated woolly mammoths, that has benefits, but that also has violence and the violence is sometimes concealed. For example, if we do de-extinction with cloning, that means sacrificing a lot of animals along the way before cloning starts to work.

You have to torture and probe and prod lots of animals.

I don’t know about torture, but you do have to probe and prod animals to get their regenerative cells for cloning, as well as turn them into surrogate mothers, and often it just doesn’t work—embryos fail or animals die soon after they’re born.

It seems like there’s this divided purpose with de-extinction. On the one hand, there are potentially noble motives here, related to conservation and so on. On the other hand, it’s like, passenger pigeons are really cool, let’s do that.

Correct. And it’s interesting because it’s a double-edged sword. One of the scientists in the book, Thomas Gilbert, said, look, let’s resurrect the Christmas Island rat. It’s not exotic—we already understand the rat system so well that we can probably get what we want very quickly.

But precisely because the Christmas Island rat didn’t have people power, it was shot down by the advocates in the room who wanted to create something spectacular because they’re aware of the PR value of resurrecting passenger pigeons. I mean, we’ve got lots of pigeons now, but we don’t have pigeons that flocked in the billions and disturbed the northeastern forests of the United States.

That’s why the book is called Rise of the Necrofauna. It references Alex Steffen, the futurist, who said, “Are we only going to make charismatic necrofauna?” As in, maybe we shouldn’t just bring back these dead animals that make us feel good. How do we pick? It’s so arbitrary. Will we choose animals that cheer us up and let so many important beetles and rats remain extinct forever?

Is there any particular animal or project that you’re sentimentally attached to? It seemed like you were rooting for the Northern White Rhino.

Yeah, that would be my vote, if you’re allowing me to choose them as part of de-extinction. Because they are pretty much a dead species walking—they can’t reproduce naturally. But there is an ecosystem available for them. If it weren’t for poachers they’d be able to live there. As well, I went and visited them, and I was duped by how powerful that was.

In general, how optimistic are you about humanity’s ability to play god?

I get more dread than optimism. But I wouldn’t want to shut it down. We’re facing a lot of crises, and we have to be innovative. But while we’re doing de-extinction, and geo-engineering, and other things, we haven’t stopped our industrialization practices and things that are despoiling the planet. We’re coming up with these solutions that are sometimes bandaids and don’t get at our issues at a root level.

So you’re sort of wary of human civilization becoming this sort of patchwork of temporary technological solutions.

And then there’s the idea that this planet is not going to be habitable, so let’s go to Mars. I find that a bit sad.

You wish we’d just get along with this planet better.

I wish, but I don’t see it happening.

So as de-extinction progresses, do you think there’s going to be an emerging market for sort of designer animals, like fun little hyenas that can play with your kids?

Well, we already have GloFish—genetically engineered fish with bright blue or neon or orange pigmentation that isn’t natural, so they’re all rainbow coloured in one little school and you can have it in your bowl. And we have cloning of dead pets. As long as you put your dead pet in fridge and get the cells out, you can have a company in South Korea recreate your favourite dead friend. And I think these things will ramp up and get more sophisticated.

Do you think that’s a testing ground for weirder things we’re going to try on humans in the future?

Yes. We’re already genetically modifying humans. And as these tools get sharpened in non-human animal work, it sharpens them for use in human cells. The sophistication allows all boats to rise together. Consider what we’ve seen with a tool like CRISPR. It was only discovered as a genetic engineering tool in 2012, but in five short years it’s gone from being an obscure technology to being absolutely ubiquitous. Even pretty low-grade labs use it.

Yeah, exactly. And it can penetrate every living platform from bacteria to plants to animals to humans. This is an opening, blossoming field with a lot of promise in terms of curing genetic disease. But It’s going to go way further than that. Way further. Especially with artificial intelligence coming into the bioinformatic space. We’re going to learn a lot more and at a faster rate. We don’t actually know a lot right now. At this point in time it still is very complicated to know what could code for some sort of phenotypic thing like super tall babies.

So we’re potentially entering a feedback loop where machines that are smarter than us will examine our genome better than we could and tell us about how to reprogram ourselves to make us taller and stronger.

I think that might be the direction. There’s a really interesting company out of the University of Toronto that’s actually doing this, artificial intelligence for genomic analysis called deep genomics, and they’re kind of at the cusp of this stuff, but that’s the next step beyond the book. To be clear though, they’re not doing it for human enhancement. They’re doing it for medical insight. 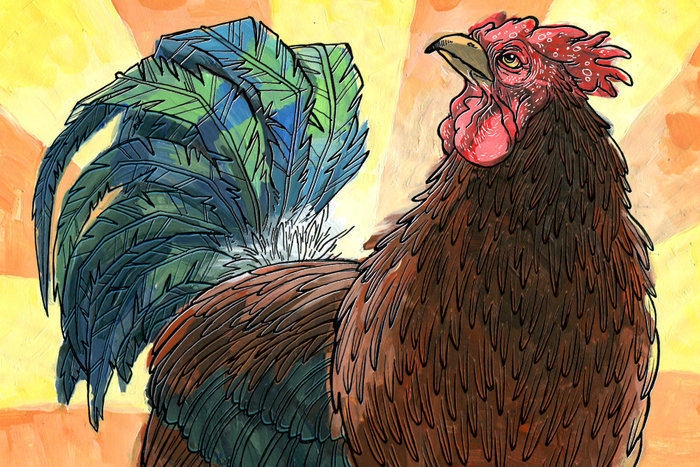 Animals
The Life of Caesar
On an undefeated star of a controversial sport. 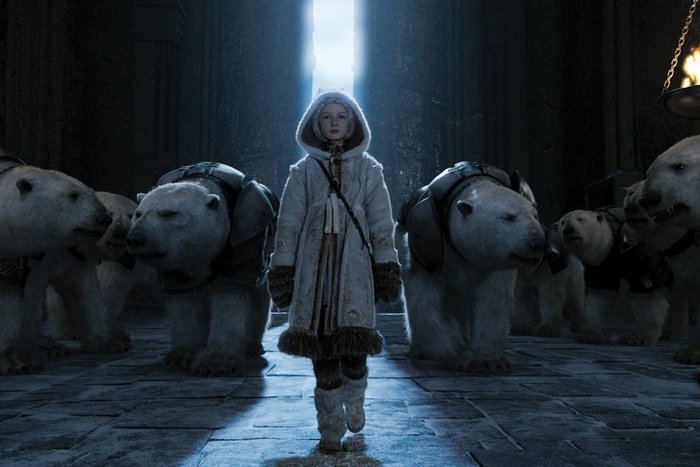 Close Reads
What Is Given, What Is Earned
Discovering the balance between grace and effort in Philip Pullman’s His Dark Materials trilogy.