A record of my failure to understand the world’s greatest living chess player. 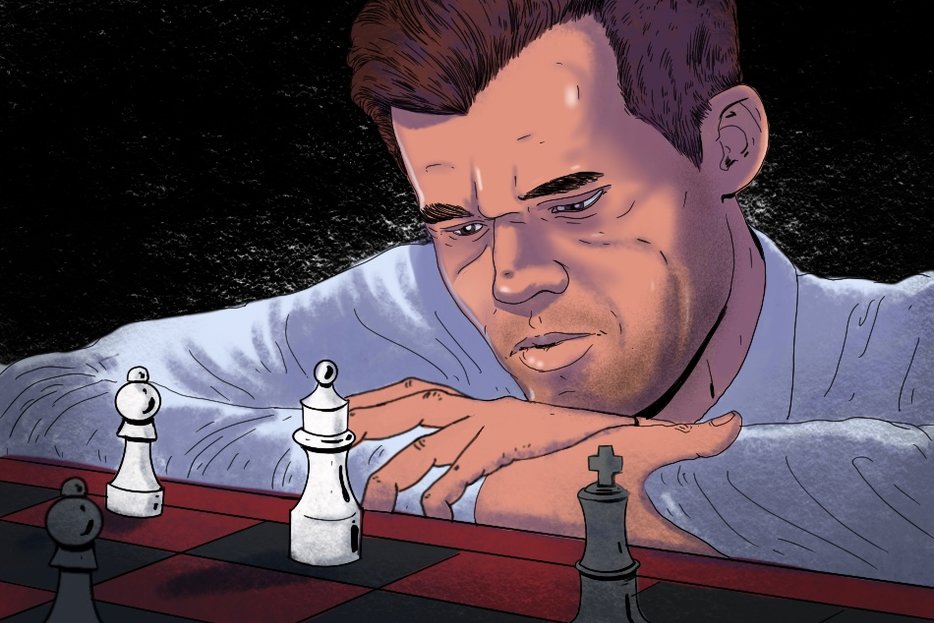 One of my issues is that I don’t have Jesus, so I don’t know what to do. There is no one personal exemplar whose behavior I can imitate in moments of doubt. I have to try and figure out how to live, in real time, and what I should be living for—what I should hope to achieve with my limited energies in this briefly available life. This is a huge problem. A bigger problem than it might first appear, since human beings are, fundamentally, imitative creatures—we’re just slightly differentiated copies of each other. While it’s true that we’re individually quirky, our quirks are built upon a massive superstructure of beliefs and values we’ve taken from other people. Nobody arrives at their principles through self-directed philosophical reasoning from zero. We just steal stuff and make slight adjustments to it. We try our best to be acceptable people by fashioning ourselves out of scraps of human material we find lying around. And this is true whether we’re talking about how to pick a romantic partner, decorate our apartment, or almost anything else.

This is mostly a good thing. It just makes sense to copy the wisdom of authority figures, most of the time, since, let’s face it, you and I are not so smart. We can’t figure everything out, and even if we could, it would take too much time. Our environment is more option-rich than ever—even choosing a beer can require processing a tremendous amount of information. Given that we’re going to die, we shouldn’t spend all of our time figuring out what to do while we’re alive. And this is especially true in times of crisis or even minor difficulty. When shit is hitting the fan, it’s probably best to imitate a competent person whose behavior we’re familiar with, rather than try to invent some half-baked solution while the situation is degrading around us.

But, if you don’t have Jesus or another central figure, which competent people do you emulate? It’s probably a big mish-mash with no one person in charge. That’s how it is with me. For example, these days, I’m interested in imitating Tyler Cowen, Octavia Butler, a barista at my local café (he just seems so grounded), my fiancée and my in-laws. I’m always looking for another person whose characteristics I can graft onto my own.

Sometimes, this effort fails. It has failed most spectacularly in the case of Magnus Carlsen, the World Champion of Chess. He’s a man of frankly annoying brilliance. At thirteen years old, he achieved a drawn game against the former greatest player of all time, Garry Kasparov, slayer of IBM’s Deep Blue. And, since 2013, when he took the world title at the age of 22, he’s never come close to losing it. I have tried to study his life in an effort to siphon off some of whatever powers his intellectual dominance. I have learned nothing. This is a shame, since I spent years trying to become a great chess player, and his guidance would have helped. However, after much detailed examination of his life and work, he remains inscrutable, and I remain a hapless screwup on the chessboard.

This is a record of my failure to understand Magnus Carlsen.

Chess players generally do a terrifying amount of mental work. Being at the highest level requires a lot of cognitive load on the board, and off the board. But there is one player who manages to do quite well without studying much at all—obviously, it’s Magnus Carlsen. He’s infamous for preparing far less than other players. He likes lying in a hammock and playing soccer. He says he’s just less fixated on the game than other people are. “It’s easy to get obsessed with chess,” he says. “That’s what happened with [Bobby] Fischer and Paul Morphy [the game’s first great player]. I don’t have that same obsession.”

So, why does this work? Potentially, it might be good because it creates levity. Since he takes things less seriously, he’s less concerned, so his thoughts are clearer when he’s at the board. Also, Magnus has created a style around his lack of scholarly appetite. He tends to steer games towards positions that require less preparation—generally, you have to prepare for positions that are complicated and offer many chances for failure, since these are harder to work out in real time and the penalties for failing to understand them are more dramatic. Magnus avoids these situations as much as he can.

The lesson here, maybe, is that if we want to succeed in our endeavours, we should organize our lives such that our activities require less planning and preparation, and then aim to minimize our stress as much as we can, such that we can execute our carefully chosen tasks calmly.

But, okay, on the other hand, maybe that’s just silly, empty conjecture. With respect to chess specifically, maybe Magnus just gets away with being lazy because he has raw talent. For a few weeks of my chess career, I tried to study less and be more relaxed, in imitation of Magnus, and my chess suffered horribly for it. And, as for not-chess, the question of whether you’re working hard enough seems so utterly context-dependent that having a general dictum about it is worthless.

This is complicated by the fact that, lately, Magnus is working harder, and performing better. He’s now preparing for games more, and he’s gone from being slightly more effective than anyone else in the world to being dominant on a preposterous scale. So, what do we do? Should we work hard to excel, or just engage in carefully planned non-effort? Who the fuck knows? Not me.

Magnus is working harder. But that’s not the end of the story. The work he’s doing is really peculiar.

Magnus is doing a lot of computer preparation, something he forsook in the past—but he’s preparing lines of play that the computer thinks are not that great.

This is a hilarious development that actually makes a fair amount of sense. Magnus is making a correct observation about the nature of computer evaluation, which is that it’s not 100% relevant to human play. See, when a computer says a position isn’t good for the white pieces, it’s opining that it, the computer, could win the upper hand with the black pieces. Which is cool and all, but Magnus isn’t playing computers. He’s playing the most computer-like humans in the world, but they’re still likely to make mistakes, and therefore probably can’t find the computer-perfect line of play that makes Magnus’s position slightly dubious.

Thus, he’s seemingly assumed that if he likes the creative possibilities in a position—the kind of long-term plans available, or just the aesthetic feeling of it—he can outplay his opponent, even if he’s technically at a slight disadvantage. And he’s right.

Again, compelling. Again, suggestive of a fun and profound-seeming takeaway that could probably be massaged into a best-selling self-help book: that often, the optimal strategy will actually look like a mistake, based on the assumptions of the old strategy. Accordingly, if we want to come up with a genius new way of doing things, we should look first to things that seem unlikely or silly. Like George Costanza, we should at least consider doing the total opposite of what we’re currently doing.

Magnus is doing things that seem a little crazy to the uninformed, but are not, in fact, that strange to someone who has his highly specific knowledge. Good for him! Not good for those who want to imitate his success.

Magnus has this weird dead-eyed look on his face a lot of the time. It’s the kind of seemingly vacant gaze we associate with stereotypical depictions of stupidity or advanced neurological illness, not something we’d expect of the greatest chess player of all time. He and I have been in physical proximity once. He was stalking down a hallway in the Netherlands, after a difficult game at a tournament I was reporting on, and his eyeballs moved not a bit. As he brushed past me, his stare was settled on a point just in front of his face, and he followed that point down the hall, as if his head were tethered to the hand of an invisible puppeteer.

I have wondered what it looks like in there, in that point. In that mental space he carries around, that he enters while the world spins about him, and exits just before delivering a winning move. I’d like to ask him how his private mental playroom is furnished. But I suspect that whatever he’d have to tell me would only baffle me further.

As much as we all have to look for exemplars, we also have to be aware that sometimes this won’t work. To assume otherwise is to assume that there’s nothing irreducible about a person. That the gestalt that makes a given person extraordinary is composed of elements that can be neatly carved at the joints. That, effectively, I could be taught to act as you do.

Imitation, as they say, is the sincerest form of flattery. But perhaps failed imitation is actually going a step further. To be able to say to someone, after hours of studying their every characteristic, the following: I’ve tried, but I cannot reproduce you. 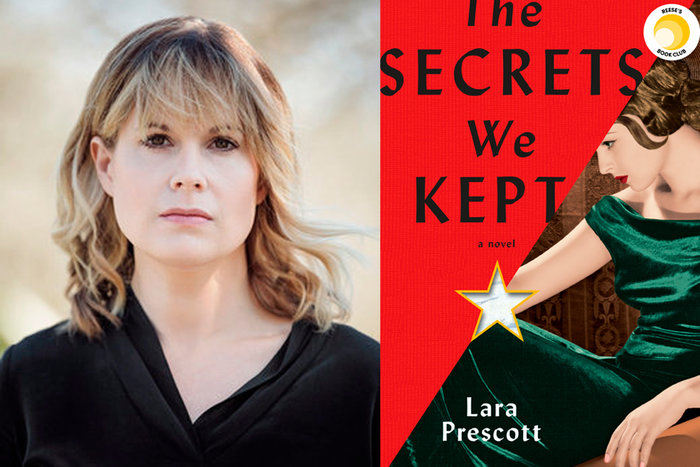 Interview
‘The Quest for Power Has Never Ended’: An Interview with Lara Prescott
The author of The Secrets We Kept on Doctor Zhivago, the Lavender Scare, and book burning. 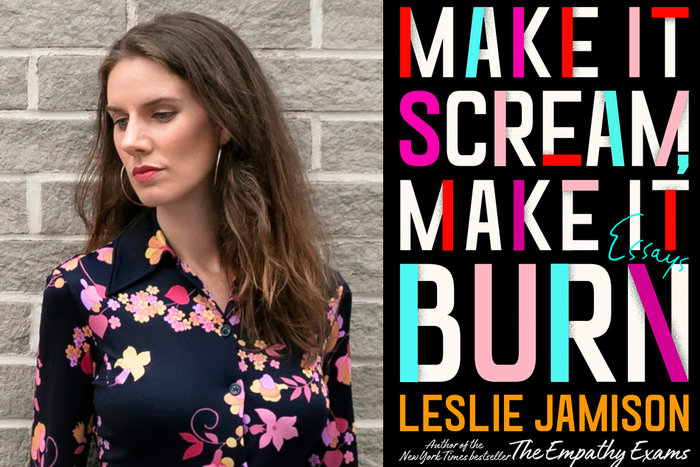 Interview
‘Owning the Taint of Artistry’: An Interview with Leslie Jamison
The author of Make It Scream, Make It Burn on being skeptical of skepticism and championing the ordinary.