Nine Short Essays About ‘Someone Great’ by LCD Soundsystem 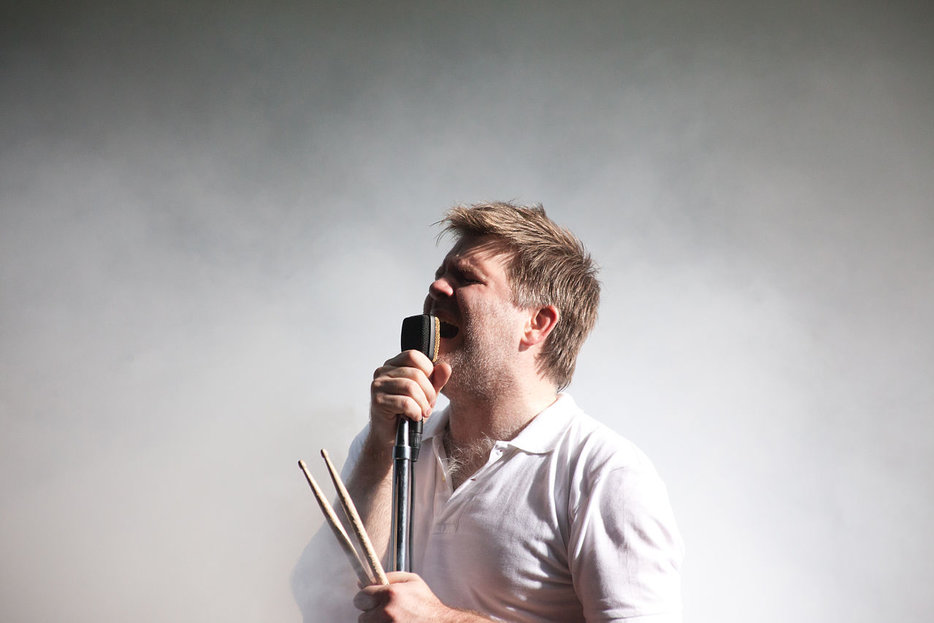 1. What do those humming sounds at the beginning of the song remind you of? Personally, I always think of grocery store freezers, the sound of which falls into that wonderful category of “almost music.” Like the occasionally sweet scrapings of a tram-car, or the borderline drumming of a forceful rain. There’s a lot of excellent ambient music being generated by our surroundings. Poignant, emotional stuff. But, usually, I don’t pay attention to it, unless I’m pointedly avoiding another sensation. Like how, at the dentist, I’ll mentally harmonize with the drill so I don’t think about what it’s doing. Or how I realized, during my ex-girlfriend’s accomplished description of my emotional problems, that I really like the sighing sound of passing cars.

There was a cool night outside. The wind was yelling in the trees. Crickets were talking about whatever. What I wanted was silence, but there’s really no such thing. Even in the most soundproof rooms, you can still hear your heartbeat. Sylvia Plath famously called it “the old brag of my heart,” but in such moments, my heartbeat always feels like an apology. Sorry this is still happening. Poom-poom. So sorry. Poom-poom.

All through the song, the freezers keep going. They’re slightly dissonant, almost wrong. Over the course of a decade’s obsessive listening to this song, I’ve heard it all sorts of different ways. Sometimes, rather than focusing on the lyrics, or the beat, I zero in on those weird freezer sounds—the noise that precedes and outlasts everything else.

2. Walter was a garbage collector—one of many in my neighbourhood, who made a little cash from collecting bottles and cans and returning them to the liquor store. Every morning, he’d stop by while I was smoking on the stoop, and tell me what he’d found. Sometimes there was treasure. An expensive pocketknife, or a birdwatching guide. Walter said that these moments made a hard job worthwhile.

His job was hard because, first of all, garbage, but secondly, because he had to compete with a whole cabal of old ladies who had their own rival operation. He showed me a little map, a very detailed map, of all the neighbourhood alcoholics, in whose bins could be found endless paydirt.

It was a great little friendship. But I screwed it all up when I told him I wanted to write a story about him. He immediately accused me of being a spy—a covert representative of the other collectors, who were all trying to crack his secrets. After that I still saw him in the neighbourhood but he didn’t make eye contact.

3. I know there’s a new LCD Soundsystem album coming out. What I’ve heard so far is good. Whatever. I’m writing about the old shit. Because the new shit could never hit me in the same way.

Sorry, James Murphy. Not that I think you’ll take it personally. You know about the power of the music of youth. That’s why most of your best songs are ripoffs. It all sounds like New Order, or Talking Heads, or Heaven 17. Because those are the artists who first terraformed your insides. They gave you feelings you can’t ever have again. Feelings you gave me, the first time I heard your second album.

You know this song is special, too. During what was supposed to be your last concert, after you played it, you retreated to the corner of the stage, and you had a little cry. You had a little huddle with Nancy, who comforted you. (She’s the keyboard player, maybe the one making all the freezer sounds.) Who could blame you? Being haunted in your apartment alone is hard enough. Being onstage for the last time, I imagine, has a way of inflating all that jiggery-pokery of the soul.

But it wasn’t the last time. Because you’re back now. Playing shows again, making new music. Given how much of a music nerd you are, you know how badly comebacks usually go. (For every Leonard Cohen, there’s a thousand Frank Blacks.) It doesn’t matter, though, does it? You’ve got to keep trying, even though failure is nearly assured—you’ve got to keep attempting the capture of what looms inside you. Even though you can’t possibly, because, as the song goes, it keeps coming. It grows and grows. And yet, you can’t stop reaching out, as far as you can. You have no choice.

4. Rumour has it that the song is about the death of James Murphy’s therapist, Dr. George Kamen, to whom the album is dedicated. The interpretation fits the lyrics well: “I wish that we could talk about it, but there, that’s the problem.” In the context of a doctor/patient relationship, this is clever: Murphy called Kamen whenever somebody died, and then Kamen went and died himself.

But the rumour is incorrect. I know who the song is about, and it’s not some dead Bulgarian doctor. First of all, the person the song is really about is not dead. Secondly, to my knowledge, she’s never met James Murphy. Strictly speaking, she never actually existed, being that she was a fantasy I rudely assigned to a real person—an excellent person, really, but not the boundless rescuer I’d thought she was, the suture for my nonspecific wounds. James Murphy has never revealed her name, and neither will I.

—Cut an onion in half. Throw it in a saucepan with a can of diced San Marzano tomatoes, and half a stick of butter. Boil it until it’s reduced to about 70% of its original volume. Season to taste.

—Boil spaghetti in generously salted water. Wait for it to get nice and toothsome.

—While you’re waiting, try and identify what’s going on with your sense of being somehow alone on the planet. Is it abating? Or are you just getting used to it?

—And also, what happened with all that stuff you used to be passionate about? The German poetry, the documentaries, and so on. Whatever you thought about in school. You got distracted somehow. Diverted by all that laundry and that career stuff. Then the diversions became mostly everything. But that turns out to be okay. You can have lots of fun decorating your living room, and kissing your girlfriend before the void. Sometimes you cook dinner.

—The sauce and the pasta are burning. You forgot about both of them. Disconnect the smoke alarm, dump the burning food in the sink, and go out on the deck.

—Outside, the city, below you. Just beyond your view from four stories up, everything is going on. A dog is reading the instructions it finds in the pee of another. In a barely lit room, an atom-splitting gaze arrests its human object. And you, a soft, peachy coward, safe for the moment, alone on a Sunday evening.

6. Everyone should date my girlfriend. But I am, so you can’t. Sorry about that. We have a great time. It’s the best relationship I’ve ever been in, and every day I learn more about love. Sometimes we drive to a mafia-owned bakery that’s open 24 hours, and nervously eat calzones under the fluorescent light.

But nostalgia is immune to this knowledge—that I’m happier now than I ever was. Nostalgia says, “remember when your heart felt like neon wine, and you were drinking it through a crystal straw?” It sits ready, somewhere in a special foxhole of grey matter, waiting for the slightest moment of discontent or unease. Springing all over the mind, it says, “you were tremendous once. How did you arrive in this dreary circus?”

7. Any time you spend with someone could be the last time. Which is so weird, because, usually, you don’t know that’s the case. Nobody tells you. Fate never says, in a buttery murmur, that after this brief chat, you won’t see Jimmy again on earth.

Every remark is potentially final—potentially the last thing you tell a friend before they die, or just go somewhere. Most are wildly insufficient for that purpose. For example, scrolling through Facebook Messenger, I see that the last message I sent to Jill was: “nice nice re: format.” Imagine if she never heard from me again. Bye, Jill. Nice nice re: format.

Most people I’ve ever met, in fact, I’ll probably never see again. All those kids from school. We’ve already exchanged our last looks, our unceremonious farewells. Troy saw me last when I was being pushed into the mud by another boy. Pippa gave me a concerned look as I left the party abruptly. My grandmother was having trouble eating a biscuit. “That’s kind of gross,” I thought. She was a good person.

And at some point, I’ll have trouble eating biscuits, too. My jaw will weaken, and my gag reflex will lose its refinement. “Are you okay?” my currently unborn nephew will say. A few hours later, I’ll stop breathing, after saying something pithy, like, “could you pass me the tissues.”

8. “You’re smaller than my wife imagined / surprised you were human.”

9. It’s easy to be good to someone when you no longer exist. Your coffee breath no longer lingers in their nose. Your head doesn’t stain their pillow. Once or twice you let them down—neglected their emotions simply because you couldn’t be bothered. That doesn’t happen anymore.

You never tell them the same stories twice. You never tell them a story at all. You watch their story elapse, from a brief, impassible distance, just around a corner in the sky. Their bar mitzvah, their recitals. They do a decent job of being alive. Not perfect, but pretty good. You praise their little foibles. The fidgeting nobody else can see.

You get prettier, too, when you’re not around. Your less appealing angles forgotten. Your yellow teeth. The kind of impressionistic soft focus that flatters everyone. All of that sweet Terrence Malick garbage. That’s how they see you.

And downtown, they walk beneath condominiums that make expensive shadows in the post-rain air as thick as cake. They occupy the very last parcel of oxygen on the rush hour bus. They feel dirty, and when they get home and wash the dirt off, they feel old. “I should catch up on email,” they say, to nobody in particular.

Who could forget you? Everyone. But only partly. 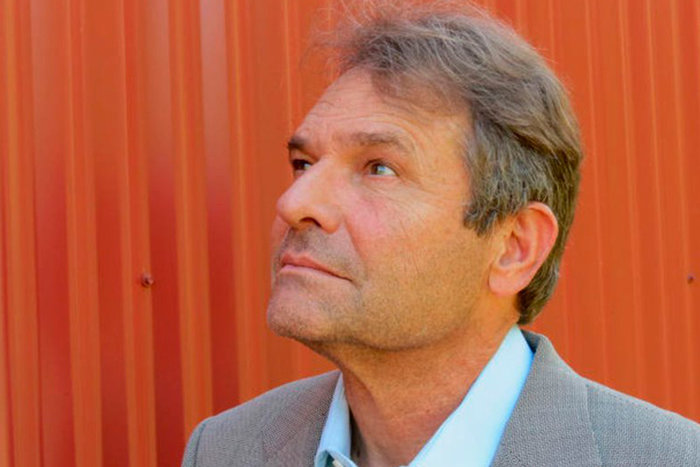 Essay
The Gift of Denis Johnson
For two years after one of my closest friends killed herself, I thought my grief and guilt were meant only to be… 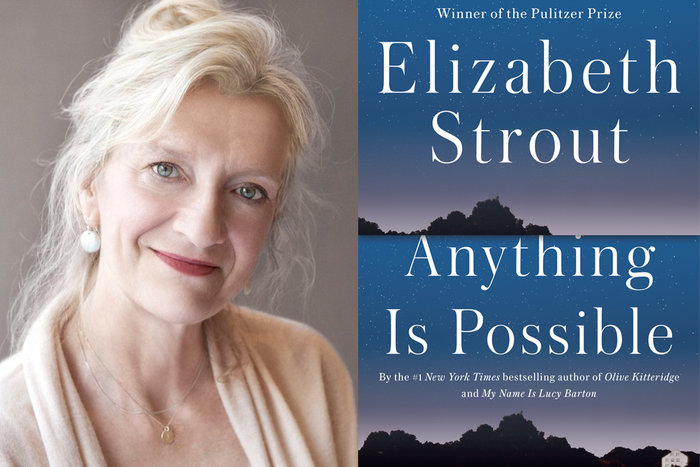 Interview
‘If I’m Writing About Anybody, it’s a Political Statement’: An Interview with Elizabeth Strout
The Pulitzer Prize-winning author on her new book, Anything is Possible, being a natural observer, not judging your…

The Science of Bringing Back Dead Animals: An Interview with Britt Wray
Sasha Chapin
Growing Up Emo
Kristen Martin