So, seven episodes of True Detective down, one to go. I don’t entirely know where we’ve been. I have no idea where we’re headed. I guess I know where I am right now, but that could be a lie. 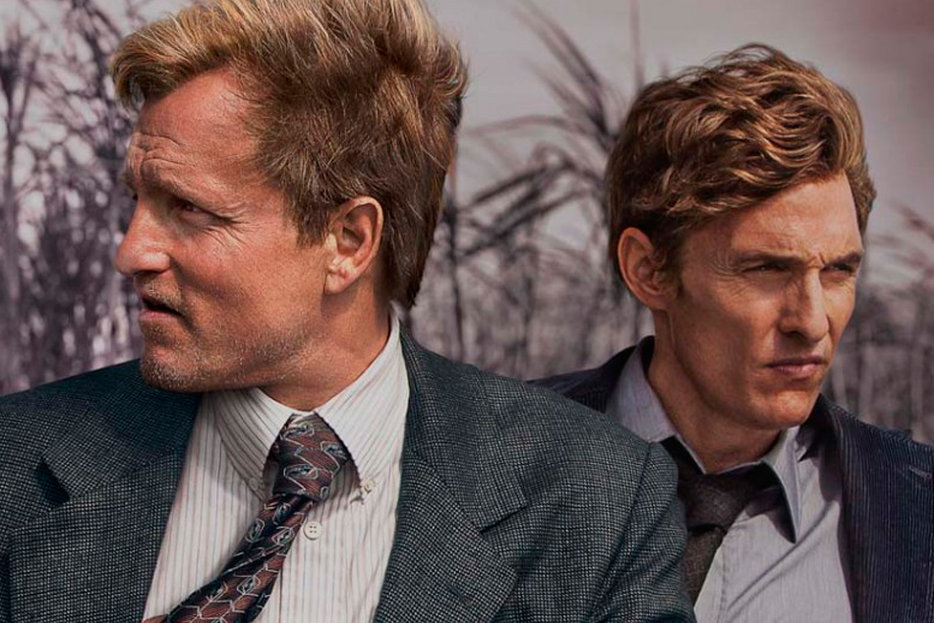 BETHLEHEM SHOALS: So, seven episodes of True Detective down, one to go. I don’t entirely know where we’ve been. I have no idea where we’re headed. I guess I know where I am right now, but that could be a lie. Pasha, some help?

PASHA MALLA: Episode 7 seemed to most explicitly foreground True Detective’s intentions, at least as I see them. Woody Harrelson’s Marty Hart claiming that he’s writing a true crime novel has been the most meta moment so far, and Matthew McConaughey’s Rust Cohle twice talked about how his life was a circle, or a spiral. Also, the schlocky moments felt especially schlocky. I’d like to think this was intentional, but the episode featured a repeat interview with yet another crazy person that also descended into a bout of revelatory histrionics, and the ease with which Rust was able to convince Marty to join him on this old case due to “a debt” was a little far-fetched. These are conventions of pulp fiction, which I think we’re being trusted to accept as such, but what is the show going to do with all this alleged self-awareness in the end?

SHOALS: I’ve convinced myself that the previous two episodes, while way less satisfying than what came before, are going to prove themselves structurally necessary. A show this acclaimed can always fall back on the “would play better as part of a binge-watch” crutch; applying the standards of recap culture to a series meant to play as a “visual novel” (in David Simon’s immortal words) seems a little misguided. That doesn’t mean, though, that episodes 6 and 7 have me on the edge of my seat for the finale.

MALLA: We know the answers to the mystery, more or less—it’s the work of a ritualistic death cult that may reach as high as the governor’s office—and have for some time. And now we’ve seen Scarface (right?) and heard hints that at least one of our heroes might die—or be reborn, whatever. So if the show really is more than just a fun piece of whodunit TV, I’m most interested in the “agenda,” which series creator Nic Pizzolatto has spoken about becoming “clear.” (And sort of dreading it at the same time, and also hoping for something exciting and unexpected to happen.)

SHOALS: It’s not just that we’ve gone from turgid weirdness to something way more conventional; I kind of welcome the show going back to its roots, as it were, and making us reconsider all that frantic, Rust-like theorizing the Internet did about True Detective’s meta-mysteries. It’s that, as you say, things are feeling a lot more pat. Maybe we’re in that rut where self-awareness is virtually indistinguishable from the thing itself—where commentary on true crime is reduced to mimicking the genre with uncharacteristic blandness. If so, I’m left wondering why a show that has been, above all else, impeccably crafted, would opt for this kind of self-sacrifice; I’m not sure why regression back to genre has to be so notably reductive. The show played it straight at first and plenty of people loved it, but these last two episodes sure felt like going through the motions, and I don’t know why. There has to be a why, though, right? We have to be headed somewhere?

MALLA: Part of me wonders if the point, such as it is, has to do with implicating us as viewers, or spectators, who view all this as entertainment. When Rust admits that he had to watch the entirety of that video of the rape/sacrifice of Marie Fontenot, which Marty shuts off in disgust, I was reminded of the novel 2666. I know a lot of people who gave up on 2666 when they hit “The Part About the Crimes,” which is an onslaught of horrors, an unrelenting taxonomy of women being savagely, ritualistically raped and murdered; Bolaño refuses to let us ignore a single victim, and if the section feels gratuitous and grotesque, it’s because such a thing is gratuitous and grotesque.

In that scene, I found myself not just anticipating but hoping for a zoom in on the video so I could see what was going on—even though I had a pretty good idea of what sort of despicable thing might be happening on that little screen. But when, instead of showing the disturbing images, the shot cut to Marty’s reaction, it forced me to question my own sick instinct to look. So maybe that’s what the show is trying to make us consider: our willingness to regard horror and human trauma with curiosity and titillation. We are as bad as all these Satanists, all the men who bear witness and do nothing, or merely get our rocks off watching.

SHOALS: I agree with all of this, and yet somehow still wonder where the entertainment factor went. If the show were to end in a way that told us something about the form of crime shows, but without giving us any of the thrills and chills, I’d be disappointed. It also seems to push us too far away from the characters, who have always seemed too important to just be proving a point. Again, maybe I’m being shallow here, but a lot of what drew me into the show was Marty, Rust, and the dynamic between the two. If so much of True Detective has ended up flimsy or self-defeating (hard to tell when it’s on purpose, at this point), then at least the cops and their work have stayed ironclad.

MALLA: Mainly, I’ve been looking for some real-world implications in the show. A TV show about TV shows is only so interesting; meta-fiction as self-reflexivity on form is kind of weightless unless the content has meaning as well. The whole “but this is how women are treated” thing only goes so far, because replicating horrors onscreen doesn’t inherently offer some sort of commentary on those horrors. (Deadwood did something similar, but also showed us how those ill-treated women find strength and solidarity by forming their own communities; True Detective wouldn’t even get a seat at the table for a similar Bechdel Test.) But if True Detective is giving us the final act we think we want in order to reveal how problematic that is, then it justifies the self-consciousness through its first two acts, as well as how that self-consciousness has been more or less thrown out the window.

SHOALS: Emily Nussbaum’s piece about the bro-ness of the show raised the possibility that Rust was, indeed, meant for us to marvel at as a faux-Romantic macho construct. Yet just as Marty started as the straight man and ended up his own kind of mess, Rust has shown signs of resolving into a far tidier character than the weirdo who sees time as a flat circle. It’s almost as if the key to the show’s narrative puzzle lies in the real nature of Rust; who he is really will determine what to believe and what to discard. At the same time, we started with just the two of them and some bodies. If we end up there, will we be left wanting answers for questions that have fallen away? Whatever happened to the narrative puzzle, anyway?

MALLA: As far as the inversion of Rust and Marty’s characters, I don’t know that it’s been so dramatic an arc in both directions. Rust is a caricature—a philosophizing, alcoholic ninja-genius; but what is Marty? Is it possible to caricaturize an everyman? Though I don’t want to lose sight of something you said earlier: what’s most compelling about the show is how entertaining it’s been. The first few weeks I wasn’t recommending it to everyone I saw because it was an interesting commentary on narrative; I think I’d just tell people that it was awesome. And I guess episode 7 was a little less awesome than everything that had come before it. Which should be okay. Every series has its dud episodes. I mean, neither of us is going to skip the finale, right?

SHOALS: I am trying to remember if there were episodes of The Wire that were duds—or, maybe a better way of putting it, down episodes. But this show has also definitely relished being anti-climatic at times, as if to discourage us from the usual pathways. The way the Reggie Ledoux arc played out—with Marty suddenly executing him in a rage—was just bizarre, pacing-wise. Like, we’ve spent weeks anticipating this moment and dreading this character, and then like that, he’s gone. And with the possible exception of the videotape scene, which as you point out had a lot of other stuff going on, the show has never really revisited that sense of foreboding. I don’t think the spooked witnesses lifted from Twin Peaks are able to do that work.

MALLA: I’m still not really interested in making predictions, but this seems to be where our conversation is leading, so I will say this: I think the show is heading for some major dramatic turn or twist—maybe even an archetypal twist ending, as per the requirements of the genre. But the thing I’m wondering most, typing these words, is if all this public detective work about True Detective has made the show more or less enjoyable. If I’d never found out about The King in Yellow or Carcosa or had the link made to Lovecraft, what would my engagement be like at this stage? There are echoes within the show of this relationship between knowledge and expectation: the more you know, the less you can be sure what might happen next, it seems.

SHOALS: I guess the show’s ending, to me, is as much about what kind of fiction we’re left with as the precise mechanics of it, and even whether or not it succeeds. All my talk about genre and disdain for the Lost-ification of True Detective has to do with settling on the show’s final nature. Writing that kind of makes me hate myself, since this show has been so slippery and fluid throughout. It’s as much about vagary and shifting definitions as hard-and-fast archetypes or feelings. Am I holding out hope that the show will get flat-out scary again? Possibly. Do I need to see the structure played out before I can determine whether the meta-games were heady or just satisfying on paper? Sure. But still not knowing, at this stage, what kind of show we’re watching makes it hard for me to issue any predictions. I know what I’m hoping for, or what kind of thing—even there, though, I could still be very surprised. And deep down, that’s probably what I want the most. That’s what I want to believe this show is still capable of.

Pasha Malla’s first collection of stories, The Withdrawal Method, won the Trillium Book Prize and was shortlisted for the Commonwealth Writers’ Prize. His new novel is People Park. Follow him on Twitter at @pas__mal__. 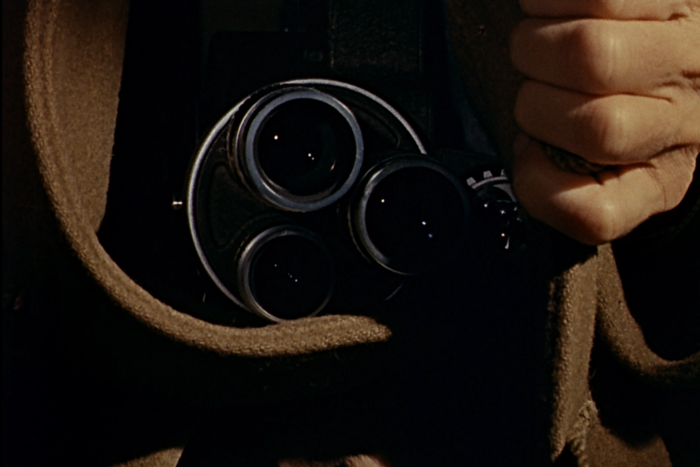 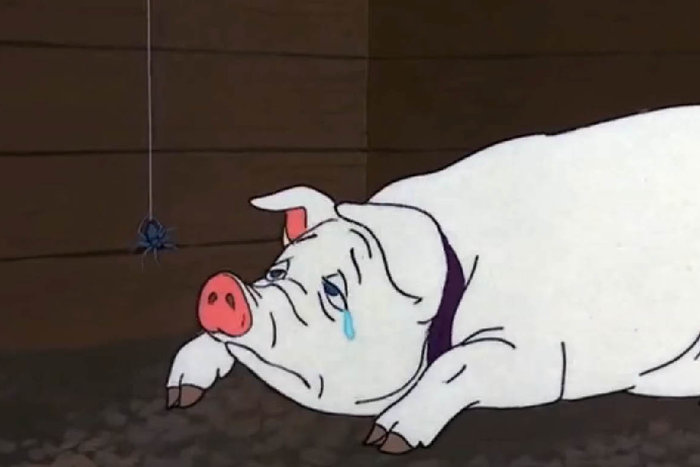 New Tabs
Sad Scenes for Children, Double Cheeseburgers, and On Being R. Kelly