The Problem of Modern Myth-Making

As literature all but abandons the epic, Matt Bell’s debut novel, In the House Upon the Dirt Between the Lake and the Woods, stands out: A modern fairy tale built from small parts—a recognizable domestic story with a dark, fabulist backbone. 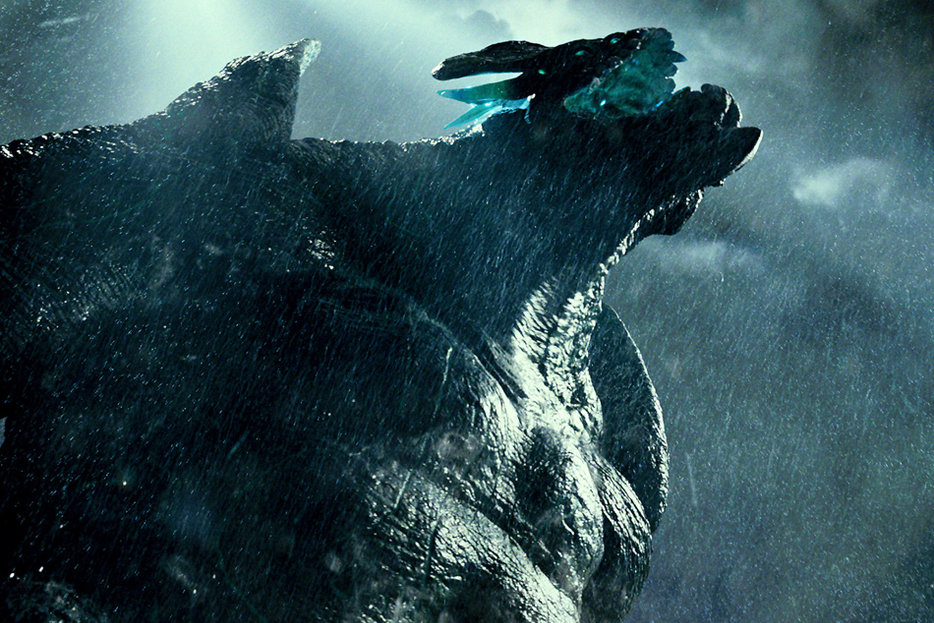 In Jorge Luis Borges’ celebration of The Thousand and One Nights, he laments that “while literary men [and women!] seem to have neglected their epic duties… the epic tradition has been saved for the world by, of all places, Hollywood.” And that was back in 1980. This summer alone, as many as six apocalyptic blockbusters have hit the big screen, leaving once-thriving metropolises demolished in their wake, well-intentioned superheroes and inter-dimensional sea monsters alike getting in on the action. Not only is “epic” the domain entirely of film today, but it has come to imply mostly grandiosity and spectacle. Rarely does today’s literature, genre fiction aside, return the epic to its more modest roots in oral traditions.

The epic used to be characterized by a journey, heroism, and allegorical characters that stood for perspectives and ideas. Contemporary writers have tended toward “realism,” from Jonathan Franzen’s middle class ministrations through the “fiction from life” of Sheila Heti (at its most interrogative) and Tao Lin (at its most anesthetized). Even George Saunders, the current high priest of the fantastic, locates his stories within a generic, personalized “normal” of modern living—one character’s experience of “a world just like our own,” with all its attendant anxieties enlivened with improbable physics.

Matt Bell’s debut novel, In the House Upon the Dirt Between the Lake and the Woods, isn’t exactly this century’s equivalent of the Odyssey or Ramayana, nor is it an antidote to the monstrous royal rumble of Pacific Rim, but it does, in the tradition of the great epics, construct its own world independent of identifiable time or place. Yet the novel interweaves these mythic tendencies with many of the tropes of modern realist drama: It’s a domestic story, essentially, with the role of the central “hero” complicated in ways more common to J.M. Coetzee than the Prose Edda or Paradise Lost.

The book opens with familiar narrative pieces—a man and woman building a home together in the countryside—which quickly shift and fracture into a mosaic of family life that recalls the domestic dynamics of Eraserhead and that film’s unsettling strangeness. “There are only so many elements at play,” Bell tells me over email, “and so they have to all be leveraged against one another in different ways to create the necessary amounts of tension to make the book go. It’s like I tell my students: It’s not enough to be between a rock and a hard place. You want many rocks, many hard places.”

One of these binaries is the integration of place and body. “The dirt’s wettest season swelled,” begins the first chapter, “and then its hottest burst the world to bloom, and through those tumid months my wife swelled too, expanded both in belly and breast until the leaves fell—and afterward came no more growth, only some stalling of the flesh within her.” When this child is stillborn, the father swallows the fetus and its spirit takes root in his body; meanwhile, the bereaved mother sings new levels of the house into existence. Not only are their hopes dashed, but the father is revealed as a failed protector, even the perpetrator of his family’s demise: “What if the whole world I had known,” he wonders, “was failed forever, doomed by our years of childlessness, our despair over those long years?”

His struggles resonate with that uniquely 21st-century conflict between awareness, power and agency: Knowledge is no longer power, but the root-cause of knowing just how powerless we are. “What really drives his anger and frustration isn’t that bad things happen, but that he doesn’t have control over what happens,” Bell says. “He’s making these claims of dominion—over the family, but also over the natural world—that are both unrealistic and morally suspect, and there’s definitely a way in which that mirrors some of the American mindset, as I see it, from Manifest Destiny on through our self-appointed role as peacekeepers or global policemen.”

None of this, of course, is ever literalized in the novel. “The dirt” is a dislocated space; the man and woman are nameless, their children referred to only as “the fingerling” and “the foundling.” Everything has the metonymic quality of a fable, in which “the lake” is somehow all lakes and no lake, ever, anywhere. “The myths and fairy tales I loved growing up continue to work a long sort of magic on me,” Bell says, “because they were some of the first stories I knew, and because they continue to be inexhaustible in a way most contemporary stories are not.”

And yet the author is relieved to hear that the novel still feels engaged with the times. “One of the great frustrations of writing a book in this sort of mythic frame,” he says, “is how it allows so little of our everyday world between its borders. So it soothes my conscience a bit to think that some of those concerns still found their way into the book, and into the dynamic of this family.”

Content aside, one of the novel’s most compelling aspects is its narrative voice—equal parts Cormac McCarthy and Ben Marcus, but also the Old Testament and Norse legends—with strange syntax and unconventional rhythms mirroring the disruptions of the storytelling:

Whenever I was not weeding our garden or keeping straight our house or maintaining some other part of what world I had been left to steward, then I would return to my chosen spot, close enough to toss the foundlings whatever fruits and vegetables had ripened that day, and each time I fed them I grimaced to watch their hunger grow, but if there was never enough to feed them all, then what other option existed but to provide some?

“A lot of the language sources for the voice are also texts that discomfit me in some way,” says Bell. Beyond literary influences, he was inspired by a number of musical sources, especially Iceland-based composer Ben Frost: “[Frost’s 2011 album By the Throat] actually made me feel uncomfortable in this way that’s very hard to describe, but I knew meant that it was getting me somewhere emotionally I didn’t necessarily go easily. And it made me want to test the writing in the same way.”

Though In the House recalls mythic traditions in its approach and structure, it never instructs; this is not a parable with a clear moral lesson, but a story that resists easy or pat readings. “My concern was most for the emotional and moral content of the book, rather than the intellectual or the political,” says Bell. Borges, too, found value not in the pedantry of mythology but in its potential to articulate emotional truths: “The enchantment of fables is not in their morals,” he wrote. “What enchanted Aesop or the Hindu fabulists was to imagine animals that were like little men, with their comedies and tragedies.”

In Matt Bell’s fictional universe, there are big animals and little men (and women!), scaled down and away from the bombast of Hollywood into the realm of the personal. “I suppose it’s not surprising that a writer would imagine other people trying to make sense of the world through creative acts,” he says. “What else are we doing with our own novels, if not making systems for action, memorials to grief or memory or joy?” In order for a story to feel epic in scope, the universe need not implode, nor do hordes of digital zombies need to rampage their way around the world. After all, what were The Thousand and One Nights if not a domestic story—a shitty husband and a canny wife, beguiling him with fiction? 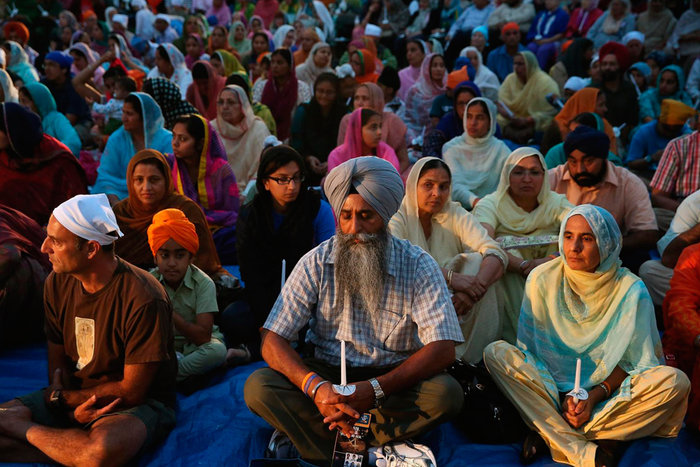 Society
What Does Murderous Hate Ask of You? 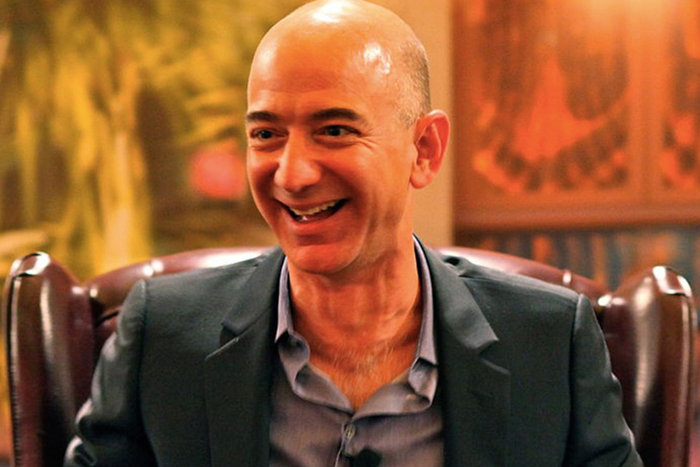