Prime Minister Stephen Harper, having prorogued Parliament for a larf late in the summer, now gets to hand a Throne Speech to the Governor General next week, who will dutifully read it and tell the nation (or, more accurately, whoever is physically present in the room and the few people who tune in) what the government’s agenda is for the remaining year and a half or so of the government’s mandate. Bereft of anything else to speculate about, the Ottawa press has spent the last two weeks feverishly trying to find out what’s coming. Families? Tariffs? Air traveller bill of rights?

Most amusing of all has to be the suggestion that this prime minister really, really wants to use the Throne Speech to talk about democratic reform. After all, between the Conservatives in the Senate and Dean Del Mastro, you could substantially reform the ethics of Parliament simply by removing a bunch of Tories—but Harper probably won’t say that.

There’s more than just the mess in the upper chamber and the Tory predilection for annoying Elections Canada to feed a healthy skepticism of Stephen Harper’s commitment to democratic reform. The Conservatives, for example, spent most of the last year arguing against a rational electoral map in Saskatchewan, preferring a slight tweak to the status quo—which, incidentally, gives them 13 of 14 seats while getting just over half of the vote. The NDP, meanwhile, got nearly a third of the vote and were utterly shut out in Saskatchewan.

The issue at hand is broader than just Saskatchewan. The argument for the Tory-preferred map (beyond naked self-interest) was the existence in that province of a longstanding tradition of mixed ridings, producing MPs who were neither “urban” or “rural.” In practice, it meant that urban voters almost always happened to be outnumbered by their rural cousins in any given riding—point being that self-interest walks hand in hand with self-conception in cases like this. Saskatchewan has been a majority-urban province since the 1971 census, but it takes time for our mental image of our home to catch up with reality.

The Tories have been a bit more honest in Ontario, where they can afford to be: The rapidly-growing ridings of the suburbs around Toronto are competitive for Tory MPs, and that’s where the bulk of Ontario’s new seats will be added. (Though Toronto proper will add some likely Liberal seats in the areas that have seen the bulk of the condo boom.) This is noteworthy, but it’s not actually praiseworthy—it is, after all, what the government is supposed to do.

In an ideal world, talk of a “democratic reform” agenda would mean that a government was willing to talk seriously about weakening or eliminating the first past the post system our country continues to struggle under (and will guarantee a lot of safe Tory seats in Saskatchewan even under the new map). Stephane Dion, more interesting as a run-of-the-mill MP than he was as a leader, has proposed one idea; alas, there doesn’t seem to be much appetite in the Liberal Party, after three failed provincial referenda in BC and Ontario. Justin Trudeau supported a preferential ballot during the leadership race, but somehow these ideas always seem to fall by the wayside when a party finds itself in government.

I’m willing to let myself be surprised, but for now I’m pretty comfortable in my cynicism. We’re as invested in the current structure of the Commons as Saskatchewan was in its conception as a province still made up of prairie homesteads. Despite all the problems, it will take some time for our idea of ourselves to catch up with reality.

Marginalia
Do We Really Need Whimsical Socks?: A Visa Journal 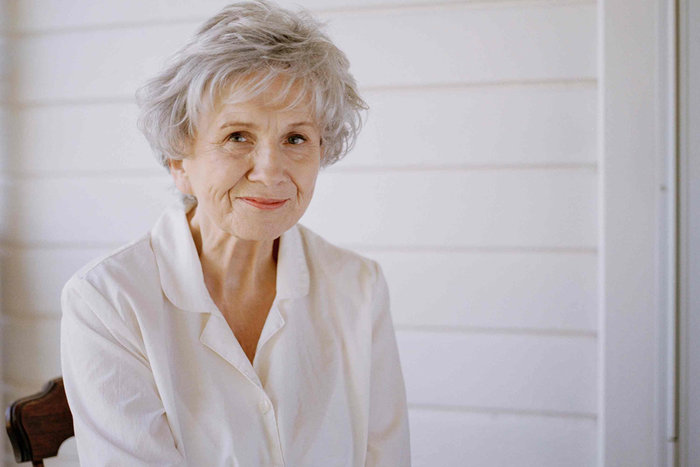 Books
Author Tributes After Alice Munro’s Nobel Prize Win
Following yesterday’s announcement that Alice Munro is the 2013 Nobel Prize laureate for literature, we invited some of…