The Future of Energy is Coming Faster Than We Thought

German utility companies are realizing too late they’d underestimated the rise of renewable energy sources for too long—just as peak wholesale electricity prices are bottoming out. 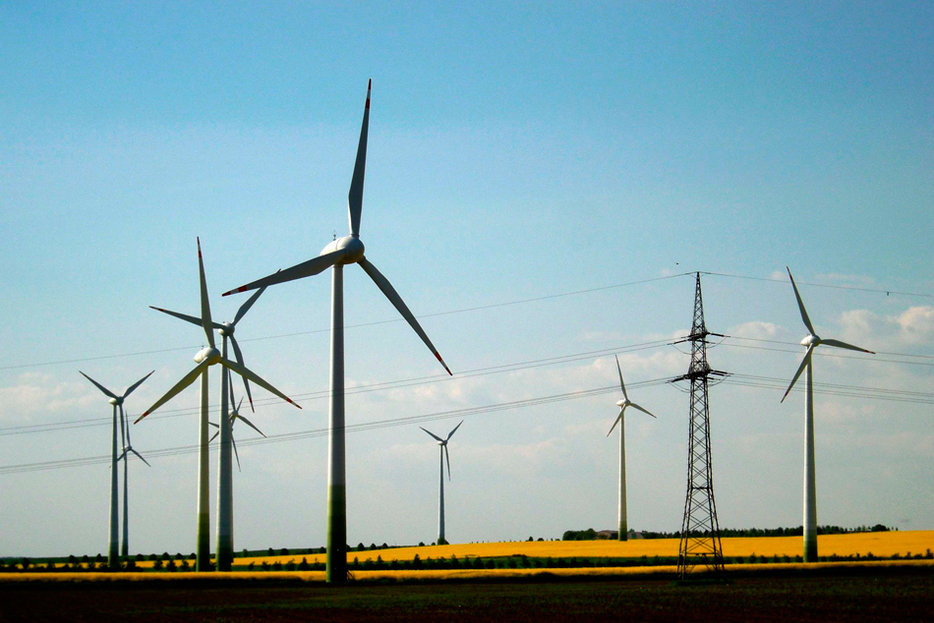 A wind farm in Bernburg, via Franzphoto/Wikimedia Commons

In broad strokes, the changes occurring in the electricity industry start to sound a bit like what every single content industry that’s had to confront the Internet has gone through at some point. Step 1: New technology is dismissed with patronizing assertions that it will never displace the incumbents. Step 2: Rapid growth is dismissed as being from such a small base as to be irrelevant. Step 3: Pants-crapping meltdown (pun sort of intended).

In Germany, the operators of the power grid are starting to realize that renewable energy isn’t going away, if for no other reason than because governments keep getting re-elected on promises to expand and entrench it. The growing share of power from renewables is starting to strain the technical limits of a grid that was never designed to handle intermittent supplies, but utility companies are really getting hammered because wholesale electricity prices during the daytime peak have fallen through the floor. Even in Germany, solar panels are pretty reliable at pumping out watts at noon, and that’s with solar power making up just seven percent of the power grid.

What’s astonishing is that the German changes have all occurred since 2000, when Berlin passed the Renewable Energy Act that, crucially, included a feed-in tariff—essentially, a guaranteed price for 20 years for renewable sources of electricity. People who confidently asserted that green energy couldn’t possibly be a significant player until 2050 or so continue to be well compensated for their advice.

It’s true that, because of an accelerated shutdown of Germany’s nuclear plants post-Fukushima, Germany’s CO2 emissions in 2012 and 2013 increased after a decade of decline. Germans still emit roughly half as much CO2 per person as Canadians do, though, so anyone on this side of the Atlantic who wants to point to an obvious policy failure has more homework to do. For starters, there’s some evidence to suggest that if the EU had gone with a carbon tax instead of the emissions-trading system that has since failed, Germany would have built more gas-fired plants instead of coal (at half the emissions cost).

Speaking of this side of the Atlantic, while the Ontario Liberals deserve real and lasting credit for shutting down this province’s coal plants, other recent news is frustrating for those of us who would like to see Canada’s largest province take the next steps. One obvious example is offshore wind (Ontario has shores on four of the five Great Lakes), where the government reiterated last week it likes the current do-nothing policy just fine, thank you. Bizarrely, it leaves Ontario building lots of the most contentious forms of wind power while ignoring an opportunity that could be literally over the horizon and out of sight. (Ohio, meanwhile, is very interested.)

It’s not all good news for green energy—the shifts in the electricity markets are happening just as fracking is making oil and gas more attractive than they’ve been in years (but still hilariously expensive by the standards of, say, the late 1990s). Electric cars have come a long way in a short period of time, but they still can’t replace a gasoline-powered car. And of course, too many governments remain committed to fossil fuels as a source of money and jobs.

But the shifts shouldn’t be minimized, either. Yes, there are technical problems for which renewable advocates will need to find answers to get to the truly sustainable, feasible electricity grid that wasn’t even on the back of napkins as recently as the Dawson’s Creek series finale. There were technical problems that needed to be solved before we could build six-megawatt turbines in the North Sea, too. At a certain point, though, the bet on technical progress becomes the necessary assumption to build on, and ceases to be simply the domain of Pollyannas. 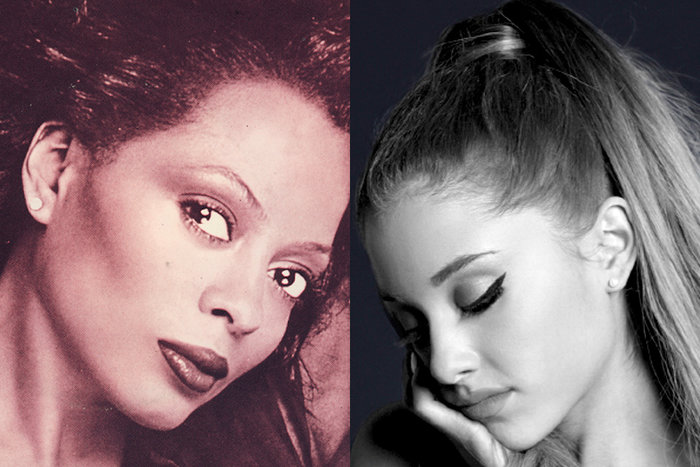 Culture
‘I’m Coming Out’ Comes Back
Ariana Grande’s “Break Your Heart Right Back” is the latest song to sample the Diana Ross hit, though in more vicious…

The Cabin By The Lake
Rhiannon Russell
Water or Sky?
Meg Bernhard