This is our fifth installment of Tabloid Fiction, in which an author chooses from the trashiest, most lurid, or just bizarre stories of the moment and writes a short story inspired by same. 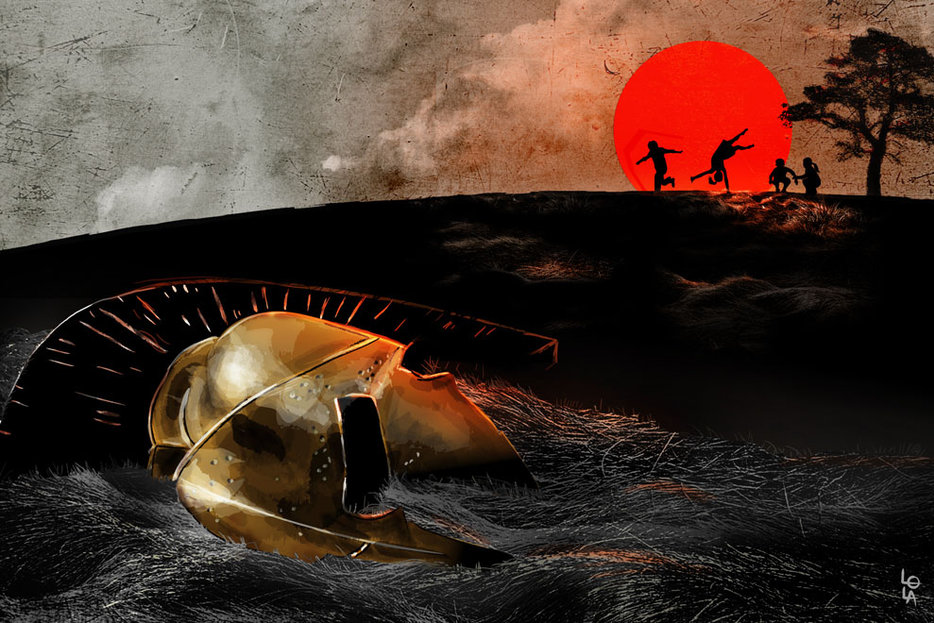 “…the no-star antique war drama 300 triumphed at the box office last weekend. Zack Snyder’s adaptation of the graphic novel by Frank Miller (Sin City) pulled in $70.9 million… That’s not bad for a picture made on a frugal $65 million budget and shot on a bare Montreal soundstage, with the backgrounds digitally green-screened in later…” (Richard Corliss, TIME, May 2007)

I’ve been reporting human-interest stories for Montreal newspapers for years, but what I uncovered this year truly surprised me. I was commissioned to write a story on arts programs in city elementary schools, but the first thing I noticed in Madame Greene’s kindergarten class was an unusually beautiful boy. The child was standing on a chair pinning up a drawing of a giraffe on the bulletin board. I then spotted another gorgeous boy writing a long line of wobbly little letters into his green notebook.

When I commented on the good-looking children, Madame Greene started telling me about Etienne, a very popular boy with black hair. She said that he received so many Valentines when he was in preschool that the principal had to give him a large envelope just to carry them home in. He always had letters from secret admirers in his locker in the morning. They fell out when he opened the locker and they lay at his feet like a little pile of snow.

“Could you imagine what that little boy’s going to be like when he’s older?” Madame Greene asked me. “He’ll drive all the girls crazy.”

At Mrs Weinstein’s kindergarten class down the street, there was a little boy riding a hobby horse with a natural grace around the school yard. There was a pretty girl with gold locks down past her shoulder. Everyone quieted down for a moment to watch a little girl doing cartwheels. We had the feeling that we were witnessing something indescribably wonderful.

“I’ve never had such a lovely class of students,” Mrs. Weinstein confessed.

There were reports like this from different elementary schools all over Montreal. One of the teachers said that she was so busy staring at a beautiful little boy that she walked right into a cupboard and had a concussion.

The whole city was noticing. Children are universally assumed to be adorable. But in the last five years, Montreal residents believed they were seeing more beautiful children in the playgrounds, riding the mechanical horses outside the supermarket, and lying on their beach towels at the side of the swimming pool.

Why were the children in Montreal such tiny knockouts? The first clue came from Mme Beaulieu, a kindergarten teacher at Laurier Elementary, who was telling me about her class’s drama program.

“They are quite a dramatic little bunch. They put on a production of The Ten Commandments. Denis was the lead. His father showed up for the play all the way from LA. He’s an actor himself.”

I went to talk to a young mother who was picking up her son, a devastatingly handsome boy. She was wearing a pink pair of jogging pants and had a ponytail that was hanging off the side of her head, and she was drinking coffee out of an enormous cup. When I asked her what she did for a living, she said that she worked as a continuity girl on films.

“Oh, it was a fling. I met his dad on the set of 300,” a movie about an attractive group of Spartan soldiers. The movie was filmed in Montreal in 2006.

“He didn’t even really have a speaking role. He just went around saying: hunh! He went back to Los Angeles. I really felt isolated as a single mother but then there were so many others in the neighborhood that we help each other out.”

At the back of the schoolyard there were two little boys that looked rather alike with dark hair and broody expressions. They appeared to be working out, doing jumping jacks and push-ups.

I went to talk to their mothers, who were waiting for them outside the school gates and who seemed to be close friends. One was a makeup artist and the other was a light technician. They both worked in the film industry and had met on the set of 300.

A little boy with the same smirking smile as Dominic West, a lead actor in the movie, walked by me. A boy who was the spitting image of Michael Fassbender, also a star in the film, ran into his mom’s arms.

One of the mothers of a lovely black-haired girl worked at a tanning salon. I went to see her at work. She said the whole cast of 300 had come in order to get their pectorals properly bronzed.

“Oh, it was a good time. I never saw such a crowd of good-looking men. I slept with a few of them. You couldn’t help it. They were so easy, too,” she said. “Once we flipped a coin for Gerard Butler. I think just about everyone I knew slept with Gerard Butler.”

I visited Mme Charpentier, the mother of the little girl who did such beautiful cartwheels, at her restaurant. She told me that she would come out of the kitchen to find that each stool at the counter held a man more beautiful than the next, like a row of statues of angels that had come to life.

It is very common for American movies to be filmed in Montreal and for the local women to end up having affairs with the male actors. The actors get lonely in the way that everyone who travels for work does. And how could they resist the pretty Montreal girls in knee-high stockings with long bangs down to their noses, babbling a river of French and English words, riding their bicycles to work with their baguettes and notebooks in the baskets. How could the actors not accept invitations back to their tiny little apartments where the walls are painted white and the cats are named Jean Cocteau.

Legend has it that the reason French Canadians are so attractive is that they descended from Les Filles de Rois, a shipload of young women who were brought over from France to marry the early male habitants and help populate the new country.

The coureurs de bois couldn’t believe their eyes when they saw that many pretty girls all together on the deck of the boat, vomiting over the side while their hair ribbons blew into the air. The girls stepped off the boat with their eyes squeezed shut in disgust at their new husbands.

And Quebec went from being a land of nothing but brutish wild men with missing teeth, traumatized by loneliness and impossibly difficult physical labour and long winters, to one that was populated by lovely little babies. Some of the children were tough like their fathers, but some were more inclined toward lying around and writing poetry and dreaming of Paris. The daydreamy descendants of those restless, unhappy mail order brides from long, long ago still walk the street of Montreal.

The girls that worked on those film sets must have felt same way as their ancestors had when in 2006 some of the best-looking men from all over the world arrived on their small island in airplanes. And they infected Montreal again with a brood of handsome and troublesome babies. Thus ensuring its reputation as a city with an extraordinary number of beautiful people riding the metro.

Heather O’Neill
Heather O’Neill is an award winning writer living in Montreal. Her books include Lullabies for Little Criminals and The Lonely Hearts Hotel. 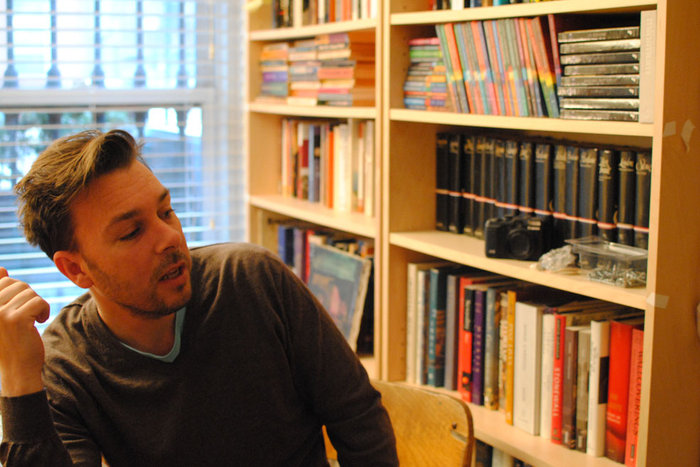 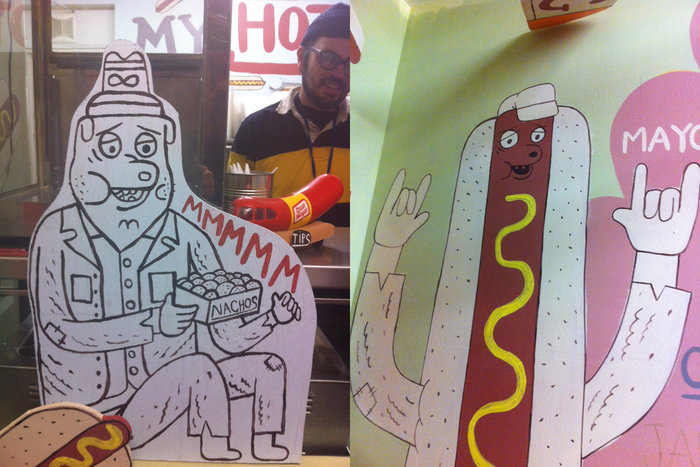