The Year in Plagues

The spread of plagues is the beta version of “Congratulations, you played yourself.” 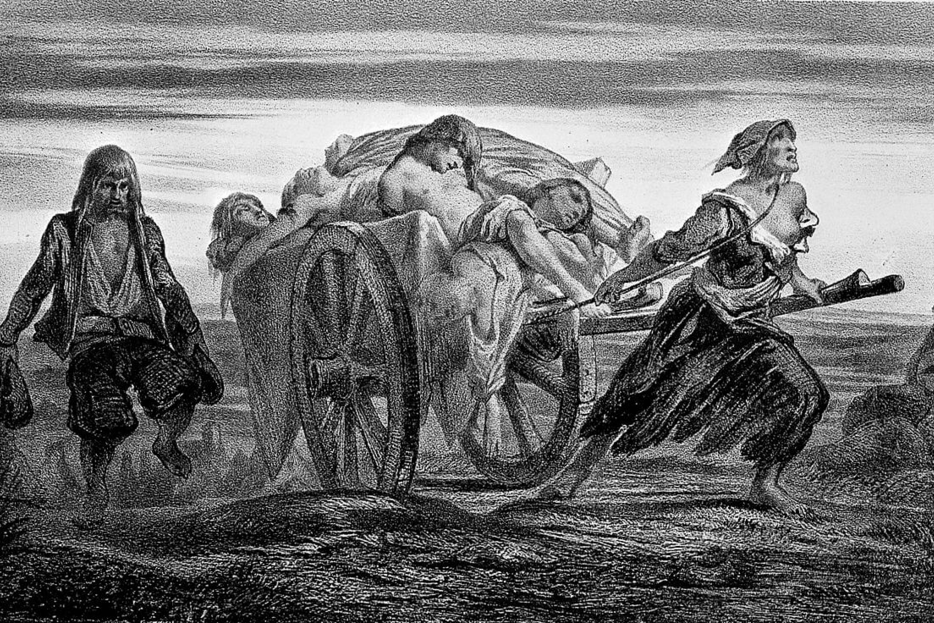 Plague: carting the dead, by Moynet

There is a warning frequently issued to writers to “avoid clichés like the plague.” The joke being, of course, that the warning itself contains a famous cliché. Until 2016, I largely ignored this advice in my own work because I find clichés useful, universal, and more artful than they are given credit for. Until this year, it was the cliché part of the warning that bothered me. Now, it is the plagues part that does.

To “avoid like the plague” is meant to convey the intensity with which you ignore something because it is so detestable, but it fails to convey that it is the avoidance of plague itself that causes ordinary, containable illnesses to reach plague-like proportions. The spread of plagues is the beta version of “Congratulations, you played yourself.” Sicknesses don’t become plagues unless people avoid them, ignore them, and try to outrun them instead of stop them. To avoid something like the plague is to almost guarantee that it will show up on your doorstep, often more vicious and viral than when you last saw it. In 2016, our years of avoidance and denial of certain pests meant they came back to our doorsteps as outright pestilence.

Categorizing 2016 as a plague year might, at first, seem ill advised. The resurgence of Ebola subsided over the last twelve months. HIV and AIDS related deaths are down. The Great Disneyland Measles Outbreak of 2015, which spread as rapidly as it did due to low vaccination rates, did not recur in 2016. But, as of October, there were fifty reported cases of acute flaccid myelitis, a polio-like illness that causes paralysis, in twenty-four US states according to the Centers for Disease Control. Over ninety percent of the diagnoses were in children. The dispersal of the outbreak suggests it could be that patients are all spontaneously experiencing the same complication of several different viruses. It could also be because kids are insufficiently vaccinated. It could also be due to hygiene. We simply don’t know. A CDC spokesperson noted that cases are still rare, with fewer than one in a million contracting the illness.

Over a July weekend this year, there was record heat in Siberia. Permafrost melted and anthrax spores were released from a carcass killed by Siberian plague seventy-five years ago. The anthrax killed 1500 reindeer and hospitalized thirteen humans. After lying dormant for the better part of a century, the heat activated the latent microbe in the permafrost and unleashed its lethal contagion on the life in its tracks. Russian scientists had already warned in a 2011 study, “As a consequence of permafrost melting, the vectors of deadly infections of the 18th and 19th centuries may come back, especially near the cemeteries where the victims of these infections were buried.” The zombie apocalypse, it seems, will not feature reanimated human bodies but reanimated bacilli.

In May, the presence of the mcr-1 gene was confirmed in the case of a Pennsylvania woman’s bacterial infection. Mcr-1 enables the passage of plasmids on ultra-resistant “superbug” bacteria that can resist colistin: the absolute last resort, break-glass-only-in-case-of-emergency antibiotic in the world. Mcr-1 was first detected in pigs and humans in China last year. The Pennsylvania woman had not traveled in the last five months. “The medicine cabinet is empty for some patients. It is the end of the road for antibiotics unless we act urgently,” said Thomas Frieden, director of the CDC. Frieden described colistin as an antibiotic used only for “nightmare bacteria.” A study published in May in Antimicrobial Agents and Chemotherapy states that the first Mcr-1 case, “heralds the emergence of truly pan-drug resistant bacteria.”

Frieden said in May, “We risk being in a post-antibiotic world.” Mcr-1 made its second US appearance in Connecticut in June. The risk became a reality more quickly than many might have hoped.

It is difficult to discuss the concept of plagues without exoticizing and anthropomorphizing them. “One feature of the usual script for plague: the disease invariably comes from somewhere else,” writes Susan Sontag in AIDS and Its Metaphors. Sontag explains how syphilis was sourced to France by the English, to Germans by the French, to Neapolitans by the Florentines, to the Chinese by the Japanese, and notes, “But what may seem like a joke about the inevitability of chauvinism reveals a more important truth: that there is a link between imagining disease and imagining foreignness.” The illnesses that emerged in 2016 were largely homegrown, gaining their lethal potency from the grim and ever-changing landscapes of both physical homelands and human interiors. Harder still than recognizing plagues that are locally harvested is overcoming a sense that these plagues emerge with actual malevolent intentions.

In the same text, Sontag warns against both the cavalier use of plague metaphors and the word “plague” itself. And while I recognize the limitations she puts forth, I don’t have her adeptness with metaphor to look at the current sickness of the body politic in my country and beyond and not see its emergence as plague-like in its features. Vile racism spent years operating quietly in systems designed to obscure bigoted intentions. But this year, events like Brexit and the resurgence of a vocalized, virulent white supremacy in Donald Trump’s campaign and in the hate crimes his supporters committed in the wake of his election made clear that the virus had mutated to make several vehicles of hatred more effective.

What the physical outbreaks of this year do show us is that plagues are not instruments acting on malice, but on memory. The plagues in the permafrost remember the damage they did in centuries past, they must simply wait out the cold to have another chance at it. The bacteria that are mutating beyond the recourse of antibiotics remember what killed their ancestors and they are evolving past it into new and improved versions thereof. We would be wise to follow their examples, to reimagine what constitutes a mortal threat to humanity and to evolve aggressively to meet those threats. Our response to social plagues will necessarily be more complex. In them, we find not an innocent human host to a deadly sickness but hostile, self-aware forces that do not simply remember the ills of the past, but ache to return to them.

We should come also to respect the disregard of these plagues for borders: we must look to foreign lands as global partners in combating plagues. 2016 can be the year we commit most rigorously to the idea that health and hope can be spread across borders too. It can be the year we realized that scientific progress is not to conquer mortality but to manage it with more quietude and peace by stopping illness before it becomes epidemic. It can perhaps be the year that we look back on in shame, seeing our failure to contain and cure what we had taken for granted as long dead. And we can use the bitter medicine of this memory to know that though some sicknesses never quite die, we’ll be damned before we let them become reanimated. 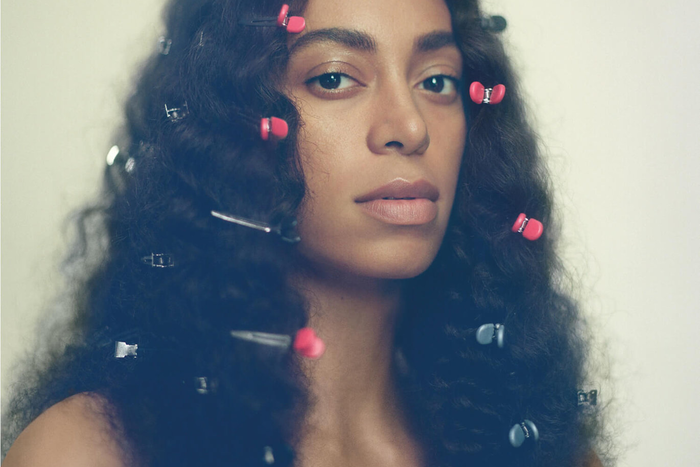 2016 In Review
The Year in Staying Unapologetically Black
Practicing self-care by telling white people about themselves, calling in Black to life, delighting in Black art? That… 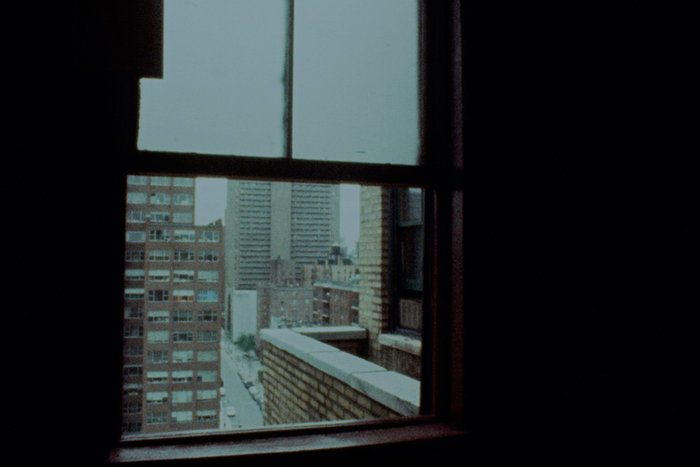 2016 In Review
The Year in Interiors
When you’re depressed, you learn all of the angles inside a half-empty apartment. You become a student of the ceiling.