It’s easy to compare Rob Ford—and his many scandals—to Springfield’s Joe Quimby. He may, however, have even more in common with Buffy the Vampire Slayer’s Mayor Wilkins, The Great McGinty, the Mayor of Casterbridge, or a 40-year-old Randy Newman album. 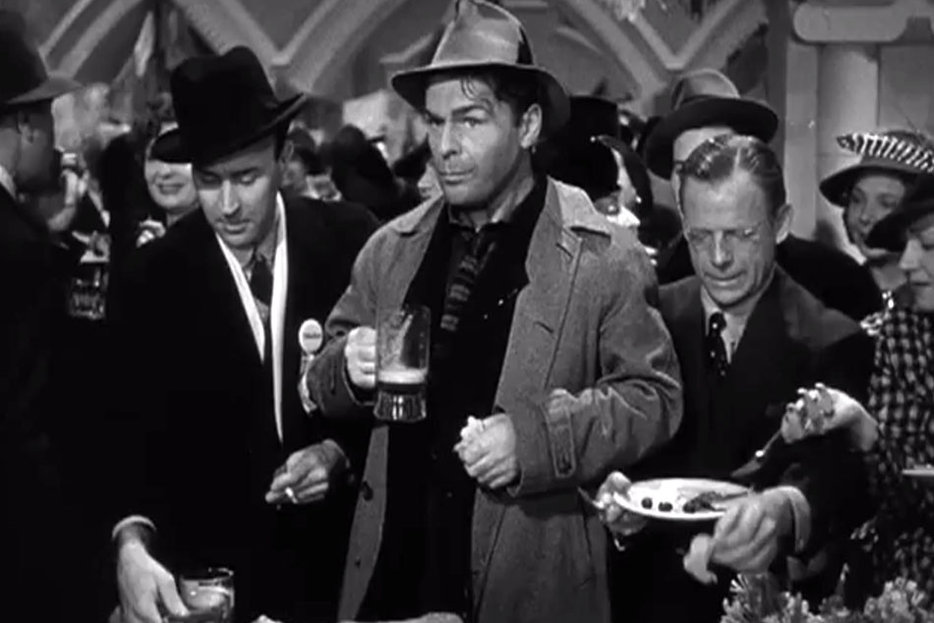 The tale of Toronto Mayor Rob Ford has a larger-than-life quality that begs to be recast as fiction—as an HBO serial drama like The Sopranos or Boardwalk Empire, or a 1970s movie such as Roman Polanski’s Chinatown, or as noir fiction like Dashiell Hammett’s Red Harvest or one of Ross McDonald’s Los Angeles parables, in which moral rot and criminal conspiracy are symptoms of a sweeter psychic sickness eating away at the metropolis from within.

Yet in its specifics the Ford saga keeps defying cultural comparison. Toronto isn’t L.A., but it also isn’t Baltimore, post-colonial Latin America, some Peyton Place-like small town or any western outpost where Ford might be playing the archetypal drunken sheriff. More importantly, most tales of political corruption are about avarice and advantage – about graf. It might come out that Rob and Doug Ford have that kind of agenda—they certainly have friends one wants to call “cronies”—but so far this is much more a tale of personal vice, ideological tunnel vision and denial.

The fictional figure Rob Ford’s been compared to most is definitely Mayor “Diamond Joe” Quimby of Springfield on The Simpsons, with whom he shares girth and a propensity for mangled quips, but Quimby is too much of an all-purpose caricature, not to mention a liberal. The Dukes of Hazzard’s Boss Hogg is similarly a temptingly portly and blustery but thematically shallow pick. The Globe and Mail’s John Doyle makes a better call paralleling the Fords and the Mackenzie Brothers (there’s even a Doug), but it’s too benign an image, even if it does perfectly encapsulate their radio program. This is more than a clown show, however bouffant, however Ubu Roi, it may seem.

In a drunken stupor, the title character of Thomas Hardy’s The Mayor of Casterbridge auctions off his spouse and child for five guineas to a sailor. As far as we know Ford hasn’t gone that far, though it would be one explanation for why his wife and kids haven’t played the traditional stand-by-their-man role in the political-repentance pageant. At one point this week I was moved to Google to make sure they do in fact exist.

Personally I can’t help thinking of the more trim Mayor Richard Wilkins of Sunnydale, from Season 3 of Buffy the Vampire Slayer, particularly the scene in which as part of his path to ultimate power he must “ingest several of the inhabitants of this box”—a nest of oversized demonic spider-roaches, as Burroughs-cum-Cronenberg a visual cipher for hard drugs as you could please. Maybe this week’s confession marks Toronto’s “Graduation Day,” when we all rally to gun down the giant snake our city potentate has proved himself to be. We lack only an effective Slayer to lead us.

In the history of fictional mayors, one might harken back to Thomas Hardy’s 1886 The Mayor of Casterbridge, in which the title character (although not quite a “mayor” in a modern urban sense) shares Ford’s stinginess, aggressive ill-temper and weaknesses for secrets and intoxicants—in Michael Henchard’s case, a traditional rum-laced pudding called “furmity.” In a drunken stupor he auctions off his spouse and child for five guineas to a sailor. As far as we know Ford hasn’t gone that far, though it would be one explanation for why his wife and kids haven’t played the traditional stand-by-their-man role in the political-repentance pageant. At one point this week I was moved to Google to make sure they do in fact exist.

However, after the Hardy character sobers up and can’t locate the family he so carelessly misplaced, he swears off the demon rum for 21 years—precisely the step Ford has refused to take, promising only to get “hammered” in private from now on. (Cue the Amy Winehouse anthem, naturally.)

A richer text for Fordologists might be Preston Sturges’s 1940 screwball satire The Great McGinty, in which Brian Donlevy plays a big-boned, blond, tough-guy grifter who rises first to mayor and then governor of an unnamed city and state but ends up having to flee to become a bartender in a “banana republic” (not a spoiler—we first meet him there). What lays him low? In McGinty’s topsy-turvy ethical world, it is having “one crazy moment” of honesty that undoes his perfectly crooked record.

This being a 1940s movie, the cause of the craziness isn’t crack or even booze but a dame: At first McGinty cooks up the perfect marriage for a malfeasant politician, with an adventurous and opportunistic secretary who wants only the status and protection of the position; she pledges to lead a separate life, with her own rooms for herself and her kids in the mayoral mansion, while leading discrete sex lives discreetly. But again, this being a 1940s movie (or, hell, a movie), they have to fall in love, leading to an inconvenient outbreak of the virtuous impulses that bring about McGinty’s downfall.

This funhouse-mirror moral might prove apt: Has Ford now given the game away with his “one crazy moment” of transparency, by finally acknowledging his crack use? What if he simply had kept up the Straussian strategy of the Big Lie, no matter what the police had on him? Ford Nation has seemed remarkably willing to swallow those spoonfuls of snake oil.

The flaw however is that McGinty, for all his fecklessness, has a noble streak all along—that he’s not quite as shrewd as he thinks is both his hubris and his heroism. To fit the Ford model, The Great McGinty might have to be remade by more thoroughgoing cynics, such as Sturges admirers the Coen Brothers (who’ve nudged the topic before with Miller’s Crossing).

Overall, though, I’ve yet to find the perfect fictional prototype of the Ford epic, at least until the writers from Hazlitt contributor Emily M. Keeler’s terrific summer “Ford fan fiction” chapbook Everything Is Fine (in which I had a minor hand) get working on a full-length sequel.

Toronto journalist John Lorinc has pointed to Jane Smiley’s A Thousand Acres, itself an echo of King Lear, smartly suggesting this is less about the perils of a perfidious pol than the dynamics of a dysfunctional dynasty. One might cast them as a petty-ante version of the Bush family, which has coped with its scions’ propensities for alcohol and cocaine (check TV on the Radio’s ominous musical portrait “Dry Drunk Emperor”) along the course of its quest for power. But the Bushes so far have been the target more of Skull-and-Crossbones exposés and broad parodies than of great fictional adaptations.

If I knew my William Faulkner better, perhaps I’d find a suitable Ford-like family tree somewhere in the woods of Yoknapatawpha County. The scent of magnolia from that direction does, however, summon up an almost ideal musical backdrop for obsessing about Rob Ford: Randy Newman’s classic 1974 concept album Good Old Boys. Burrowing up the middle of that era’s liberal-conservative cultural divide—in which rural/urban and north/south splits played much the role of today’s downtown and suburban antagonism—Newman made a record that skewered all sides but also preserved the kind of space for human pity that should also attend our reactions to the Ford scandal.

Good Old Boys’s wide lens scopes “redneck” sexism and racism (as allegedly heard on the Ford crack tape) and “getting drunk every weekend at the barbeque” but it also assaults northern-liberal tolerance for discrimination and other convenient lies. It takes in the historic populist politics of historic Louisiana governor Huey P. Long (“Kingfish”), the parochialism of President Calvin Coolidge (“Louisiana 1927”) and the then-more contemporary reactionary Georgia governor Lester Maddox.

The album’s opening words distill the kind of defensive response that baffles downtowners about Ford Nation (though you’d have to substitute “Jew” with, say, “pinko”): “Last night I saw Lester Maddox on a TV show/ With some smart-ass New York Jew/ The Jew laughed at Lester Maddox/ And the audience laughed at Lester Maddox too./ Well, he may be a fool, but he’s our fool/ If you think you’re better than him, you’re wrong.”

Most of all, though, it is in “Guilty” that Newman perfectly articulates the subtext of the Rob Ford confession, without condescension and mockery, with a song sung from the heart of his central character’s own “drunken stupor.” If Rob has been truthful in saying that his older, more confident brother didn’t know about his crack use, it would be an appeal delivered directly to Doug Ford. I can’t conceive a better end to my search than to share it, complete with lyrics, with you:

Yes, baby, I’ve been drinking,
And I shouldn’t come by, I know.
But I found myself in trouble, darling,
And I had nowhere else to go.

Got some whiskey from the barroom.
Got some cocaine from a friend.
I just had to keep on moving
Till I was back in your arms again.

I’m guilty. Baby I’m guilty.
And I’ll be guilty all the rest of my life.
How come I never do what I’m supposed to do?
How come nothing that I try to do ever turns out right?

You know how it is with me, baby.
You know I just can’t stand myself.
It takes a whole lot of medicine
For me to pretend that I’m somebody else.

Society
From One Boozer To Another
An open letter to Rob Ford—from one addict to another—on the value of admitting to your addiction. 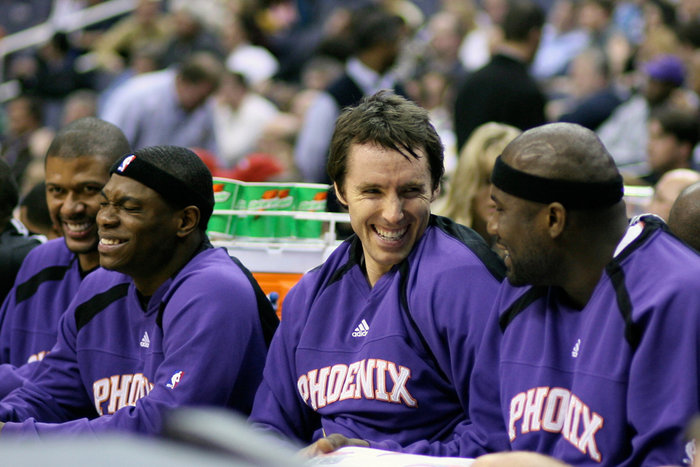