Songs From The Mines: Making Music Out Of Tragedy

Every week Carl Wilson looks at the events of the past seven days in the mirror of art and culture. This week: Farewell to Springhill, Nova Scotia. 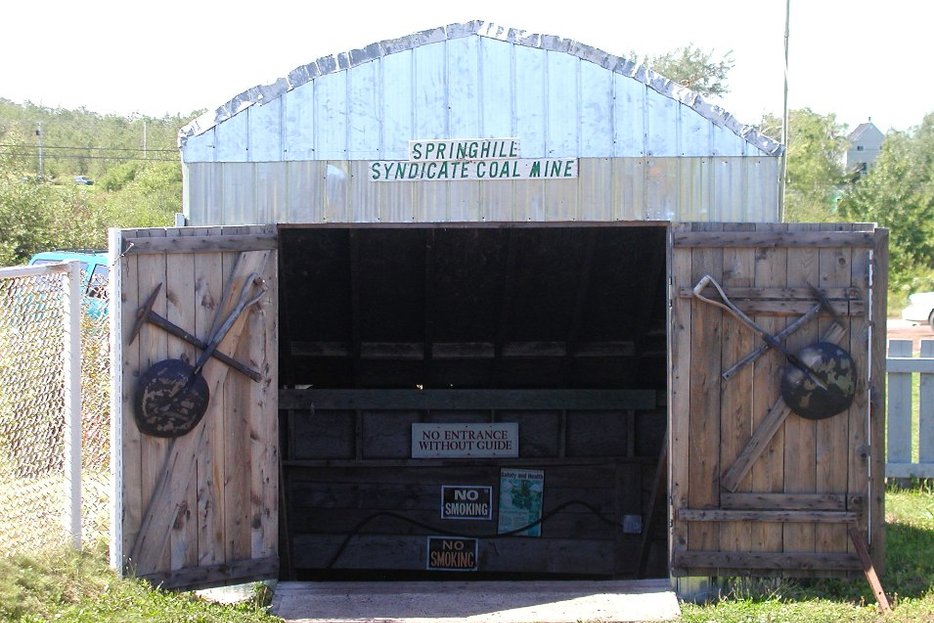 Somewhere Anne Murray is shedding a quiet tear. That might be the case any week, but especially now, when the “Snowbird” singer’s own home town of Springhill, N.S., has announced in the year of its 125th birthday that it is going to self-destruct voluntarily—that is, dissolve and amalgamate into surrounding Cumberland County. With an aging population, the place is hobbled by debt, and as local resident Henry Hibberts told The Globe and Mail, “You can only go so long and go so far in the hole.”

The metaphor probably sprang readily to mind because the denizens of Springhill know a lot about going down into holes: Aside from the Anne Murray Centre (still going strong as of last year, according to The National Post), Springhill is best recognized for its history of coal mining.

To be more precise, it is really remembered for its legacy of mine disasters, especially the two consecutive tragedies of 1956 and 1958, both involving the drama of heroic rescues and survivors on one side and on the other the horrific mental images of men and boys in the subterranean darkness, crushed by collapsing earth and rock or slowly suffocating, dehydrating and starving in vile chthonic chambers.

The 1958 disaster is particularly vivid in memory because it was one of the first such events ever to be covered in real time by TV cameras, with an international public following from minute to tense minute. The “bump,” coal-industry jargon for an underground earthquake, killed 74, leaving about 100 survivors.

As it was a milestone in media history, it also yielded a telling moment in the final ugly decade of U.S. apartheid: In the aftermath, the governor of Georgia invited the Springhill “miracle men”—the last seven miners to be rescued, nine days in, at a point when hope had expired—to vacation there at state expense. Then he found out that one of the group’s leaders was a black Nova Scotian, Maurice Ruddick, and insisted that Ruddick’s family be segregated if they came. Rather than spoil the holiday, Ruddick agreed to stay in a trailer while his white comrades were put up in hotel rooms. Ruddick was named “Citizen of the Year” by the Canadian government. (The story is recounted in a Historica foundation “heritage minute,” and it’s also a major part of Melissa Fay Greene’s 2003 book Last Man Out.)

Much more amusingly, there was a backstage pop-culture moment connected with Springhill that kind of captures the ungainly wonder of that transitional phase from the showbiz era of radio and vaudeville to the modern entertainment industry. The anecdote, which takes place during a broadcast of The Ed Sullivan Show, is ribaldly told by Kliph Nesteroff in his extensive tribute to comedian Shecky Greene on New York freeform station WFMU’s ever-amazing site Beware of the Blog. It’s worth quoting at length:

CBS is seemingly immune to the breaking news, continuing with the cheery Toast of the Town as a juggling act, the Martin Brothers, throw bowling pins at each other with alarming speed. Shecky Greene is next. Greene has been pacing the cold cement halls for twenty minutes with the occasional nip from his flask, oblivious to the trained birds, the ventriloquist, the singers humming scales. Vicious nerves. Ed Sullivan, grimacing, introduces “a bright young comedian, a fine youngster. Let’s hear it for Shecky! Greene!” Through the curtain. Shecky gives Ray Bloch a wave, clasps his hands and launches into his material.

“What I did was I took the microphone apart,” recalls Shecky. “I used to do a routine where I took the microphone apart and every piece of the microphone I would do something with. I turned the microphone stand upside down and pretended I was talking to miners buried beneath tons and tons of coal. I said, ‘You weren’t hurt. It was soft coal.’ That type of thing. But at the same time that I was doing that, there was a mine disaster in Nova Scotia - this was a live show at that time. As I walked off the stage Sullivan says, ‘You dirty son of a bitch! You lost me Canada! You fucking lost me Canada! You dirty bastard! You just lost me Canada!’ I didn’t know what the hell he was talking about. Turns out I was doing that routine just as these guys had been buried under tons and tons of coal. … I sent my entire salary to Nova Scotia.”

However, the most lasting tracings of the Springhill disaster in popular culture are, as with many such everyday tragedies, in song. People tend to think of ballads about cave-ins, floods, fires and the like as part of the folk tradition, but actually these “event” songs were a prominent part of the commercial music business from at least the dawn of the record industry: In the 1920s, in both the “hillbilly” (country) and “race” (blues) categories, hits like Ernest Stoneman’s “The Sinking of the Titanic” (you know: “It was sad when the great ship went down”) and Bessie Smith’s “Backwater Blues” (about a southern flood) were as popular as love songs. For a survey of these morbid melodies I highly recommend the Tompkins Square label’s 2007 box set People Take Warning: Murder Ballads and Songs of Disaster, 1913-1938.

There were professional songwriters who made a specialty of news-set-to-music, such as Carson J. Robison of Kansas, who in 1929 described his method: “First I read all the newspaper stories of, say, a disaster. Then I get to work on the old typewriter. There’s a formula, of course. You start by painting everything in gay colors. … Then you ring in the tragedy—make it as morbid and gruesome as you can. Then you wind up with a moral.”

Often that closing lesson was simply about the frailty of life and the mysterious omnipotence of God. But disasters in mines, factories and other workplaces often attracted songwriters aligned with Popular Front-style leftist politics, and the moral would become about greedy bosses’ blitheness about workers’ safety and community life.

It’s those songs we associate with the folk movement, and into that camp certainly fall Peggy Seeger (the half-sister of the late, great Pete) and her husband Ewan MacColl (the Scots-English communist singer/activist/playwright etc. and father of the late, great Kirsty)—the writers of the most enduring tune about the 1958 Nova Scotia trauma, “The Ballad of Springhill,” with its refrain:

In the town of Springhill, you don’t sleep easy,
Often the earth will tremble and roll.
When the earth is restless, miners die –
Bone and blood is the price of coal.

The song has been covered widely, popularized in part by Peter, Paul and Mary in 1965, nailed definitively by Luke Kelly of Ireland’s The Dubliners, and revived by U2 on the 1987 Joshua Tree tour.

~ PETER, PAUL AND MARY ~ The Ballad Of Spring Hill

Closer to home, the song’s also been done, like most tunes on related topics, by the Maritime coalminers’ choir the Men of the Deeps, whose lamp-helmet-wearing stage shtick seems cheesy at first glance, but I’d challenge anyone to listen to their fraternal harmonies at length and come away unmoved by the tenderness they unearth in a traditionally masculine, stoic identity.

“The Ballad of Springhill” is far from the only song to chronicle the pain of this little town (currently 3,800 people) in Cumberland County. In the very course of the disaster, bluegrass musician Bill Clifton and his Dixie Mountain Boys adapted a poem by Maurice Ruddick himself into a song. (Like the Georgia governor, Clifton seemed to feel the empathy between the Maritimes and the South as coal-mining regions—but without the racist baggage).

Ontario country singer Jack Kingston, an event-song keener who’d had hits with numbers about Marilyn Bell’s swim across Lake Ontario and about a shipping calamity in the same waters, wrote the successful “Springhill Mine Explosion” about the 1956 disaster and the less popular “Miracle at Colliery Two” for the 1958 event. Ruddick’s daughter Valerie Hope MacDonald, who used to back him up in musical performances, wrote a tribute song, “No More Pickin’ Coal,” that she sings in the community in her new home in New Brunswick.

Much more recently, Nova Scotia folksinger Brian Vardigans was nominated for a 2009 Music Nova Scotia award and got considerable CBC airplay for his album Springhill, with a title track, “Springhill (These Are Green Hills Now)” that’s an affecting mixture of celebration and lament for the passing of mining culture in the region: “These are green hills now/ But I remember those days/ When the big bump came/ And replaced the old ways/ When the mine shut down/ From the danger and the sorrow/ And they built us a prison/ Where I’ll go to work tomorrow/ There’s a prison up above/ There’s a prison down below/ Where deep waters find the tunnels/ Only miners used to know/ These are green hills now.”

And finally, in a gesture that acknowledges a deeper historical texture than we usually manage in Canada, Quebec group Le Vent du Nord made “La Mine” a.k.a. “La Complainte de Springhill,” which reaches back to the first recorded Springhill mine atrocity in 1891. You can read all about that and other overlooked connections of Canadian event songs on the Disaster Songs website being built by eastern-Canada historians, sociologists and ethnomusicologists.

With its strands of Scots, Irish, British, African and French heritage, Nova Scotia and most of the Maritimes are extraordinarily musical places in a way that’s too little realized in the central and western Canadian conceit about (outdatedly) “have” and “have-not” provinces and border-adjacent envy of American cultural swagger.

But there is also a whole history of coal-mining dominance that we are inclined to forget as that filthy, carbon-heavy method of resource extraction fades against competition from more cosmetically acceptable energy industries like pipelines and fracking. 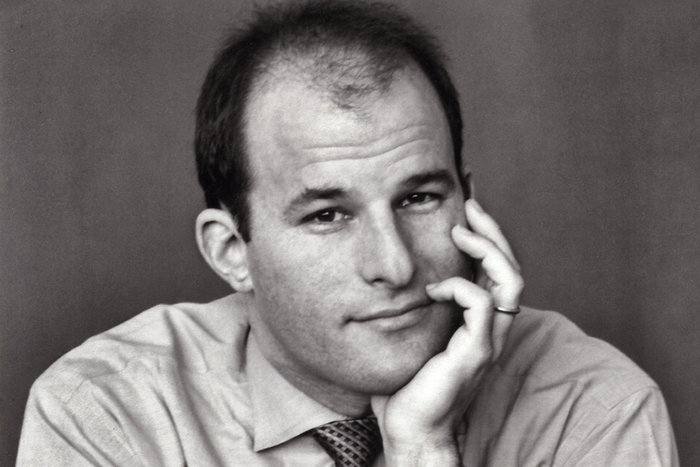 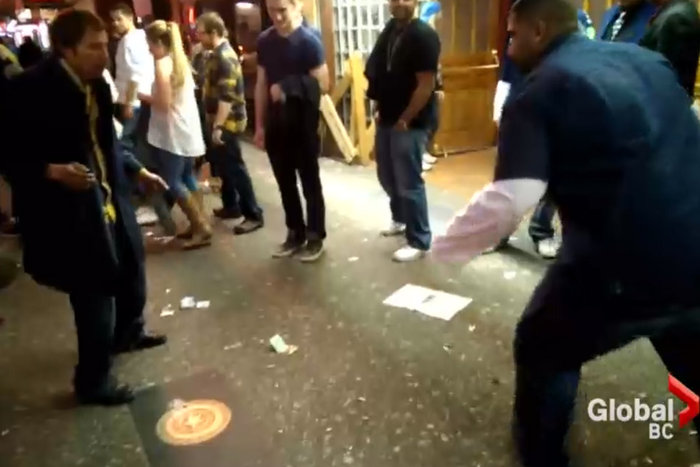