From One Boozer To Another

An open letter to Rob Ford—from one addict to another—on the value of admitting to your addiction.

I’ve been with you through all of this: I watched you, live, as you played ask-me-a-question with reporters, and then finally answered the one that’s been lingering for six months. I winced as you blamed it on your “drunken stupor.” But I stayed. I darted between my computer and my television for two hours. After a staffer announced that you’d be making an announcement “soon,” I didn’t even take a break to go pee.

You haven’t really said much. Not really. Not even in all 180 minutes of your radio show on Sunday. But I couldn’t stop listening: not because I was wondering what fuel you’d add to the scandal (although there is that), but because I wanted to know if you’d come clean. I don’t like you, but I was rooting for you. The fact that you denied, and downplayed, the symptoms of an addiction made me feel for you rather than scoff. Because, Mr. Ford, I think we have something in common.

I’m an alcoholic. And for years, I was terrified to admit it. I travelled to Korea, Vancouver, and Yellowknife before I learned there are some things you can’t outrun, or scale back, or hide in your basement from. My story is very different from yours, Mr. Ford, but the lies, the denial, and the pain I caused others are very similar.

February 2008, South Korea: My heart was pounding so hard I thought my chest was a bomb. It was 2am and I was having a massive anxiety attack induced by lack of food and copious amounts of booze. I thought I was having a heart attack. Five silent nurses worked around me: taking my vitals, sticking monitoring equipment to my chest. They’d torn my shirt open. Two of them held my legs down. I thought: “I’m going to die in this hospital.” I thought: “There will be no one I can talk to as I slip away.” But then one of the nurses plunged an IV into my arm. I don’t know what was in it, but I began to calm down. The bomb that my heart had become was disarmed. Two straight days of drinking, I forgot to eat. I didn’t shower. I drank my way to near-death. I spent my last $150 on my medical bill and the cab ride home.

I was broke for the next week. Back then it was normal. I always tried to make sure I had some food to eat: kimchi, peanut butter and banana sandwiches, cereal. Eggplant and rice. Street food was better. It was cheap. But I had better things to spend my money on. I’d salivate over upcoming paychecks, and the booze I could spend it on, the way some people salivate over a prime cut of steak.

Yeah, I’d tell myself I’d spend it on a trip to the grocery store. But I rarely got there. Self-care was eclipsed by one thought: “Oh man, I’m gonna let loose this weekend.” And I would. Drinks in my apartment overlooking the U.S. military base. Drinks in the cab on the way to the club. Drinks at the club. Drinks for the girl who was going to come home with me. Shots of Jager. Shots of Tequila. Some weekends I wouldn’t even know what day or time it was.

Here’s the thing: I went to Korea to escape a life of drinking. I knew that things needed to change. But when I got to Seoul, my plan to just have a drink with dinner turned into, “I’ll just have three or four and call it a night,” then “I’ll just have a drink from Wednesday to Sunday,” then, okay, sometimes Monday—if it meant someone to have sex with before I passed out. These women made me feel better. Someone wanted me. I was good. Women don’t want train wrecks; nobody goes home with a drunk. This is what I would tell myself. To get by. To keep going.

In eight months, I lost four teaching jobs. One I just didn’t show up to. I got so drunk the night before that I didn’t wake up until five hours after classes began. The others fired me for being late, or “not fulfilling my duties.” One probably fired me for smelling like a brewery. It was a pre-school.

I just kept pressing on, like I would get it under control. I borrowed thousands from my parents to stay afloat. I lied about why I needed money: The school I was working at, they cut back on teachers; the school I was working at, they closed down; yeah, that’s normal here, they are private and illegal so they close regularly; I’ve got some work lined up but I’ll need to borrow some money to get by until things settle back down. I was good at lying. I probably still am. To others I seemed to have the worst luck, but I couldn’t have been happier. Just, you know, if you lend me a few bucks.

I left Korea after eight months. I knew I was a mess. I moved to Vancouver thinking a change of scenery would help; I stayed four months. I was fired from a pizza shop for cheating the time clock, and, I’ll tell you something: I liked that job. I got another job right after working in a restaurant kitchen. I made friends with good people there. I stopped showing up. Before that, I went to work drunk (from the night before). I went to work high. It’s just easier not to care. Four years later, I still can’t bring myself to go to Vancouver. I don’t want to meet the memories of what I was there.

I moved again. To Yellowknife. About as far away from it all as you can get. Here’s a thing I want you to remember: far is never, ever far enough when you’re drinking. Geography doesn’t matter. Time bends in on itself like a whiskey river. Even when things seem fine. Especially when things seem fine.

It worked for a bit. Sometimes it does. I met the woman who’d become my wife, Lauren. I held a job as a cub reporter. I started cutting back on my drinking. But then I had an argument with my boss over a story. I can’t remember what the story was about, but I remember being pissed off. Fuming. I spent the next four hours at the Surly Bob’s Sports Bar. I remember only snippets of the rest of the night. Throwing rocks at Lauren’s window. Calling her cellphone over and over again at 3am. Crying because she wouldn’t answer me. The minus-20 weather. The blistering wind. My cold, frost-bitten hands. Sitting at my office desk without a shirt on (my guess is I was in the early stages of hypothermia). More tears.

I woke up at home the next morning. It was my day off. “Man, I had the worst dream ever. I drove the company car home hammered.” Dangling off the edge of my dresser was the yellow keychain to the company car. It was at this precise moment that I stepped outside myself and began playing out the scenarios in my head: I’m going to lose my job. I’m going to lose my girlfriend.

The worst of these what-if scenarios came as I drove the car back to the office (still half-cocked). It was a vision of future me. I was overweight and balding. Perched on a barstool, future me had dirty stains on his faded blue jeans. His eyes—my eyes— looked off into some distant thought, but they were empty. This Andrew was alone, except, of course, for the glass of whiskey tucked between his calloused fingertips. I wanted to die. Future me and current me. We both wanted to die. I was going to lose everybody. I deserved to.

Still a small voice: Maybe, but you don’t ever want to feel this way again.

I told my boss what had happened. I don’t think he was angry. He listened, at least, as I told him that I had a drinking problem. He was the first person I had ever told. It was the first time I’d ever said it out loud. To another person. To my surprise, it kinda felt good. It felt like “1,000 pounds had been lifted off my shoulder.”

I wasn’t fired. Instead, my boss helped me to get an addictions counselor. Lauren didn’t break up with me. It was the first time I realized people actually cared about me, what happened to me. I always thought no one did. To get that drunk, night after night, you have to think this way, really—it is all part of the ethos that lets us do terrible things to everybody, to ourselves.

My path to sobriety didn’t end that day. I’ve relapsed. But I never tried to hide my alcoholism again. It’s been since June 3, 2012 that I had a drink. And with each sober day the shame lessens a bit, and the non-drinking me feels more real. See, when you’re drunk, nobody really knows who you are: you’re drinking away your identity. Hell, I sometimes wonder if I ever knew who I was. I knew what I considered to be fun: drinking. And I knew what I loved: the things I loved while I drank.

These things—live music, parties—haven’t been the same. They won’t ever be. You will lose things. When I drank, I was the life of the party and I made friends with everyone (or thought I did). Now, I don’t even go to parties. Or bars. Or most places that serve alcohol. You know what? It’s better. I like me better.

Maybe you’re not an alcoholic, Rob—can I call you Rob?—but you seem like a textbook case. We pretend, and we deny, and we make half-admissions and threadbare apologies. We hope this will make it right. We hope this will make us better people, better people who can still pop one back in our basements. We (and I mean alcoholics) waste precious breath on apologies. We live in denial. Our jobs suffer.

We think admitting there’s a problem is like choking on a chicken bone of weakness and failure. Take it from one drunk to another, though, that being an alcoholic is not the worst thing in the world. Thousands of us are. Thousands of us thought we could just have “one.” It never, ever works.

Here’s what does: Admitting there is a problem, and then beginning the long, hard work to fix it. I can’t even begin to tell you how worth it this is.

Speak Internet!
The Giller Winner and The Many Layers Of Rob Ford 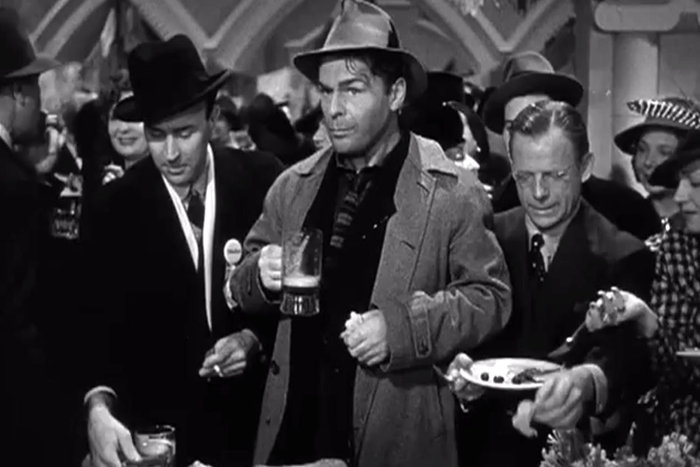 The News In Art
In Search of Rob Ford’s Fictional Forefathers
It’s easy to compare Rob Ford—and his many scandals—to Springfield’s Joe Quimby. He may, however, have even more in…