Jonathan Glazer’s lush, romantic take on the gangster movie, Sexy Beast, uses the simplest of moments to build its sense of dread: a warm day, a clear pool, a frosty beer.

Harry Harris is a Welsh-born, Edinburgh based journalist and songwriter. His work has...

In a small, unglamorous Spanish restaurant, Gal Dove’s friends arrive with bad news. And not just bad news—life-changing news, in the truest sense of the word. He’s just found out that he’s been offered a job, one for which he’s been asked to come out of retirement, or rather—and you can tell this from the look in his eyes, from the shift in atmosphere when the identity of the caller is revealed—for which he’s been told he’s coming out of retirement. One final heist.

It’s this scene towards the end of the film’s first act that serves as the catalyst of Jonathan Glazer’s lush, romantic take on the gangster movie, Sexy Beast. It’s in this moment we first hear the name Don Logan. Gal, played by Ray Winstone, may be at the core of the film’s plotline, but it’s Don, the psychotic, manipulative, maniac London mercenary, played by Sir Ben Kingsley, who informs the entire piece. When Gal’s friends break the news that Don wants him, he knows that the life he’s made for himself—the villa in Spain, the pool, the nice restaurants, the calm—is about to be destroyed. Perhaps then, that’s why in this scene he allows himself one final moment of respite—a last piece of clarity, before everything goes to shit.

A waiter approaches the table whilst Gal processes the information. Without missing a beat, the waiter pours out a beer, its frosted amber rendered particularly evocative by the film’s hazy cinematography. How good that beer looks, how hot the room feels. He takes a sip and gestures to the lager—an almost imperceptible movement, like The Wolf drinking coffee in Jimmie’s flat in Pulp Fiction, rendered through alcohol instead of caffeine. “That’s nice, that,” he says. “Nice and cold.” This is Gal’s last meal.

It’s a dramatic tonal shift, a flip-flop from sheer panic to a pure, base level of satisfaction. A need being met. The film, from its outset, effectively foreshadows this sort of disruption. In the first twenty minutes, though, it’s less polar, more a continued zig-zagging between idyll and turmoil throughout three sequences, where external forces don’t allow Gal any kind of respite.

In the film’s opening scene, Gal lies—speedo-clad, sunglasses on—in his private pool, a red love-heart tiled on the bottom. He is the archetypal Brit-abroad, doing the exact kind of thing British people do when they encounter actual heat—dry, desert heat, the kind you don’t get in the UK. He says it’s “too hot,” and then begins to fan himself with a tiny hand-held electric fan, as if that’s going to do anything at all. It’s the most British reaction to being in the sun you could imagine. He is living his best life. That is, until a boulder crashes into the pool, totally soaking him, although ironically, probably cooling him off pretty quickly. Still, the pool is destroyed, and, you know, he nearly gets hit by a boulder.

But don’t worry, he bounces back, manning a barbecue in the next scene. Here, it’s important to note the cultural difference between the American barbecue and the British barbecue. The American barbecue is an artisanal craft on which whole swathes of food culture are built: smoking, slow-cooking, dry-rubs, hot sauce, ribs, brisket, chicken—the whole of the South, basically. The British barbecue is: every year on a day when it’s forecast not to rain, but it rains, a dad gets out either a very rusty gas cooker or, more likely, a disposable foil tray filled with charcoal, and burns meat over fire whilst getting slowly drunk. And we love it. This scene is porn for British dads. Look at Gal, holding court over this grill, his subjects—wife Didi, friend Aitch and Aitch’s wife Jackie, the friends who have joined him in this post-gangster life—sitting, waiting for their quarter-pounder. Once again, Gal’s having a time, and then suddenly the fire spits at him, a throng of flames leaping out and sending him a few steps backward.

The third moment is slightly weirder, more conceptual. Gal and Aitch stand in a desert with shotguns, joined by Gal’s Spanish errand boy, and try (unsuccessfully) to shoot a hare. Again, a minor cultural point: it’s unlikely that Gal and Aitch—two East End wide-boys—have a relationship with hunting. Hunting is not a working-class pursuit in England, and gun ownership isn’t really a thing, although with both being ex-gangsters, you can imagine they know their way around them. Still, you can tell they’re both playing at it—Aitch in blue Wranglers and a ten-gallon hat, Gal in army fatigues and a military bandana. However, not only do both Aitch and the kid’s guns fall apart in their arms, the scene is followed by a dream sequence in which a tall, pretty terrifying rabbit appears on horseback and aims a gun at Gal’s head.

London-based psychotherapist Ales Zivkovic talks about how in dreams, the symbol of the rabbit often refers to something that is ungraspable, foreign, or unknown, a reflection of the animal’s nature in real life, their elusiveness. The rabbit is a frequent a symbol of an instability or psychosis: Donnie Darko (2001), Choking Man (2006), the white rabbit of Alice In Wonderland, Here, the rabbit escapes Gal in reality but returns in his subconscious, a symbol of his fear that is returned to in the film’s closing scene.

Throughout these opening moments, the dream sequence in particular, you can’t help but get the sense that somehow, Gal knows what’s coming. The unease that hangs over his opulent, blissful lifestyle is palpable—he’s just waiting for it. It’s The Appointment in Samarra, the idea that you can’t outrun fate, and if in the story of Samarra, fate is the servant eventually coming face to face with death, here it is Gal hearing he’s been called out of retirement, and that Don is coming.

Perhaps the real reason that Gal’s small toast rings out so clearly in this film, though, is because of who’s saying it. Ray Winstone is an odd kind of leading man, an actor whose entire career seems predicated on the idea that he’s just one of the lads. Where Ben Kingsley is method, serious, a towering thesp, Winstone is an everyman. Rico Lowson, Programme Coordinator at UK film education charity Into Film, suggests this is crucial to us empathizing with him as Gal. “He is of that world entirely, it’s unreconstructed, there’s a genuine sensitivity to him because he’s right on that edge of pure bloke, but there’s a yearning to him. If you listen to him in interviews, he’s exactly the same.” We understand his performances through the lens of what we know about him as person; there’s no divorcing the two. That’s not to discredit his performance in any way—in a film that is all about the rhythm of the dialogue and the tension between Gal and Don, Winstone is flawless, never misses a beat, but what it means is this: when he drinks a beer, something he’s probably done countless times before, and takes the trouble to say how good it is, you know that means something, and by extension, you know how bad it’s about to get.

Harry Harris is a Welsh-born, Edinburgh based journalist and songwriter. His work has appeared on MEL, Nylon, Eater, Catapult, VICE, Pitchfork, and more. 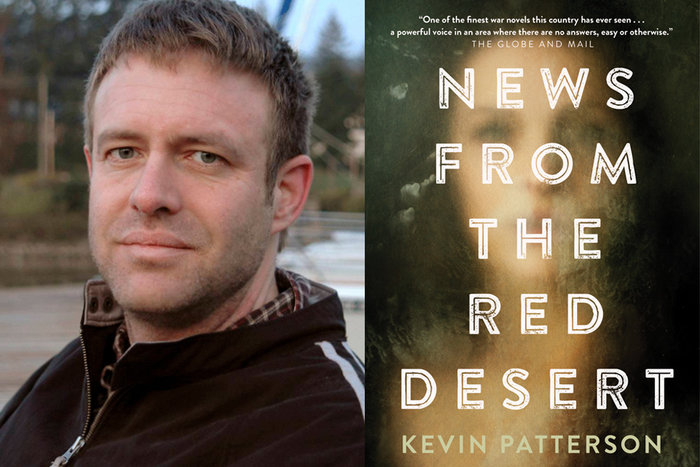 Interview
‘Torture Exists Because Of a Failure of Empathy’: An Interview with Kevin Patterson
The author of News from the Red Desert on the desire for action, the futility of violence and capturing the truth of… 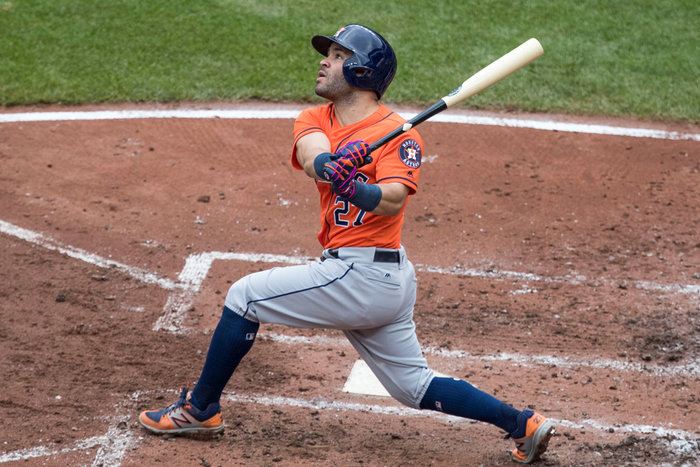 Paint the Corners
The Last Distraction
I thought baseball would become political in 2017, but it only absorbed the frazzled, babbling-lunatic tenor of the…