San Francisco-based writer Rebecca Solnit’s wide-lens perspective and undulating prose is not nearly as renowned as it should be. 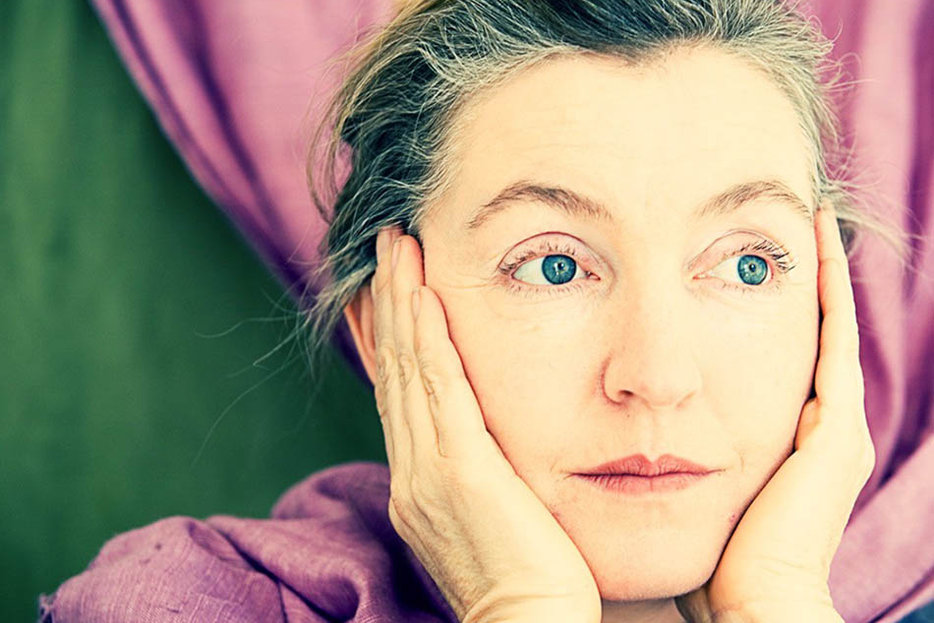 With the arrival of her new “anti-memoir” (her term) The Faraway Nearby, Rebecca Solnit has now written 14, arguably 17, books. (It depends on how you count the co-authored ones.) That is more than a lot of writers, Joyce Carol Oates excepted, will ever get around to thinking about. More than a few of the books have won awards; in particular, her River of Shadows: Eadweard Muybridge and the Technological Wild West won a National Book Critics Circle Award. She is, however, not yet a household name. She does not have a fancy magazine gig, and her books are not regularly reviewed by outfits like the New York Review of Books. (Only the second-to-last, A Paradise Built in Hell, got a full treatment there.)

It’s a curious thing, because Solnit is one of the more interesting “public intellectuals” around today, if you’ll excuse the way the term is now weighed down by TEDTalks and books for businessmen.

Profiles make a great deal of the fact that Solnit is from San Francisco, and indeed if the New York-centrism of the publishing world had a basis in fact that would be a remarkable thing. But a lot of America’s great essayists and thinkers are also from California: Joan Didion, Pauline Kael, Susan Sontag, and M.F.K Fisher all were, for starters. And she writes not much like any of them. Though there is perhaps something in the fact that unlike all but Fisher (another outlier), Solnit has by and large stayed on the West Coast.

Other points of distinction are more telling. She grew up the daughter of activists. She couldn’t handle high school, so she got a GED instead, and then a degree from San Francisco State University, which is refreshingly not a member of the Ivy League. She was in Paris alone at 18 and then did a stint in journalism school where she was not like everyone else. “I could never attain that perfectly flat voice that I think is as affected a style as any but that’s supposed to be the style of objectivity,” she told the Columbia Journalism Review. She became an art critic, and then used that perspective to comment on the things she witnessed as a journalist and activist.

So her big breakthrough came about not through the sponsorship of some proper MFA professor or the right New York editor, but from, she says, her time spent with the anti-nuclear activists at the Nevada Test Site. As she told The Believer:

“I realized there that the genres—first-person lyrical essay, reportage, critical analysis—couldn’t be separate, that I needed all the tools to describe a place so complicated, a place where all kinds of cultures, histories, and ideas converged and collided, filtered through my own experience camping out with the antinuclear activists.”

Her first book of essays, Savage Dreams: A Journey into the Landscape of the American West, reflected that change. And since then she has been a staple of publications like The Nation, and Harper’s, and a lot of websites. But she is not a blockbuster writer, and among the people who follow her, mostly other writers, this is a curious thing. Not to mention something that needs to change.

Let me explain why I’m such a partisan. A few years back, some forgotten someone sent me a link to Solnit’s essay on “Men Who Explain Things.” The experience of reading it was not unlike what I imagine the religious would say of the paths they found to God. Life divides into the time before, and the time after.

It starts with the story of how Solnit was once lectured by a man at a party about a subject she’d written a book on. He tried to insist that there was a book on the subject she’d missed, and as he talked further, she realized he was unknowingly talking about her own book. The man retreats, embarrassed, and Solnit writes, “Being women, we were politely out of earshot before we started laughing, and we’ve never really stopped.”

Sometimes I send men this essay. Often they get confused and ask things like, “But what if I really do need to explain something?” And, “Does this mean men can’t talk?” Getting her point appears to take an unusual amount of self-critical reflection. And the men who miss it tend to overlook that half of her argument is that women tend to be over-endowed with self-critical reflection.

One self-serving bit of evidence: It wasn’t so long after I read “Men Who Explain Things” that I began to write seriously, myself, after a lifetime of wanting it but not being sure I had “anything to say.” The essay showed me the fallacy of the premise, the idea that everyone who does write should have the assurance they do about what they say. Not only did she tell me not to listen to those men, she let me reflect, finally, on the wide world.

“Men Who Explain Things” is not particularly representative of Solnit’s whole body of work. Solnit is prolific, to an almost unbelievable degree. (I set for myself the task of reading everything she’d ever written, then reduced that to “most of her books and a lot of her pieces” fairly swiftly.) But although she does tend to write “personally,” she does not do so confessionally. Personal anecdote tends to be offered only in passing. What that distinction means is that her work is instantly recognizable for its wide-angled lens.

Wideness is not terribly fashionable these days, at least not in non-fiction. In New York literary circles, you sometimes hear people say (or is it despair?) that everyone wants to be an essayist. Adam Kirsch sang that song in the pages of The New Republic, recently. But whether you are writing of Sloane Crosley, or David Sedaris, or even John Jeremiah Sullivan (who has some journalistic leanings), you are referring, I think, not to the essay proper but to the “personal” essay. The personal essay tends to be a small-subject sort of endeavor. Though sometimes it uses the author’s experience to point outwards, it’s usually still a personal epiphany, rendered in plain language.

But in her new “anti-memoir,” The Faraway Nearby, Solnit comes out as a partisan for expansion. “The bigness of the world is redemption,” she claims. This attitude does not come as much of a surprise from someone raised in the West, and particularly the West of the United States of America. It is difficult to avoid the subject of horizons when every vista, even every tree, is soaked in the subject.

The preoccupation with bigness is about more than Solnit’s choice of subjects, which do frequently involve some question of land or environmentalism. In Solnit the preoccupation with bigness rolls out into every undulating sentence she writes. Her prose doesn’t tend to cut so much as wave in the wind. Don’t get me wrong; it does so beautifully. It’s like one of those fields of grain that make a cameo in “The Star-Spangled Banner.”

But what it means, effectively, is that Solnit doesn’t have epiphanies, per se. She has long daydreams. Many of them are about walking, a perennial subject. Two of her books, Wanderlust: A History of Walking and A Field Guide to Getting Lost, are explicitly about this. She even describes her own style in those terms: “meandering.” And the thing about a meandering writer is that to read her takes patience, attention, time. All the things you need to go on a long walk, in other words. Which most people don’t have these days. In Wanderlust, Solnit writes:

Later in the day that I read this I went for a walk along the New York waterfront. I walked by a lot of people who were holding their phones in front of their faces. Connection isn’t always a consequence of being outside, at least not anymore. And this seems to me reflected in the work of so many essays I read, these days. Of course we all live in what David Foster Wallace called our “tiny skull-sized kingdoms,” but some people are more willing to resist that than others. Solnit is one of them. But paradoxically it means that people will write whole dreary literary pieces on the contemporary state of the “American essay” without mentioning her once. 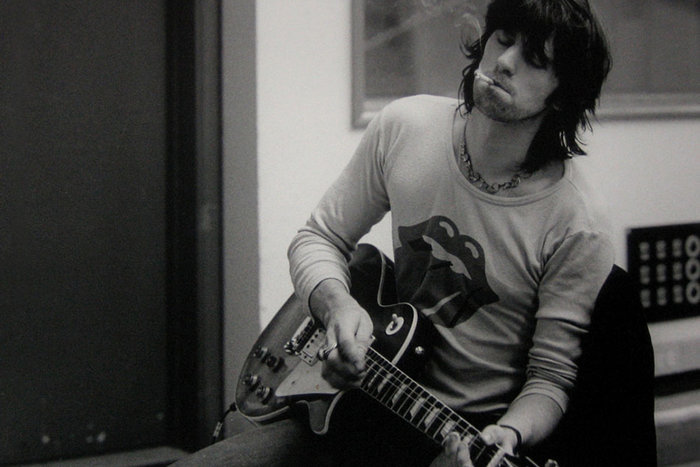 Household Gods
Bigger Than Money
Through a haze of anesthetic, a patient on the operating table recognizes her surgeon’s voice. Part of the series… 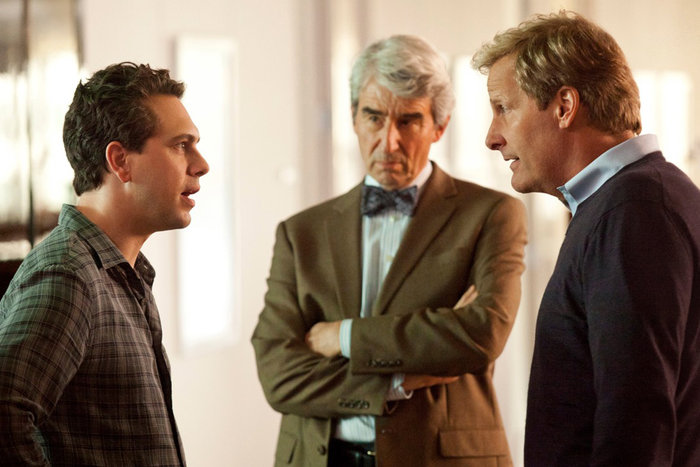