Edith Wharton and Loneliness in January

Romance is a fool’s errand—the American writer knew this well, and it was reflected in her novels. With her birthday falling tomorrow, our correspondent proposes Wharton, who had a “special expertise in loneliness,” as the patron saint of the loneliest month. 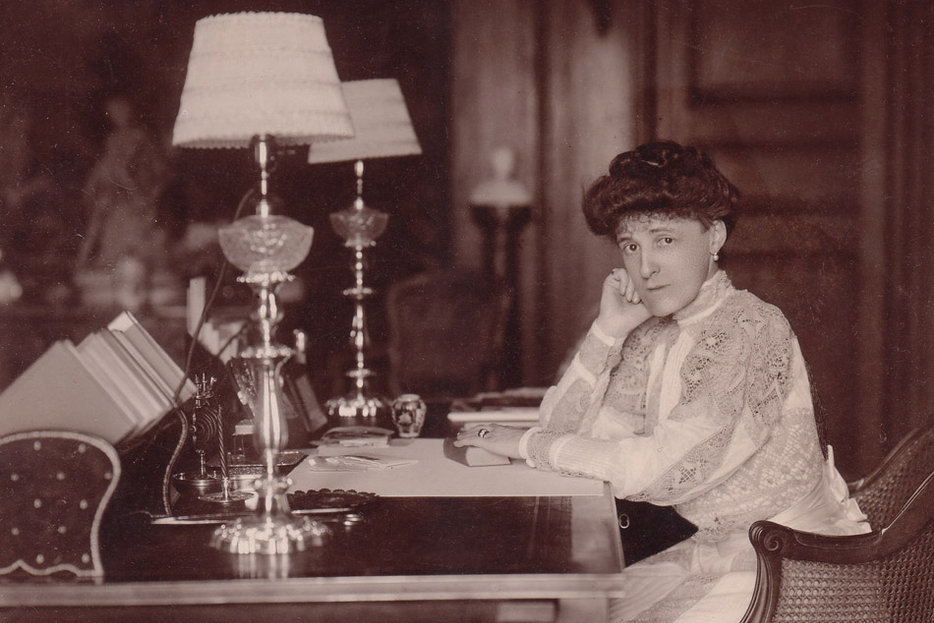 Something about the interregnum between Christmas (when people formally perform capitalist dreams of togetherness) and Valentine’s (when people formally celebrate often flimsy hopes of togetherness) always makes me feel very lonely. For one thing, as I have not yet managed to persuade myself to migrate further south than New York, it’s usually cold. For another, year after year, I live alone. I do not mind this very much, except in January, when it isn’t possible to go read in a park and thus sort of siphon a sense of connection and purpose from the alchemy of sun and other people. Instead I read at home, where I eye my cat, and my cat eyes me back, perhaps wondering why at this time of year I interrupt so many of her naps.

Edith Wharton, for reasons she has little control over, has come to be a patron saint of my lonely Januaries. One possible reason: her birthday is on the 24th, and I am certainly the kind of nerd who actually thinks about it being Edith Wharton’s birthday on the 24th of January, every year. I can report to you facts like that this year, she would be 152-years-old. I also am the sort of nerd who ends up re-reading Edith Wharton at least once a year in a bit of futile homage. No one is keeping track of my ritual but I have an idea something depends on my re-reading The Reef, or The House of Mirth, or Ethan Frome.

That something, I came to understand this year, is me. The birthday is the excuse; the truth is that these books are, to me, about my own loneliness. They are the way I get through Januaries. I have trouble admitting this because it’s embarrassing to be lonely, for some reason. It is a defect in character and I have an idea I should be hiding it. Intellectuals do not have feelings about books. You are only supposed to have ideas about books; feelings are for the plebes, the book club members. Literature, they will tell you, is not therapy.

Well, let’s try this, as an idea about Wharton: she had a specific expertise in loneliness. Her own loneliness was a hidden thing, kept for herself. It woke like a dragon when she met Morton Fullerton in 1907.

At that time, Wharton was in her forties. She was not, as I am, living alone. She had been married for over twenty years to a man named Teddy. He was a gouty depressive who she probably hadn’t ever loved. Even on the level of bare practicalities, it was never going to be a marriage of true minds, anyway. Had he not had so many health afflictions, or been so unlovable to her, Teddy was a weirdo, an introvert. And Wharton herself was not. In 1907, she was two years out from publishing The House of Mirth, her first commercially successful book. Life was a whirlwind. She had money and praise and friends galore. She was, in short, everything I’d like to be at forty-five, if there is a God. Except that she had a loveless marriage.

Fullerton was not to change that, not directly. But what he did was unlock some room Wharton had been hiding in. Though they first met in the salons of Paris it was not until he came to visit her at The Mount in Lenox, Massachusetts, in 1907, that the affair was cemented. The two, walking out around the town of Farmington spied a witch-hazel bush. When Fullerton wrote to thank Wharton for the visit, he enclosed a sprig. Wharton was overcome, in a way she seemed to need to immediately justify to herself in a journal:

For I had no one but myself to talk to, and it is absurd to write down what one says to one’s self, but now I shall have the illusion that I am talking to you, & that—as when I picked the wych-hazel—something of what I say will somehow reach you…

Hermione Lee stops here in the biography to remark how awfully literary Wharton’s love was from the start. The journal is addressed, Lee writes, to a “contrivance” whose “emotions [Wharton] is inventing.” There is something more than mere writing happening, though. There is, after all, a level on which every person who falls in love is doing so with a contrivance whose emotions they invent. It’s the first reaction of any lonely person who senses a crack of light under the door, and rushes to open it.

Fullerton was apparently a man who enjoyed contrivances. Today we’d call him someone who couldn’t settle, but his commitment-phobic strategy was an unusual one. Rather than remain unattached altogether, he racked up a dizzying amount of liaisons. While fooling about with Wharton he was fending off an ex-lover’s blackmail, dallying with a French countess, and engaged to a younger cousin his parents had raised and treated as his “sister.” And his time with Wharton spanned only some four years of his on-and-off romantic history.

This incomprehensible silence, the sense of your utter indifference to everything that concerns me, has stunned me.

What you wish, apparently, is to take of my life the inmost & uttermost that a woman—a woman like me—can give, for an hour, now and then, when it suits you; & when the hour is over, to leave me out of your mind & out of your life as a man leaves the companion who has afforded him a transient distraction. I think I am worth more than that, or worth, perhaps I had better say, something quite different.

And then eventually resignation, as in what Lee calls the “dignified letter of renunciation”:

You are as free as you were before we ever met. If you ever doubted this, doubt it no more.

When she wrote that she was still married to Teddy. And though within three years Wharton would be divorced—Teddy’s speculation with her money seems to have been the last straw—it was, more or less, the end of the affair, too. And Wharton never had another true romance.

It is hard to give the precise measure of Wharton’s expectations here. She’d never mention the affair in her memoirs; the epistolary evidence would be dug up later, by her first major biographer. Perhaps she’d be horrified to see how much ink has been spilled about it, and about the role it is agreed to have played in her writing. Hermione Lee offered the assessment that it led to great writing. Specifically: The Reef and Ethan Frome.

The Reef is the more recognizably Whartonian of the two books, though also the lesser known. It has also been called Wharton’s attempt to write a Henry James novel. In it, a young man has an affair with a young woman which comes back to haunt him when he has a serious engagement to an older one. Some of the passion of the Fullerton affair seems embodied in the younger Sophy Viner, but all the later regret in Anna, the older woman. At some point after Anna learns that her fiancé has had this affair, and has decided she cannot marry him because of it.

The knowledge came to her in the watches of a sleepless night, when, through the tears of disenchanted passion, she stared back upon her past. There it lay before her, her sole romance, in all its paltry poverty, the cheapest of cheap adventures, the most pitiful of sentimental blunders.

In other words, if anything, Anna is left more alone by the experience of love. The enrichment is at best theoretical.

The ambivalence about it is reflected, too, I think, in Ethan Frome. He is even more the embodiment of solitude, “a part of the mute melancholy landscape, an incarnation of its frozen woe, with all that was warm and sentient in him fast bound below the surface.” He got to keep his lover, but he only did so because she was paralyzed, literally powerless to leave him. The rapturous romanticism evaporated instantly when physical barriers intervened.

Sorry, does that sound hopeless? Yes. But also true. I think often of something Henry James wrote, at the beginning of all of it. He was a good friend of both parties in the affair. But James was a cagey man when it came to personal lives, and burned a lot of letters; he condemned a whole generation of literary critics to spend their lives arguing over whether he was gay. We don’t know how much he knew about the state of things.

Still, we do know that James had long known Fullerton as a man-about-town, and evidently liked him regardless. Fullerton is often said to be the model for Merton Densher in James’ The Wings of the Dove, the cad who schemes with his beloved to get a dying heiress’s money, but ultimately has a pang of conscience and refuses it. And when Wharton was first getting to know Fullerton, James made a remark to her in a letter that was either careless or a warning, we’ll probably never know: “He’s so incalculable.”

Well, people are incalculable on the whole. They do not do what you expect. They play along with your fancies of who and what you think they might be. They are not the boon companions that books promise you. The fantasia of Valentine’s Day aside, romance is often a vast fool’s errand, one in which women particularly are usually disappointed. Edith Wharton knew that, and knew it intimately. And every January I want to ask other people: don’t you know it, too? 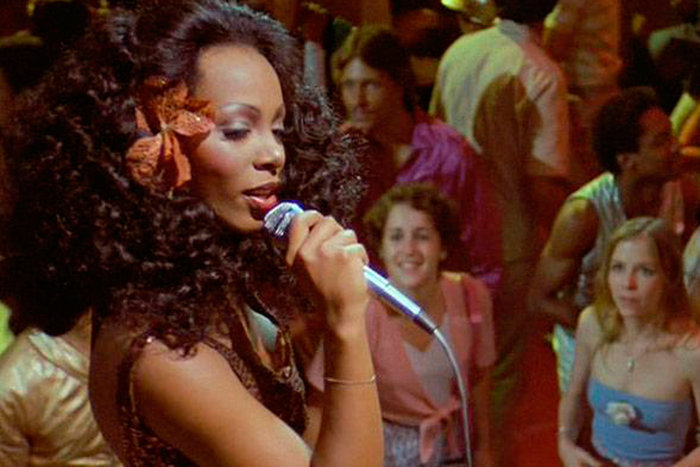 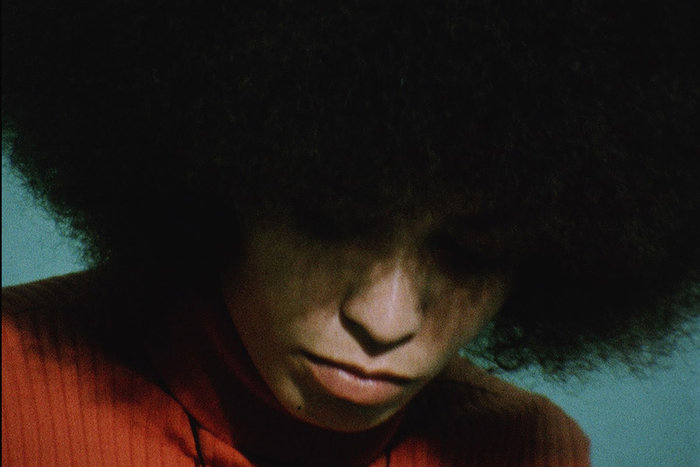 The News In Art
With Friends Like These…
The United States has a long and ugly history of spying on its own citizens. Last week, as the surviving members of a…