Finding a Home in the Apocalypse

For some immigrants, apocalypse fiction is more than just fantasy: it’s a reflection of their struggle to rebuild, the grief that comes with memory, and trying to belong in a new place.

Adnan Khan has written for Hazlitt, The Globe and Mail, Maisonneuve, The... 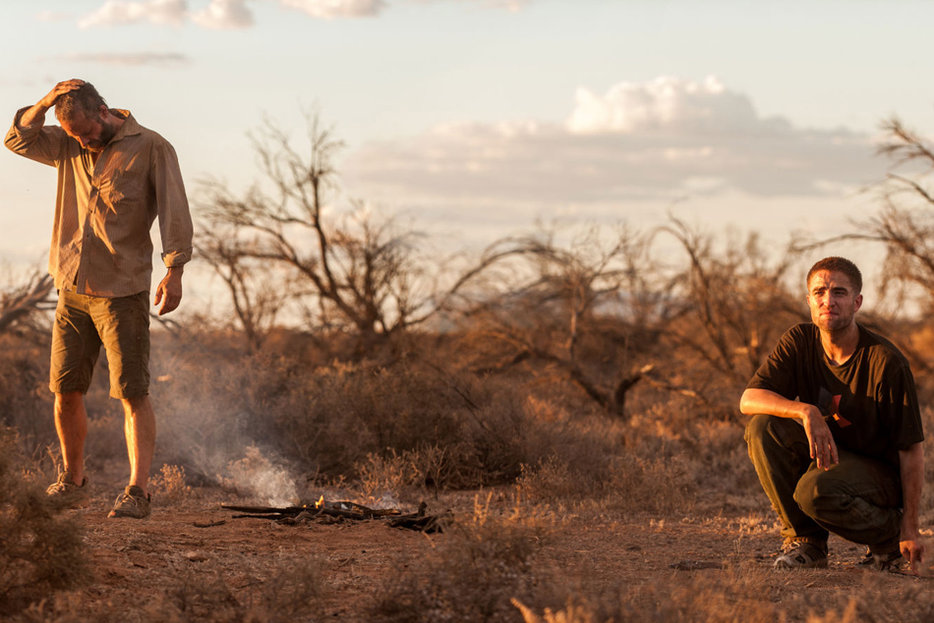 Image from The Rover

One of my earliest memories is from 1991, as a four-year-old in Saudi Arabia near the end of the Gulf War. I was rushing to my mother’s bedroom in the middle of the night, waking her up and begging for help falling asleep.

My father had recently moved our family from Dammam, close to the border with Kuwait, to Jeddah, west across the desert, to protect us from the fighting. We lived in a compound for foreigners: segregated housing for the non-Arab employees of the oil company my father worked for. Here, women drove cars and I roamed freely after school, burning my bare feet on the hot pavement and crashing into the community pool to cool down. While the Gulf War crept forward outside, I was protected here, and given free reign to wander this barren, desert landscape.

For two decades, I’ve had trouble falling asleep. While living in Melbourne, I began to think about the apocalypse while in bed to wind down: cracked city landscapes, empty cars rusting, fragments of a failed place. The imagining always ends with me hiding from the world—alive, fed, and full, but hiding, on the precipice of anxiety, as I fall into the nothingness of sleep. I conditioned myself to fall asleep thinking about total annihilation.

Home has been a difficult concept since I moved to Canada at seven, be it on long trips to India, or back in Saudi Arabia. The question of “where do I belong” is the classic source of angst for the immigrant. My apocalypse imaginings are a bridge to the barren landscapes of my childhood and the last time I felt “at home.” The apocalypse genre reflects the visual of growing up in a compound in Saudi Arabia: the same hard sun, concrete surfaces, and wandering solitude. My mind moves toward apocalypse fictions the way we think about a forgotten friend, or a partner that’s left us—grief becomes its own comfort.

The apocalypse also allows for rebuilding, refortification, starting over. The journey many immigrants make without family, connections, or friendship is replicated in these battle tales. Everyone is on even ground when they only have their immediate possessions and a limited ability to penetrate the atmosphere they’ve just been dropped into. Hostility prevails.

When I lived in Australia, I was struck by the emphasis their writers and filmmakers placed on defining the country’s relationship to the world. Their sense of dislocation mimicked the physical fact of their country: a weird, big place completely out of the way. Immigration is a controversial topic in Australia and the rhetoric of “boat people”—refugees fleeing to Australia via boat from South East Asia—has caught on the same way the dialogue about “illegal” Mexicans has in the U.S.

My mind moves toward apocalypse fictions the way we think about a forgotten friend, or a partner that’s left us—grief becomes its own comfort.

It’s disheartening to witness Australia move closer and closer to the American brand of self-righteous white anger, but also refreshing to see a willingness to engage in conversation about what it means to be a multicultural society. They are screaming, yes, but also listening.

Immigrants rarely get to tell their own stories outside of novels—we almost never feature in movies and TV shows. I had to cobble my identity together from the bits and pieces I saw: Apu on The Simpsons, Kumar from Harold and Kumar, or whatever other stereotypical role was made available to a brown actor.

I was going through a post apocalyptic movie phase–Mad Max and Akira mostly, but even Waterworld–when I realized the craving for a new home replicated the journey of immigrants. The same way X-Men comics are sometimes considered as representations of the American civil rights movement, the apocalypse-genre represented my shifting understanding of “home.”

Australian director David Michod’s film The Rover is one of the latest entries in a crowded field of apocalyptic movies, books, and TV shows. The world of The Rover takes place a decade after a major economic collapse has left the Western world hunting Chinese Yuan. Our heroes, Australian Eric and American immigrant Rey, are struggling to adapt to this new economic paradigm in outback Australia.

It’s easy to blend this film with a typical immigrant narrative, as the interactions between Rey and Eric express the angst of the newcomer. The apocalyptic scenario lays bare the immigrant’s negotiation with past and future. Memory is potent in The Rover, as it is for almost any immigrant. As you scramble to piece together your future in an unknown environment, you only have the past and its customs to guide you.

But the past and its customs are increasingly murky and useless. Faced with an unknown future, we retreat to the past for its safety. An inability to assimilate to their new homes—to abandon memories, language, traditions—is the charge most often lobbed at immigrant communities. The fence-jumpers and anchor-babies of the world are hated for their ability to flex the definition of home. By widening the grasp of that word, home, and revealing its delicate qualities, the tenuous nature of the nation-state is revealed.

A request to live in the West is often answered with, “Why do you deserve to live here?” Michod’s work tries to reveal the flaw in this power structure, where the immigrant must prove his value to his new home. Doesn’t Eric need Rey, the American immigrant, more? At the onset of the apocalypse, Eric killed his wife and her lover; he’s been living in solitude for the past decade. Rey offers him friendship and a delicate path back to humanity.

For immigrants, solitude and the trap of memory are central conditions. The appeal of The Rover, and of apocalypse fiction, is that it renders this so finely. Eric is alone and against the world. If our memories are a series of linked stories that our consciousness tells us, it’s possible they could be used as shelter: nostalgia becomes a type of tarp we can hide under when the present becomes unbearable.

Apocalypse fiction is appealing to me because my knowledge of home is so fickle. Imagination becomes a mindscape that allows me to exist because I don’t feel like I can anywhere else: I was never a citizen of Saudi Arabia, and though my family is from there, I’ve never lived in India, and I can’t truly find myself anywhere in the multicultural Canadian mosaic.

If The Rover is about the ones who disappeared, HBO’s The Leftovers (adapted from Tom Perrotta’s novel, with help from Perrotta himself) is writer Damon Lindelof’s attempt to understand what happens to the ones left behind. Justin Theroux’s character, police chief Kevin Garvey, is struggling to keep his family together three years after a “disappearing” event erased two percent of the world’s population, including his wife. While The Rover is content to dissect the power struggle between two men, The Leftovers sprawls, tackling cults, memory, and the crumbling empire of the nuclear family.

Mapleton, New York, is unsure of how to eulogize the disappeared. Are they heroes? Did they even do anything worth remembering? As one local fireman recalls, his brother-in-law was a “dipshit” and doesn’t particularly deserve the parade Mapleton is throwing for the vanished on their disappearance anniversary.

The fence-jumpers and anchor-babies of the world are hated for their ability to flex the definition of home. By widening the grasp of that word, home, and revealing its delicate qualities, the tenuous nature of the nation-state is revealed.

Grief is the process of coming to terms with memory; a process passed down to the children of immigrants, to the community, and then turned into nostalgia. Community-wide nostalgia can act like a virus, crippling its progress, and holding it to a standard that should have been surpassed. How does grief twist us?

Leaving a country behind has dislodged the idea of stability in me. Since graduating university, I’ve lived in four cities in three different countries and spent almost a cumulative year traveling. The purest feeling I’ve had is one of solitude—when I first moved away from Toronto, to Vancouver, and locked the door to my new apartment knowing that no one on the street would recognize me. I haven’t traveled to learn, but for fear of staying still. My past haunts me like an abandoned ghost.

By using the apocalypse to exaggerate the discontinuity of small-town America, Lindelof draws a very real portrait of the immigrant-in-community, and the different ways immigrants must ping off each other in order to achieve harmony. In The Leftovers, we watch the Garveys try to build a life with the new cults and communities that have sprung up since the disappearing. This act of community building is central to both apocalypse fiction, and ethnic diasporas in the West, who struggle not only with other groups and the country’s majority, but also with the lingering trace of their memories. How do you progress as a community when your idea of community is rooted in memory? The Leftovers enacts this fear of termination with the past. The greatest sin is forgetting the disappeared.

It’s strange to look to stories about the apocalypse to see stories of immigrants. But co-opting these narratives, and placing myself in a sphere where I don’t exist, brings me closer to this world. It takes me from a permanent sense of dislocation and brings me to the present. I need to see myself reflected in the eyes of someone else. I need a vivid definition of life in this world to show me that I can be home.

When I was in Bombay a few months ago I had the keen sense I was walking in the footsteps of a shadow self of mine. Did a calmer version of me exist somewhere else? Now, back in Toronto, I struggle with falling asleep, staying asleep, or even committing to the idea of sleep. I can no longer easily find this apocalypse self of mine. Each night I struggle to come undone.

I’m forcing an end to the question of “where do I belong?” Memory is a luxury, and allowing it to twist and turn me, to devastate my waking hours, isn’t a life worth living. Abandoning the comfort of apocalyptic dreams may mean more sleepless nights, but it may also lead to a life lived.

Adnan Khan has written for Hazlitt, The Globe and Mail, Maisonneuve, The Awl, and others. His first novel is THERE HAS TO BE A KNIFE. 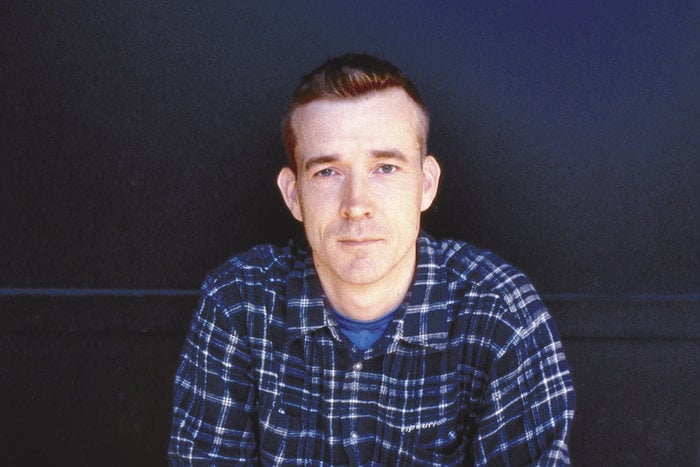 Books
Bumping Into Your Memories: An Interview with David Mitchell
The author of The Bone Clocks on speaking through outspoken characters, using his own pop culture favourites in his…