The Gift of Denis Johnson

For two years after one of my closest friends killed herself, I thought my grief and guilt were meant only to be handled privately. Tree of Smoke reeled me back into the world.

Adnan Khan has written for Hazlitt, The Globe and Mail, Maisonneuve, The... 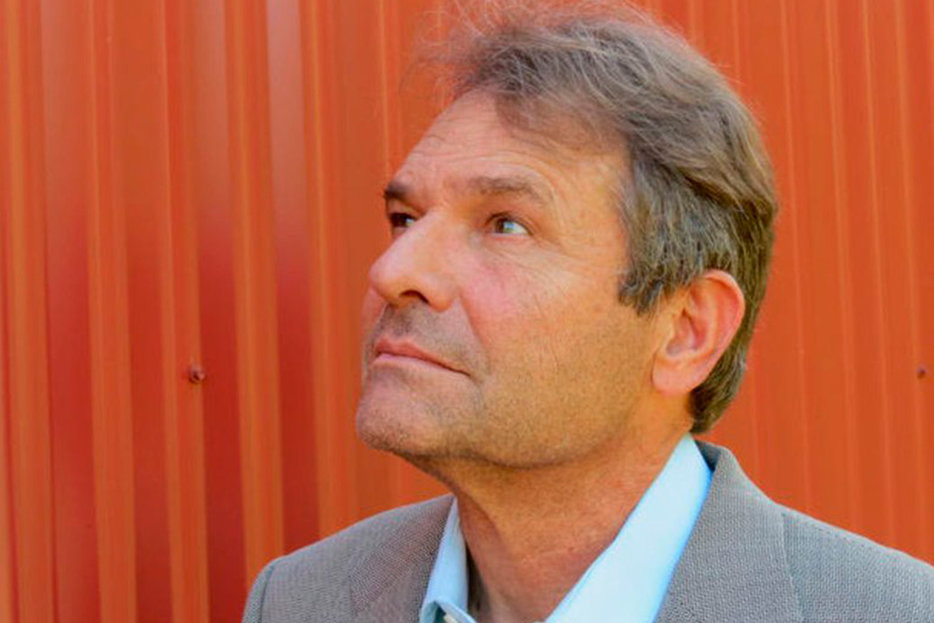 When I heard last week that Denis Johnson had died, I thought immediately of the opening pages of Tree of Smoke.

The book centers on CIA officer William Sands and the soldier brothers James and William Houston, set amidst the Vietnam War. Johnson begins on a grand scale, his first sentence reporting the death of President Kennedy, before he squares up on a sobering up William Houston, wandering through the jungle in the Philippines, looking for wild boar to shoot. The scope of the prose is wide—“ten thousand sounds of the jungle”—and personal—“pulse snickering in the heat of his flesh, and the creak of sweat in his ears.” Few writers can toggle between operatic registers and sneaky details as well as he could, and he flexes all these muscles in this short early scene. We follow Houston through the jungle until he stumbles on a small monkey. Houston shoots it: “He raised the barrel a few degrees and took the monkey’s head into the sight. Without really thinking about anything at all, he squeezed the trigger.” Johnson’s prose matches the raw enormity of the revelation: “Seaman Houston felt his own stomach tear itself in two. ‘Jesus Christ!’ he shouted at the monkey, as if it might do something about its embarrassing and hateful condition.” Approaching the monkey as it dies, Johnson renders Houston coming into an elemental grasp with the world through death: “As he held the animal in his hands, its heart stopped beating. He gave it a shake, but he knew it was useless. He felt as if everything was all his fault, and with no one around to know about it, he let himself cry like a child. He was eighteen years old.”

In something like a thousand words, Johnson creates this magnificent moment, ludicrous and far away, exaggerated but serene. The exact details of the book are distant from my life, but his reckoning with death and grief’s ability to disorder resonated deeply when I first read it. The book came to me two years after the suicide of my oldest friend, C.—two years during which I had tried to understand her death, but also which I fled from it, afraid of the pain. I was initially expecting from Tree of Smoke a macho, fun, war story—instead, for the first time in two years, I felt absolutely confronted. Houston’s disorientation and naivety chimed in me, rang through the guilt and sadness and loneliness. That surprise, and Johnson’s tender ruminations, helped me finally let my guard down. The overwhelming sadness that came with C.’s death had made it impossible to step back and think about our friendship; this trick of fiction opened that node in me.

C. had been a constant presence in my life from grade two onwards. She sat across from me in Ms. Yamamoto’s class, her afro crowned by a hair band. I remember her as a serious student, always volunteering for the hand-outs, and a kind one; in grade six, she organized a surprise birthday for a teacher no one liked. While she was at the head of the class, I would linger at the back, more interested in Iron Man and Shaq; once, I shoved a chunk of rubber eraser up my nose and, too scared to tell anyone, left it there for a few days when it wouldn’t come out.

Our friendship remained distant until high school, when our lives began bending toward similar creative paths. Always pragmatic, she had a keen interest in design, and for the first time, I found someone to talk to about art. I babbled nonstop about Charlie Kaufman; C., having a more agile intellect, rightly refuted most of what I said. I was bored then, mostly—I wanted to get out of the neighbourhood I grew up in but had no means to do so. C.’s friendship provided me an escape; for a time, there was nobody I was closer to. She called me “little one” in Spanish and teased me about my mopey demeanor, the fact that I was two hours late to the first date I ever went on, and my love for the band Korn. My family life was imploding as my older brother swerved in and out of trouble, and my parents were fully occupied with him. I sensed a similar restlessness in C.—I knew she had a complicated relationship to family, and that, despite her responsibilities, she wished she could have thrown them off.

During our final year of high school she was the president of the student association, and I would stop by her office between classes and at lunch; C. was an emotional conduit for almost everyone who entered the room, always ready to provide sensible advice. On top of school, she played a large role helping her family with her younger siblings. I’d known C. to be stressed sometimes, or overworked, but never sad or depressed—never such depths of inner agony, or anything that suggested her life would end that way.

When I went to university we began to drift apart. As time pulled us further away from each other, I checked in less and less, but I never forgot those early years of friendship and the grounding force she was. Even now, my memories of her are crowded with laughter and joy, the picture of a person I could go to when I was lost, for intimacy both intellectual and emotional. When her death came, a few months since we had last spoken, I felt as disoriented as Houston in the jungle—what had I really known? I felt, as Johnson wrote of the soldier, “as if everything was all his fault, and with no one around to know about it.” Her death thwarted my conception of our friendship. That guilt trailed me through the years, veering into the path of any happier recollections: did I not ask? Did I not see? Was I content and greedy with our friendship, eager and willing to benefit from her emotional maturity, drawing more from the well of her generosity than she could handle?

Johnson captures, in those first pages of Tree of Smoke, the aloneness of death. It is a solitary act; no matter how many people surround you, no matter how you go, the experience is singularly yours. Grief mirrors this: the folds of memory C.’s death had exposed belonged to me. I cried at her funeral and then not again for two years. I had a new girlfriend who didn’t know C. and I didn’t know how to articulate my thoughts to her; I was encircled by my best friends, all of whom had known her, but I didn’t know, then, how to be vulnerable with men. The only person I could have brought something of such gravity to was gone.

When I found Tree of Smoke, it lured me in. Johnson’s prose is a trap—beautiful, romantic, but deadly. I had spent those years living in a sort of daze. C.’s death had shifted my understanding of the world, but I had no tools to comprehend that shift (and as I’ve learned since, even having those tools doesn’t necessarily mean you can build peace). Those pages were a hallucination, a dream, a ghost—how could it be magic and real at the same time? Johnson’s gift was in centering the minute within his gigantic spiritual worlds, where people’s small, private tribulations were balanced next to larger existential dread. I had thought for those two years that my grief was meant to be handled privately and with fortitude—I felt strong shame at having wept at the service. To see myself in this Vietnam War novel, the anguish I had been feeling expressed so clearly, so publicly, to see it realized with such acuity, was startling. Reading that opening, I felt myself being reeled back into the world. I hadn’t known what to do—C. was dead, I was not, and I could only wonder if I had let her down. I could feel my sadness morphing into fear, and I kept an emotional distance from those around me best suited to help. The pain remained, not available to me, but still informing my decisions. When a less direct path presented itself, cloaked in a book about Americans in the Vietnam War, I was able to engage in the confrontation.

Learning of Johnson’s death felt oddly engulfing. I spent the day in bed scrolling through online remembrances, trying to parse my own feelings, trying to understand why the death of this person I had never known was so evocative. After Tree of Smoke, I read all his other books, and while impressed, it was the opening of Tree of Smoke that I would return to. Its language remains startling: there is no machismo, no bravado, none of the charm and romance sometimes ascribed to his characters. There is only Houston, the grand gesture of death, and his terrible sorrow and guilt. It wasn’t until after reading Tree of Smoke that I visited C.’s gravesite for the first time, though it took watching the bizarre funeral scene in Lars and the Real Girl sometime later that same summer for me to burst into tears, unexpectedly and unwillingly, finally prompting me to ask my girlfriend that unanswerable question: how much of it was my fault?

Even now, I wouldn’t say I understand C.’s death, or that it resides in me in some uncomplicated way. I still don’t always understand my own sadness, or the different ways in which I miss her. Nine years since her passing, I’m only now beginning to have relationships that eclipse it in duration. Nine years later, and I still wonder what wounds I might reopen. I’ve tried to hold onto one of the lessons Johnson’s writing helped teach me: that grief can reside in me alongside memories of C.’s laugh, her teasing, that intimacy, without corrupting them. And though Johnson is now gone too, it’s with a familiar thankfulness I can approach what he left behind, knowing that each time I return to them, those sentences will bring me to life.

Adnan Khan has written for Hazlitt, The Globe and Mail, Maisonneuve, The Awl, and others. His first novel is THERE HAS TO BE A KNIFE. 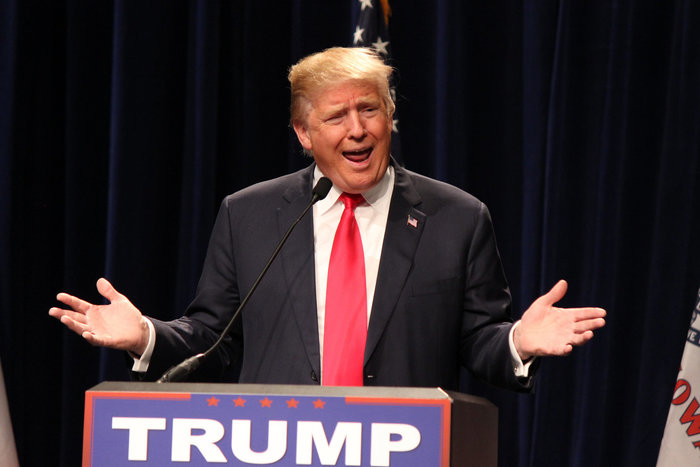 Essay
Selling the Sun King
Mass intimacy requires a dilution of one’s complexities. In order to become a celebrity, a person necessarily becomes a… 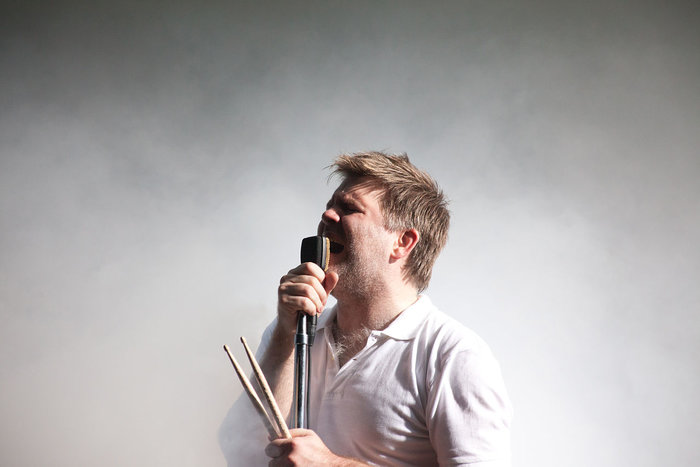 Nostalgia
Nine Short Essays About ‘Someone Great’ by LCD Soundsystem