Warren Kinsella, Liberal Party stalwart and punk rock veteran, shops for vinyl at a dying record store and talks about his latest book, Fight the Right.

Matthew Braga writes features and essays about culture and technology. He has written for ... 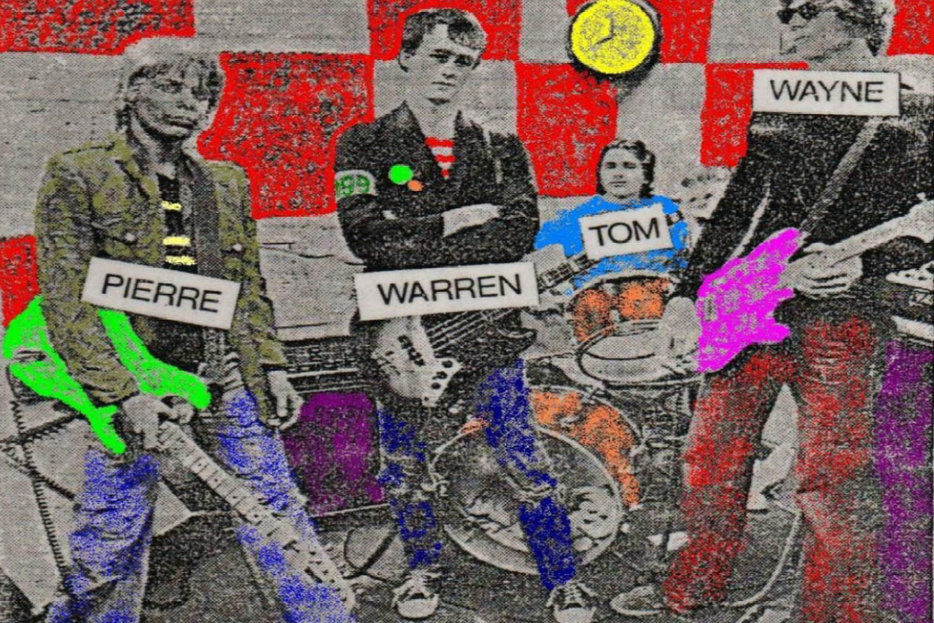 Another record store is dying, so Warren Kinsella and I go to pay our respects. On a Friday afternoon, we meet outside Hits and Misses, the independent punk and hardcore vinyl dealer in Toronto’s west end. Despite twenty years in business and a move to the high-traffic Queen West strip in 2010, owner Pete Genest has been struggling to make rent. In September, he received his eviction notice.

On a street filled with cafes and high-end furniture stores, Hits and Misses is perhaps an enigma to the non-punks trawling for caffeine and couches. Kinsella, a 52-year-old lawyer, Liberal party strategist, pundit, and punk singer, straddles this binary himself. Why Do You Hate Me?, the most recent album from his current band, Shit From Hell, includes tunes like “Jesus Got Wood” and “Horny Single Mom”—the latter a lyrical tour-de-force, which manages to fit 58 instances of the titular phrase into a mere 70 seconds. You can find a link on his website, alongside post-mortems of Michael Ignatieff’s failed 2011 Liberal election campaign and critiques of the Conservative government. He formed the band in 2005, with three lawyers and businessmen his own age.

Kinsella has been at this a while; punk is what got him into politics in the first place. Born in Montreal in 1960, to renowned medical professor Thomas Douglas Kinsella and his wife, Lorna, the family moved to Calgary in 1975, where Kinsella formed the Hot Nasties (previously, the Social Blemishes) with a group of high school friends. Their debut EP, Invasion of The Tribbles, was released in 1980, the title a homage to the small, furry aliens featured on Star Trek. It was the sort of thing you might expect from a group of 16- and 17-year-old boys growing up in the 1970s—Kinsella trying to emulate British vocals on songs like “I Am A Confused Teenager.”

Alberta, at the time, was home to a radical separatist movement that reminded the Kinsellas of what they had, in part, moved from Montreal to escape. The National Energy Plan—introduced by Trudeau’s Liberal government in 1980—was met with fierce opposition in Western Canada. While the federal government sought more control over provincial energy production, far-right figures from James Keegstra to Terry Long used that opposition as a platform to push their racist ideals. Inspired by the United Kingdom’s 1976 Rock Against Racism campaign, Kinsella and his band began to hold anti-racist rallies of their own. It was a noble pursuit, but most fans only wanted to get drunk.

“I thought, I’m not going to elevate anybody’s consciences as successfully as I’d like to here,” says Kinsella, who looks more the part of Queen Street’s couch-and-coffee clientele. His greying hair is receding and unstyled, pushed back and to the left. He wears jeans and a tucked plaid button-up, an indeterminate logo peeking out from the t-shirt underneath. “Music can do a ton, but it can’t educate people to the extent that you want them to on a political issue.” He knew he wasn’t a Conservative, and the Alberta NDP was practically nonexistent, which “kind of left the Liberals by default.” He joined the party in 1980.

We enter Hits and Misses to a band called Scream (true to their name, there is much screaming), followed by songs from hardcore bands Negative Approach, Articles of Faith, and Die Kreuzen, none more than two minutes in length. I ask Kinsella if we’ll find his first EP—reissued earlier this year in a run of 1000, by Canadian independent label Ugly Pop—and so he asks the clerk, who tells us they’re out of stock.

Kinsella lingers on a button from a band called The Sturgeons, old friends who made records on the Hot Nasties’ label. He spots an EP from another Calgary band, the Rock and Roll Bitches, which he will later buy—coyly filling the vacant feature spot on the wall with the latest Shit From Hell record, plucked from a bin nearby.

Reviews of the album by Torontoist and Exclaim!, though favourable, fixated on Kinsella’s past as a self-professed Liberal party “spin doctor.” In political articles from the National Post or Maclean’s, it’s always the other way around: the phrase “punk rocker” appears with derisive suspicion. “The political media people don’t get the punk thing, and the punk people don’t get the [political] part of it,” he says, recalling that his move into politics “outraged” some of his punk peers.

On the other hand, “[political types] thought that punk rock was throwing up on old ladies in airport waiting rooms and killing yourself with heroin,” Kinsella laments of his time working for Jean Chrétien’s government, as special assistant to the prime minister from 1990 to 1993. He would later serve as chief of staff in a number of federal ministries—including the Department of Public Works—until 1996, and run in the 1997 federal election as a Liberal Party candidate for the riding of North Vancouver. (Currently, Joey “Shithead” Keithley, of the Vancouver punk band DOA, is seeking an NDP nomination in BC.)

“It’s like, why can’t I be in a punk band and work for Jean Chrétien? Where is it written that I can’t do that?” Kinsella asks. “Chrétien knew, and he thought it was funny, but he didn’t care.”

“I certainly got [flak] during the Paul Martin period,” he later adds.

In a Starbucks across the street, the mood is markedly different—less Scream, more Broken Social Scene. By day, Kinsella is presidentof Daisy Consulting Group, the policy and public relations firm he founded in 2006; and, following stints with the Ottawa Citizen and the National Post, he’s been a Sun News columnist since 2010. He recently published Fight the Right, his sixth book, a political manifesto of sorts “designed to help progressives better understand their conservative adversary.” One of the left’s main problems, he explains, is that it lacks unity: Stephen Harper’s Conservative government spent years consolidating the warring forces of right-wing political power before finally winning an election. But the Liberals and the NDP are too busy fighting with each other to face what Kinsella sees as the real threat.

“They have all kinds of reasons why they can’t [merge],” he says. “But I’m like, okay, what are the big policy differences? What is a divide that is so immense and deep that you couldn’t ever get across it? There’s nothing.”

He also argues that the left requires a better message, giving credit to the Conservatives for consciously simplifying the issues they present to voters. He believes that the Liberal Party in particular would do well to study their right-wing foes, in the interest of making their values easier to understand. “It’s not that we’re out of sync with the values of your average person,” he says. “It’s that the average person perceives [Liberals] have no values.” It’s the same perception his political peers had of punk.

Like politics and punk, the warring factions of the left aren’t as diametric as they might seem; and Kinsella believes there’s plenty of room for progressives to challenge the current system while working within it. But it won’t happen overnight. “In the case of the Conservatives,” he says, “it took having their faces ground in the dirt three [elections] before they finally figured it out.”

Matthew Braga writes features and essays about culture and technology. He has written for The Globe and Mail, Bloomberg Businessweek, The Verge, VICE, BuzzFeed, and The Walrus. 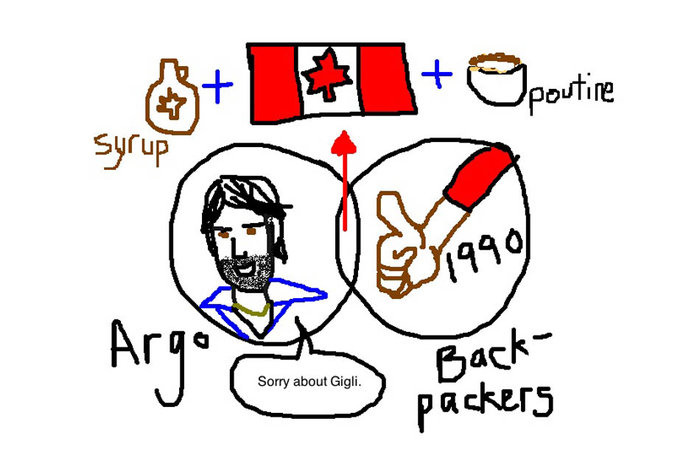 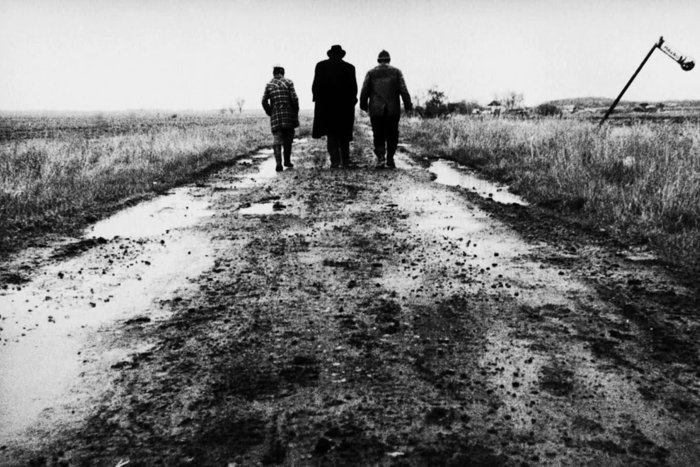 Lost Library
The Boring Arts
Sometimes a book or movie doesn’t behave the way it’s supposed to, especially if it strives for the…

Giving Up the Ghost
Brin-Jonathan Butler
'Nobody's Going to be Having Any Moral Epiphanies': An Interview with Patrick Radden Keefe
Matthew Braga