While Nelson Mandela sat in prison, cultural authorities in South Africa clamped down on “subversive” music, banning albums and raiding gigs. Warrick Sony’s Kalahari Surfers, however, found a way through. 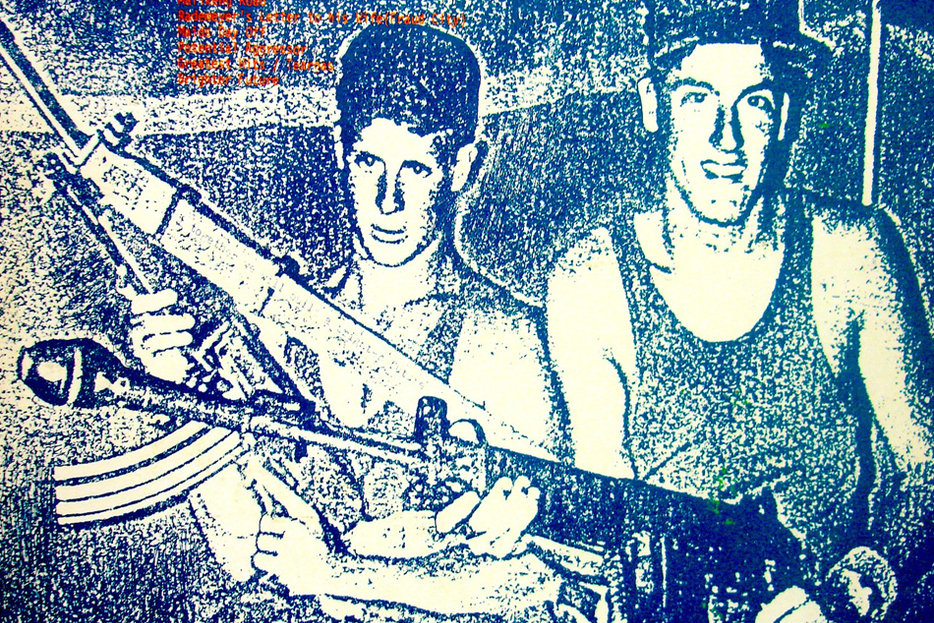 In a Montreal record store in the mid-eighties I stumbled on a puzzle. It was a cassette featuring a blue-tinted picture of a ripped blond white guy holding a surfboard and a logo of a black bushman firing an arrow. The band name: Kalahari Surfers. The title: Sleep Armed.

I figured it for a South African punk album, which was startling enough, but I was unsure where it stood: Was it about fighting the apartheid state? Or some kind of a white-backlash album about keeping a gun under your pillow in case the blacks rose up to take revenge, the way people like Margaret Thatcher kept warning would happen if the South African government were allowed to fall too quickly?

Playing it didn’t provide easy answers. Instead of punk rock, there was a scramble of buzzy static and sound samples, hymns and speeches in Afrikaans and English; pop songs with ska horns and mbaqanga rhythms; and pointy-cornered guitar attacks, one part Frank Zappa to one part Clash or Gang of Four. This wasn’t like any African music I’d heard before, but I couldn’t stop listening, because it felt finally not like a homily or a distant report but a dispatch straight from the front.

It’s one thing to know that Nelson Mandela was 95 when he died last week, and another to wrap your head around the fact that the man was born in 1918, barely out of World War I and not so long past its African warm-up, the second Boer War. North Americans grew used to him as a kind of saintly grandfather, the Santa Claus of human rights. It’s too easy to forget that in a very different world your grandfather was a young fighter and lover and friend.

Due to the regime of censorship and restrictions on cultural exports and travel, as well as for reasons of fear and commerce, the African music we were hearing didn’t directly address politics. It was white westerners writing the protest songs and punk screams. There was Johnny Clegg and his multiracial band Juluka, but their songs tended to express hope and wishfulness more than anger.

Kalahari Surfers was the great exception.

Mandela’s legacy helped create the way the world thinks in the 21st century, but his life was about the charred 20th. His ideals were conceived in struggle but incubated and solidified during the nearly three decades he spent shut off, imprisoned, all but invisible. Those years can seem like blank spots on the tape. They are the period when his voice had to be heard through others—at first rarely, muted, in what he called “the silent Sixties,” then mounting to a roar … sometimes the roar of guitars and amplifiers.

I was at a bar in downtown Toronto on Thursday evening, a few hours after the word came of Mandela’s death. A woman asked the gregarious, grey-haired bartender if he’d heard the news. They agreed it was sad. She said, “Remember?” There was a little pause and the bartender began to sing, not-so-tunefully, the melody of the Special AKA’s 1984 anthem, produced by Elvis Costello: “Freeeeeee… Nelson Man-del-a!” He stopped. “I just got chills,” he said. She murmured, “Me, too.”

There was a comical second-handedness to the way a lot of us came to see the horror of apartheid. I was aware vaguely in high school that there were divestment campaigns on college campuses, but most of the info arrived through music—Peter Gabriel’s “Biko” (about the martyred leader who briefly filled Mandela’s absence), Gil Scott Heron’s “Johannesburg” (“Have you heard?” he asked—no, not really), Artists United Against Apartheid’s cheesy but refreshingly specific cultural-boycott anthem “Sun City,” and of course “Free Nelson Mandela.”

The bartender’s little cover version made me reflect that I doubt I had any idea then what Mandela even looked like. (The politician later joked that a lot of people thought “Free” was his first name.) He had been in jail for 20 years and there was little visual record of his past; no one was showing this 1960 interview where he explained why the African National Congress was turning to armed struggle. Reagan and Thatcher were still labeling him a terrorist and promoting “constructive engagement” (i.e. business as usual) with the apartheid regime. (Their friend and usual conservative ally, Brian Mulroney, to his exceptional credit, disagreed.)

But Mandela’s name, and apartheid as an obscene word, were becoming central to left and alternative culture, and African music a mandatory part of enlightened taste, a lot of it imported via western rock-star emissaries such as Gabriel and Paul Simon. But there was a paradox: Due to the regime of censorship and restrictions on cultural exports and travel, as well as for reasons of fear and commerce, the African music we were hearing didn’t directly address politics. It was white westerners writing the protest songs and punk screams. There was Johnny Clegg and his multiracial band Juluka, but their songs tended to express hope and wishfulness more than anger.

Warrick Sony has said that the fall of apartheid was a liberation, to feel able to sing about “love and rivers and trees and shit” and to do songs without any words at all. But he also seems cognizant of the fact that nothing he does will carry the charge of those 1980s and early 1990s Kalahari Surfers records, and devotes some time to tending that legacy.

Kalahari Surfers was the great exception. Like other South African punk and protest bands, it faced bans by the cultural authorities and raids on gigs; record-pressing plants would refuse to manufacture its work. But its leader and sole consistent member Warrick Sony (a pseudonym for the artist born Warrick Swinney in Cape Elizabeth in 1958) was resourceful and distributed his own cassettes, and got in touch with the experimental European label Recommended Records (a.k.a. RecRec or ReR) to produce his albums abroad and ship them back. That’s how they reached North American ears.

Sony had grown up in Durban, which then had the largest South Indian population in the world outside India, and studied tabla and classical Hindu music there. He was a conscientious objector who was allowed to serve his mandatory military service mostly as a musician. Punk rock came along while he was in the army and changed him from a liberal to a radical who felt a duty to act. He also worked as a sound engineer, and by night in the TV and film studios where he was employed, he would scour archives and news tapes for sound samples of political and religious speeches and aural evidence of atrocities he could layer into his music.

By hybridizing multiple multicultural genres into his sound, Sony was implicitly violating apartheid’s segregating dictates. One banned album was called Bigger Than Jesus, echoing John Lennon’s controversial joke that in 1960s South Africa resulted in Beatles music being banned by the devout Christian nationalist regime. But Kalahari Surfers was also not the peace-and-love kind of protest music that liberal Afrikaaners were accustomed to (you can get a sense of that in-between segment of the culture in the documentary Waiting for Sugarman). It was acerbic and self-indicting.

As the filmmaker and poet Ian Kerkhof (who later renamed himself Aryan Kaganof) wrote in the notes to Kalahari Surfer’s 1985 album Living in the Heart of the Beast:

“No South African music is ‘innocent.’ All vinyl, all recordings, are texts to be read for clues as to the ideological battles being waged between the state and the oppressed. All forms of music indigenous to this country have been mediated by the music industry to denude them of meaning in the very space which has informed them. … But within the everyday too there are those moments where what [Roland] Barthes calls the ‘grain’ of the voice invites one to consciousness. Those ubiquitous black troubadours who stride the cities singing under skyscraper shadows for the cents spilled out in fear and gratitude; the street guitarists endlessly strumming the only three chords that can possibly express everything; the blind gospel quartet in the shopping malls – all these sounds of engagement with the spirit of South Africa, transformed by the necessary codes of the ‘underground,’ are there, in the Surfers’ music.

“Under apartheid, South Africans are forced into a continuous and routine coexistence with the abject. This explains the need for the ‘upfulness’ of mbaqanga music within black society. It is a culture of defiance to existing conditions, and more importantly in the long term, an affirmation of humanity… For this reason it has to be white South Africans who produce a music as reflective as the Surfers’. Even those white democrats who are actively involved in the struggle still have the breathing space of their skin colour, still have the time to invoke and explore that nature of the beast they are within. This task is essential not only for the struggle but for themselves – it is an expulsion of their cultural abjection. The ‘I’ who has been ‘seen’ in South Africa must make decisions—to remain uncommitted is to remain undefined as a ‘self,’ to exist in the ‘cultural schizophrenia’ of which Lefifi Tladi speaks. The Kalahari Surfers have clearly chosen.”

I often think that it must be difficult for the dissident artist when the change for which you’ve been agitating has come. Warrick Sony is still an active artist, often doing soundtracks for films on political themes, putting out compelling instrumental electronic and dub music and occasionally returning to protest over corruption in the current ANC government, for instance. He’s said that the fall of apartheid was a liberation, to feel able to sing about “love and rivers and trees and shit” and to do songs without any words at all. But he also seems cognizant of the fact that nothing he does will carry the charge of those 1980s and early 1990s Kalahari Surfers records, and devotes some time to tending that legacy. For him as for Mandela, the 20th century is where his weight will always be planted most deeply.

Mandela’s death prompts so many thoughts, about history, about human potential, about pain and recovery from pain. But I think about how Warrick Sony must be feeling this weekend, as someone who spoke when the central protagonists of his nation’s drama could not—tried to be true to all the depth and dynamism of those missing voices without presuming to speak for anyone but himself. I know I could never do what Mandela did, but I hope if the moment comes that I could take up something like Kalahari Surfers’ example. It begins with realizing when the moment has come. 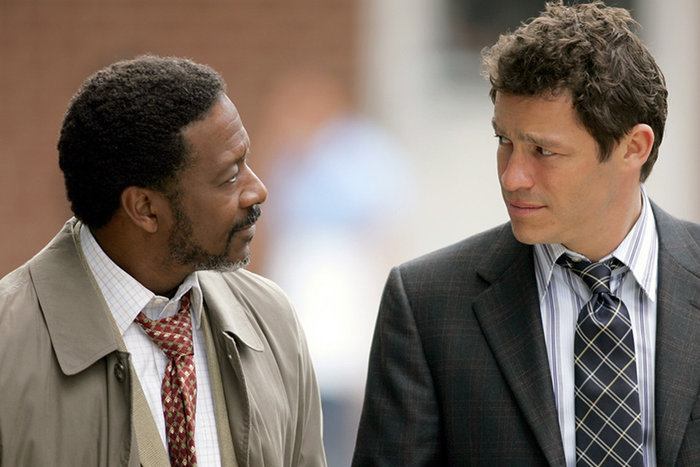 Lost Library
The Murders Are Irrelevant
There’s a great tradition, from Poe to The Wire, of the crime drama that forgets it’s a crime drama—and concerns… 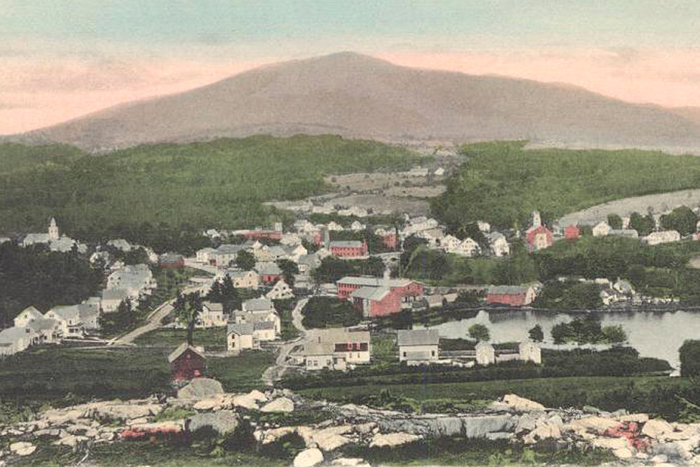