The Murders Are Irrelevant

There’s a great tradition, from Poe to The Wire, of the crime drama that forgets it’s a crime drama—and concerns itself, instead, with the minutiae of its characters’ lives. The author’s favourite book of 2013, Keith Ridgway’s Hawthorn & Child, is a model of the genre. 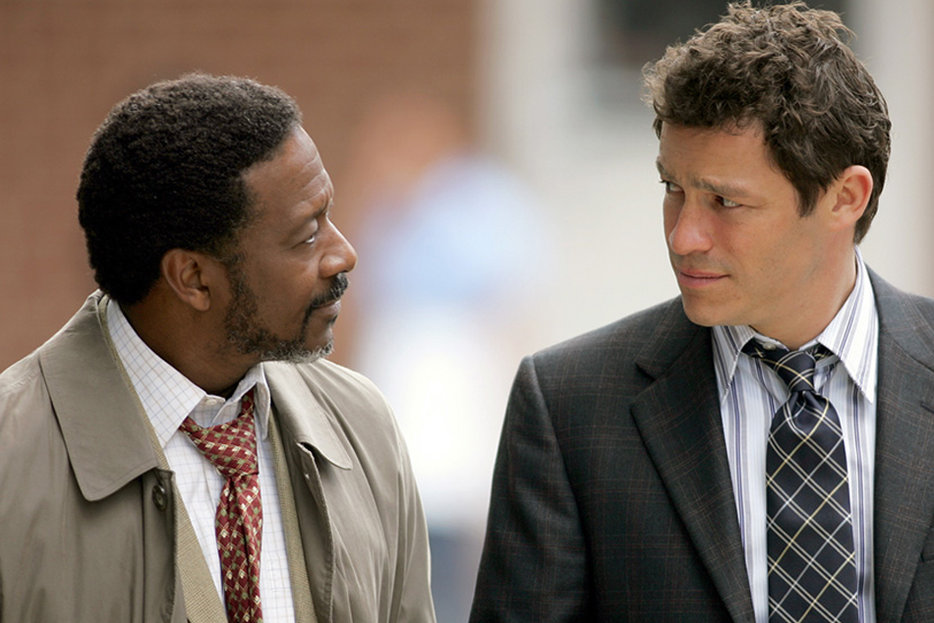 It was Edgar Allan Poe who invented the modern crime drama with “The Murders In The Rue Morgue”: the point of the story is that everyone thinks they’re smart, detectives and witnesses alike, until a civilian cracks the case, proving that Madame L’Espanaye and her daughter were murdered by an orangutan with a bad attitude and a straight razor. You’re not supposed to see it coming: Poe’s game is to set up a Manichean battle of good and evil, the darkest of human motives against the bright light of truth and justice, and then he tells you the monkey did it. You expect the figure in the carpet, the solution to the whodunit, to snap into focus. Instead you’re left blinking. It’s a joke.

You’ve been promised a crime story and then robbed in broad daylight. But Poe has fed you a stealth story about how we accuse each other, jump to conclusions about human behaviour based on the weakest of clues—and that’s the crime. The murders are irrelevant. “Almost all of our sorrows,” writes Schopenhauer, “spring out of our relations with other people.” This is the story of “Rue Morgue,” dressed up as a police procedural.

You can draw a straight line from “Rue Morgue” to modern crime tales like The Wire, which is about drug dealers and cops and corrupt politicians only on the surface: really, it’s about loneliness. McNulty’s skill as a detective aside, the scene that defines him is when, in response to his ex-wife’s accusation that he can’t even provide the basic necessities for their two sons, he struggles to build a pair of Ikea bunk beds in his apartment, all the while getting drunk on Jameson’s. In the end he’s alone, with an empty bottle, staring at a poster of zoo animals the boys will never see. The Wire is about the drug trade in the same way War and Peace is about war and peace, by which I mean: it’s about everything else. But particularly it’s about people who can’t connect, in their personal lives or within the organizations they belong to (drug families, police departments, schools and city halls) which are too big to care if they succeed or fail, live or die. What redeems these characters is how hard they try.

Call it Existential Crime Drama. Poe started it, but it’s a genre. Every clue is a dead end, and the question is not whodunit, but whyamIhere? Skies are heavy with rain and despair, characters are red-eyed insomniacs: it’s Sherlock Holmes by way of Camus’ The Plague. The Scandinavians are good at it but the best recent example, and for me the best book of the year, is Hawthorn & Child by the Irishman Keith Ridgway.

Set in modern London, Hawthorn and Child are not father and son but police detectives, partners, sent out to investigate an attempted homicide: a young man, a banker, is shot in the street, early in the morning, seemingly at random. There are no suspects. In the hospital, Hawthorn and Child manage to talk to the victim before he’s wheeled into surgery. He gives them a description. He was, he said, shot by a car. A vintage 1930s black car with running boards. If there were people in the car he didn’t see them. “A beautiful old car,” he says, “came out of nowhere and shot me.”

So begins the tale of a crime begging to be solved, or so we’re led to believe. In fact, as the story deepens, we never hear much about the shooting or the phantom car again. It’s as if Hawthorn & Child began as a potboiler crime mystery and then promptly forgot what kind of book it was supposed to be, turning its attention instead to the lives of the detectives and the people they encounter from day to day, and that’s where the novel finds its richness: in the small stories of minor characters who are never asked, in the tradition of crime fiction, to carry the weight of the Big Plot. “Who knows? Don’t worry about it,” Hawthorn and Child are told by their boss (named Rivers) when the trail runs cold. “My money is on random.”

In a Sherlock Holmes story, nothing is random. In Ridgway’s novel, everything is. Or at least it looks that way. A figure emerges from the carpet, though it’s not what you think. As with The Wire, the book is about people who can’t connect in a world that seems violent, plotless, and random, but the art of the novel is in how they try. We meet a pickpocket who runs afoul of Hawthorn and Child when they bust him for stealing a wallet. It turns out he moonlights as a driver for a local crime kingpin, who may or may not be connected to the shooting. They want him to act as an informant, to report on his boss’s comings and goings, but it’s all make-work: no one really knows if the crime kingpin is a crime kingpin or just another dull, if secretive, run-of-the-mill businessman.

In any case, background shifts to foreground and the story takes us into the pickpocket’s home life, to his relationship with Mary, his girlfriend. They keep a notebook in their kitchen where they write intimate messages to each other as a substitute for actual conversation. Their sex life evolves from the conventional to the complex, involving more and more ropes and belts and creative bondage. “It was like the book freed stuff up, allowed it to happen,” the pickpocket reflects, and what at first comes off as pulp fiction (petty crook has weird sex) develops into something more genuine:

“They sometimes had to stop, a little spooked, sweating and laughing suddenly, something breaking the spell. She was better at ropes. She said it was because she wasn’t as self-conscious about the whole thing, that he had a sort of leftover embarrassment. And because he was used to trying to touch people so that they didn’t notice.”

The life of a pickpocket: he has trained himself to neither feel nor be felt, since it’s counterproductive to his trade. And now, with Mary, he is learning to touch again. The book is full of these full-stop moments where, instead of some hackneyed advance of the crime plot, we get a flash of tenderness: people trying to connect. And it’s these quiet moments, not some tightly-drawn shoot-‘em-up capital-M Mystery, that drive the novel. Likewise, we meet a teenage girl (the daughter of Rivers, the chief detective), a high school student who loves modern art for its empty spaces (“where it was really hard to work out what the artist wanted,” a suitable challenge for the reader of Hawthorn & Child who came looking for a murder mystery) and who, in her own way, understands her father better than anyone:

In a violent, random, and plotless world, it is Rivers’ professional impulse to fix it: study the clues, crack the case. But his daughter knows (or at least dabbles at knowing) that real life can’t be cracked: that only happens in novels (or episodes of Scooby-Doo). We engage with the world when we’re the least obsessed with solving the crime. What Poe tried to say with “The Murders In The Rue Morgue” is that it’s folly to trust in solutions, and Ridgway gets this: we’re narrative junkies looking for a culprit who’s not there. Surprise! The monkey did it. The car shot the banker.

Move on. All that really matters in Hawthorn & Child is the deeper story, the real figure in the carpet: how we try, fail, and then try again and again to connect with each other, despite all the sorrow and loneliness. We live in a mystery, not a Mystery. 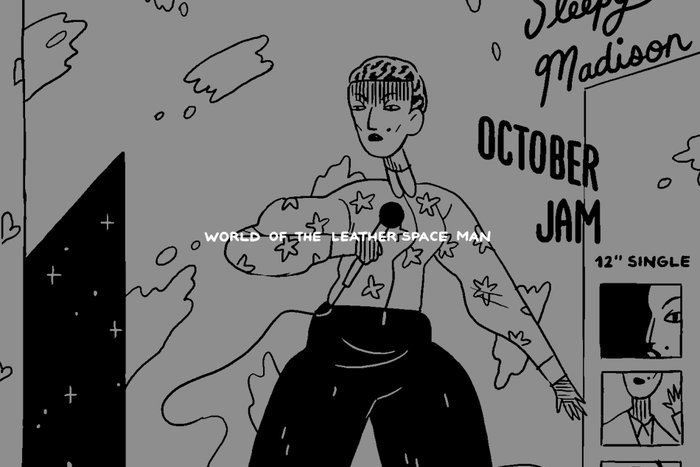 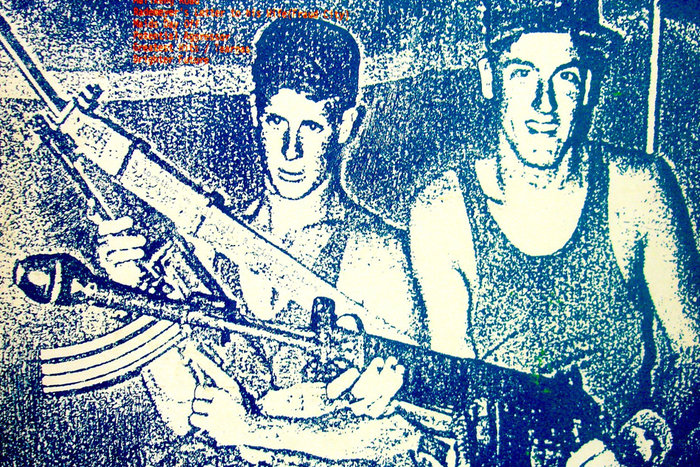 The News In Art
Avant-(Ap)art(heid): South African Protest Punk in a Dangerous Time
While Nelson Mandela sat in prison, cultural authorities in South Africa clamped down on “subversive” music, banning…