Considering some of the candidates that will be on Toronto’s ballots next week, it’s only fitting that election season is wrapping up on the cusp of Halloween. 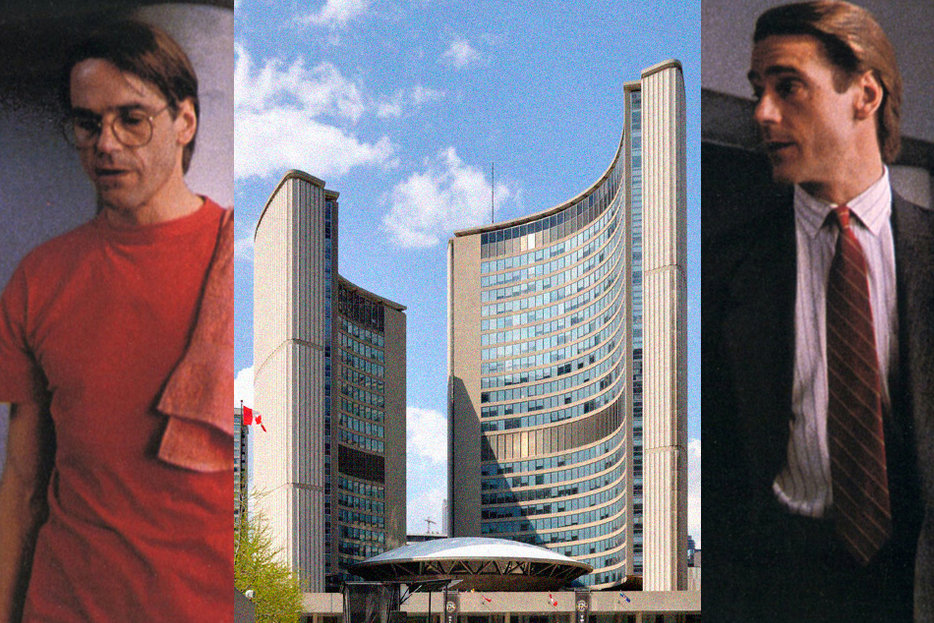 If you live in Toronto, Facebook may be unreadable right now (more unreadable than usual, that is) due to the sheer number of people arguing about that imminent municipal election. The notion of “strategic voting” keeps coming up, whether as obligation or nemesis, even though Doug Ford can’t win and Olivia Chow probably won’t. I understand the appeal of amateur psephology—it’s a fun word to say—but there is nothing strategic about a lone first-past-the-post vote. Why not use the only thimbleful of influence a parliamentary democracy permits you on somebody you actually like? And any sense of dutiful noblesse oblige flows naturally towards John Tory—it’s the subject of his mayoral campaign, his persona, his entire caste of genteel Upper Canadian WASPs. The idea that structural inequities can be smoothed away by corporate philanthropy and a few grudging lower-income spaces inside the towers of the developers who will assuredly have unrestrained license.

Those strategic voting discussions made me strangely curious to seek out the worst candidates imaginable in this election, who quite often happen to be the incumbents. They all got mixed up with the other big seasonal theme, and a set of parallels emerged (for me, at least). People follow the exploits of awful local politicians and watch horror movies for similar reasons, I think: visceral catharsis; a perverse identification with the abject; boredom. During certain nihilistic moments (or accelerationist-Marxist ones), we might even cheer on the hideous extradimensional monster (or tyrannical youth-soccer coach demanding to electrify bike lanes). Please don’t ironically vote for the convicted Nazi murderer also running in one ward, though.

Councillor Vincent Crisanti, Ward 1 (Etobicoke North)
Vincent Crisanti is known on city council solely as the Ford brothers’ own personal Renfield, choking down whatever verminous motions they put in front of him. That slavish association with the pair is what won him office last time around, and he can’t exactly marshal much else politically; Crisanti was among the handful of actual elected politicians still making an appearance at the most recent Ford Fest. It’s both pathetic and depressing, because Ward 1 has some of the highest poverty levels in Toronto, and over 80 percent of its residents are people of colour.

Rob Ford, Ward 2 (Etobicoke North)
Like some minor Napoleonic relation needing a fiefdom, the soon-to-be-former mayor has been dumped back in Etobicoke to resume his divine mandate, answering phone calls about potholes and sanitation issues. Given that his rival Andray Domise would do so much better beyond the criterion of not being Rob Ford—someone exposing racism in Toronto rather than adopting it for self-annihilating performance art—the collective presumption appalls. And yet the whole scheme is pitiable too, this non-campaign conducted through a fog of chemotherapy, impossible to separate from the notion that the candidate was wheedled into it by his dominating, bullying older brother.

Councillor Giorgio Mammoliti, Ward 7 (York West)
I find it darkly funny, like the ending of The Wicker Man, that Mammoliti used to be a member of the NDP. Despite multiple ethics violations, not to mention monthly comments like the one calling Parkdale a “pedophile district,” he somehow remains the councillor for York West. A current police investigation may change that, rather poetically, since Toronto’s cops have no supporter more goonish and belligerent than Mammoliti. Characteristic quote: “For one reason or another, [basketball hoops] seem to attract the wrong crowd outside.”

Cinematic analogue: Barry Convex blooming with hideous tumors at the end of Videodrome, destroyed by his own weaponry. (“We’re entering savage new times, and we’re going to have to be pure… and direct… and strong… if we’re gonna survive them. Now, you and this, uh, cesspool you call a television station… and, uh, your people who wallow around in it… and, uh, your viewers… who watch you do it—you’re rotting us away from the inside. We intend to stop that rot,” does sound like something Mammoliti would say.)

John Nunziata, Ward 12 (York South-Weston)
The kind of perennial candidate who improbably managed to get elected a bunch of times, Nunziata ran on a largely socially conservative platform in the Liberal Party leadership race that crowned Jean Chrétien, vying to criminalize abortion. He got 1.37 percent of the vote. Having been expelled from the party entirely over his opposition to the GST, Nunziata flirted with the Canadian Alliance before entering the 2003 mayoral election, vying to forcibly remove the homeless. He got 5.2 percent of the vote. His website mentions past management of the Canada-Taiwan Parliamentary Friendship Group, but not admitting several years ago to assaulting his ex-wife’s boyfriend.

Cinematic analogue: That Friday the 13th movie where Jason returns as a cyborg and runs around slaughtering people on a Canadian space station.

Councillor Cesar Palacio, Ward 17 (Davenport)
Nominally a Liberal, which shows you how meaningful that tag tends to be municipally, Palacio backed Rob Ford more strongly than any other downtown councillor. He has a strange obsession with the magazine and DVD collections at the Toronto Public Library, such as the $278 spent annually on a Playboy microfiche for research purposes. When a flyer purportedly distributed by Alejandra Bravo, his main opponent, alleged that he voted to cut millions of dollars of library funding, Palacio served Bravo with a libel notice.

Cinematic analogue: The sinister Stephen King manqué from John Carpenter’s In the Mouth of Madness who tears his own face open like a page, thereby loosing unfathomable Lovecraftian horrors on the world and breaking Sam Neill’s last fragile veneer of WASP sobriety.

Councillor Ana Bailão, Ward 18 (Davenport)
Bailão isn’t really a member of the conservative bloc on council; she represents a more insidious phenomenon, those amorphous “centrists” who float towards whichever faction seems to have the most institutional weight behind it at any given moment. Some of them exploit incumbency well enough that they’ve been doing it since the early 1990s. Complicating this in Bailão’s case is the incident in which some worried she catered a little too much to power brokers, pleading guilty to drunk driving after an evening with gaming lobbyists.

Bob Smith, Ward 31 (Beaches—East York)
Member of a white supremacist fringe party founded by Don Andrews, who a) came a vastly distant second to David Crombie in the 1974 mayoral election, and b) once conspired to invade the tiny Caribbean nation of Dominica.

Cinematic analogue: I mean, what else could it be.

Councillor Denzil Minnan-Wong, Ward 34 (Don Valley East)
Led the murky, fitfully orchestrated semi-privatization of the city’s garbage collection, which might actually be the sole remaining Ford administration victory at this point. Attempted for a while to portray himself as the tribune of cyclists while removing multiple bike lanes.

Cinematic analogue: The malevolent Silver Shamrock Novelties company in Halloween III: Season of the Witch, possibly the only horror film that functions as anti-Irish propaganda.

Public School Trustee Sam Sotiropoulos, TDSB Ward 20 (Scarborough-Agincourt)
School trustee elections tend to struggle for the interest of a quarter of eligible voters, especially since the Mike Harris government removed taxation power from that office and made it a part-time position. One hopes that won’t be the case in this ward, where Sotiropoulos snuck through via a by-election two years ago, apparently believing his new quasi-ceremonial role was the one of “cartoonish reactionary.” Along with questioning the existence of transgender people, he spent a TDSB board meeting trying to officially demand the police arrest any scattered nudists at the Pride parade. “One of the most divisive influences in Canada today is #homosexism it’s disseminators are maliciously rabid,” Sotiropoulos tweeted, as people laughed at him [sic, sic, sic]. “Definition of #homosexism for any who say it doesn’t exist: Discrimination against straight men and women by LGBT.”

Cinematic analogue: Lord Summerisle from The Wicker Man, only inverting his revivalism—orthodox rather than pagan, puritanical rather than libidinal, barely capable of coherent sentences rather than Christopher Lee. In a deep, cultured bass voice: “I like the colour pink, I wear it often. But only when I feel like it, not when others wish to include me in their agenda.” 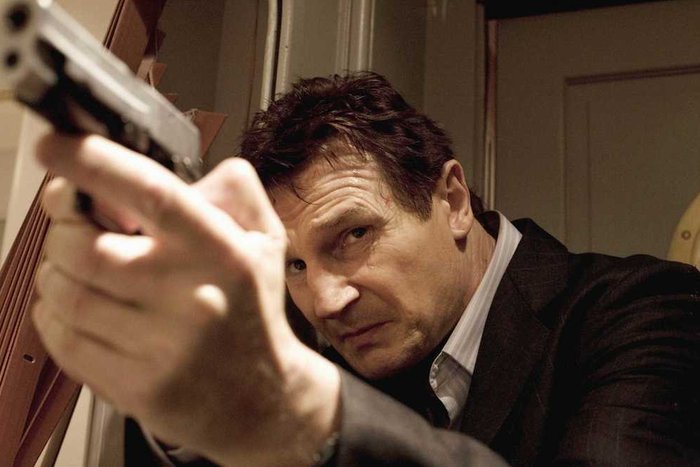 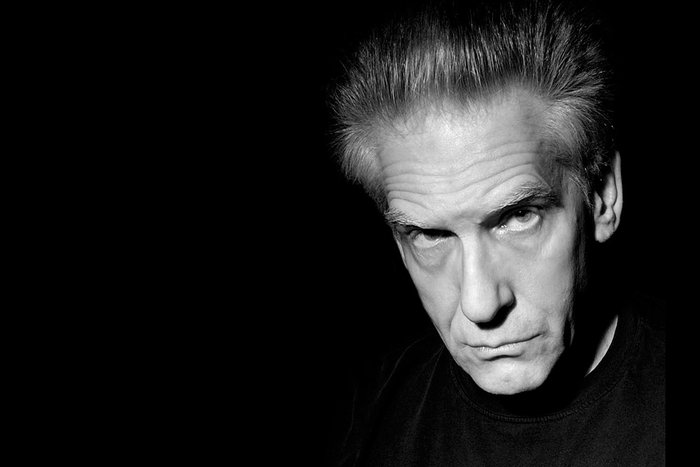 Interview
‘The Book is Like a Compost Heap’: An Interview with David Cronenberg
The filmmaker discusses the process of writing his debut novel, great illiterate screenwriters, and finding beauty in…

'There's Some Kind of Evil Behind Every Great Work of Art': An Interview with Alex Ross
Chris Randle
Aaliyah, or View the Infernal Storm
Mohamed Abdulkarim Ali