The Exception Becomes the Rule: The Blow Returns

Earlier this month, writing about the omnivorously virtuosic sisters of Haim, Slate music critic Carl Wilson (who is also a Hazlitt contributor, and a friend) invoked the grim purism of a decade ago, “when few artists labeled ‘indie’ would flirt with contemporary R&B.” One exception, he noted in an aside, was the Blow.

A bandonym for Portland-turned-Brooklyn artist Khaela Maricich and various shifting collaborators, the Blow makes minimalist pop about frustrated or at least convoluted longing. On 2002’s “Hey Boy,” Maricich meanders through a list of possible reasons why some guy didn’t call her: “A) you’re gay, B) you’ve got a girlfriend, C) you kinda thought I came on too strong, or, D) I just wasn’t your thing, no ring.” After six years of inactivity while formerly walled-off genres mounted their trellises, the Blow’s self-titled new album sounds dependable rather than novel. What persists is the charming idiosyncrasy of Maricich’s pithy, conversational vocal style, self-doubting but good at riding a beat.

The Blow’s affinities with R&B tend to be formalist ones. Even when you can dance to whatever’s vaguely gestured at via “indie” now, cryptic, recondite lyrics remain idealized. (As Wilson says, it’s unsurprising that women have done most of this blurring, whether black or white, because music devoted to sensual pleasures was already derided as girls’ turf.) Maricich ignores that without withdrawing into the chaste reticence of so much twee-pop. She doesn’t write sex jams, exactly, though her come-ons are disarming enough to make you wonder about the characters spurning them: “a kiss was just a thing to do with my tongue until you kissed me.” Scenarios that would become lascivious fantasies in Prince’s wandering hands get tossed off as stray observations: “In walks a nurse from a hot French movie / Tells me she can do things to me (I like getting things done to me).” But the casual phrasings in Maricich’s singing belie its way with a rhythm. Like a clever Top 40 songwriter, she swerves couplets around the expected, my favourite example being this non-rhyme from her previous album’s “Parentheses”: “If something in the deli aisle / Makes you cry…”

Last August I saw the Blow headline the final installment of Toronto’s ALL CAPS! festival. Arriving onstage as night washed over the island, Maricich reeled off “six things my butt never does,” interrupted her own lyrics, essayed a song she heard some girl singing in the bathroom, perpetuated the long-running joke about her marriage to Canada, and introduced her musical/romantic partner before saying “turn back around, she doesn’t like too much attention.” During “True Affection,” she crowdsurfed in a manner that might be called exploratory. The new songs, with beats now provided by Melissa Dyne, never diverged too far from their predecessors—a little more percussive force here and there, or a track borrowing ‘80s Pet Shop Boys synths.

Wilson was right; sauntering outside genre boundaries at pop’s vanguard, the Blow thereby ended up in a comfortable groove, as dozens of others followed. But Maricich’s stage presence is still peculiar and irreducible, stadium-sized charisma given unfamiliar intimacy. It’s like watching Taylor Swift perform on your couch. 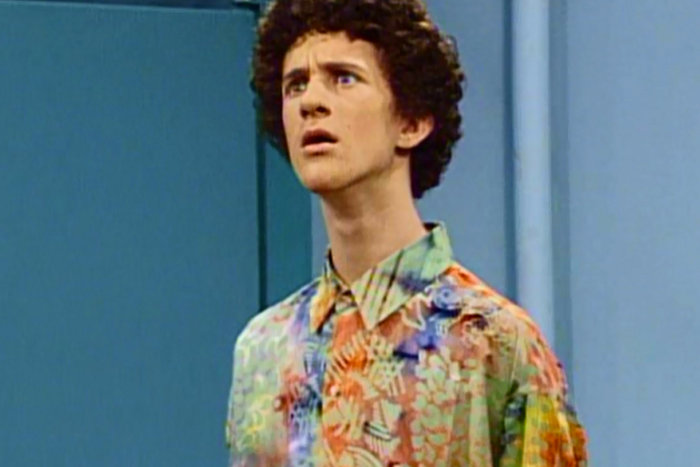 Well That Sucked
What Went Wrong This Week For … Ephebiphobiacs 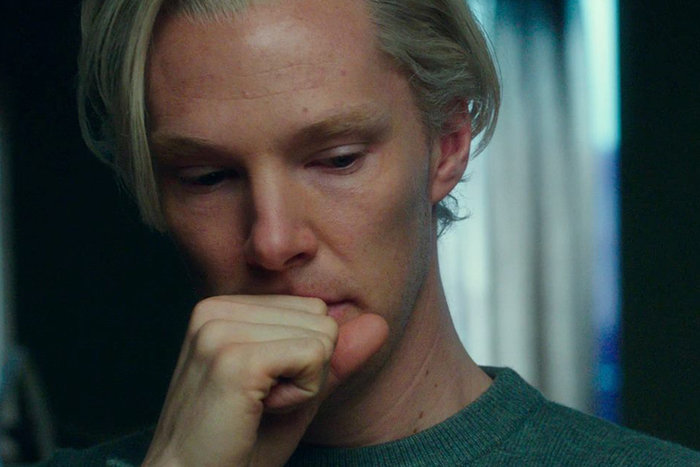 Film
In Defense of The Fifth Estate’s Dumbest Scene