Can Police Horses Handle the Stress? 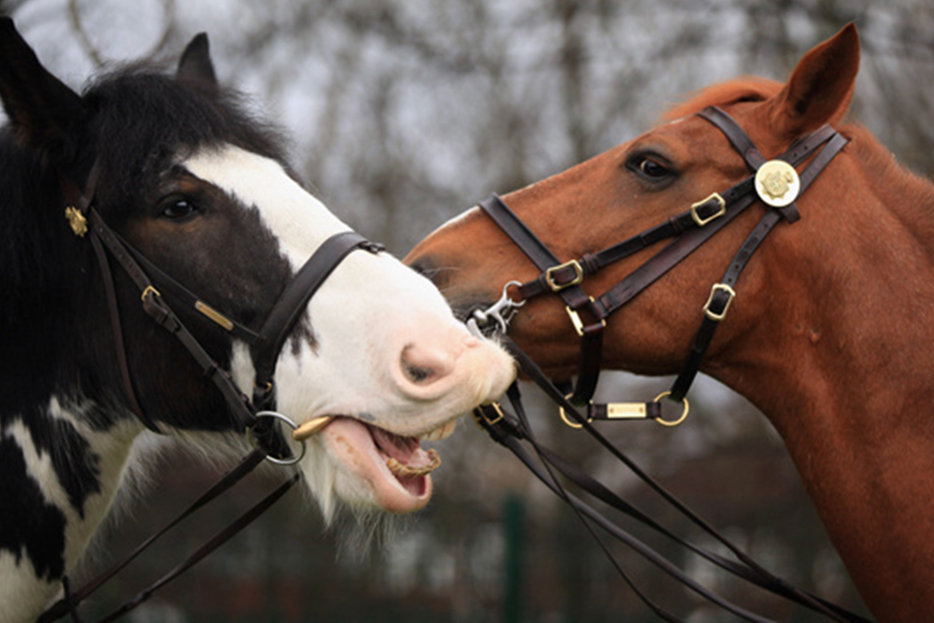 In the summer, crowd control is often handled by mounted police, probably because people feel bad misbehaving in front of a horse. Horses have the advantage of looking noble but also unpredictable, like they might softly whicker the secret of life’s meaning in your ear, or they might kick the crap out of you for standing too close to them.

A new study in the journal Animal, conducted by a team of Dutch researchers led by C. C. B. M. Munsters of Utrecht University, asks how the stress of being a living squad-car bears on a horse. Are police horses cracking under the pressure?

For their experiment, the team chose twelve Warmblood horses from the Dutch Police Department. Two were mares and ten were geldings; all were between the ages of four and nine years old. Of these, half were experienced police horses with up to 10 years of experience, and the other half were tenderfeet, with about a month of experience. All had previously been sport horses and trained by private owners before being offered to the police.

The research team strapped heart monitors on the horses with two electrodes behind the left elbow and two under the saddle at the left withers (the withers, for those of you not born in a barn, are between the horse’s shoulder blades—it’s the traditional place to measure a horse’s height, traditionally counted in hands). Then they put the horses through four tests: the indoor arena, the outdoor track, the street track, and the smoke machine.

During the indoor arena test, the horses (ridden by officers) had to pass several of what the researchers refer to as “challenging objects”: in this case, a red ball, two coloured parasols, a mattress they had to walk over, and a narrow corridor lined with waving flags. The outdoor track had even more weird and potentially spooky stuff the horses needed to negotiate: a feeding silo, a stack of wooden pallets, two Styrofoam cows, hay bales, a narrow passage between a fence and a wall, a dry ditch they had to walk through, a weird fence, a small blue building, more flags, and a gully they had to walk across. (I don’t know about you, but I started tweaking out at “Styrofoam cows.”)

Then the street track, which is just taking the horse out for a stroll down the street near the police department. Potential triggers include: a narrow corridor hemmed in by white construction blocks, a grocery store, a supermarket parking lot, a narrow corridor between a ditch and a tree, a yard, a brightly painted fence, a sidewalk, and a bench. The smoke machine test consisted of having the horse walk down a track while researchers blasted smoke at them.

The riders allowed the horses to approach and investigate these obstacles of their own will, and didn’t force the them to pass the objects if they really didn’t want to. The researchers assessed the horses’ comfort levels during these obstacle courses both by monitoring their heart rates and by noting the horses’ overt reactions. A horse that’s freaking out may show it by laying her ears back, stretching her neck, or shortening her stride.

Perhaps unsurprisingly, the test the horses had the strongest reaction to was the smoke machine test. Horses don’t like it when you blast smoke at them. Interestingly, however, it wasn’t so much in overt behaviour that horses’ stress levels were evident as in their heart rates. “[T]he psychological status is not always apparent in the visible behavior of the ridden horse,” the researchers point out. Like hardbitten detective types, horses may be acting all cool and world-weary when they’re actually pretty upset.

But all in all, the horses coped better with the scary Styrofoam cows and flashy parasols than the researchers had expected. And there was no real difference between the horses who had recently joined the force and the old-timers. It seems that police work, as long as you get the right horse for it in the first place, isn’t an unduly stressful job.

The take-home that Munsters et al. offer from this experiment is that heart-rate, rather than behaviour, is what should be monitored in a horse when he’s being auditioned for police work. It’s important to distinguish, they say, between a calm horse and a horse who merely seems calm. As humans, we’re good at picking up on each other’s subtle emotional cues, but we may trust too much to our powers of observation; we might assume that if we can’t read a horse’s emotions—or a dog’s, or a cow’s, or a battery farm chicken’s—they aren’t there. 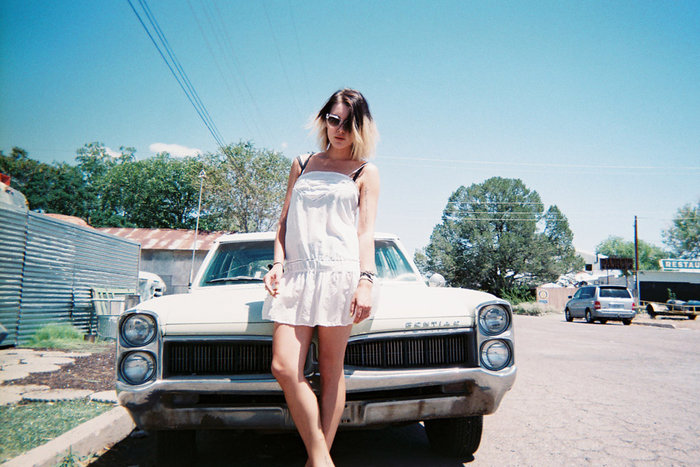 Essay
How to Make Love in America
Scenes from a 10-day road trip across the United States. 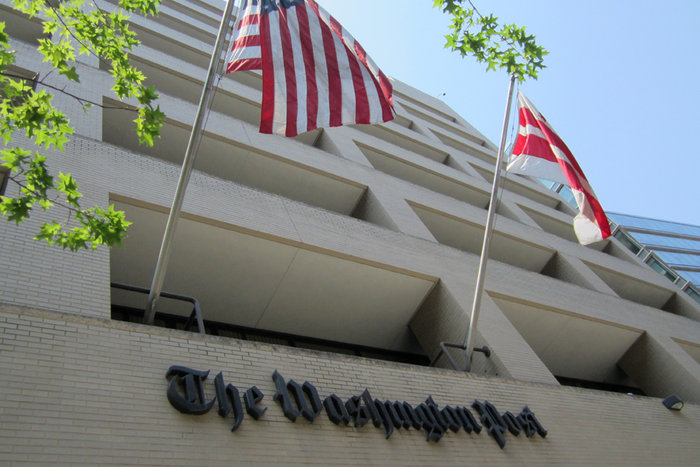 Politics
The Washington Post Takes a Bold Stand Against Journalism