Butts, contrary to what the tastemakers at The New York Times might have you believe, have always been pretty popular. What’s unique about this particular vogue is that, for once, it’s women-driven. 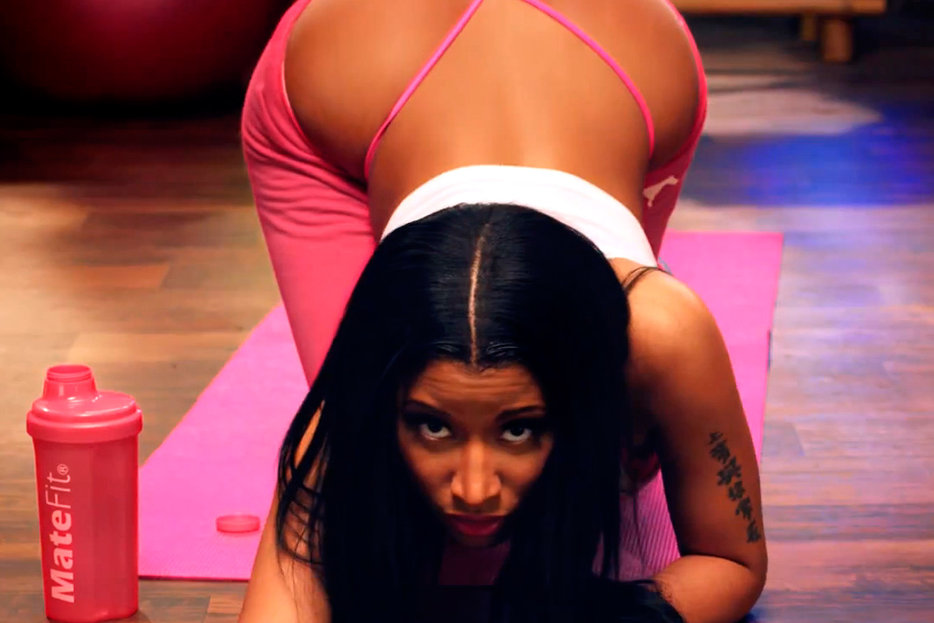 Still from "Anaconda" by Nicki Minaj

Jennifer Lopez’s ass was once considered so remarkable it sparked rumours that she’d had it insured. The wilder tales had it as a billion-dollar ass, while more modest accounts placed its value at a mere $27 million. Leaving aside the sort of no-fault incident that could possibly lead to cashing in that policy—every scenario sounds like a ’90s novelty single: Bootyquake, Ass on Fire, Butt Robbed—it feels like an indication of what constitutes a noteworthy booty these days that, even when Lopez straight-up names a song after that Lloyd’s of London-backed back, she is woefully overshadowed.

It’s possible that her new, remixed version of “Booty”—featuring not just an Iggy Azalea verse, but a video of the two of them shaking it butt-to-butt like they’re doing the mating dance of the Mirandajuly bird—will once again get dudes to definitively weigh in on the depth and breadth of things they would do to “that” particular “ass” (take it out to a nice dinner, maybe clean the house before it gets home after a hard day, finger it). The generalized lack of attention to J.Lo’s ass, though, is only notable because asses, particularly sizeable ones, seem to be having a bit of a moment right now: the two songs on top of the charts (Megan Trainor’s “All About the Bass” and Nicki Minaj’s “Anaconda”) are both fairly explicitly about having ass and the benefits thereof, and though that’s one shy of the usual trend-piece threshold, combine it with an Instagram butt celebrity and NYT Style has everything it needs to make people mad on Twitter for a day.

If it feels like a bold, uncharted new time for female body standards—I mean, not so bold that they become publicly irrelevant or anything, but pretty different, kind of—it’s likely because, as with so many other things, the last 100 or so years of modern Western culture have constituted a sort of anomaly for humanity. Our first representations of women, Stone Age sculptures, are almost exclusively wide-assed—like, to the point that there is a specific word to describe them all, steatopygian, which refers to a condition where a good amount of body fat and muscle clings to the butt and thighs (and also that the labia minora becomes notably prominent, though we’re probably still a couple years away from a chart-topping pop hit about labia). Stone Age peoples were not notably gifted when it came to artistic realism, though, so it’s thought that this stature is a combination of both general body types of the time and a bit of wish fulfillment.

Standards of physical attractiveness are, of course, basically impossible to separate from your society, to the extent that even if you make a point of specifically rejecting them, you essentially enter an Eden where any other body type is more or less equally attractive. Beauty is less in the eye of the beholder than in the eyes of the people looking at that beholder: research suggests that, absent societal pressures, we have vague preferences at best. So, like, have fun with that one, libertarians.

Despite our Stone Age ancestors being a bit of an extreme, what society has called attractive has stayed relatively consistent ever since, and what society has called attractive has a lot to do with body proportion ratios. Beyond the face and its general symmetry, this is mostly shoulders-to-waist-to-hips(/butt), proportions roughly correspondent with the golden ratio (the real-world example here is Marilyn Monroe, often held up as an example of a bygone curvier era, but whose measurements tended to match the ratios so perfectly it is goddamn eerie). The painter Peter Paul Rubens had an adjective named after his love of bigger women, but almost all of the physiques he painted were classically proportioned, with just a few extra folds and wrinkles to denote fat—there’s nothing at all like a Nicki Minaj ass in his oeuvre. But even modern societies adhere closely: Asian groups are said to prefer a waist-to-hips ratio of .6, Indo-European of .7, and African of .8 (and whatever particularly female body part men claim allegiance to, hip-to-waist ratio has consistently been shown to have the strongest correlation to attractiveness).

(Also, the standard for women checking out men, in case you were curious, is pretty much universally .6, although shoulder-to-waist tends to be slightly more important.)

But the notable thing about body proportions, besides their consistency, is that human beings often don’t have any realistic control over them. If you have the kind of access to a gym that a celebrity constantly judged by their body does, you can puff out certain parts, but that’s about the extent of it. And even that is mostly just playing at the edges: Jen Selter, the aforementioned Instagram butt star, suggests that a butt is an indication of work in a way that few other body parts are, and though late capitalism could certainly use another manner in which to moralistically judge people for things largely out of their control, relatively few of us are literally paid to be at a gym all day.

All of which makes this embrace of a lot of ass a distinction without a difference, body image-wise. Sir Mix-A-Lot, still the patron saint of songs about asses, regards “Baby Got Back” as a sort of Jackie Robinson moment for women with big butts, but even when he talks about them, he has a very specific type of woman in mind: “Unless you were in the hood, women who had curves—and I’m not talking about women who are shaped like me, with a gut, but women who ran five miles a day, with a washboard, six-pack stomach and a nice round, beautiful, supple ass—wore sweaters around their waist!” He’s talking about his culturally appropriate golden ratio, in other words—a slightly shifted, but not even really more inclusive, standard.

Granted, he’s a man, and part of this recent vogue seems to be that it’s women-driven, dictated by their own desires for their own bodies. Minaj is basically using it as a power tool, the thing with which she is able to manipulate men. It’s all on very familiar terms, though: she barely comments on men’s looks except to note one’s dick size, their primary contribution being the amount of stuff they can buy her after all that sex is done. Even the video, with its closing dance in front of Drake, is kind of fuzzy about who actually has the power: her ass certainly has him enraptured, but he’s also the one sitting there not having to do a damn thing. Trainor’s take on it is decidedly less aggressive, but it’s still entirely focused on her and what she has to offer, which is apparently slightly more than average: it’s great that she thinks it’s great, but there’s no real hint of a standard beyond her prospective conquest also liking it. Judging others isn’t the healthiest pastime or anything, but if you’re going to celebrate how healthily you’re judging yourself, you might at least extend the favour.

That’s never how this works, though. Our cavemen ancestors at least had the excuse of being shitty at realism: The New York Times quoted Tina Fey, of all people, in its butt piece, nothing that even she pointed out how Jennifer Lopez had changed the game: “Girls wanted butts now.” They conveniently left out the latter part of that quote: “All Beyoncé and J.Lo have done is add to the laundry list of attributes women must have to qualify as beautiful.” 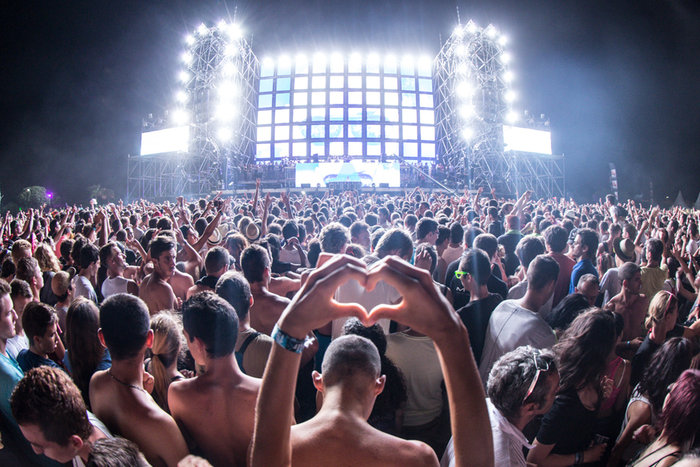 Culture
‘I Like All Music (Really)’
How millennials listen to music, and why genre still matters. 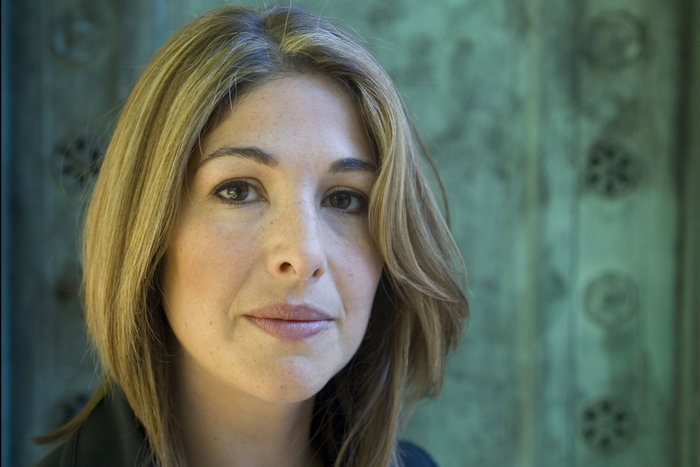 Interview
‘If You Go After Power, There Are Costs’: An Interview With Naomi Klein
The author of This Changes Everything on how the environmental movement went awry, and why it needs to rediscover its…

'There's Some Kind of Evil Behind Every Great Work of Art': An Interview with Alex Ross
Chris Randle
The Year in Gossip
Rachel Connolly