How millennials listen to music, and why genre still matters.

Gillian Turnbull is a contributor for No Depression and BC Musician, and... 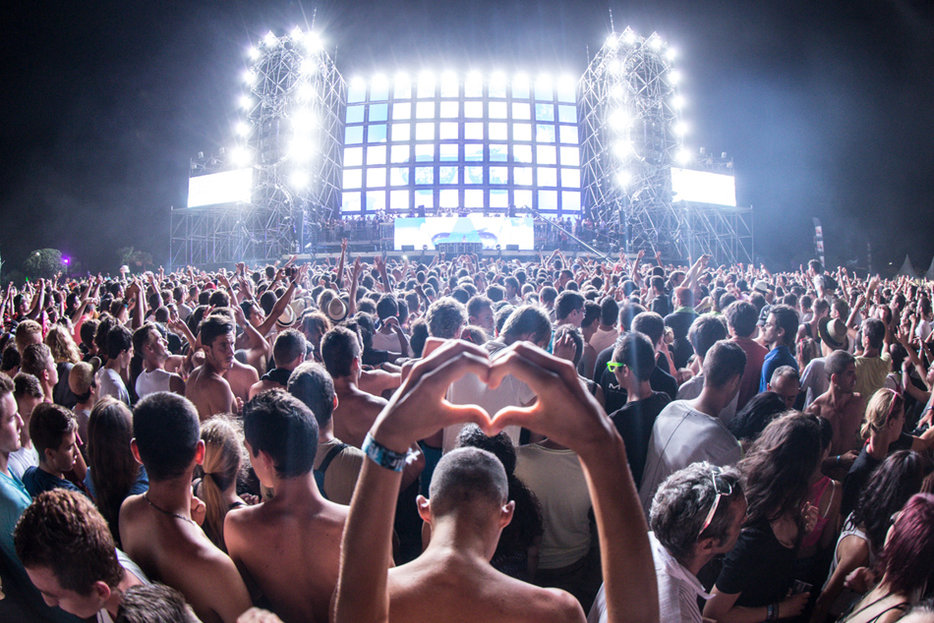 One day a few years ago, a student stopped me in the hall after a pop music history lecture I’d given. “I just want to thank you,” she said. “Before I took your class, I thought Led Zeppelin was a person. You’ve taught me a lot.”

I walked away from that conversation laughing, and figured that a statement like hers was the exception, not the rule. Instead, statements like this not only continued, but some of them also betrayed a deeper level of misunderstanding. Two weeks ago, I was grading exams for the same course, and one of the questions asked students to name an example of funk played in class. One answer declared: “My Dad Has a New Little Purse.”

You remember the song, yes? The one recorded by James Brown. Otherwise known as “Papa’s Got a Brand New Bag.”

Mixing up Beethoven and Mozart, or confusing Rush’s “Fly By Night” with Chilliwack’s “Fly At Night” are understandable student mistakes. Instead, these students’ comments demonstrated to me that despite our deep focus on a narrowly defined set of people and songs that make up rock music history, the young generation may, through their listening practices, be dismantling genres, their torchbearers, and the social implications of liking them.

Ignorance of the context surrounding music of previous generations means that young listeners don’t understand the emergence of genres in the first place. What made blues rock different from psychedelic rock? Why did progressive country form in Austin, away from the countrypolitan scene of Nashville?

I’ve been teaching a university pop music history course for seven years. Naturally, it’s a coveted course: students take it because they assume they’ll hear music they love, watch videos, and avoid a drearier-sounding alternative from their electives list. Their hopes are dashed when I start the course by playing old Tin Pan Alley and ragtime songs; they often come to office hours to complain that I don’t play enough Drake, or can I please add The Spice Girls next year? Because the experience of listening to music is by nature an individualized, emotional one, I realize that I can’t please all my students—especially in the twelve weeks we have to get through 100-plus years of recorded music. However, I listen closely to their complaints, because they tell me how the next generation is thinking about music.

At the moment, it seems there are two phenomena colluding in the erasure of genre. For one, ignorance of the context surrounding music of previous generations means that young listeners don’t understand the emergence of genres in the first place. What made blues rock different from psychedelic rock? Why did progressive country form in Austin, away from the countrypolitan scene of Nashville? When the original context of those genres is missing, a full understanding of their musical subtleties—and by extension, their social identities—vanishes too. While the young generation no longer scoffs at its parents’ music (after all, these are the parents who were listening to Black Sabbath and Blondie in their teen years), it’s more that it doesn’t particularly care about the past. Teens in the 1980s were endlessly reminded of the social importance of the ’50s and ’60s, whereas it’s less common to see the 1980s touted as important in shaping modern life and attitudes. Combine that with a growing immigrant population across North America (many of my students are first- or second-generation Canadians whose parents didn’t listen to The Clash in their youth) and music of the past—no matter how popular—is firmly locked in that past and ignored by many of the young listeners I’ve encountered.

A second and paradoxical phenomenon contributing to the disappearance of genre stems from how as a culture we document every part of the creative process, the final product, and then memorialize that product long after its release. Shows like Classic Albums and book series like Bloomsbury’s 33 1/3 let us narrate and relive great moments in pop music, but they are nonetheless divorced from the essential socio-historical factors that influenced people’s preferences at the time. Young listeners’ understanding of these artists is devoid of the genre-derived—and era-specific—cultural baggage, so it’s okay to like The Sex Pistols and Yes and Donna Summer, because they are no longer markers of incompatible tastes or lifestyles.

Yet despite not being attuned to the social vagaries of earlier eras and associated genre formation, some young listeners are surprisingly literate about the music itself. After I started talking about Bob Dylan in a recent class, I quickly lost control as the students began comparing their favourite Dylan eras, how his singing had changed over time, what his greatest achievements in songwriting were. A few classes later, I introduced Rush (playing a couple of tunes, including a live version of “Working Man”), and one of the students raised his hand to ask, “Why do you think Geddy and Neil are held up as the great masters of their instruments, but Alex is often left out of the ‘top guitarists of all time’ lists?” Cue another debate—one usually held on grounds of artistic merit, ignoring (or being unaware of) the social implications of comparing, say, metal and punk.

It’s possible that today’s youth carve their identities out of other matter, say technological device preferences. Meanwhile, those devices access cultural libraries that are mind-boggling in scope. If you’re not in the mood for a 1980s American Midwest romantic comedy as you browse Netflix, perhaps you could turn on a Scandinavian vampire teen slasher flick. Who can keep track of all these genres and subgenres? Why not just consume without regard for that ever-maligned culture industry tendency to pigeonhole? Maybe music gets the same treatment: I noticed recently that my sidebar recommendations on YouTube included Guns N’ Roses and The Eagles while a Prince song was playing. Of course, dismantling the balance of your previous views, related songs, and popular videos in YouTube’s algorithms is tough; the resulting recommendations often seem like an all-you-can-eat buffet.

A special trip to the record store to buy the latest release of one’s favourite artist is now a foreign concept because music is everywhere, all the time. But when you can have what you want whenever you want, you may not be so inclined to make the experience special: my students often complain that I make them attend two live concerts during the semester and write reports on them, claiming they’re “too busy” or “can’t find anything to watch”—several indicate at the beginning of the course that they’ve never attended a live performance at all. As musical consumption increasingly becomes inward and non-social, we end up with two streams of listeners: those who treat music as an always available, superficial, but pleasant distraction, much like cat videos; and those who voraciously consume any music they can find, but without much regard for its context-sensitive associations.

Being unable to zero in on one style of music and dig into it deeply means that music is being treated too superficially. Maybe we’re obsessed with categorization, but I think categorization matters. Genre exists for a reason: we privilege difference; it is the means for personal and collective expression.

I’m of the mind that art should in part be democratic and accessible, and hardly lament the days when I had to save up four weeks’ allowance to buy the latest Cyndi Lauper album, or to have to tape records of Stan Rogers that I could only access through my university library. I remember desperately searching for an out-of-print album in 2001, finally tracking down a copy at a library in Halifax, which sent it to me via inter-library loan so I could listen carefully for three days before sending it back (I did not possess a CD burner at the time). Later, in 2009, I went to Recordland in Calgary and dug through the back wall of compilation albums—an undertaking that required I set aside a portion of my day—and finally discovered a used copy of that same album. I looked up some of the songs from that disc on YouTube the other day, and there they all were, just a click away.

What more could we ask for? However, accessibility engenders disenchantment. If everybody’s got it, if it can be heard anywhere, music loses its allure. My graduate supervisor often tells the story of how he was the first seven-year-old on the playground to obtain a Beatles album, forever cementing his popularity when such coveted objects were rarities.

Blame technology for the generational divide in music consumption. For older listeners, we reached a pinnacle in genre fragmentation in the form of satellite radio: if you like rock n’ roll—but not Bill Haley, Chuck Berry, or Little Richard—you can tune in to a station that only features Elvis. Perhaps you’re especially into 1970s proto-metal? There’s a station for that. In many ways, satellite radio is the ultimate expression of the increasingly narrow, and genre-defined, markets that new radio stations had to create through the 1980s and 1990s. By contrast, younger listeners mostly go to YouTube, at least to test out any music they might actually buy. They can go on an unexpected journey through related acts and styles, opening their minds to genre diversity far more than any radio station would allow.

Still, while exploration can’t be a bad thing, I’d argue that being unable to zero in on one style of music and dig into it deeply means that music is being treated too superficially. Maybe we’re obsessed with categorization, but I think categorization matters. Genre exists for a reason: we privilege difference; it is the means for personal and collective expression. My students come to class with a catalogue of Bee Gees and The Police swirling in their brains. They have encyclopaedic knowledge of Grateful Dead bootlegs. I hope they start digging more, learning what made genres sound like they did and their practitioners and listeners act like they did. I hope these kids create new genres and music subcultures, encouraging their peers to not treat music like it’s a throwaway product waiting to be replaced, but that it tells us everything about who we are and what matters.

When I started getting into cowboy music, I bought plaid shirts and boots. I got out my cowboy hat and wore it on the day I moved to Toronto. I found stories about the West, learned to play “Night Rider’s Lament,” and read cowboy lingo glossaries, finding out that if I ever had to tell my partner I was pregnant, I could send him a note that said I was “backed up to a free air hose” and let him sort out the mystery. In other words, I got into the culture, and my way in was the music. That culture meant something to me (and still does). I’d hope that if someone suddenly discovered soul, that they wouldn’t simply play “Try a Little Tenderness” on repeat, but would learn about soul’s alliance with the Civil Rights Movement, could discern between it and funk on a musical basis—and would find out what exactly a brand new bag was.

Gillian Turnbull is a contributor for No Depression and BC Musician, and is 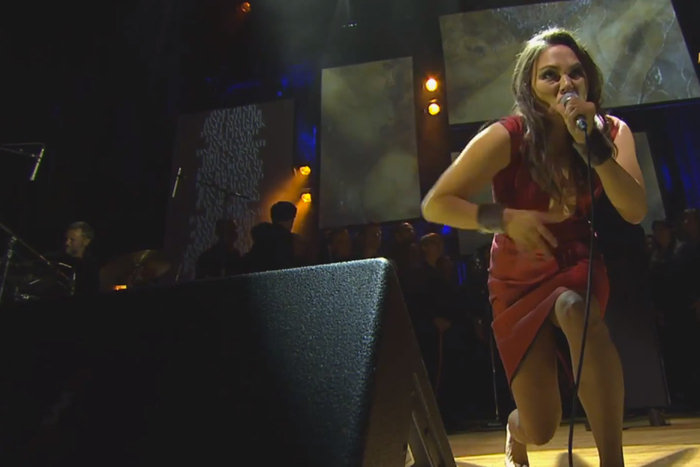 Dispatch
Polaris Prize 2014 Postmortem: Praying For Disintegration
Notes on an evening of charming Canadian earnestness punctuated by at least one moment of indisputable triumph. 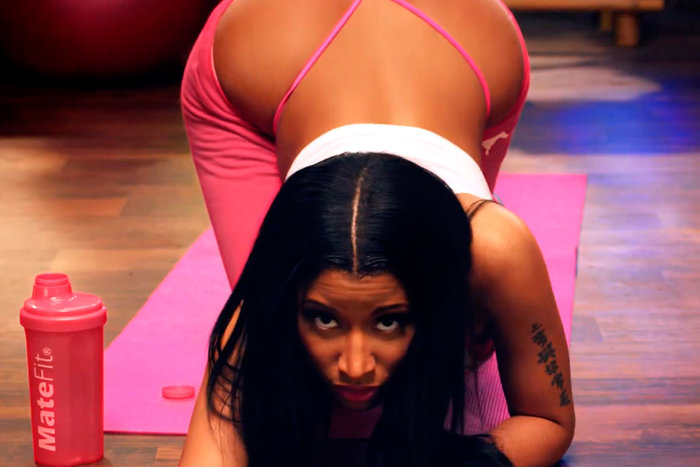 Society
Butts: A People’s History
Butts, contrary to what the tastemakers at The New York Times might have you believe, have always been pretty popular….