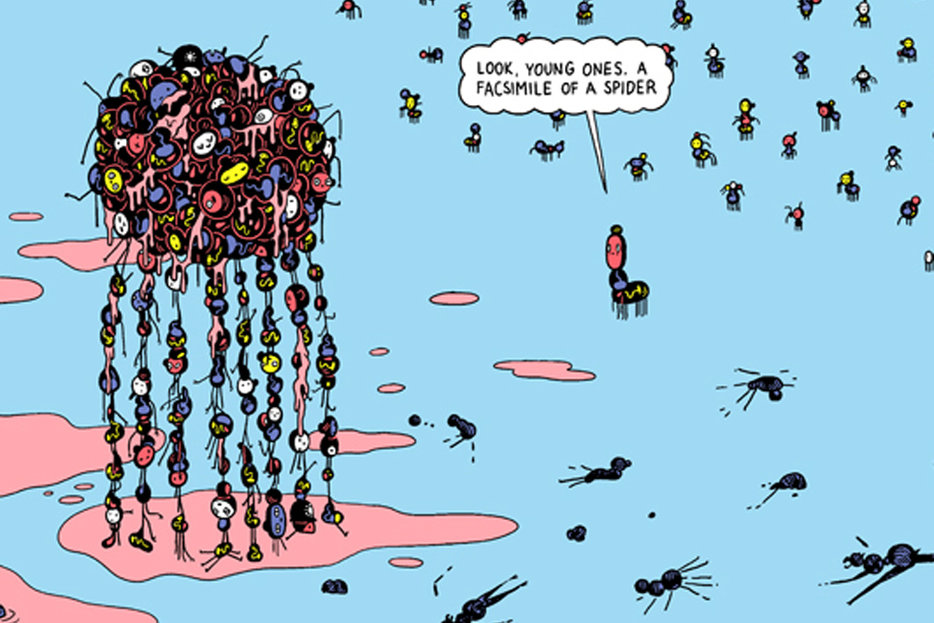 The wild seduces every classifier. Over half a century ago, the film critic Manny Farber drew a zoological distinction between two strains of work he kept seeing: There was white-elephant art, “an expensive hunk of well-regulated area,” palpably straining to emulate inherited European notions of a masterpiece; and there was termite art, which “goes always forward eating its own boundaries, and likely as not, leaves nothing in its path other than the signs of eager, industrious, unkempt activity.” John Wayne idling his way through a Western? Termite. Jean-Pierre Léaud in The 400 Blows? White elephant. Jeanne Moreau at the big party in La Notte? Kind of insectoid, albeit buzzing amidst great beasts, and affecting to the critic regardless.

The phrase “best cartoonist of his [1980s-born] generation” attends DeForge like a tracking tag on a wing, but less often said, and more interesting, is that he might equally be the most prolific one. Last month, he tweeted: “have drawn 221 pages since January 1st 2013 and trying to hit 242 before January 1st 2014.” All this happens alongside his day job as a designer for the unnervingly funny kids’ show Adventure Time, a gig one hesitates to separate from his comics work, since so much of the latter dwells on strange fashions and warped forms. For all the use of “body horror” as a password to his stories, the ones that do cross that diseased wavelength are extraordinary in this sense of integration; David Cronenberg left the production of his disintegrating jaws and mutant gynecological tools to others.

One of DeForge’s characteristic techniques is transposing some quotidian conversation to a bizarre new context—or, conversely, acquainting alien forces with ours. He gives taxonomy to the unfathomable and watches familiar tropes slide into anachronism. In a near-future dystopia populated by talking dogs, a hapless, delusional dad announces: “I’m gonna start seeing a therapist this week. I’m doing it partially as research for my screenplay!” Half of Ant Colony’s central couple frets “I feel like you’re angry with me,” sitting on their miniature couch in an otherwise featureless landscape. DeForge’s approach to character design works a similar effect, as in Spotting Deer, where Wikipedia-like anthropological examination of the titular animal spirals outwards to encompass cultural history and finally the narrator’s life-destroying obsession his subject. Even in the semi-disowned debut issue of his annual series Lose, which DeForge vowed never to reprint, it seeps through the less elegant compositions and superhero parody: a desiccated mascot-sprite explains “your eyes can only pop out of their sockets so many times before the skin around them starts to sag.”

His aesthetic is more stylized and simplified now, but the very outlandishness of DeForge’s looks sometimes dominates whatever narrative surrounds them: Leather Space Man, for example, imagines Prince as an unearthly fetish-gear-wreathed enigma, then imagines the implications of that. The weirdness in Ant Colony emerges organically, a whole skewed ecosystem. Bulbous ants wear their organs painted on them like cosmetics; centipedes evoke elongated limos; earthworms get chopped up until they resemble melted vinyl, still murmuring “ha ha.” DeForge visualizes spiders as wolfish cartoon dog heads perched atop eight black sabres, a single hidden eye staring from their mouths—Carl Barks adapting Bataille. The funny-animals tradition in comics often gets passed down as something vaguely shameful, a style beloved by French people, children, and the velvety sybarites of FurAffinity.net. Ant Colony fuses animal and human qualities like a telepod accident.

“In his zeal,” Maggie Nelson’s Bluets marvels, “in the ‘dark chamber’ of his room at Trinity College, Newton at times took to sticking iron rods or sticks in his eyes to produce then analyze his perceptions of colour.” I would happily impale my pupils on DeForge’s hues. I’m partial to the custard yellow he uses for everything from the massive ant queen’s breasts to an inverted pyramid of magnified sunlight, but others pierced my affections too. A black sheen sweating on each colony drone. Imperial reds shading a rival ant tribe, the only halfway realistic-looking creatures in the book and thereby the Other. Pale pink snaking its minty course through a whited-out fertilization sequence. After the aforementioned sunlight bears down on warring ants like some towering abstracted sword, their charred corpses lie over smooth lawny green, a bucolic necropolis.

Real anthills only seem matriarchal to human eyes. A queen exercises no command or authority over the superorganism; she exists solely to reproduce, a fascist’s dream girl. In a species marked by individuality, classes would begin to assert control—none more aggressively, DeForge suggests, than the paramilitary male variety. The creepiest figure in the book is a cowardly, violent ant cop who seeks to maintain the status quo primarily because of the sadistic license it grants him. “I don’t want to fight,” he confesses. “I don’t want to die. I want to remain alive as a police officer.” The detective explains that “officers are encouraged to strike criminals in a way that leaves their faces scarred in order to shame them,” then adds: “That was a lie. We aren’t encouraged to do that. But I’ve done it twice before.” One of the baby red ants play-acts as a cop by wrapping its head with entrails.

Made up of short serialized chunks, mostly drawn across the same nine-panel grid, Ant Colony depicts a civilization annihilating itself in bleak, queasy-funny episodes. Survivors can only stagger onwards, upholding the worst tendencies imparted to them, whether romantic or murderous. DeForge’s story is a horrifying indictment of a system where revolutionary thought seems impossible. The one ant who truly escapes social law is a libertine psychopath, the sort of gourmand who wonders what cannibalism might taste like, later musing: “I’d like to go swimming … I’d like to eat a mosquito … I’d like to fuck a living thing while that thing was caught in a spiderweb.” DeForge gives him roaming, ovular eyes and a little parenthesis of a mouth, inverted with self-amusement. In the wreckage of the queendom, he grills rancid meat and sings “Just Can’t Wait to Be King.”

DeForge’s grim joke of an ending leaves the future in the mandibles of a traitorous cop, a sundering non-family, and a child prophet high on inhaled earthworm. Our closest thing to a heroic character is reduced to dragging a shovel through the dirt, pleading: “We can design it how we want. We can make things different! … I’ve spent my whole life just—just moving tiny bullshit around some other tiny bullshit…” The lone hopeful note comes when the oracle tells him that visionary foresight is really only a series of randomly apocalyptic hallucinations. In 1962, thinking about Little Orphan Annie’s blank eyes, Manny Farber argued that termite art aims for “the feeling that all is expendable, that it can be chopped up and flung down in a different arrangement without ruin.” What happens to a society that cannot even picture anything but the settled order? Ant Colony’s first image is one of the oldest: a plump fallen apple, chewed down to its sinewy, shriveling core.

Listen to our interview with Michael DeForge on episode 14 of Hazlitt’s The Arcade podcast. 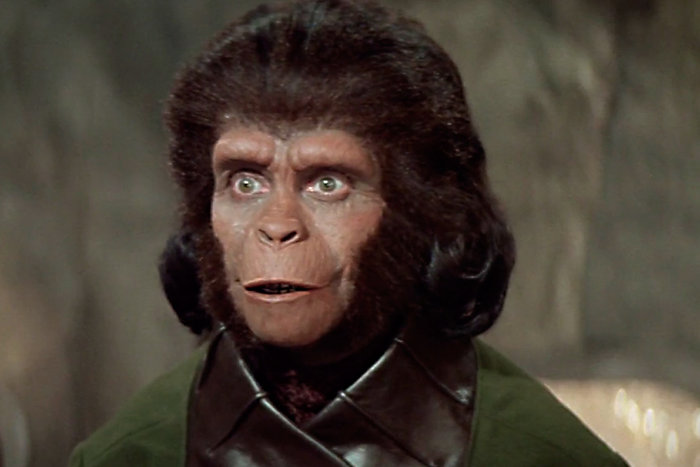 Studies Show
Human Brains May Not Be So Special After All 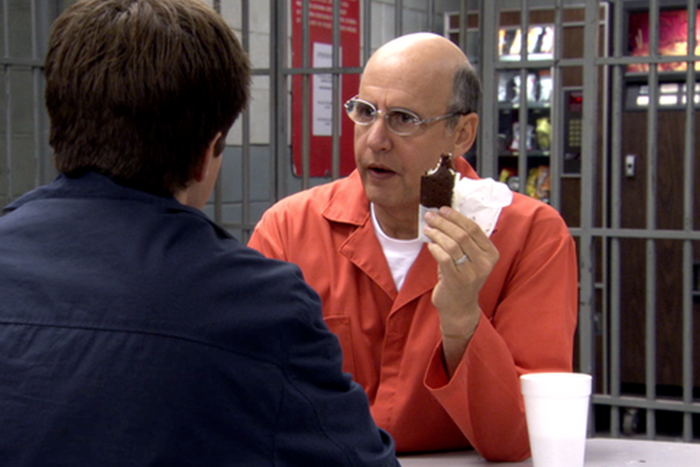 Food
How To Eat Food: A User’s Guide