Every week Carl Wilson looks at the events of the past seven days in the mirror of art and culture. This week: psychic animals. 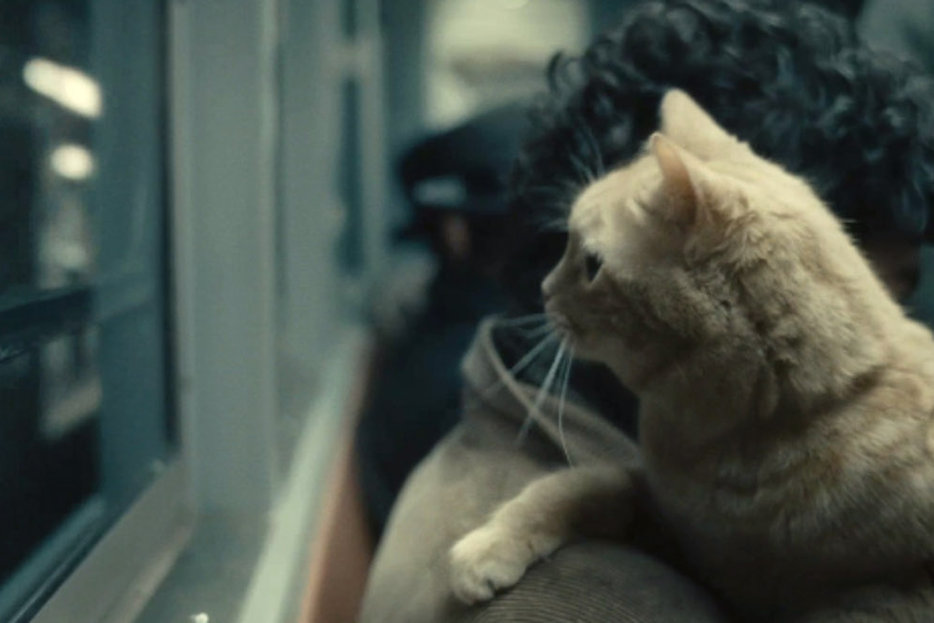 Every animal owner has their (excuse me) pet theories about their hairy companions—you’ve probably heard the like from friends, if you don’t harbour the same thoughts yourself: “She’s psychic! She always knows when Rebecca is coming home, even if she’s working late and arriving at a whole bunch of different times.”

For a non-pet-owner like me, this is cause for some suppressed eye-rolling. And if you’re a rationalist, you might have ground your teeth over the attempts of pseudo-scientists like Britain’s Rupert Sheldrake to lend credence to these tales of the tail.

And of course gamblers, whose dependence on the fickle humours of fate lends itself to all manner of superstition, are especially susceptible to the promise of tips from the realm of non-human instinct. Seemingly every major sporting event spawns another prognosticating beast, as was demonstrated again the past couple of weeks during the Sochi Olympics, where any college student with a rat and a box could attract story-starved reporters by claiming the rodent could predict which nation would triumph on the rink.

This week, though, reports came out of a study that, while saying nothing of critter precognition, did indicate a neurological basis for a special canine capacity for tuning in on human emotions. And if your imagination runs wild and sloppily like mine, it’s difficult to look at a headline like “How Dogs Read Our Moods” without wishfully substituting “Our Minds.”

It’s a standard feature of humanity’s existential loneliness—and discontentment with the company of one another—that we love to fantasize about alien intelligences, whether from distant galaxies or on the cat mat in the den. Psychic dogs and cats are not only standard tabloid fare (as parodied by unexpected satirist Joe Jonas on the BBC a few years ago—“My psychic dog has healing powers,” he sings, along with the chorus line, “I’m so fat I broke the toilet”). They’re also an irresistible go-to for fantasists and science-fiction speculators.

There are mind-reading fauna all over both genres, from the Star Ka’at books of feline fancier Andre Norton (i09’s tribute puts it well: “Every Kid in the Universe Wants a Psychic Alien Cat Friend”) to the various psychic dogs in Dean Kootz bestsellers, the spaceship-piloting cats of the Instrumentality in the works of Cordwainer Smith, and even, I’m told, telekinetic unicorns in the My Little Pony universe (#NoBrony).

Fans of Marvel’s Guardians of the Galaxy comics are crossing their fingers that Cosmo the telepathic Soviet dog will survive the translation to the upcoming movie version, and from this sample page, I can’t blame them: 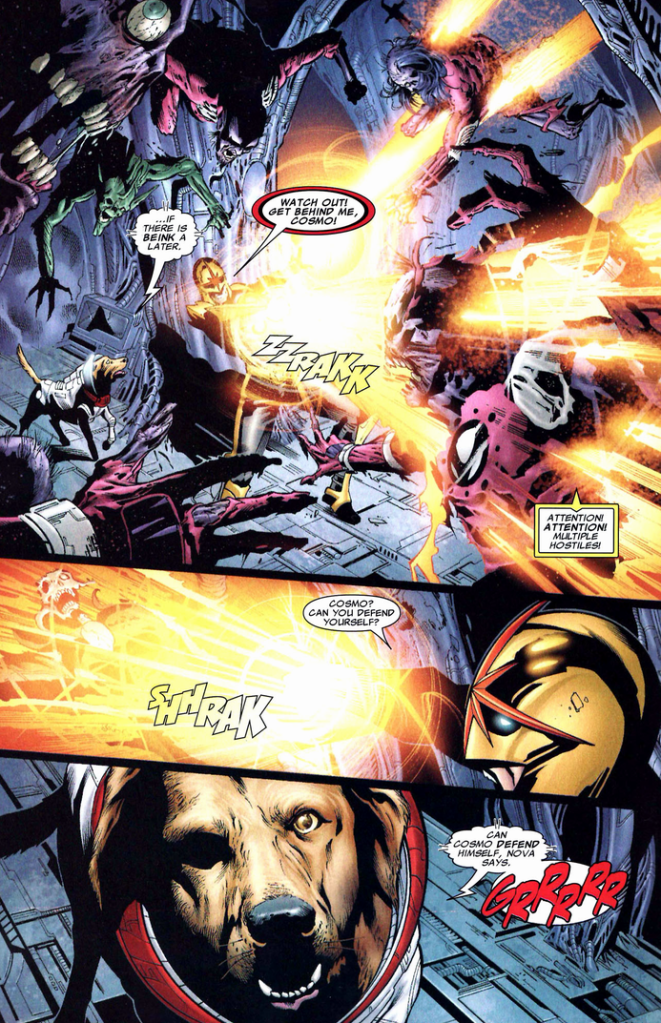 Perhaps the earliest psychic-pet moment in cinema came when Alfred Hitchcock turned the mystic mental bond between pet and keeper to melodramatic ends in the famous “telepathic dog” scene from 1936’s Secret Agent, where a mutt whines in agony in anticipation that, on a far-off mountaintop, Peter Lorre is about to murder its owner:

Then in the 1960s came the hit Disney movie The Incredible Journey and its sequel, in which two dogs and a cat seemingly possessed of incredible instincts if not preternatural powers trek hundreds of miles across the Canadian wilderness to return to their humans and their home. These pets were not psychic per se, but they came closer in the 1980s remake Homeward Bound, where Michael J. Fox, Don Ameche and Sally Field provide the voices of the animals communicating to each other, presumably telepathically.

All of which might not merit mention had they not come in for a cute name-check in the finest eerie-animal film of recent years, Inside Llewyn Davis. The Coen Brothers’ saga set in the early-1960s Greenwich Village folk-music scene from top to bottom is a kind of shaggy-cat story, in which the title character’s sometimes loving, sometimes hostile interactions with an orange tabby (and various misidentified substitutes) serve as the spine of a time-scrambled odyssey of self-recovery. The cat serves as a kind of unasked-for familiar for the misanthropic musician, almost like a daemon out of Philip Pullman’s His Dark Materials trilogy—that is, a representative of the soul, which has to be reintegrated before the hero can reach maturity. Or something like that.

In any case, at one point Davis and the cat pause in front of a movie-house poster for The Incredible Journey (although in fact the flick didn’t come out until two years after this film’s 1961 setting), a nod to the muttish Davis and his feline friend’s own drawn-out quest to find their respective places.

For a truly dark vision of cross-species psychic companionship, however, nothing has equaled Harlan Ellison’s 1969 cycle of stories, “A Boy and His Dog,” detailing the post-apocalyptic wanderings of a sociopathic loner named Vic and his telepathic hound Blood. It became a 1975 movie starring Don Johnson. Blood and Vic have a symbiotic relationship in their harsh future wasteland, as they each help each other scavenge food and Blood lends a paw to Vic’s obsessive search for sex (consensual and otherwise). Occasionally (spoiler) the two goals coincide.

In the early 1970s, the notoriously cantankerous Ellison was furious about the movie’s even-crasser revision of what was already a pretty sick ending, but he seems to have reconciled himself to it now. Whatever its merits, the Hollywood version has one indelible advantage over print—a short story can’t close out on a sardonic country-folk tune the way the movie does:

A Boy and his Dog Ending Song

Perhaps if pets really could be psychic—or if I were stranded in a dog/human-eat-dog/human post-civilizational nightmarescape— I might be more tempted to get one. As it is, though, you all can have your magical-mastiff delusions. As things stand I’m more inclined to chime in with David Byrne’s take on “Animals” from Talking Heads’ 1979 Fear of Music: “I won’t follow animals’ advice/ I don’t care if they’re laughing at us…. Always let you down, down, down, down, down.”

But go ahead and disagree—I won’t bite. And you can’t say that for everybody. 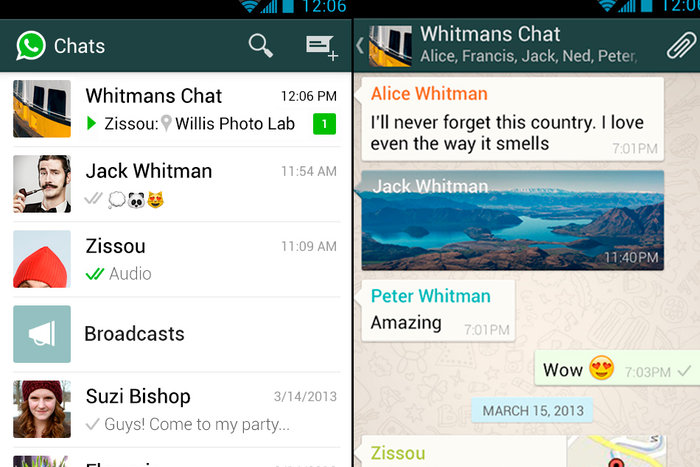 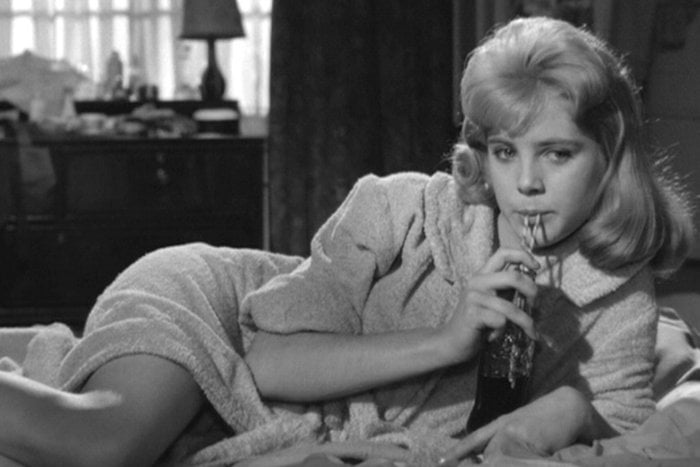 The Book I Read
Book Seven: Vladimir Nabokov’s Lolita
However you felt about the film Manhattan, Lolita—and the spectre of Humbert Humbert—helps us figure out the…