The Year in Canine Curatives

A dog could serve as another guard against the depression that I finally couldn’t ignore.

Taylor Lambert is a journalist and the author of four literary nonfiction books. His 2017... 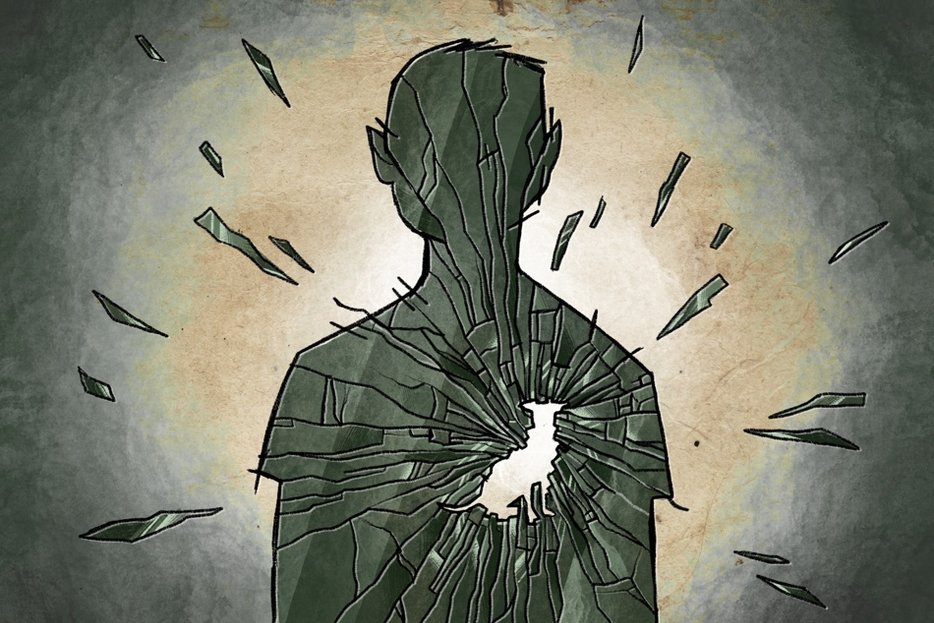 I fell apart in February. They used to call it a nervous breakdown, but that antiquated term has been replaced by the equally vague but more medically correct “mental health crisis.”

It was a long time coming, but that’s as precise as I can be. My depression goes back farther than my memories, long before I had a name for it. It was something I kept to myself, tried to keep inside, but it infiltrated my thoughts and behaviour until its corruption was no longer an obscuring of my true self but simply part of who I was.

I wrestled with my mental health privately, never revealing my struggles to anyone or seeking appropriate help. I told myself I was fine, I had the strength to manage alone, and I certainly didn’t need medication. Instead, I self-medicated with booze or drugs or sex to escape myself, which only led to unhealthy dependencies, which worsened the depression, requiring more self-medication.

In February, two weeks before my thirty-fourth birthday, the cycle finally broke. Which is to say, I broke.

The particular catalysts involved aren’t as relevant as the intensity of the experience. I’d had bad episodes before, but this was different, and I knew it. Not only could I never hope to keep this hidden, the stakes felt frighteningly high. It seemed a question of survival.

In twenty-four hours, I told my family and close friends, started antidepressants, and booked an appointment with a counselor. I quit all intoxicants, and spoke publicly and openly about my mental health for the first time. These were all actions that had long seemed terrifying, but now they came to me with the easy instinctiveness of breathing to stay alive.

Unable to eat or sleep much, I lost eight per cent of my body weight the first week. But after a few weeks the antidepressants kicked in and everything changed. I’d always feared they would dull my mind, but instead they brought something like a stable floor for me to stand on. The surety of being emotionally level astounded me. Correcting the chemical imbalance in my brain with a simple pill enabled me to be fully myself, somewhat akin to how recovering from a bad cold restores one’s sense of being fully present.

Except, as my doctor pointed out, the fact that my depression dates to childhood means that I was feeling like myself for the first time in memory. At age thirty-four, I would have to figure out who that man was.

Swimming back to shore from deepest waters was a long process, but weekly therapy sessions along with the medication helped me make slow but steady progress. I don’t remember exactly where the idea of getting a dog came from. I think it was my counsellor, or my doctor, or perhaps I who suggested it.

I’d wanted a dog all my life, but my mother was too allergic for us to have one, and as a child I swore that I would get my own dog as soon as I moved out on my own. I spent my twenties bouncing around the world for work and travel, and the time never seemed right.

But now a dog could serve as another guard against depression: as a freelance journalist, I spend many solitary hours in my apartment each day, often sacrificing my evenings to the fickle gods of work. Both my counsellor and doctor agreed that a companion who would be both a source of and outlet for affection was worth considering.

After convincing my landlord to make an exception for the building’s no-pets rule, I began researching rescue dogs online. I found a four-month-old Jack Russell-Chihuahua who was a street dog in Mexico before being rescued and brought to Calgary by a local agency. Our first meeting was the morning after he’d arrived, and within an hour he was heading home with me.

I named him Spätzle after the delicious noodles I’d loved since childhood. He was incredibly well-tempered and calm for a puppy, but also goofy, playful, endearing.

After two months Spätzle began exhibiting some strange symptoms: coughing, throwing up, and trance-like episodes where his lips and jaw muscles seemed to go haywire. The trances increased in frequency and severity, and the vet confirmed they were what they looked like: seizures. He was prescribed anticonvulsants; I filled the prescription two blocks from the vet’s office, and before I could give him his first pill, he had a violent, full-body seizure that lasted several minutes. I rushed him back to the vet, and they gave him a hefty dose of valium to get him through the day.

The likely culprit was canine distemper, a highly contagious virus that causes neurological damage and has an 80% mortality rate for puppies; there is no cure. Waiting more than a week for the blood test results while trying not to get further attached to an adorably romping puppy who might be dying was emotionally exhausting.

But at least the anticonvulsants quickly reduced the seizures, first in severity then in frequency, until they stopped entirely after a few days. The blood tests came back negative for everything, including distemper. The next diagnostic step would have been taking him to a neurologist and a series of expensive tests. Given that the seizures had been eliminated and Spätzle seemed fine and not in any distress, the vet and I agreed that it was reasonable to take a wait-and-see approach and simply watch for any changes. 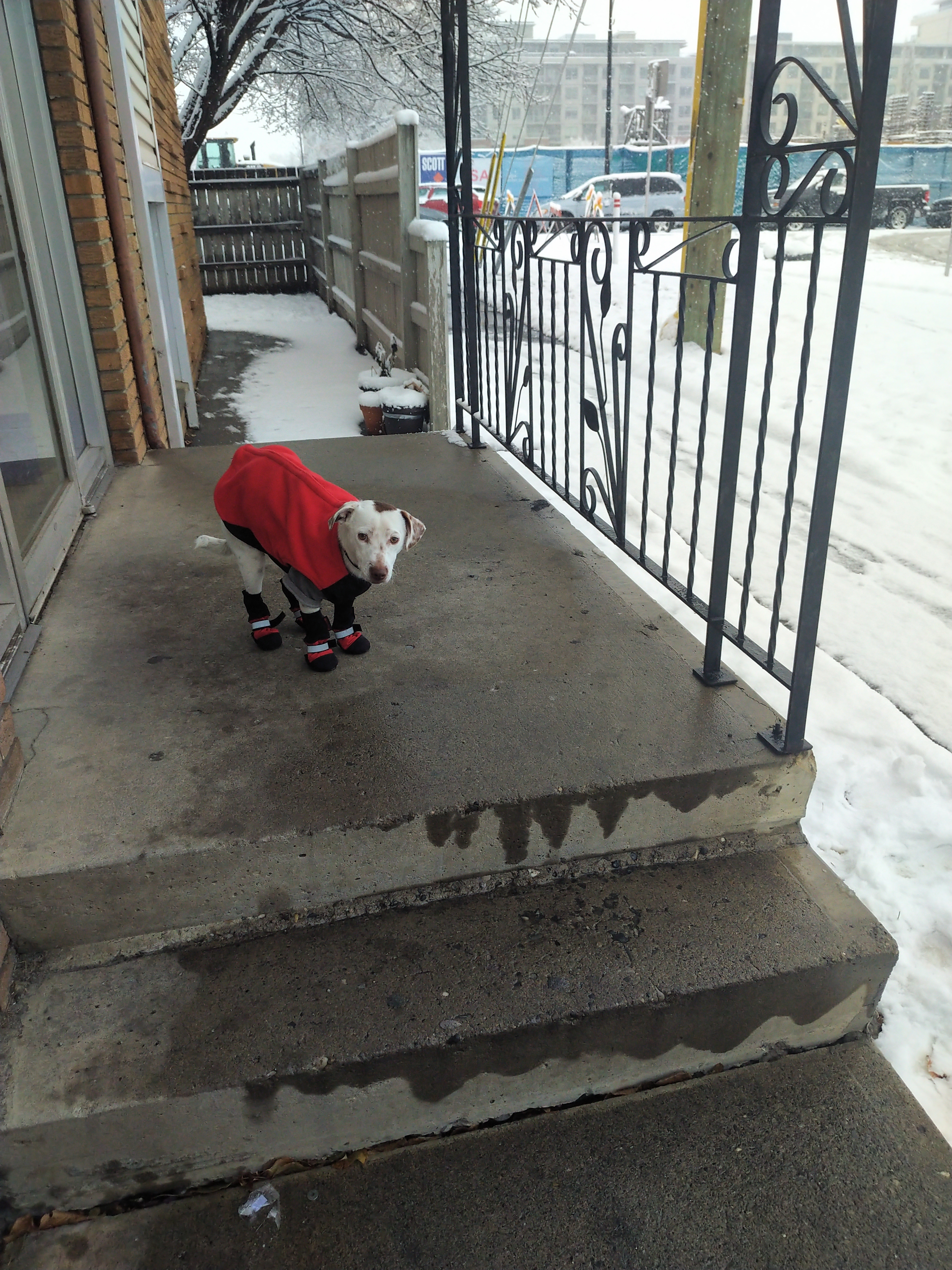 Spätzle and I fell into a comfortable rhythm. His tiny bladder requires my rising early, which helped me return to my pre-breakdown routine. Our pill bottles stand together on a kitchen shelf, same translucent green, filled by the same pharmacy. With his breakfast comes the first of his three pills each day, hidden among the similarly-sized kibble to subvert his ability to find the medication in whatever food I’ve hidden it and leave it untouched while he devours the rest. As he eats, I take my two pills, both antidepressants, and then we are ready for the day.

I’ve never consciously held any stigma against those with mental illness or the medications they require. But such stigmas are prevalent in our society, and, in hindsight, I had no doubt internalized them and applied them to myself. It wasn’t so much that I didn’t want antidepressants, but that I didn’t want to need antidepressants. I took pride in finding the strength to slog through dark swamps on my own, a terribly foolish approach that cost me dearly.

Feeling the effects of the medication changed my perspective. But sharing that daily ritual with a companion whose need for pharmaceuticals is a matter of life or death helps tether me to that perspective. I see no weakness in either of our conditions, nor in our reliance on little chemical tablets; we’re simply trying to find a way to live.

Spätzle was supposed to help me keep my broken self together. He turned out to be broken, too. After spending decades resisting antidepressants and wanting a dog, I now have both. Neither was what I expected, but both helped save my life.

Taylor Lambert is a journalist and the author of four literary nonfiction books. His 2017 book Darwin’s Moving, which explored class divides through the lives of furniture movers, won the W.O. Mitchell Prize. He stubbornly lives in Calgary. 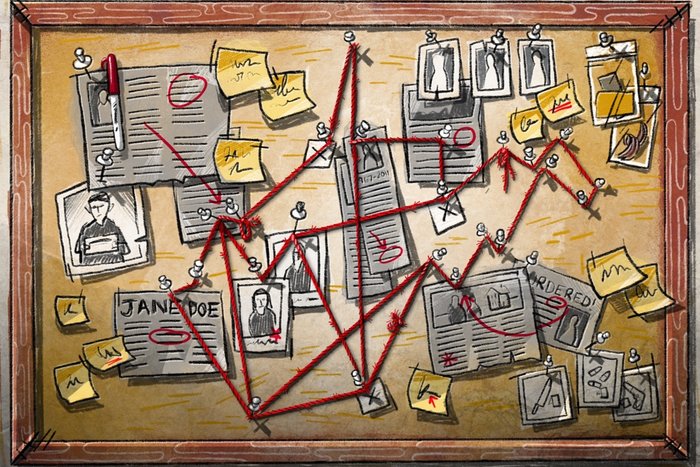 2019 in Review
The Year in Mysterious West Virginia
These people, these murder victims—the only thing separating their fate and mine is a thin hair of the intangible. 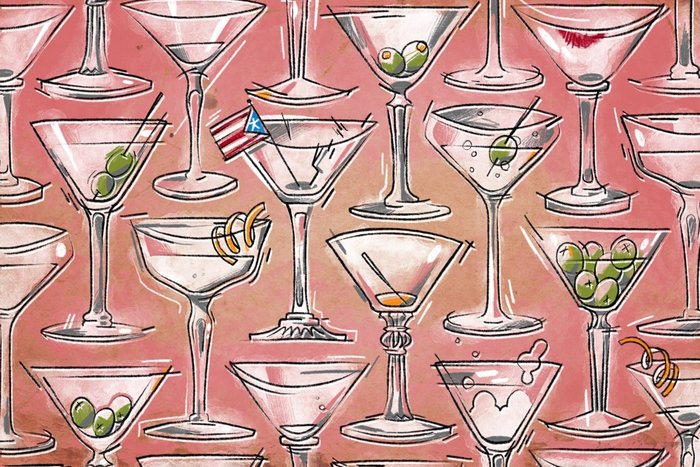 2019 in Review
The Year in Martinis
The protests wound their way into the fabric of our days. Political struggle emerged naturally and sustained itself…