The Year in Observance

I now find myself repeatedly asking which is the more powerful Jewish tradition, our love of ourselves or the world’s hatred of us? 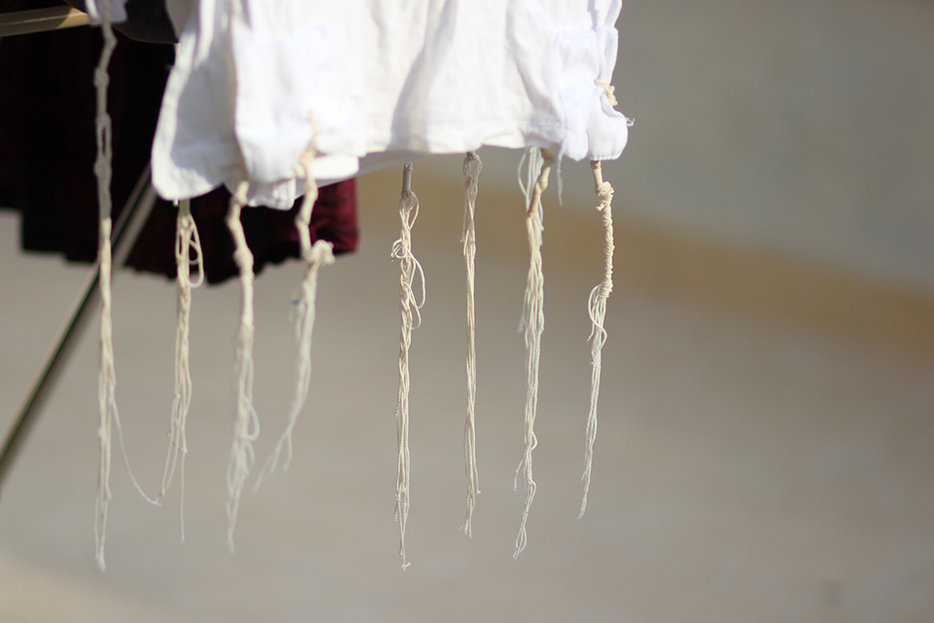 No matter how dark the storm gets overhead
They say someone’s watching from the calm at the edge
What about us when we’re down here in it
We gotta watch our own backs
– “Didn’t It Rain,” Jason Molina

I started wearing the tallit katan almost exactly a year ago. The four-tasseled undershirt’s origins are in Numbers 15:38 (“…it shall be unto you for a fringe, that ye may look upon it, and remember all the commandments of the Lord, and do them…”), and although mystics over the years tacked on innumerable metaphorical interpretations, it’s now predominantly worn by more observant Jews throughout the world as a simple reminder of faith. Today you mostly see them on Modern Orthodox men as they surreptitiously tuck them into their waistbands at the office, or on their Hasidic counterparts strolling down big city avenues, the frayed strands bouncing against their thighs. And now, apparently, on me.

Observance, the act of observing, involves traditions cast aside as much as traditions kept. Struggling to better understand my Judaism, this year I adopted a handful of customs while still dismissing many others. I know how contradictory my lifestyle can be while wearing a relatively obscure symbol of Judaic culture, but paying attention to even a fraction of these details has made me take more notice of what’s missing, incomplete, or incongruous in my life. Not just basic failures like skipping the Sabbath or choosing to not keep kosher, but deeper, ingrained problems within me. Looping the strings around my fingers in quieter moments, I find myself regularly focusing on an incessant sense of idle loneliness, the inability to fully connect with those around me, a persistent underlying anger directed at the way of things.

I adopted the tallit in hopes of better examining how Judaism could affect my day-to-day worldview, but in many ways, an opposite became rapidly apparent, too. Judaism affects me as recurrently as the world affects my Judaism. Maybe it’s just poor timing, focusing on strengthening personal Jewish identity in tandem with the nomination and subsequent election of an ultranationalist, bile-spewing enabler of anti-Semites, but observing rote tradition made me take stock of the world’s pernicious habits, of humanity’s own time-honored traditions. Over the past twelve or so months, it’s seemed like both society and I have become more entrenched in beliefs that might have lay hidden within us since our births.

At its most basic, a tallit is another physical representation of a grander belief system, the same as a yarmulke or a rosary or a political bumper sticker, an indicator to yourself and others of where you hope to stand on your best days. I don’t know if I’ve had any best days since I adopted the tallit katan. No year has tested my faith in people, in even the vaguest hope of a unifying divinity, more than 2016. I now find myself repeatedly asking which is the more powerful Jewish tradition, our love of ourselves or the world’s hatred of us?

Fighting against the oppression of society’s most vulnerable is a religious commandment in and of itself, but it’s also important to remember that we are all interchangeable dominos, and when one falls, the others inevitably follow. This is the physics of hatred, predictably obeying its own set of rules.

The venom seeping into American wounds this year is nothing new, and the sentiments hinted at from those ascending to power aren’t novel. But what is it about enmity towards Jews that feels so rooted in the soil? Lengthier, more nuanced analysis than I could ever offer on that subject is out there, although I’ve yet to find a fully satisfying explanation. Like prayer, I’m seeking answers I know can’t be received in any tangible or easily processed way. Anti-Semitism, like hearing the voice of G-d, can only be experienced as it sets the heart alight with either a cruel or beautiful flame.

Distrust and hatred of Jews aren’t yet at the forefront of this new American era; we are instead seeing that ire channeled more directly towards marginalized Muslim and Latino communities, towards Black men and women, towards women in general, and LGBT citizens. Fighting against their oppression is a religious commandment in and of itself, but it’s also important to remember that we are all interchangeable dominos, and when one falls, the others inevitably follow. This is the physics of hatred, predictably obeying its own set of rules. So violence towards any one of us should serve as a flare signal shot above the rest of our heads. When we see that bright cruelness in the dark, we have a responsibility to use it as a light to guide us towards our compassion.

I think, on some level, I wear a tallit katan in hopes of attracting both of these experiences—divine love and human malice. Seeking out the first is understandable, if unrealistic, while I’ll be the first to tell you that looking for the latter is most likely an exercise in ignorant masochism. No one deserves that kind of hatred, and those who do experience it never wish it on others, but I do think often about what a rabbi friend of mine described of a very Judaic predicament: “When things are good for us, people stop being Jewish.” I suppose I willingly wear this symbol of Judaism to spite those who denigrated and demonized those symbols on others in the past. I feel a need to display that which identified, and thereby silenced, my forebears through expulsion, industrial death, and mass graves. The very act of living, and of how you choose to live, become forms of protest.

And yet, despite this tragedy of a year, how could I honestly say that things aren’t still embarrassingly “good” for me? I have nearly nothing to protest in my own life. The circumstances I’ve been dealt are still beyond what any of my ancestors could imagine for a Jew. Even if wearing a tallit katan is nowhere near as ubiquitous as a yarmulke, I still speak freely and openly about my personal faith and ethnic heritage with little to no fear of harassment and injury.

But I don’t believe this year was as bad as it will get, if not for me, then for so many others in a nation most of us convinced ourselves could be a surrogate, secular Promised Land. Unfortunately, I think it’s only the beginning of a lengthier, painful struggle. While adopting the tallit katan to reclaim some sense of observance, however shallow, I watched this past year as childhood friends, hometown neighbors, and likeminded people across the nation turned to one of the world’s oldest crutches: a simmering fury directed towards a variety of “others” that inevitably included the nebulous construct of the perennial “Jew” and all its winking synonyms. Those who “control the levers of power in Washington,” and the “global special interests,” as the President-elect’s final televised ad described; the elites who “stripped our country of its wealth.” Like my recently increased observance, I’m unsure if this renewed bigotry will amount only to a brief flare or ignite something fiercer within the susceptible. I can only hope that the difference between our fervencies will illuminate something greater within me while quietly extinguishing inside the scared and vulnerable.

Growing up and living as a Jew in the American Deep South breeds its own sense of solitude and frustration, but the same can be said for so many other cultural and economic circumstances. I am working, and will continue to work, on observing and caring for the struggles of others as much as I’ve started to do for myself. This year has shown that most of us are not done searching for something greater to answer our cries for help and understanding. I don’t know how we will come out of this, but I believe that what the tallit katan represents has, for the time being, given me what these newest oppressors and opportunists can never provide to the desperate: the reminder that all this loneliness, isolation, and anger can occasionally be tempered by the world’s paralyzing wonder, and by our ability to spark a collective divine light that will outshine the hatred. 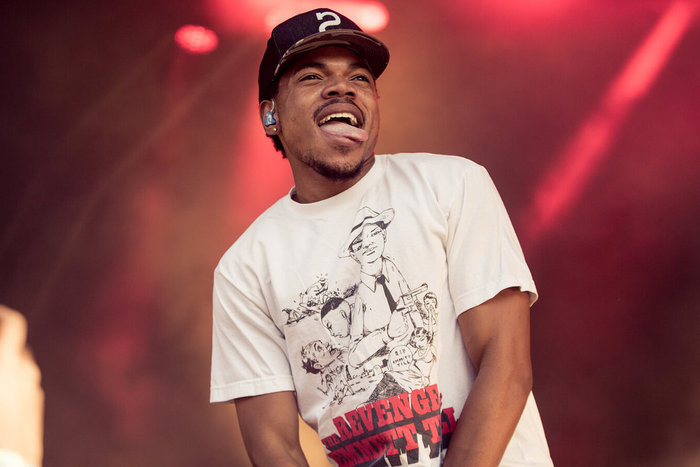 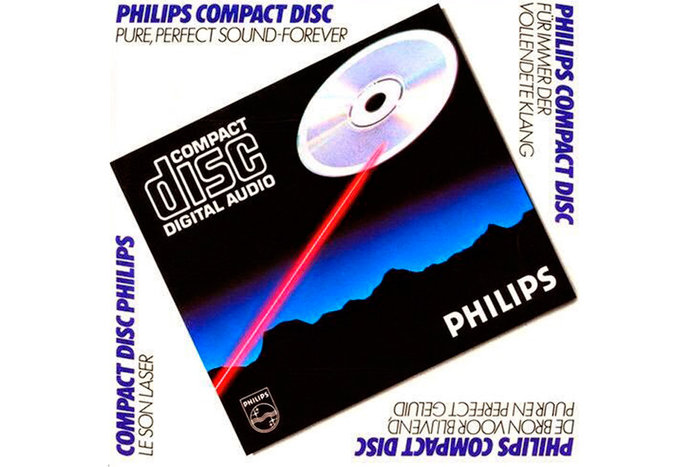