There’s nothing like trying to face your fears and reclaim your childhood to remind you that everything you believed was good and pure is a lie.

Piper Weiss is a writer and editor who lives in Brooklyn. Her memoir, You All... 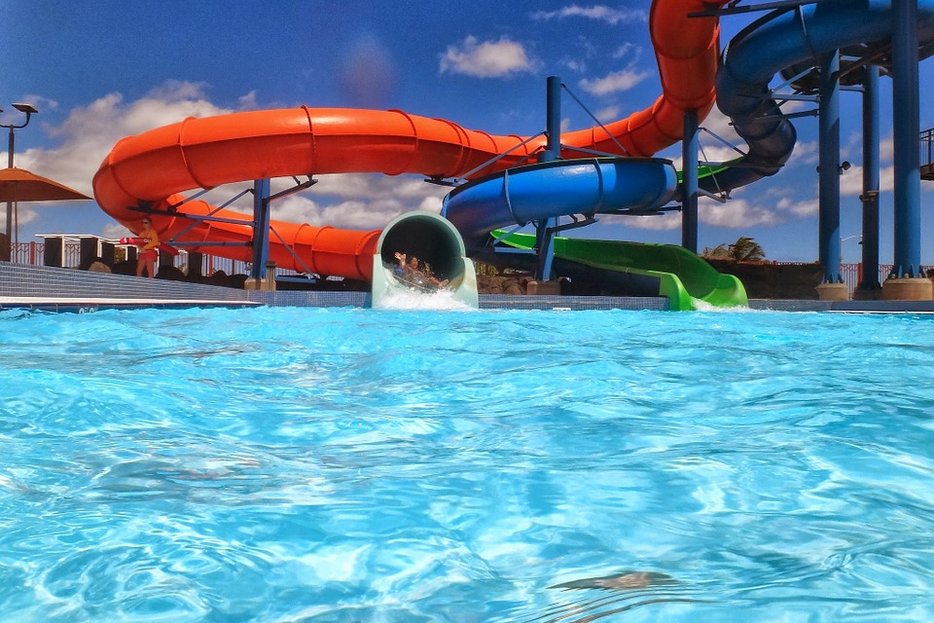 “Neo-nazis love waterparks,” my boyfriend, Collin, said as three skinheads in combat boots, T-shirts slung over their shoulders, shuffled toward the ticket line in front of us. There is nothing like a blue-green swastika on a pimpled back to remind you that everything you believed was good and pure as a child was a lie.

I was twenty-seven the first time I went to a waterpark. Up until then, I’d only seen one from the backseat of my parents’ car, when the blur of treetops gave way to a life-sized toy-set in the distance. The turquoise bubble letters, the towering coil of the waterslide, was Oz-like and glistening as we passed it by. Growing up in New York City, slides dropped you off on hard cement, and family fun meant tickets to an Off-Broadway Neil Simon play starring Judd Hirsch. Fear was an unlit side-street, the third rail of the subway tracks, a rogue taxi speeding through a yellow light—a thing to be avoided, rather than conquered. That may explain why, even as an adult, I envied the kids in commercials, who dove face-first down watery chutes, plunging into pools on rubber donuts. They were fearless in their aquamarine world, and I believed I would be too.

Plus, it was hot. Our air conditioner was broken and it was mid-August in Manhattan. When I proposed driving to a New Jersey waterpark, Collin was on board. From the car window, the skyline of slides grew close enough to establish their hierarchy. Least impressive was the Lazy River, a flat in-ground pool that wound around the park. Ranked just above it was the horizontal, elevated wavy slide, and above that, a spinning red and black wheel. But the centerpiece of the park was an enormous yellow tube with a breathtaking vertical drop that finished with a series of spirals.

“I’m going to do that one first,” I announced, as we pulled into the parking lot. But at the ticket line, face-to-back with a swastika, my anxiety kicked in.

Collin headed for the yellow slide, which, upon closer inspection, was taller than it seemed before, the plastic more brittle. Even the color was different—less orange juice, more sawdust.

I needed to build up my nerve, so I headed towards the Lazy River. Along the way, the concrete was spattered with dark stains—a trail of shimmery blood puddles stamped with toe-prints. A waterpark crime scene. I panicked and scanned the area. The mood was buzzy, elevated, teeming with children, flesh intact, dripping pool water off their fingers. A leaky ketchup bottle, chocolate sauce from a melting cone, that was all it was—or what it might have been, if the liquid had been thicker, darker, less blood-like. Blood is blood, and still, I pretended it wasn’t.

Sitting in a rubber donut, toilet-style, I drifted pleasantly down the Lazy River until I noticed a Band-Aid floating belly-up alongside me. Paddling it away didn’t work—we were riding the same current. When I got out of the pool, my swimsuit bottom sagged with water. The Band-Aid leeched to one cheek.

I waved at Collin, his wild blond hair now soaked flat and darkened. He’d already been on the Wheel of Doom and the giant yellow slide. Twice.

A group of pre-teen boys rushed past us, pulled off their shirts and handed them to another boy in a wheelchair. The handles of his chair dangled with knapsacks. I watched the boy in the wheelchair watch his friends, one by one, shoot across the horizontal slide.

“Don’t go on that one.” Collin pointed to another ride obscured by a thin jungle of fake trees.

“I think it’s a rope swing with a large drop,” he said. “But look, people keep getting hurt.”

On cue, a golf cart ambulance pulled up in front of the ride. When the siren sounded, I caught my open mouth with one hand.

“Having fun yet?” he asked. His sarcasm annoyed me, because I knew he actually was having fun, and he knew I wasn’t. These were our assigned roles: he was the one who delighted in the absurd, I was the absurd. Once, he’d said my temperament reminded him of a horse. “Because they scare so easily.” I was tired of him seeing me this way. I was supposed to be different at a waterpark.

So I climbed the ladder to the tall yellow slide, rail by rusted rail, until I reached the platform where the view stretched all the way to the parking lot. The entry point of the slide was a slick, dark canal—a hole with no bottom. The teenager in charge was rushing riders through, one on top of the other, not factoring in the chance that someone might be stuck inside the tube. I wondered if someone ever got stuck inside the tube. “You can go ahead of me,” I told a few small kids behind me and then waited to see if they survived. The teenager said something like, “Only way to go is down,” but there was that ladder I’d come up on, and technically it went both ways. “Be right back,” I said, suggesting I’d forgotten an important slide-related device I’d return with shortly, and toed my way back down the ladder, certain I’d made the right decision.

At the bottom, a shivery little girl in a pink suit was standing there, pointing at me. “You’re the grown-up who chickened out!” she yelled, before climbing up the ladder for a second go-round.

At a table overlooking the park, Collin and I dunked corndogs in yellow mustard, and listened for the golf cart siren, reliable as a church bell chiming every quarter-hour. I told him how sad I felt for the boy in the wheelchair. “Aw,” he said, “maybe he was enjoying himself, even if he couldn’t go on the slides.” I tried to imagine this. I changed the subject.

“I don’t think I can do the yellow slide,” I said.

“You have to do the yellow slide,” he said. “That’s the whole point of coming to a waterpark.”

Early on in our relationship he’d given me a crash course on all the suburban pleasures I’d missed as a child. The first time he took me to his hometown, we found a trampoline in a wooded area and jumped holding hands, until a neighbor chased us away. Later, we visited an amusement park, an arcade emporium with go-karts, a renaissance faire, a mini-golf course on the Jersey shore. We sang “Wheel in the Sky” the whole ride there, pretending we were teenagers from another era we’d narrowly missed. Back then, it felt as if he’d found an artery in my neck that, when pressed, would let the steam out.

He moved in with me. He lost his job. He left gum balled in wrappers on the floor, and stuffed a drawer with wires, the remnants of musical instruments he’d locked away in a storage bin. Now he would wake in the middle of the night to strum his guitar. He plucked the melody to “Wheel in the Sky,” slow and sad, in a darkened room away from me. In the morning, we packed two bath-towels in a beach bag. In the afternoon, I looked up at the yellow slide and saw what he meant. The point was to reach the thing you’d seen in the distance, and to believe it was exactly what you’d hoped for, even if it wasn’t.

So I climbed back up the ladder, and when it was my turn, I laid down inside the dark, wet intestine. Inside, it smelled of sugar and cleaning agents, a mopped school hallway. First came the drop, the worst part, I told myself before mental predictions were muted by the present tense and organs sloshing, body rag-dolling, the helplessness of my own arms to steady the momentum. Slipping warps time, stretching a moment of uncertainty into an operatic final reckoning. As I slid downward, I ran through the whole playlist—disbelief, regret, flight, fight and resignation—until I was suddenly perched in the curve of a plastic tube. It was dark inside the yellow spiral, but still, unfortunately, yellow—like the unpolished insides of a child’s toy.

A wet blob of flesh pressed against my back. “Move, Move!” it said. I duck-pedaled around a spiral, then another spiral, until I was dropping again, this time, down the part of the slide that was exposed. The tube’s top half was gone, and in its place was the boundless, elevated view of a bad decision. The waterpark below unfolded like a boardgame—flat, distant, improbable. For a second, I was grateful when the slide’s top-half returned.

But the last drop was unexpected. Light broke through the tunnel. I doggy-paddled the air. The tube was now the absence of a tube. The punchline of the joke had become the beat before the laughter, when you are suspended alone, with only the echo of what you did, and not what it means. The pool smacked me good and pushed my head down. There was only turquoise and burning. I gulped chlorine. I gulped breath. A lifeguard’s hand plucked me up by the swimsuit strap and pushed me towards the shallow exit stairs.

“I think you landed wrong,” Collin said, standing on the ledge, holding out a towel. I opened my mouth and when nothing came out, I shut it again. My arms and legs ached from seizing up. My chest was heavy with the weight of something. I tried to inflate it, but my breath sputtered out. “You okay?” he asked. I shook my head, and took the towel from his hands.

We headed back towards the parking lot. The blood-stains on the ground had browned in the sun. A siren bleated. Wails whirl-pooled around us. One lone neo-Nazi finished up his Slurpee as he waited in line for the Wheel of Doom.

Piper Weiss is a writer and editor who lives in Brooklyn. Her memoir, You All Grow Up and Leave Me, will be published by HarperCollins in 2018. 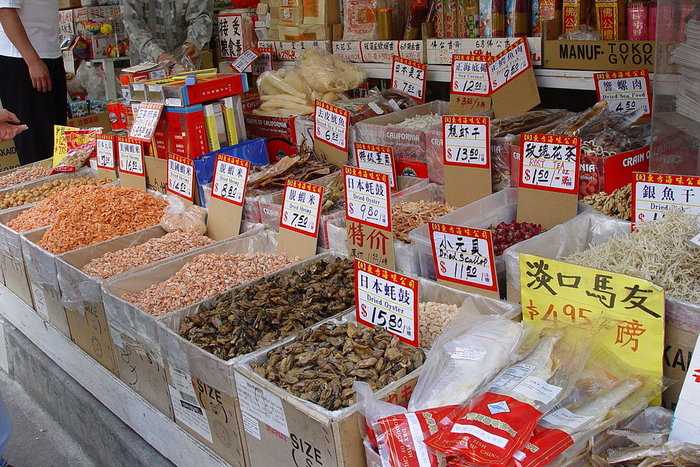 Food
The Loneliness Recipe
When I get homesick in New York, I scour Chinatown for ingredients to make my Korean grandmother’s radish, or mu… 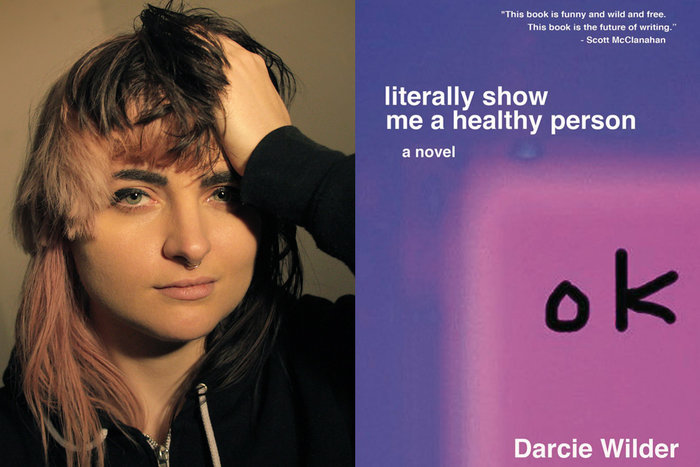 Interview
‘It’s Both Excruciating and the Opposite of Excruciating’: An Interview with Darcie Wilder
Speaking with the author of literally show me a healthy person about the genesis of her new book, the power in learning…