When I get homesick in New York, I scour Chinatown for ingredients to make my Korean grandmother’s radish, or mu, soup.

Vivien Lee is a poet, copywriter, and journalist living in New York. Her writings have... 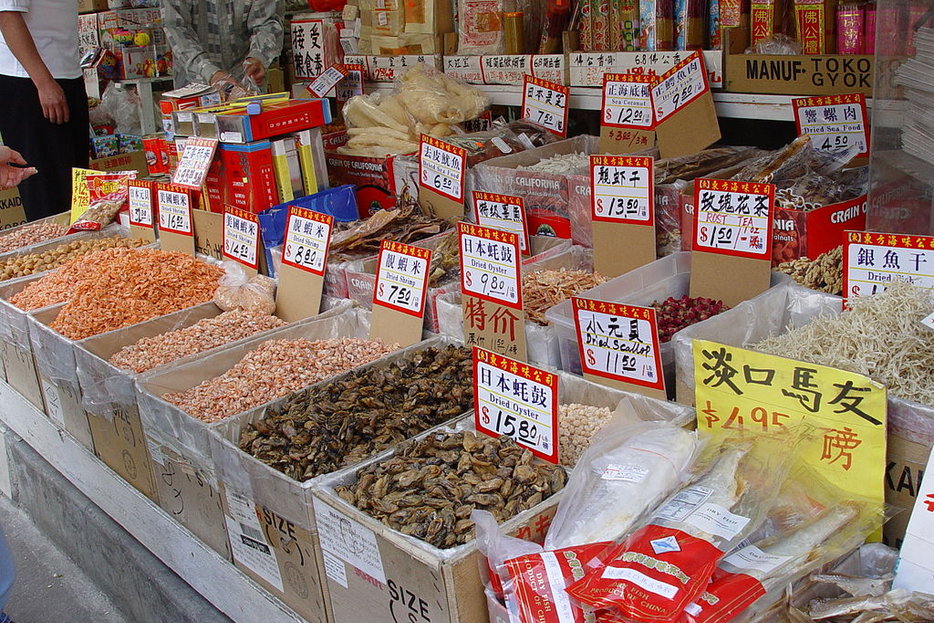 Every other New Year, I’ve withdrawn from the potentially memorable (or not so memorable) eve of clinking champagne flutes with strangers to rise soberly at 6 a.m. with my family in Virginia, for an ancestral food ceremony called jesa.

These early mornings usually begin darker than day; a Prussian blue while my father wakes to light candles, opening the window to call his late father’s spirit in. The table takes a few hours to set, glorified with plates of dried fish, rice wine, jujubes, persimmon, pear, liver, and rice cake soup for my grandfather. After three rounds of synchronized bows, my sisters and I sit by his portrait to whisper gratitude and think of the other Lees who came and left before us. Once our silence is pardoned, we eat. Just as everyone’s ready to be done, grandma surprises us with more food, this time, with bowls of radish soup. During the Korean War she’d known what starvation was, and since then she has made sure that no one ever leaves a table still hungry. Eat more, she always insists.

Until I’d left for college, I wouldn’t know what a New Year’s Eve party was like. Despite my appreciation for traditions now, most of my childhood battles spurred from the rigidness of my parents’ roots and a young thing’s need for freedom. In the summers, I still seek out some of the desires of my youth—sweet skin, soft flesh, and the unexpected, eating cold fruit in the landscapes of someplace new. But more than anything, rebellion is in doing the unprecedented: having no plans or edifice, to the point of averting stable bonds. Moving to New York. Leaving the only people you know with a suitcase in hand.

But sometimes, here in the city, I get homesick, wanting nothing more than familiarity and the taste of radish soup.

Before the early seeds of Buddha and Confucius, Korea belonged to my ancestors as a shamanistic kingdom. The Korean word for shaman, mu, comes from China’s equivalent, wu. Mu is also a name for the Korean radish, or the shorter and stouter version of its better-known twin, the daikon.

When China imported Confucianism into other regions, longevity was farmed in the soil of buried families worshipped by their children, who’d learned from them filial piety and the virtue of serving the desires of others before one’s own. Despite having these values ingrained in me, naturally I grew into the habits of Western individualism. Although I identify as an assimilated Korean-American, older Koreans like to fervently exercise the statement: But you’re not American. You’re Korean.

The binary idealism of “east and west” isn’t much different from the way one prepares certain food, the fates of a meal commonly fixed by roles that have been established for generations. The milky broth of warm cucurbit soup is served for comfort and sustenance. But when dinner’s over, the lover’s mouth is reserved for a fare of sweetly glazed pericarps—grapes, cherries, strawberries. Often handfed, a gesture underlined as erotic, fruit has a reputation for scandal and pleasure—with famous appearances in Genesis and many nude paintings. Vegetables, on the other hand, often arrive tough and fashioned plainly in dirt—masculine, lacking mystique. In the tradition of animism, I like to consider the radish a maverick and hermaphroditic deity. One with a flexible identity. A specimen born phallic that, when left past the harvest, flowers to show off new private parts. Little fruit pods.

Preparing a special meal is a fortifying experience, requiring strategic planning and long-term thinking. In this particular case, I not only have to give up time, but find certain ingredients that don’t have English names. The radishes that make radish soup aren’t sold in many of the usual grocery chains, so I head for the Q train to Canal Street, the one place I can trust to have every type of produce.

I begin to see Chinatown’s thumbprints around the subway station, its signature in those vibrant, red plastic grocery bags. Sanguine has two meanings. One is a shade of red like that of blood, and the other is comparable to being hopeful in times of strife. Both sentiments chronicle the shared bloodshed and poverty of our ancestors, through generations of conquest and resistance. Thanks to Confucian ideologies the dynasties shared, there was little resistance when the Hans invaded Korea in the 12th century. Aside from the way it’s remained largely homogenous, when I arrive to today’s bustling markets between Canal and Pell, there seems to be no room or time for resistance.

Chinatown’s pulse is one that thrums through its tourists, vendors, and shoppers, shoulder-to-shoulder and all pacing swiftly in the chaotic frenzy of sidewalk traffic. Sanguine store signs line its capillaries. Sidewalk carts display an abundant array of fresh, foreign fruits—rambutan, mangosteen, lychee, dragonfruit. Y’all, look’it these spiky strawberries, a man shouts to his family in a Southern accent, pointing to a rambutan stand. I peer inside a small grocery market, perfumed with coriander and an undertone of musky dried squid. Next to a dated cash register are barrels of chestnuts and boxed Danish cookies, blue and white porcelains, but no radishes in sight. I smile at the clerk, say thank you and leave.

Eventually, I come across a large Taiwanese bakery that turns into a fish market past the corridor, and for a moment I become Brigitte Lin in Chungking Express. The short fantasy ends as I walk out the exit, the evening’s rays replaced by neon violet lights. By now I’m hungry and consider going home, until I see, across the street, a sign that reads HONG KONG SUPERMARKET. It’s always when you give up on it that an answer reveals itself, I think. This supermarket smells of plastic curtains, herbal medicine in tin boxes, and candied ginger. In the produce aisle there are scallions, bean sprouts, and mushrooms of every kind. And, lo and behold, the radishes, with a sign that says 3 for $1.

On my way back to the subway, I pass by and notice two elderly women—one wearing a bucket hat rummaging for plastic bottles, and another waddling with a shopping cart full of quilted, unidentifiable objects. Though this sight isn’t new, in that moment I recall reading an earlier report on the rising number of elderly folks in Chinatown living alone. The forgotten ones. In Eastern countries, it’s common for adults to live at home and take care of their retired parents, but for those who’ve grown up like I have, the defiant desire to be on our own populates as we age further into our American ways. Self-reliance, consequently, unravels the thread of our once highly collectivist values more and more, leaving members of previous generations without resources to support themselves.

From China, my ancestors had learned to cultivate rice, which apart from wars and ideologies, has brought our nations and many others together. Rice paddies require many farmers to work and drain their fields at the same time, and so making autonomous choices can be detrimental for the entire village. It’s from this mode of agriculture that the differences in individualism vs. collectivism are thought to stem, named by a group of students from the University of Virginia as “the rice theory.”

I thought of this theory often when I lived with my former roommate, an Indian writer from Mumbai. The cultural dish we both shared was rice with curry. Our friendship formed by preparing this meal together. “This tastes like home,” Apoorva had said our first night. I too felt at home, having someone to regularly sit down with, easily and unintended. She ate rice with her hands, and I with my chopsticks—openly and plainly, the way our families do at home. After learning of her extensive knowledge in European literature, I ask her if she’s able to discuss these interests with her family back in India. Do you feel like they understand you and your interests here? “Yes. Well, sometimes. Even if they don’t, I think having things to bring back and discuss with the people at home is our duty as any cross-cultural member.” Cross-cultural, I’d nod and mentally repeat to myself. Words that sometimes still echo but are too often forgotten.

Walking a few blocks from the train, I catch a remarkable glimpse of a family in a restaurant, praying over their dinner. Family—the taxa between genus and order. I think of perishables. In this case: produce, people, and tradition. When all you’ve known is tradition, there’s a certain terror in realizing that the structures you grew up with start collapsing as you age, eventually left up to you to uphold or lose. Religion, holidays, eating dinner at the same time. But something like a brief, momentary view into that family’s evening is a still and softening reminder of how some things can stay constant.

A Taiwanese friend had once told me the Chinese word for good derives from two characters—one that symbolizes woman and the other child. To cultivate life, a child needs their mother, women need each other, and society—the standards of our ancestors. I look at my bag of radishes, the roots of my childhood enduringly rattling and carried with me wherever I go.

Vivien Lee is a poet, copywriter, and journalist living in New York. Her writings have been published in Nylon, Sight Unseen, and Racked. She has a degree in Urban Planning and likes to write about people, culture, and design. 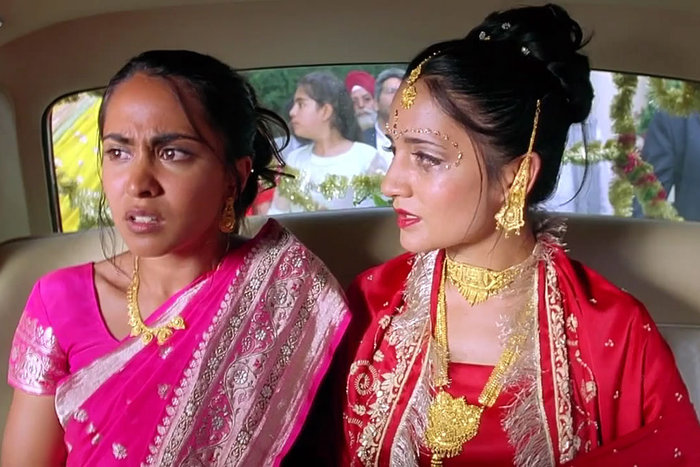 Film
Kids Like Us
Fifteen years after its release, Bend It Like Beckham is still an essential representation of South Asian teenagehood. 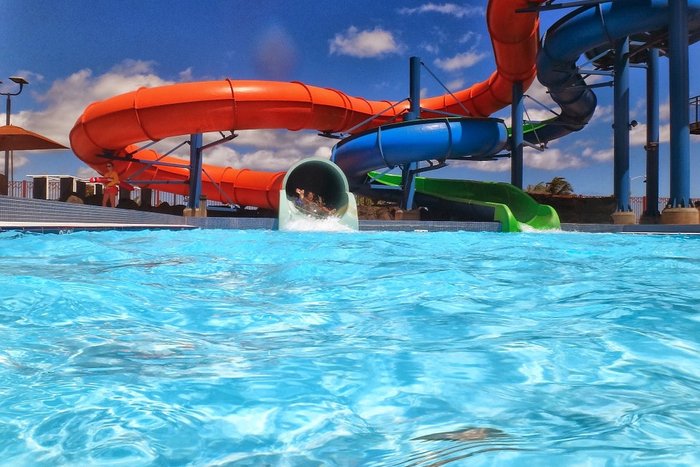 Firsts
Waterpark, with Occasional Nazis
There’s nothing like trying to face your fears and reclaim your childhood to remind you that everything you believed…