The Masked Man Wants Something

It is Monday, and Gary Wilensky is getting himself a gun.

Piper Weiss is a writer and editor who lives in Brooklyn. Her memoir, You All... 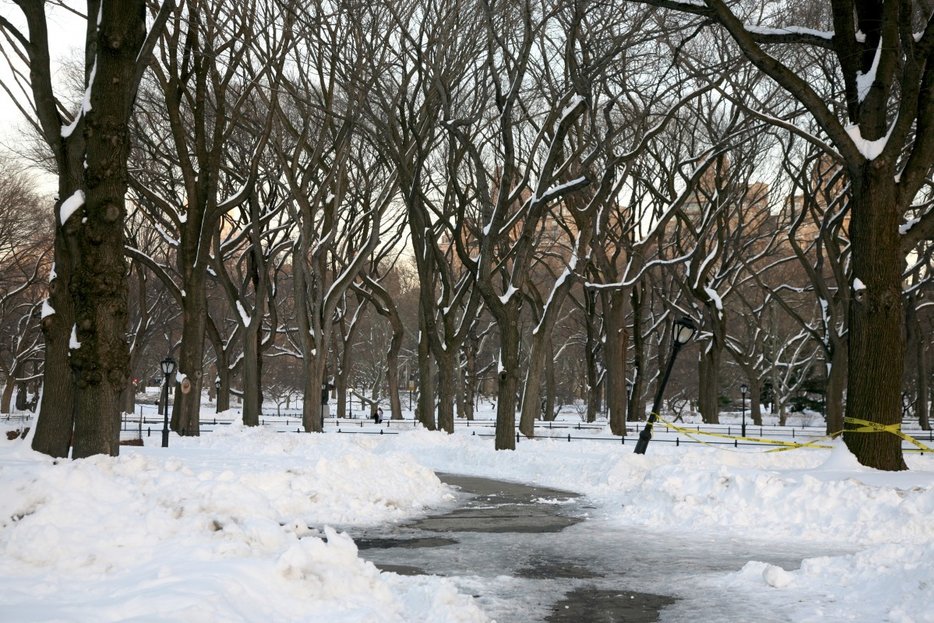 On a Saturday afternoon in March of 1993,  the snow starts  falling  in  clumps.  From the living room window, we watch umbrellas turn inside out.  The sky is the same color as the street:  charcoal burned white.

“They’re saying it could be the worst storm we’ve had in a century,” Mom says.

A brick of meat loaf roasts in the oven. Water bubbles on a burner. The sky cracks in half. A blue bolt aims at a skyscraper but misses. The dog whimpers and flattens into a black-and-white puddle on the floor. This is not her night.

We eat dinner with the newscasters. Gusts seventy to a hundred miles an hour … Evacuation plan.

When my father speaks, my mother shushes him and turns up the volume. He waves her off.  “I want to hear this,” she explains.

After dinner she asks “Who wants Tasti D-Lite?”  and all is forgiven. A frozen low-calorie dessert shop has opened on Lexington Avenue and now our freezer is packed with plastic tubs of an off-white chalk-like substance.

A piece of paper on the fridge reads Thin tastes better, the motto of a well-known Manhattan diet doctor my parents went to a few years back. Now they spray butter-flavored liquid on their toast and squirt fat-free blue cheese on their salad. They spoon cold white shavings into their bowls and call it dessert.

Life is what happens when you’re making plans reads another piece of paper buoyed by a magnetic pig in a chef’s hat.  The words are written in black felt-tip and traced over a second time, as if a mistake has been corrected.

After dinner, Dad is laid out on the sofa intermittently snoring and waking up to flip the channel. I am beside him on a love seat, waiting for that moment we were promised, when the lights quit, the TV goes dark, and the only people in the whole world are us.

Mom pads to the doorway in her slippers to say she’s going to bed. My father snorts alive, gives a drowsy good night, and goes back to sleep.

“I love you,” she says to me, which means be careful or goodbye, or in this case, good night.

“Mom?” I ask. “What does it feel like to love something?”

She is tired. This is not the kind of question someone should field right after she announces she’s going to bed, but she is used to living with me.

“You know how you feel about the dog?” she says, answering one impossible question with another.

When my parents fight, it’s about the dog. She is untrainable and leaves puddles around the apartment when everyone is away. Each one blames the other for her accidents. Someone didn’t walk her enough; someone was too lenient with punishment. My mother hired an animal therapist who said the dog understands what’s right and wrong, but suffers from anxiety. The fear of being bad when she’s left alone.

At a loss, my mother has been known to lock the guilty party in the hallway outside my bedroom in the hopes that solitary confinement is rehabilitative. She’ll close my door and warn me that under no circumstances …

On those nights, the dog will shove the black tip of her nose in the space underneath my doorway. A paw pokes through, feeling for an escape route.

When I let her in, she creeps into the room, and tucks herself, nose to tail, in a circle of shame on the floor. I pound the mattress, pleading with her to come up on the bed, to be bad, to understand that they’re wrong, not her. But she won’t budge.

She is waiting for someone more important than me to forgive her.

On a Saturday night in March, a cyclone banged on Gary Wilensky’s window and lit up his studio apartment in a spastic blue light. Snow spitballed in every direction, and thunder gave way to an achy, wind-borne moaning. Other families in other apartments huddled together behind windows, and those who lived alone watched them through a white veil.

The next day, ice clinked against window glass. The airports were closed. Ten inches of snow piled up in Central Park. Governor Mario Cuomo declared a state of emergency. Newscasters prattled on about the Storm of the Century and the Great Blizzard of ’93. All the shovels came out and the digging began.

Now it is Monday, and Gary Wilensky is getting himself a gun. Not a real gun, but a movie prop. Still, the one he rents from a shop that services set designers is a real .38 caliber revolver.  It’s just been modified to fire blanks.  The pistol is heavy in your hand, like a trophy.

Like that silver little Smith & Wesson Michael Douglas finds at his feet in Falling Down, a film that’s spent the past two weeks in the number one box office spot. Douglas’s character—an unemployed engineer with a flattop and Eisenhower glasses— blazes a warpath through the streets of Los Angeles, amassing an arsenal and taking out his frustrations over losing his job and family on anyone who interferes with his mission to attend his daughter’s birthday party.

“I’m the bad guy?” he asks the cop who catches up with him at the end of the movie. “How’d that happen?”

On Thursday, when the snow has turned to cliffs of yellow ice along the sidewalks, Gary makes his way to his therapist’s appointment.

He’d begun treatment shortly after he was fired by the Mother. Maybe he thought if he got help, he could wipe clean his past and all would be forgiven. It had worked once before, but that was long ago. Anyway, he’s of another mind-set now.

Today, in his therapist’s office, he has news: He’s done with treatment. He’s going to try something else.

A few days later, Gary has changed his mind.  He needs a real gun.  So he drives an hour east to Farmingdale, Long Island.  While it’s gotten harder to purchase a gun in the city, between stringent permit requirements and the prior year’s ban on assault rifles, there are still loopholes to the law if you drive out of Mayor Dinkins’s purview in any one direction.  There’s talk of the Brady Bill, but that doesn’t concern Gary. He’ll be long gone by the time it’s passed.

Right now, what matters is directly in front of him—the Long Island Expressway and the choices that lay ahead. Remingtons, Colts, Smith & Wesson. And real ammo. No blanks.

He is a different man than he was only two months ago at the awards ceremony.  If his mood was leaden then, now it is jet-fueled.

And if he passes exit 37 and sees the exit sign for Roslyn, there’s a version of Gary Wilensky who might blaze out the window, over the loose, shimmying trees and back into his old high school gym, where “Long Tall Sally” would clatter as he twirled his dance partner, all sweaty-palmed and buzzing, pulling her close to his chest and tilting her over the dance floor.

American Outdoor Sports is an emporium of weapons: pump action, single shot, bolt action, semis, slugs, choke tubes—even fixed blade knives and spear points. But it’s the Cobra 9mm semiautomatic carbine that hooks him.  In February, the New York Times Magazine had a feature on street guns and the benefits of a 9mm semi, which is lighter than a revolver and easier to handle. But the standout feature of a weapon like this particular Cobray is the way it looks. It’s long, T-shaped, and bulky—a little bit Scarface, a little bit Robocop. They call them “ugly guns” on the street because of how absurdly large they are compared to pistols.

It looks just like the “ugly gun” Michael Douglas whips out in Falling Down, when he demands the manager of the burger chain serve him breakfast during lunch hours. “Ever heard the expression ‘the customer is always right’?”

Sold. Gary will be back in two weeks for a shotgun.

In the meantime, there is more to buy. Disguises—a fake mustache, a pile of wigs. Copper red, medium brown, sandy blond, and one wig that’s grandma gray with tight little roller curls.  Somewhere along the way he picks up a white rubber mask—the kind a horror-movie villain would wear to hide his charred and pulpy face.

Even on its own, laid out on the floor, without a human face behind it, it is the boogeyman, shaking awake that dormant fear from childhood of the faceless man—who, up close, looks as if he’s standing far away, his expression unreadable.  A masked man who wants something, but what?

From YOU ALL GROW UP AND LEAVE ME, a memoir by Piper Weiss about a privileged 14-year-old girl in ‘90s Manhattan and her tennis coach, Gary Wilensky, who tried to abduct one of his students. Released by William Morrow/HarperCollins on April 10. Copyright © 2018 by Piper Weiss. Reprinted by permission of William Morrow, an imprint of HarperCollins Publishers.

Piper Weiss is a writer and editor who lives in Brooklyn. Her memoir, You All Grow Up and Leave Me, will be published by HarperCollins in 2018. 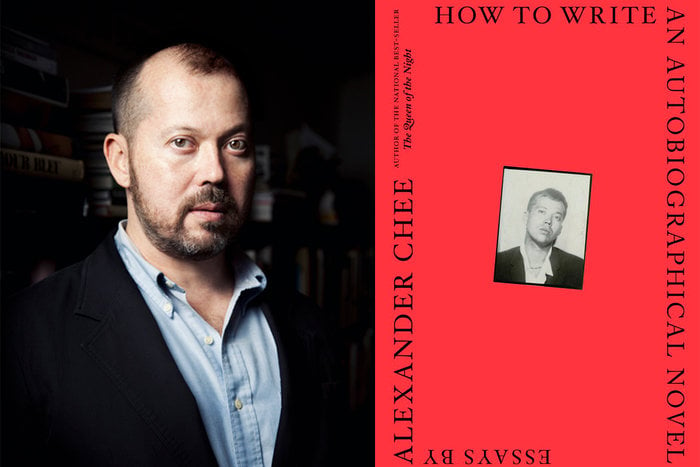 Interview
‘Talent, In Some Ways, Is a Little Bit of a Thief’: An Interview with Alexander Chee
The author of How to Write an Autobiographical Novel on reading Tarot cards, working with traumatic material and why… 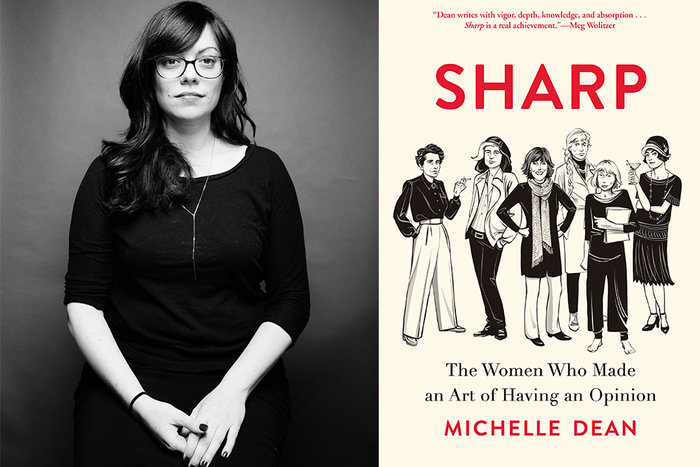 Interview
‘People Have Connections That You Wouldn’t Dream Of’: An Interview with Michelle Dean
The author of Sharp: The Women Who Made an Art of Having an Opinion on illusions about the lives of working writers,…