Whether writing fiction, non-fiction, or something in between, Dyer manages to make the implausible possible. A few recent releases—two reissued novels and a new work of journalism—show the author at three distinct yet complementary apexes. 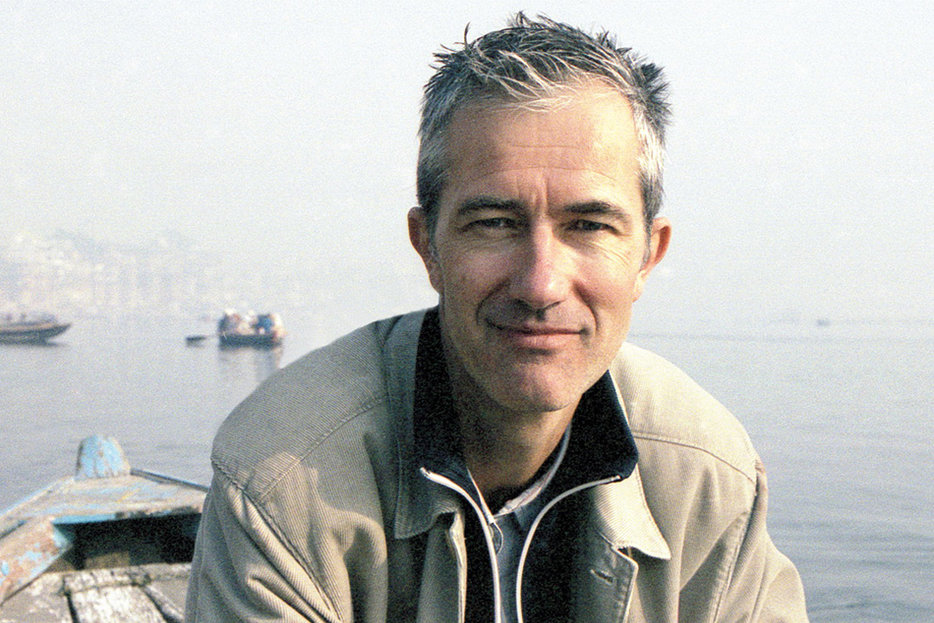 Getting at the heart of what makes Geoff Dyer unique is a difficult task. For his admirers, a new book by Dyer is cause for celebration; quantifying why that celebration is justified can leave many of those admirers tongue-tied. Some of the appeal of Dyer’s work clearly comes from his own persona as tour guide—a self-taught tour guide who occasionally writes about subjects where he has no formal training, with charm—but it would be inaccurate to point to this as the absolute center of his appeal.

As a writer, Dyer makes the implausible possible, and does so deftly. Some of his books take as their subject artistic disciplines, such as jazz or photography, on a wide scale. Other narratives open along seemingly familiar lines—a trip to the Venice Biennale; the life of D.H. Lawrence—before folding in on themselves and moving towards moments of unlikely revelation. Consider Dyer as a writer constantly rewriting his own rules; in a recent interview with The Paris Review, he argued with said interview’s classification as part of the Art of Nonfiction series. To accept this, he argued, “would be to accept a distinction that’s not sustainable. Fiction, nonfiction—the two are bleeding into each other all the time.” Dyer has himself contributed to that bleeding. Perhaps that’s the source of some of the attraction to his work: the sense that you’re in the presence of someone actively experimenting with the stuff of narrative, and finding new ways to be compelling.

Much of his work lives in dialogue with itself. The Ongoing Moment, a look at photography in the 20th century, ultimately invokes a series of motifs (including something as seemingly trivial as men’s hats) occurring across time and geography, a juxtaposition that helps the book accumulate its considerable power. It’s through connections between the works of unrelated photographers that Dyer summons up these moments of revelation, of revealing a kind of structure where before there was nothing. In that observation of forms in the distance, faceless and looming, you might feel a connection to his World War I book, The Missing of the Somme, and his treatment of monuments: the position of the soldiers depicted there, their own body language, their gestures—the memorial as constant presence, and the way that constant presence can silently weight on a society.

“A couple of years ago,” Dyer writes in the introduction to Graywolf’s edition of The Colour of Memory, “I said somewhere that ‘I like to write stuff that is only an inch from life—but all the art is in that inch. The importance of that inch—and the fun to be had within it—first made itself apparent in these pages.”

Dyer is best known for his nonfiction; in fact, until recently, two of his four novels had not even been released in the U.S. The two that were readily available, Paris Trance and Jeff in Venice, Death in Varanasi, were realistic in tone, and followed the adventures of central characters not unlike Dyer himself: bohemian, creative, and highly observant. The latter in particular is subtly adventurous in its structure: its first half follows a writer covering the Venice Biennale as he embarks on an affair, takes in art, and engages in borderline-decadent behavior. The second half, though, follows an unnamed narrator—probably Jeff, but possibly not—as he loses himself in relative isolation in India. The radical differences in tone between the novel’s two halves makes for a surprisingly jarring read, the inherent ambiguity in the narrative adding up to one of the high points of Dyer’s career.

The two novels Graywolf Press has reissued—The Colour of Memory and The Search—come on the heels of a new work of nonfiction, Another Great Day at Sea: Life Aboard the USS George H.W. Bush. They’re a fitting trio—each book illustrating Dyer’s style at distinct apexes. The Colour of Memory is a deeply realistic novel about a group of friends in Thatcher-era England—working a series of dead-end jobs, falling in and out of relationships, and contending with the expected anxieties of the time. In an introduction to this edition (both it and The Search have been edited somewhat by Dyer), the author notes that it began as a work of nonfiction and gradually evolved into something else. Another Great Day at Sea, meanwhile, finds Dyer in reportorial mode, documenting daily routines on board an aircraft carrier. Though he has written about the military before, Dyer’s interest here is more in the relative isolation of the men and women on the carrier, and the society they comprise.

The relatively unstructured The Colour of Memory is Dyer at his most (intentionally) formless; Another Great Day at Sea, focusing on the handful of days Dyer spent on board the ship, has a built-in structure—arguably the most rigid one Dyer has worked within. The Search, however, is entirely different: in an afterword to this edition, Dyer quips that he “tend[s] to forget about” it, given its variation from his other three novels. It begins in detective-novel territory, and gradually becomes something much more surreal: it’s like nothing else Dyer has done, and yet, in that very surrealism and fondness for chance, omens, and signifiers, it both suggests an alternate history of Dyer’s body of work and offers up alternate readings of several of his books.

“A couple of years ago,” Dyer writes in the introduction to Graywolf’s edition of The Colour of Memory, “I said somewhere that ‘I like to write stuff that is only an inch from life—but all the art is in that inch. The importance of that inch—and the fun to be had within it—first made itself apparent in these pages.” While that novel’s narrator shares Dyer’s tendency for observation and fondness for the author Italo Calvino, he also contains features that Dyer does not: a sister, for one, who shows up periodically in the lives of the narrator and his friends to suggest the fuller city outside of the confines of their Brixton neighbourhood.

Finding a narrative arc here is nearly impossible. The group of friends the reader meets as the novel opens does evolve over the course of the book, but we aren’t necessarily in a land of Waughian grotesques here. There is, however, some deft verbal comedy at work. Early in the novel, the narrator shares a joint at a party with a character named Mary. What begins as a discussion of the narrator’s sexuality soon moves into progressively more absurdist territory:

‘D’you ever hug your friends?’ (Talking with Mary, I quite often had the impression that I was being vetted for membership of some obscure new mens’ group.)

‘What if one of them needed comforting?’

‘Comforting and hugging aren’t the same thing. Personally, I’ve never taken much comfort from being hugged.’

In contrast to Another Fine Day at Sea, with its set number of days and isolated space, The Colour of Memory sprawls. But in that sprawl, and the compelling way in which Dyer navigates it, you see the genesis for the unorthodox plotting of later works like Jeff in Venice, Death in Varanasi and Out of Sheer Rage. The experience is not unlike watching Robert Altman’s M*A*S*H for the first time after seeing some of his work from later in his career: the elements of the style are all there, albeit in a much more raw form.

As that style has evolved, its permutations have allowed Dyer the ability to focus on a host of disparate topics. But Beautiful is his study of jazz—though rather than take a traditional journalistic or research-based approach, he approaches his subjects as the central figures in fictionalized vignettes; as he puts it in an afterword, it’s a literary version of improvisation. Jeff in Venice, Death in Varanasi begins as a deeply realistic work and gradually becomes looser and looser, ending on an image that’s both blissfully surreal and deeply ominous. Even The Ongoing Moment transforms in its final pages, becoming less about a photographic aesthetic than a sort of narrative of the cultural unconscious—a meditation on the ways art can reveal the anxieties and suppressed mourning of a society.

The Search, however, first published in 1993, stands as his most overly surreal work. Maybe the Fernando Pessoa quote that serves as one of its epigraphs is an indication of what’s to come, evoking both travel and hinting at a certain ambiguity in the narration. The fact that one of the settings is borrowed from Calvino’s Invisible Cities (from which a character reads in The Colour of Memory) is also suggestive of the fictional terrain Dyer is wandering here. It begins in archetypal fashion, with detective meeting client: in this case, the latter is Rachel, a woman seeking her lost husband, Malory. Our protagonist is Walker, a onetime “tracker,” more of a title than a job description, as well as the first sign that this world is somehow askew from our own. “Tracking,” as a profession, seems somewhere between detective and bounty hunter; it’s been outlawed sometime in the recent past, and Walker habitually denies it’s an activity in which he is engaged, even though he very clearly is.

Walker’s search for Rachel’s estranged husband leads him from a recognizable city, abounding with swank parties and fitness regimes and jogs on the beach, to cities with names such as Meridian, Friendship, and Ascension. For all that the fictional geography spirals progressively deeper into surrealism, there are tenuous ties to the recognizable: a reference to London in the 19th century, for instance. But for Walker, this pursuit becomes its own landscape. “Only one way they can head,” Walker is told when seeking his quarry—a quote that seems to belie the existence of a return trip.

Late in the novel, Walker meets an experimental filmmaker named Marek, whose project may contain footage of Malory. The exchange that follows is emblematic of the novel, a kind of noir driven by an Oblique Strategies mindset:

Walker smiled. ‘I am looking for a man named Malory. I believe he was in the city on 9 April, on the day of your filming.’

‘That is a coincidence.’

‘The more I think about that word the less sure I am of what it means. I sometimes think it means the opposite of what it’s meant to,’ said Walker.

The Search is an ultimately haunting balancing act, its blend of pared-down narrative and ornate locations, conspiracies and chance, coming together in a hauntingly paralleled gesture. It, too, can be seen as a kind of prelude to what would come next for Dyer—a reminder of the narrative power that can arise when tearing apart the laws of a fictional world. 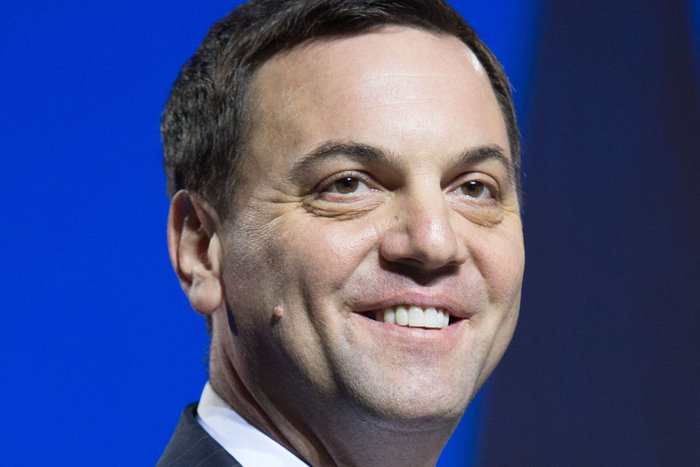 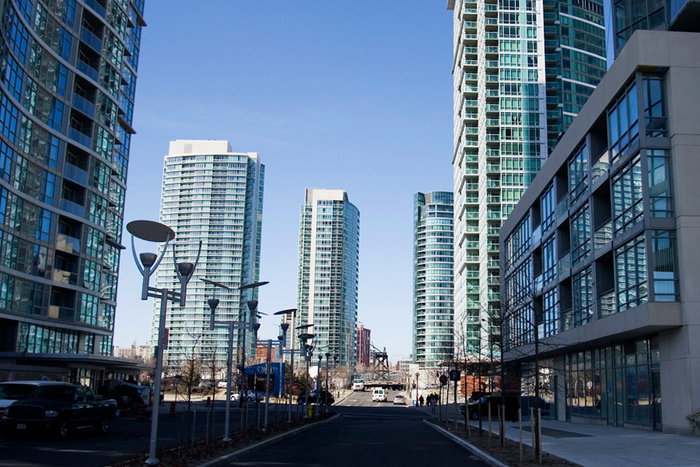