On Leonora Carrington, B. Catling, and the alternate, revealing visions of the world that can emerge when artists explore multiple disciplines. 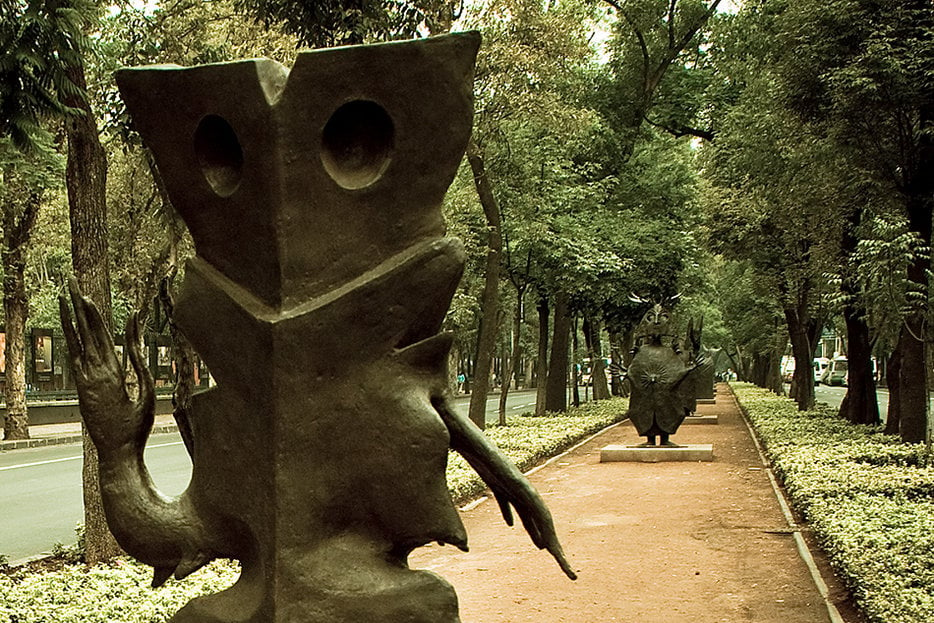 We live in a multidisciplinary era. Kanye West sells out arenas and designs fashion; Bob Dylan makes acclaimed albums and takes home the Nobel Prize for Literature. Some figures pursue multiple creative disciplines in tandem: as readers of her memoir Just Kids can attest, Patti Smith’s beginnings as both a poet and songwriter were inexorably intertwined. A recent article on Hyperallergic about Agnès Varda noted that “[i]n the last 15 years, Varda has embraced the label of visual artist rather than the more specific filmmaker.” Others take on new challenges later in life. In the mid-1990s, visual artists Robert Longo, David Salle, and Julian Schnabel all delved into the world of filmmaking, with mixed results: Schnabel has continued to make films to general acclaim, while Longo’s first feature film, the William Gibson adaptation Johnny Mnemonic, has also been his only feature film to date.

The visual artists who have made the foray into prose appear fewer in number, but their work remains fascinating, both in terms of how it dovetails (or not) with their work in other mediums and how it is received by larger audiences. There’s a question of accessibility: art can have an inherent sort of exclusivity, where a specific work may end up in a museum, a gallery, or a permanent collection. A book, on the other hand, is more democratic: for fifteen dollars or so you can own a new trade paperback; for less than that, you can purchase an electronic edition; and your local library may well have a few copies on hand as well.

Leonora Carrington is one figure whose work spans the rarefied strata of 20th-century fine art and compellingly surreal fiction. Carrington was a Surrealist artist with an extensive career: she died in her nineties, and was making work constantly for most of her life. In the obituary that ran in the New York Times after her death in 2011, the focus was on her paintings and sculptures, while her work in prose was primarily confined to a short paragraph at the end:

“Ms. Carrington wrote short stories and novels in the same Surrealist vein as her artwork. In 1988, Dutton published The House of Fear: Notes From Down Below, an anthology of her work, and The Seventh Horse and Other Tales.”

The Metropolitan Museum of Art has several of Carrington’s works in their collection. Only one is on display, though the museum’s website lists all of them as not being on view. Meanwhile, there’s a copy of her cult novel The Hearing Trumpet on a shelf fifteen feet behind me, and copies of new editions of two of her books on the desk to my side: the short memoir Down Below (from NYRB Classics, which also released a Carrington work for children, The Milk of Dreams, earlier this year) and The Complete Stories of Leonora Carrington, published this spring by Dorothy, a Publishing Project, which contains stories that first appeared in The House of Fear: Notes From Down Below and The Seventh Horse and Other Tales. It’s a welcome moment in literary rescues—when I was researching this article on Carrington’s prose several years ago, nearly all of her books save The Hearing Trumpet were out of print, with the price of used editions out of the realm of the casual reader. (Research was conducted in the reading room of the New York Public Library, each edition taken from the non-circulating collection.)

Having these books out in the world provides a wider picture of Carrington as a writer. The Hearing Trumpet is a terrific and charming read about an elderly woman whose family places her in a home for the aged. There, she discovers the existence of occult rituals taking place on the premises, which in turn has wide-ranging and transformative effects. It’s a fine book,11It’s also bolstered by Carrington’s illustrations—another way in which her art and prose converged. Carrington also contributed illustrations to her friend Elena Poniatowska’s Lilus Kikus and Other Stories; in 2011, Poniatowska published the novel Leonora, a fictionalized version of Carrington’s life. but it’s only part of her overall body of work. And, perhaps, Carrington’s work being released now will open it up to a warmer critical reception than when it was first published. Kirkus’s review of Carrington’s 1977 novel The Stone Door isn’t exactly glowing. Its first sentence: “A surreal fantasy of exasperating self-importance, only occasionally redeemed by a flash of wit or pungency.” (I happen to disagree with this assessment.)

That said, Carrington’s work has had highly respected champions over the years: critically acclaimed writers Porochista Khakpour and Ben Marcus22Marcus’s allusion to Carrington in his introduction to a recent edition of David Ohle’s Motorman was what piqued my interest in her writing, in fact. have cited her prose in their nonfiction, and Ann and Jeff VanderMeer included Carrington’s story “White Rabbits” in their mammoth 2012 anthology of surreal and strange fiction, The Weird. In a 2012 piece for The Guardian, Björk spoke admiringly about The Hearing Trumpet, praising “its freedom, its humour and how it invents its own laws.” Some of those devotees of Carrington’s work have had a hand in the new editions of her work out in the world now. The introduction to Carrington’s Collected Stories comes from Kathryn Davis, author of numerous acclaimed works of surreal and unsettling fiction, while Marina Warner, known for her scholarly work on religion and mythology, supplied the introduction to the new edition of Down Below.

This new availability of Carrington’s prose also grants us the full measure of all of her creative works as they relate to one another. In the story “Uncle Sam Carrington,” the narrator recalls a moment from her childhood when she became lost in the woods one night and witnessed an unsettling sight: two cabbages engaged in a fight to the death. She wonders if she’s in a nightmare, but then remembers that she’s still awake. And then she has a curious encounter: “Walking along I met a friend. It was the horse who, years later, was to play an important part in my life.” In the context of her fiction, where animals frequently adopt human characteristics and weird moments collide with the mundane, this doesn’t seem so strange. The protagonist of “The Debutante” befriends a hyena, who takes her place at a dinner table, for instance. But in light of Carrington’s artwork, which frequently featured horses as a motif, “Uncle Sam Carrington” takes on another wrinkle: if we take the first-person narrator to be a young version of Carrington herself, then this becomes something bolder: the artist writing her own origin story, and giving her own early years an added layer of mythology.

A different sort of mythology emerges from the work of Brian Catling, who writes as B. Catling. He’s a sculptor and performance artist, but he’s also known for his sprawling, surreal novels The Vorrh and its new sequel, The Erstwhile. Both novels are largely set in the early twentieth century, blend real and imagined characters, and engage with everything from the legacy of imperialism to the nature of conflict to the juxtaposition of futuristic technology and primeval landscapes. It’s heady stuff that eludes any sort of classification: in The Erstwhile, Catling writes movingly about the aftermath of the First World War, but also throws mysterious angelic figures into the mix, while The Vorrh throws body horror, strange organic weaponry, and archaic robots into the mix. Both books feel like a distillation of a particular set of interests—histories political and cultural, phantasmagoric figures, the nature of humanity—cast onto the page with an abundance of thrills and tension.

At the center of these books is a figure known as Ishmael, who begins The Vorrh as a cyclops and, by the time of The Erstwhile, has had his body altered into a more conventional form. The cyclops is a figure that’s recurred in Catling’s art as well: the description of a 2008 exhibit of his work invokes the presence of “Cyclopic figures,” and states that “[t]hese portraits of what should be monsters, possess a strange beauty and sympathy.” And given that The Vorrh and The Erstwhile include characters both human and supernatural, that statement can and does seem to be applicable to his prose as well.

Catling was born in 1948, and at first glance seems to fall into the category of an artist who seeks out a new discipline late in his career. From reading conversations with him, however, this seems not perfectly accurate. In an interview with Ryan Britt for Electric Literature, Catling acknowledged that he was coming to writing somewhat late in life, but in his case, he didn’t lack for inspiration—instead, technological advances helped him with his work. “I’m dyslexic … the words flow, but not always in a way that people would recognize,” he told Britt. “The laptop was the first mechanism that I could take with me and that helped.”

The example of Leonora Carrington allows readers and viewers to examine one person’s complete works in a number of disciplines. In the case of Catling, he’s continued working on fine art and prose in parallel. In a 2015 interview with SF Signal, Catling was asked about the relationship between his fiction and the work he’s done in other artistic disciplines. His answer was revealing:

“The writing of fiction wiped away the video work, because it was direct and had a kindred narrative potency. It hushed the poetry because it drank deeply from the same blood of mystery and enigma. The sculpture and performance work evolved sideways, so that my obsession with making things and bringing them to life was not compromised by description and the need to explain.”

Catling and Carrington may be two of the most visible examples of late of people who have created both compelling art and written work, but they’re certainly not alone: a recent exhibit of work by Sylvia Plath delved into her forays into visual art, and Édouard Levé’s work in photography and prose often overlapped, too. The way that visual art and prose that emerge from the same mind can wrap around each another, their thematic concerns intersecting and their central imagery overlapping, and the subsequent deeper readings of each this allows, can make a powerful impact. There are alternate ways of seeing the world, alternate means by which concepts travel through someone’s mind and onto a canvas or a page. In finding how they differ and converge, they offer us a glimpse into an artist’s mind, leaving us with a more substantial sense of something larger, and revealing the potential ways through which heady concepts and grand themes can be translated into a host of artistic forms. 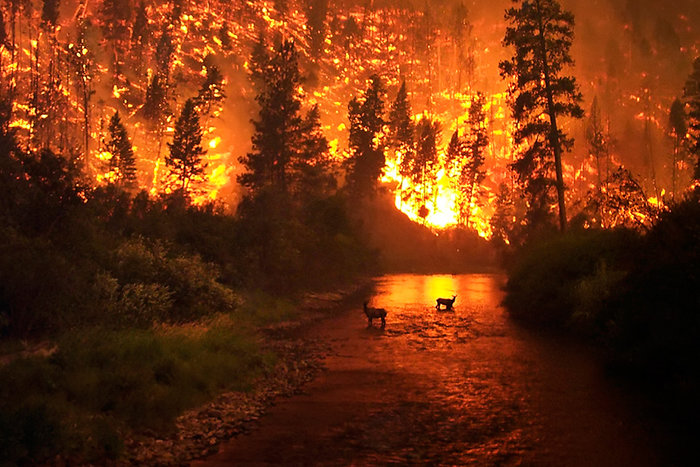 Nature
Burn Me Like a Forest Fire
I wonder if the trees are screaming. I wonder where the birds go. I wonder how anything could ever escape the inferno… 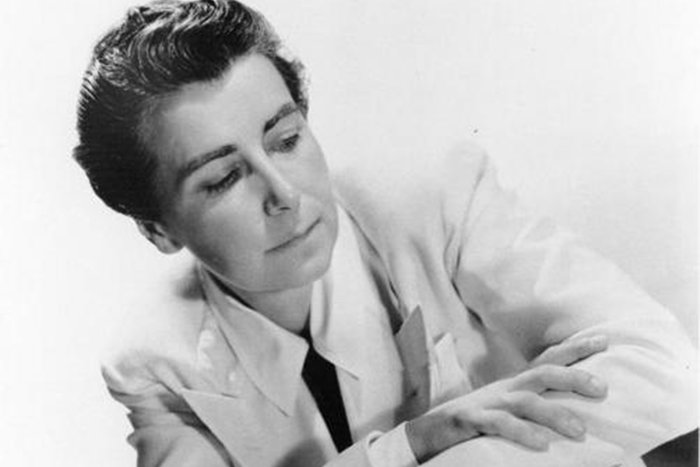 Film
An Efficient System of Exploitation
Despite filming her last feature in the ’40s, Dorothy Arzner remains Hollywood’s most prolific female…

'There’s So Much Harm That Can Come From Love': An Interview with Brenda Peynado
Ilana Masad
Rothko at the Inauguration
Richard Warnica