The Canadian government will soon offer financial incentives for those who snitch on underground business owners. But as Sudhir Venkatesh’s new book makes clear, under-the-table organizations and workers can be the lifeblood of their communities.

Photo by Simon Speed via Wikimedia

“The economy” is not the whole economy. “The economy” is made up of things like GDP, unemployment rates, and direct deposit paycheques, whereas the economy includes things like barter, illegal work, and cash under the table. In Sudhir Venkatesh’s new book, Floating City: A Rogue Sociologist Lost and Found in New York’s Underground Economy, he writes, “according to some economists, the underground economy likely represents somewhere between 20 and 40 percent of an urban economy.”

Floating City is an exploration of the relationship between these “illegitimate” enterprises and mainstream money matters, and Venkatesh finds that for many, especially recent immigrants, the shadow economy is a stepping stone to legal work, or that the two go hand in hand. He spends a few months hanging around an adult video store run by an Indian clerk, Manjun, with a back room where a sex worker, Angela, brings her clients, and concludes that there is a symbiotic relationship between the legal and the illegal work that go on in the store: “The money she brought in helped keep the legal business alive, and the legal business gave her a refuge for conducting her illegal business. There was no clear line between underground and aboveground.”

The Canadian Revenue Agency reports that much of Canada’s underground economy is centred on the retail, hospitality, and construction industries, and the agency’s position is more black and white than Venkatesh’s: over the most recent five-year period, the CRA’s Criminal Investigations Program has convicted 1,410 individuals for evading a total of $196 million in federal taxes. If the shadow economy is a plant that grows in the sidewalk cracks of the taxable world, the CRA wants your help spraying herbicide. “The UE hurts everyone,” their website says. “In every community, there are honest business owners who are contributing to their neighbourhoods: creating employment, making investments in local economies, and supporting community activities such as sports teams. Participating in the UE hurts them and, in turn, hurts the community. It robs the tax base of needed funds for schools, hospitals, and more. Don’t do it!”

In fact, the federal government announced in their 2013 budget that they would soon be initiating a program to pay snitches who turn tax evaders. Canada has long had an Informant Leads Program—a snitch line, which sees about 25,000 tips annually—but up until now, you’ve been expected to squeal for the good of your country. Their FAQ page features this sunny exchange: What benefit do I get for reporting this tax fraud? “You are helping to ensure that all taxpayers are paying their fair share of taxes and this benefits all Canadians.” The new reward will be up to 15 percent for cases that result in $100,000 or more in taxes being recovered.

The program, Stop International Tax Evasion, isn’t out to get babysitters, housecleaners, and drywallers, per se—its targets are major business owners hiding money in offshore bank accounts. But it’s worth wondering whether a culture of snitching is something we want to cultivate in this country. While the U.S. has been paying tax snitches since 1867, IRS proceedings show senators’ disdain for the practice: in 1998, Senator Reid suggested eliminating the Whistleblowers Program because it’s “just wrong” to pay people to tattle, and in 2011 Senator Grassley compared tax snitches to “skunks at a picnic.” A 2012 article in the Virginia Tax Review finds that “Anecdotal evidence suggests that the Service often receives tips after a relationship has gone bad, be it a familial, romantic, or business relationship.” In other words, ex-wives and pissed-off brothers-in-law can avenge wrongs by siccing the taxman on you.

The way the very rich and the very poor are united in tax evasion seems to confirm Venkatesh’s thesis that what constitutes “legitimate” economic activity tells us very little about what actually makes a society run. Indeed, the illegal activities of the poor may contribute more to the economy than the more socially acceptable illegal activities of the rich. Floating City is full of examples of how the underground economy runs on reciprocation—sex workers get health care from doctors who accept under the table payments, they patronize local hair salons at a discount, the wives of their pimps babysit their children. Successful drug dealers double as banks for small-business loans. Venkatesh follows one Harlem-based dealer called Shine, and describes the impressive variety of his entrepreneurial ventures: “a chop shop in the Bronx, a small pushcart business with two street vendors selling fried chicken and rice, a five-thousand-dollar investment in his uncle’s hatmaking business…a shop where one of his aunts told fortunes with tarot cards. He was helping three neighbours start an underground business refurbishing old television sets.”

A 1993 manual for statisticians who wish to calculate the size of the underground economy—or, as the guide prefers to call it, the non-observed economy—says, “in many countries, especially developing ones, a large number of persons are involved in informal sector production, which has a very significant role in employment creation, income generation and poverty reduction.” Trying to clamp down on unregulated businesses may only take away the livelihoods of populations that are already vulnerable.

All the people Venkatesh interviews who survive in the underground economy seem highly invested in their communities. Shine repeatedly says that he feels like what he does helps people—it helps the drug runners he employs, who are often young and out of work. The sex workers also talk about the helping aspect of their profession; Venkatesh describes how the employees of one strip club take care of an ailing long-time patron, noting, “several of the sex workers made sure his fridge was filled with sandwiches and his bathroom had toilet paper.” He adds that sex itself was no longer part of the equation most of the time, since the old man mostly just wanted to talk—“many prostitutes may deserve their claim to being lay therapists.”

People who take care of one another in this way aren’t quite the parasites the CRA seems to be describing on their website, nor do they act like the big business owners who squirrel away their riches in foreign bank accounts; in any given city, the sex workers and drug dealers probably like schools, hospitals, and sports teams as much as the web developers and cupcake purveyors do. This April, a spokeswoman from the CRA helpfully informed the CBC that there is “a spot on the tax form called ‘Other’ where proceeds from crime can be reported.” We may need to offer financial incentives to snitch on the rich; it’s possible that to bring to light the shadow income of the poor and middle-class, we need to offer acceptance. 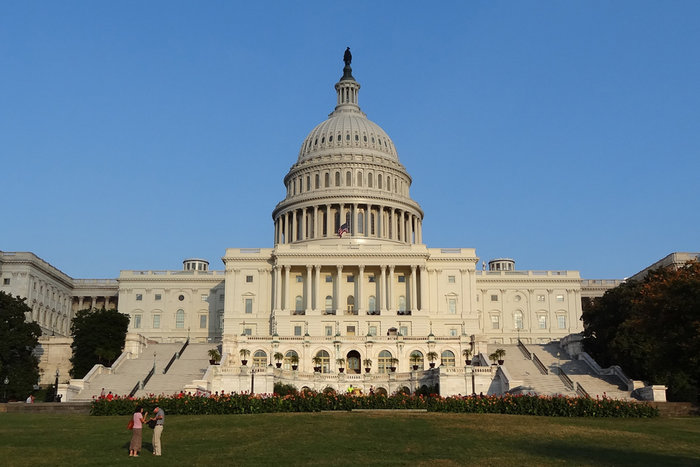 Politics
How the Tea Party is Breaking American Power

'You Have to Be Slightly Uncomfortable to Walk Down the Street and Notice Things': An Interview with Sloane Crosley
Kelli Korducki
Chasing Ghost Signs
Jessica Furseth