Louis CK’s honest depiction of divorce and single fatherhood on the FX series Louie is poignant and, frankly, a rarity on TV. 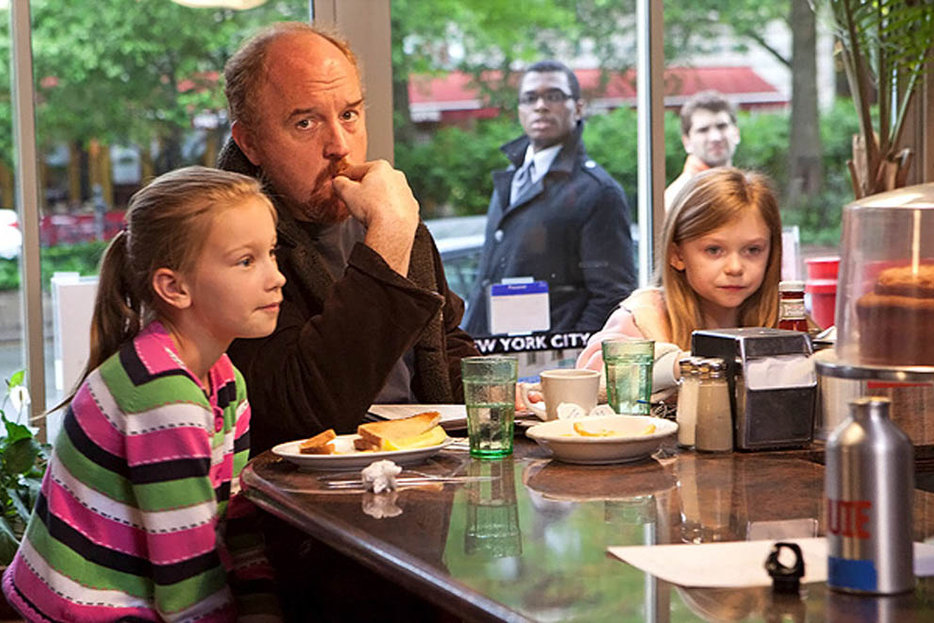 While my friends reveled in the glorious violence of G.I. Joe and Transformers, I pretended to enjoy the hectoring boots of Read Along or the infantile masquerade of the Polka Dot Door. Sesame Street and Square One (especially the “Mathnet” sequences) were highlights. On the low, low end were shows like Parlez-Moi, a series of French instructional vignettes featuring a degenerate hobo-clown named Sol, and something called Dear Aunt Agnes, which I’d later recognize as a Canadian (i.e. shitty) hybrid of Mama’s Family and The Nanny, kind of.

Then, in 1988, my mom and dad separated, and all bets were off. In a battle to entice us to their respective homes, my parents’ rules around TV slackened. My dad got rabbit ears. My mom signed up for basic cable. My dad came home one night with a THIRTY-TWO INCH SONY BIGSCREEN. My mom installed a box, which included First Choice Superchannel, on which there were sometimes boobs. And so a world of readymade mediocrity spread out before us like a Mandarin All-You-Can-Eat buffet.

Instead of playing outside or reading after school, my sisters and I now stationed ourselves inches from the tube until whichever parent we were staying with (dad: Monday to Wednesday morning; mom: the rest of the week; alternate weekends) came home from work. Never a TV-watcher herself, and feeling little alienated, maybe, or just curious, my mom declared ABC’s TGIF a weekly family event. In 1989 this comprised Full House, Family Matters and Perfect Strangers, and we watched every humourless second in a glazed stupor—happy, or at least subdued.

And yet. At last we were getting our popular TV fix, but the sitcom families struck me as false, or at least foreign. They were either nuclear Huxtables or eccentrically spliced together, as in the uncomfortably homosocial My Two Dads and the comfortable miscegenation of Webster. Single-parent households usually relied on a dead mom (Blossom) or an estranged alien patriarch whose soul lived in a luminescent prism (Out of This World). Nowhere did I see kids like me and my sisters, who shuttled back and forth between our parents’ houses like latchkeyed gypsies.

Two decades later, little has changed. While Anne Trubek declared in Slate that “divorced mothers on television are so ubiquitous […] they are unremarkable,” more often than not, these single moms are raising kids on their own. On The New Adventures of Old Christine (2005-10), Julia Louis-Dreyfus’s character occasionally handed off her son to an irresponsible ex-husband, but mainly she was going it alone. There’s a separation on Breaking Bad, but it’s more fallout from Walter’s methscapades than a focus of the show, and Skylar retains custody. And on Modern Family, an ostensible trailblazer of domestic diversity, paternal absenteeism is played mostly for laughs.

My experience of growing up, as was the case of most kids from “broken homes,” was not so singular; I had two lives—one with each parent. Excepting The Wire, which seemed to miraculously cover every possible thing that might happen to a human being in America, and featured no less than three couples with shared parenting responsibilities, there are still few shows that represent the specifically schismatic experience of joint custody.

Louis CK’s FX series, which just wrapped its third season, is unique in its focus on the struggles of co-parenthood. (It’s unique for lots of other reasons, too: its brutal honesty, erratic structure, almost laconic surrealism, and how amid a discussion about punching toddlers in the face, Louis/Louie still comes across as a great dad.) Since the show seldom adopts a perspective apart from its star’s, we’re forced to imagine his kids’ time with their mom. When they’re absent from scenes—most obvious in, say, anal sex conversations with poker buddies—we get a sense of their dad’s bisected life: as was true of my experience growing up, so too does Louie’s single fatherhood result in a split identity.

Some of the series’ most poignant moments occur when these worlds overlap and open a sort of liminal space in between. In the eighth episode, Louie drops Lily and Jane off at their mom’s—who, until Season Three, exists only as a voice off-screen, and whose ghostliness speaks to the girls’ other life, the life apart from their father. And it’s a life, as the kids disappear inside and the door closes, that settles, in a haze of Haagen-Dazs hangovers and bong-hits and purposelessness, over their wretched, abandoned dad. “When they’re not with me I just get depressed,” Louie tells his brother. “I tend to fall into a spiral of awfulness.”

Louie returns home to an apartment that perfectly embodies his two selves: half bachelor pad, half daddy daycare, with sleek modern fittings abutting easels slathered with his daughters’ artwork. Two seasons later, the theme is picked up again when Janet, the now-named and incarnate ex-wife, takes the kids away for the Christmas holidays. Again Louie spirals into immediate separation anxiety—“Can you have them call me, maybe send me pictures?”—though, instead of falling down a self-destructive rabbit hole, this time he flees to China in search of a scene from one of Jane’s picture books.

Kids whose parents split up can be forced to negotiate often contrasting halves of themselves without a model. My parents are intensely opposite people, but since I can’t recall how they ever worked out their differences, I’ve been forced to figure out on my own how, say, my natural egoism (dad) contradicts an equal instinct toward modesty (mom). At its worst, this has provoked neurotic attempts at compensation, rather than acceptance that my personality incorporates conflicting impulses.

It can be difficult for young people to be abandoned with their own internally warring selves, but it’s doubly isolating not to see representations of similar experiences on television. I think this might be true of adults too. Of course, TV shouldn’t be therapy, and anyone looking to it to solve their problems is deluded and beyond even the mystical powers of Dr. Phil. But these days, with its glut of special interest channels and demographically targeted programming, TV can be comprehensive. It just stuns me that we don’t see a few more joint custody arrangements on primetime.

There’s an intensity, even necessity, with which Louis CK examines his own life (or at least some caricaturized version of it) both in his stand-up and on his show. Louie seems to fill a TV void for its creator as much as it does for its slavish audience, and feels often like a reaction against the formulaic vacuity of the traditional sitcom. As the show proves, exploring those situations and issues other shows won’t touch makes for incredibly fertile dramatic territory—be it a hapless single dad buying a dog from sheer loneliness, or that same dog’s bloated corpse being carted away just as his girls arrive back in his arms. 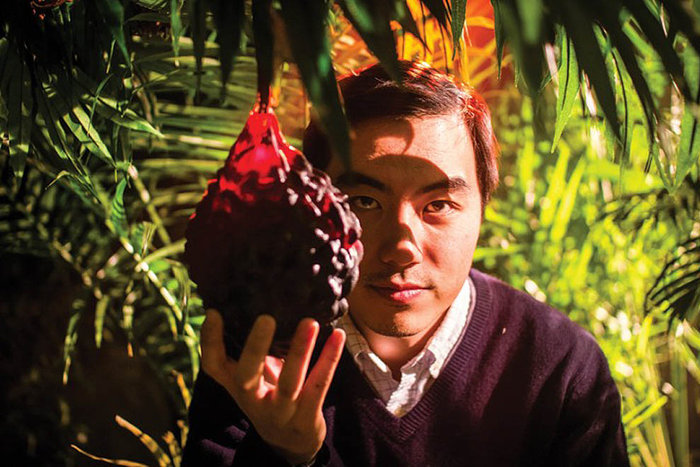 Film
The People Who Are Obsessed with Fruit
Yung Chang’s newest documentary, The Fruit Hunters—based on a book by Adam Leith Gollner—explores the crazy,…