The People Who Are Obsessed with Fruit 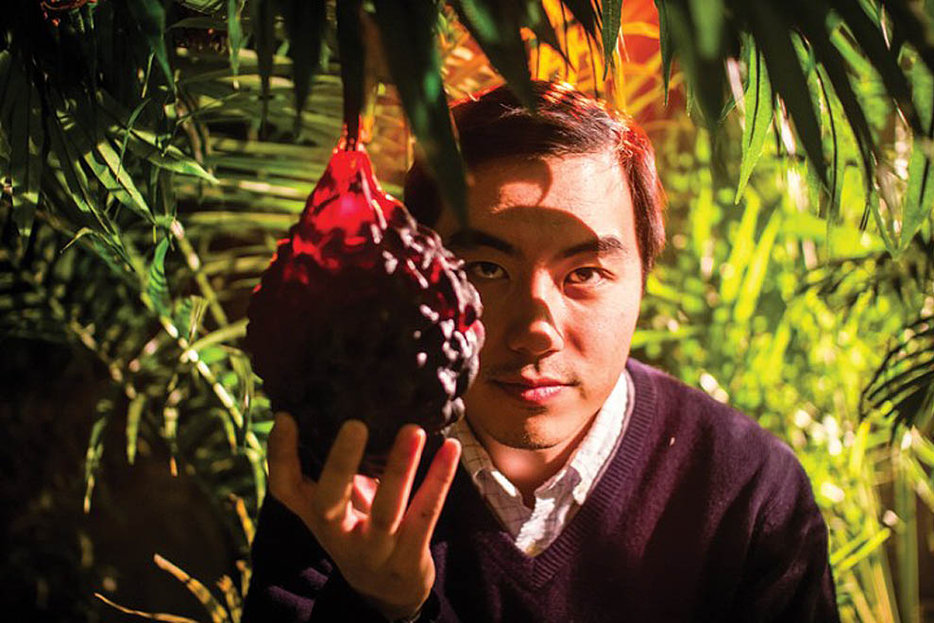 “Is it strange that when I look at certain fruit, I find myself a bit aroused?” intones director Yung Chang in the opening voiceover to his latest documentary, The Fruit Hunters. The camera pans languidly over glistening close-ups of various fruits, all dewy roundness and pert peaks.

It is to almost cinematic allegorical affect, then, that the moment I meet Chang at the Bloor Cinema in Toronto, he has just squirted the innards of a pain au chocolat all over his hands. Timidly, after asking my permission, he licks off the goo.

“That is somewhat true,” Chang says when confronted about his voiceover declaration. “I had the opportunity to delve into a persimmon, and I have to say, they are texturally…kind of amazing.” The Fruit Hunters offers a peek into a kooky fruit-fetishizing subculture whose members include ’90s everyman film staple Bill Pullman; it’s based on a 2008 book by former Vice magazine editor Adam Leith Gollner, who fell for exotic fruit among the Edenic produce stands of Rio de Janeiro.

“[Adam and I] met in southern China, in Guangzhou, when we were hunting for lychees,” says Chang. Gollner had spoken with me earlier and insisted I inquire into the pair’s friendship origin story.

“There was this overhanging lychee tree on this small street and there were only like five lychees on it, so we had to fight over them. But he respected me. In Chinese culture, there’s a thing where you toast [with glasses] and the person who respects the other person always toasts lower. Sometimes you end up toasting down to the floor. And Adam and I were doing that with lychees.”

I’m almost surprised when he tells me he’s made it up.

“We just know each other from Montreal,” he admits. The two are neighbours in Mile End.

Gollner wrote The Fruit Hunters at the same time that Chang was working on his 2007 documentary Up the Yangtze. Chang read the book when it came out, after his film had wrapped, and wasn’t immediately compelled to adapt it. But then it started to infiltrate his dreams. He became intrigued by its cinematic possibilities: the characters’ rabid pursuits reminded him of orchid hunters like John Laroche in Susan Orlean’s The Orchid Thief (and, later, its Charlie Kaufman-scripted, postmodern cinematic mindfuck, Adaptation).

Compared to Yangtze, which traces rural China’s transition from an agricultural economy to consumer capitalism around the construction of the Three Gorges Dam, The Fruit Hunters is lighter fare. While biodiversity and conservation come up, the film doesn’t so much grapple with big sociopolitical questions as examine the nature of obsession. In Gollner’s book, Richard Campbell, a Florida-based botanist, describes it this way: “You fly into the closest airport, drive through town, peer into backyards, and find the guys who know where the best stuff is. Then you say, ‘Hi, I’m from America, I’m crazy and I want to look at your mameys.’”

In the film, an unnamed fruit hunter with a white handlebar mustache, hands resting plaintively on an enormous studded jackfruit, describes how, “before long, [fruit hunting] became an obsession. And I was no longer a normal person.” (Another: “It blossomed into a full-time case of insanity.”)

“I became one of those obsessed fruit hunters,” Chang confesses, alone in the empty movie theatre. “There was a point where I was not making a film anymore but just chasing, and obsessed with tasting, all the fruits I could find. And also filming them.” He breathlessly describes the various mangoes he tried over the course of making this film: ones that taste like crème brulee and piña colada and lemon meringue pie, with different coloured skins, textures, and flesh. “They all have names,” he says. “They’re all unique.”

“Google coco de mer,” Gollner instructed me earlier. “Look at Images.” I hadn’t yet read the chapter in his book about the palms found in the Seychelles islands whose floating seeds, dubbed “the lady fruit,” once duped sailors into thinking they were the pelvic regions of mermaids.

As Gollner writes: “Its risqué shell is a life-sized simulacrum of the female reproductive region…complete with a tuft of alarmingly lifelike hair on the mons pubis. From the back, it bears a striking resemblance to a woman’s derriere.”

Sure enough, my Google image search pulls up a giant brown ass in a bikini bottom.

Twenty minutes into Chang’s film, Bill Pullman meets with his exotic fruit dealer—a squirrely, ponytailed man in his fifties who fingers a plumlike jujube with a lover’s care—in Hollywood. The two are ostensibly discussing potential botanic varietals for Pullman to add to his private hillside orchard, but as they pass the clefted purple orb between them, the pair can’t help but remark on the subtext of their mutual pastime.

“It has a kind of sensual look,” Pullman says. The fruit dealer blushes, but agrees.

“Well plants, they’re not so shy when it comes to their sexuality,” says Mr. Ponytail, “‘cause they’re out there flowering all the time.”

Chang sees what he calls “a sort of perversion”—in a libidinous sense—in the fruit hunters’ relationships with the objects of their horticultural pursuit. It didn’t escape his notice that most of the fruit fanciers he encountered were men, and that many also happened to be both childless and single.

“But also,” he suggests, “maybe there’s this idea of nurturing. They want to grow these fruits and take care of them and taste them.” That’s also perverse in its own way, Chang posits.

Nearly half a decade after writing the book, Gollner remains in thrall to his subject.“I don’t wanna get too woo-woo,” he says, carefully,“but I always felt that this story was a story that needed to be told, and it didn’t matter whether I told it. It’s like the story was looking for someone to tell it. It was like, ‘Alright, you’re the person? I’m gonna use you to get the story out there.’ I know that sounds crazy, but that’s how I felt. I felt it strongly.”

We all feel it strongly, to some extent. Fruits are the guardians of a plant’s genetic material; they’ve evolved alongside us to be desirable, to be fondled, to be cracked open and devoured. Nature has designed them to distract us; we, in turn, release their seeds.

In other words, we’re supposed to go bananas over bananas. Who is to say where the line between instinct and obsession can precisely be drawn?We endure countertop murder scenes for our pomegranates, after all; only biology could explain our persistence with such an inconvenient foodstuff. As Richard Campbell puts it: “It’s exhausting to love a mango.”

The Fruit Hunters premieres in Toronto and Montreal on November 23rd. 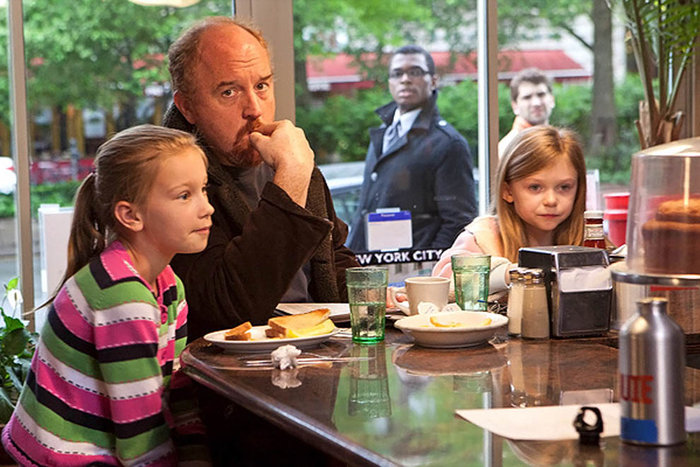 Culture
TV for Broken Homes
Louis CK’s honest depiction of divorce and single fatherhood on the FX series Louie is poignant and, frankly, a rarity… 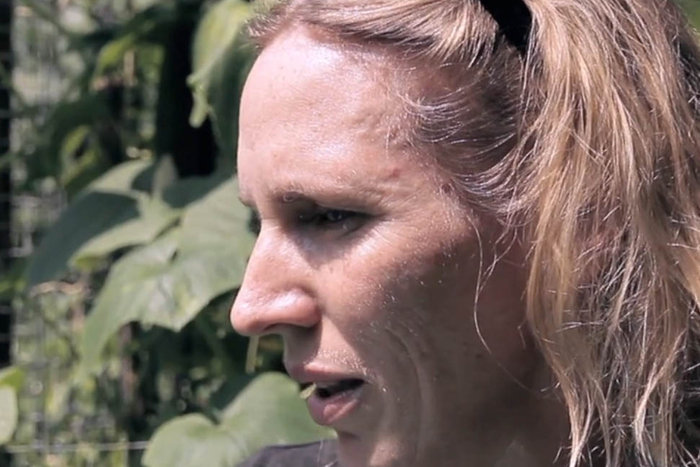