In Search of Black Atlantis

In order to find purpose and affirmation, Black artists rethink time and space as we know it to find a place for themselves.

Morgan Jerkins is a Harlem-based writer and contributing editor at Catapult... 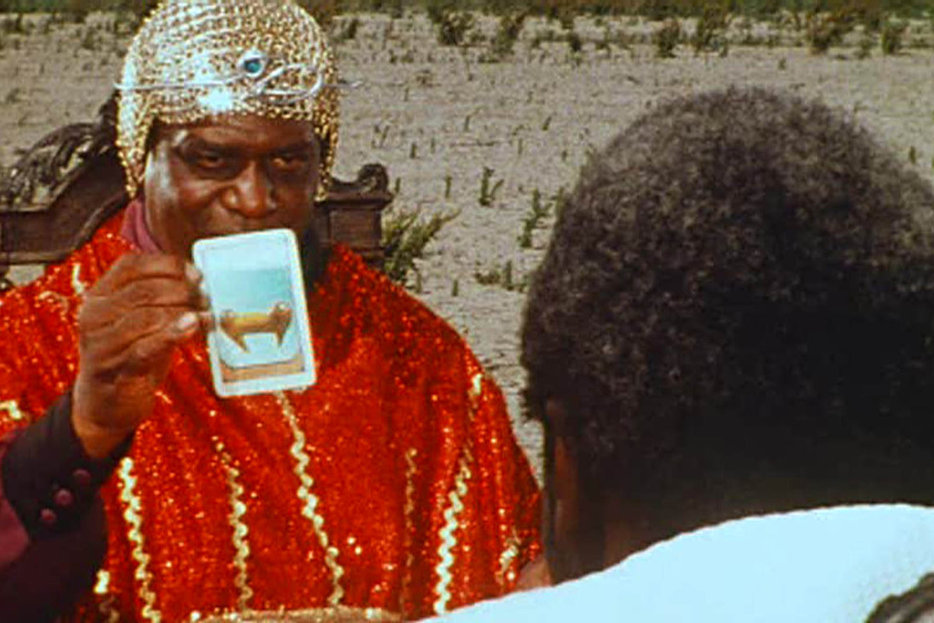 In September 2015, Kyle Lydell Canty of Rochester, New York, travelled to British Columbia. He hadn’t planned to stay for long, but after two days in Canada, Canty decided to apply for refugee status. He appeared before the Immigration and Refugee Board of Canada in October of that year with the argument that Black Americans were “being exterminated at an alarming rate.” As proof, Canty alleged that he had been harassed by the police in six states in which he held offenses, such as jaywalking and disorderly conduct, that he claimed he never committed. Although the Board ultimately rejected his candidacy on the grounds that Canty would not be subjected to “cruel and unusual punishment” upon his return, Ron Yamauchi, an IRB member, did find that the actions of the American police “raise a question about [Canty’s] subjective fear,” a fear that, according to the United Nations, is rooted in historical and racially terroristic acts, such as police killings and “state violence.”

In 1838, after a failed attempt that led to his incarceration, twenty-year-old Frederick Bailey used his nautical knowledge while working at a waterfront to disguise himself as a free Black sailor and boarded a train from Baltimore to New York where he then changed his last name to Douglass to avoid suspicion.

James Baldwin could not reconcile himself with America. He travelled and lived in places such as Istanbul and Paris in the 1960s, where, according to a 2009 essay in The New Yorker by Claudia Roth Pierpont, he would not be shamed for the color of his skin or his sexuality.  Nina Simone revealed in her autobiography I’ll Put A Spell On You why she left America for Liberia in the 1970s: “I had arrived in Liberia with no idea of how long I intended to stay; after a few hours I knew it was going to be for a long, long time—forever.” When she returned to the States for financial reasons, “I flinched at every noise, expecting terrible events that always hit me when I arrived in the country that disowned me … I … longed for Liberia …”

The desire to escape endures within many Black Americans. It manifests in literal attempts at relocation, as in Canty’s case, but also through our art. “I think to be born Black in America,” said the video and performance artist Lex Brown, “is to be fully in touch with, one, the universal existential crisis of being human, two, the crisis of carrying on the body of an un-chosen evidence of the fundamental hypocrisy of America (i.e. home of the free, land of the slaves) and three, the impossibility of escaping or delaying crisis number one because of number two.” Our perpetual lack of belonging fuels our desire to flee, but where do you turn when there seems to be nowhere to seek refuge?

Sarah Yerima, a Rhodes Scholar studying sociology at the University of Oxford, has been moving between countries for five or six years, from the United States to Brazil to the United Kingdom. “I’ve been trying to find some peace and it’s all terrible. No matter where I am, the anti-Blackness is pervasive. However, the arts give a kind of comfort.” In 1977, The Isley Brothers released “Voyage to Atlantis,” in which lead singer Ron Isley croons to an unnamed woman about sailing to a “paradise out beyond the sea.” That same year, DC Comics released issue #452 of the Adventure Comics series, in which Black Manta, a Baltimore native turned supervillain whose nautical and birth origins are reminiscent of those of Frederick Douglass, seeks to take Atlantis from Aquaman, a blonde-haired, white superhero, by killing his son. In a standoff, Black Manta says to Aquaman, “This city … shall … be a new empire over which I alone shall rule! … I had recruited enough of my own people to serve that purpose …”

“No,” Black Manta says, “I mean exactly what I said, ‘My people.’ Or have you never wondered why I’m called Black Manta?” Black Manta wanted to create an underwater colony in which African-Americans could rid themselves of a white-dominated surface world.

In the packaging for Outkast’s 1996 sophomore album ATLiens, the artwork features Big Boi and Andre 3000 as freedom fighters against censorship and population control; Atlanta is re-pictured as the lost city of Atlantis. These artistic renderings of a Black utopia present a hopeful future—places where we can live in all of our complexity and without oppression.

“If you think about how American planning has worked, it has always pushed towards a utopia. New York, Chicago—all major American cities—as violent as they were, were utopic visions,” says Jess M., a student and researcher of the Massachusetts Institute of Technology’s Department of Urban Studies and Planning. In designing cities deliberately to oppress people of colour, she says, “planners believed that if Black and brown people didn’t exist, then these utopias would.”

This racism has led many Black artists to reimagine fictitious nations, such as Atlantis, or develop new mythologies altogether through Afrofuturism, a literary and cultural aesthetic that blends historical components, along with science fiction and fantasy, in order to center Black people.

The musician, philosopher, and filmmaker Sun Ra was one of its pioneers, creating what Ytasha Womack, author of Afrofuturism: The World of Black Sci-Fi and Fantasy Culture calls, “sonar sounds for the space age in the ’50s.” In the 1970s, the Afrofuturistic sound began to expand. Combined with sci-fi elements in works such as “Spaceship Lullaby” and “Africa,” in his 1974 film Space is the Place, Sun Ra, playing the protagonist, seeks to transport African-Americans to occupy a new planet in outer space he discovers with his crew, The Arkestra.

Sun Ra’s influence continues to be felt. George Clinton and the Funkadelics incorporated Afrofuturism into their works through electronic instruments, space costumes, new mythology, and mind-boggling wordplay. Janelle Monae’s android aesthetic is a direct descendent of Sun Ra’s innovation. Contemporary artists Amaryllis DeJesus Moleski and Sheena Rose depict black women as goddesses, mythical creatures, and arbiters of their universe. As Stephanie George, former curatorial fellow of New York’s Museum of Contemporary African Diasporan Arts, puts it: “You have to disrupt temporality.” In order to find purpose and affirmation, a Black artist must undermine time and space as we know it to find a place for his or herself.

Since the 1800s, refuge and relief from racist violence and oppression has meant any number of things: escaping to the North, fleeing to a different country altogether, or staying put physically while moving forward in one’s imagination to create a world where Black people are uplifted and able to live as multidimensional human beings. Many of the greatest African-American works of art have been the products of times of oppression. Our art is a form of resistance.

So now, days away from the inauguration of a president whose platform was praised by the Ku Klux Klan, what happens to that art? Will there be a new renaissance or simply a continuation of established genres? Geraldine Inoa, a playwright at New York’s Public Theater, says that disturbing events like the Trump inauguration often inspire people to “retreat” to other artistic movements. “But because this art exists in this reality under this president, it will be different. Trump is rather unique in that he has risen during new a technological world that has changed the way art is created and shared. We will see a new renaissance based on the current reality that combines the modern tools artists have their disposal.”

Or, as the queer femme writer and editor Myles Johnson puts it, “there’s going to be a renaissance and we can’t help it. Black people have never not been creative.”

Morgan Jerkins is a Harlem-based writer and contributing editor at Catapult. Her work has appeared in The New Yorker, The New York Times, The Atlantic, BuzzFeed, and ELLE, among many others. Her debut essay collection, This Will Be My Undoing, is forthcoming from Harper Perennial. 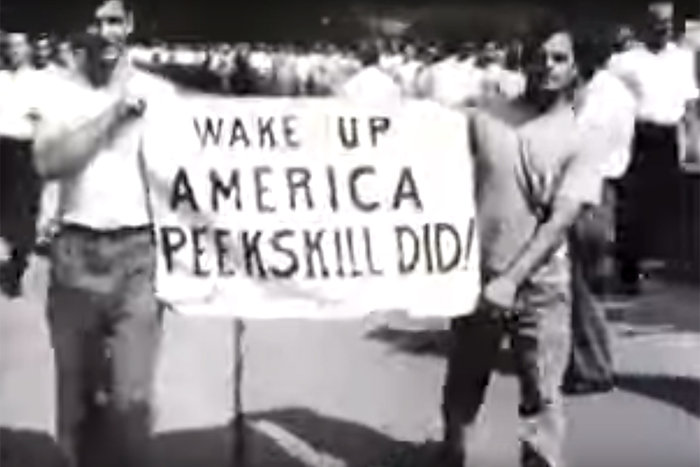 Essay
Peekskill Blues
How a race riot in New York state inspired a generation to reconsider America’s vulnerability to fascism. 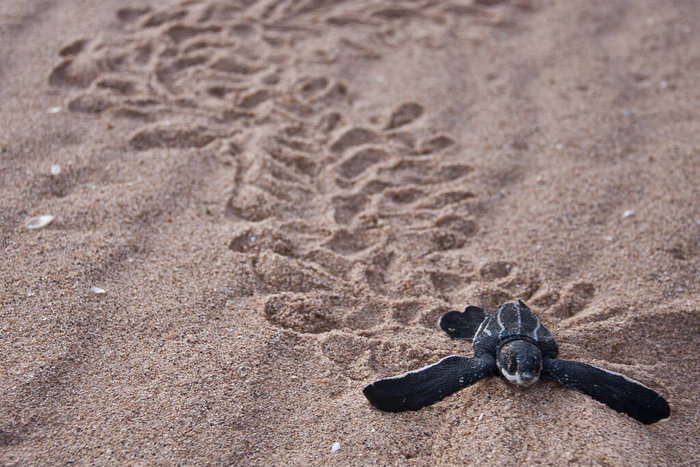 Close Read
Anger Too Big To Ignore
Before I read The View from Saturday, I saw anger as a luxury, a way to take up physical and emotional space that I…

What A Time To Be In Decline
Ethan Lou
'History Unaddressed Recurs': An Interview with Isabel Wilkerson
Connor Goodwin