Real Fakes: The Challenges of the Fictional Artist

At the heart of Siri Hustvedt’s recent novel, The Blazing World, is a work of art conjured up for the story itself. Would the Man Booker-shortlisted book have been as successful if this fictitious exhibition didn’t seem real enough for our own world? 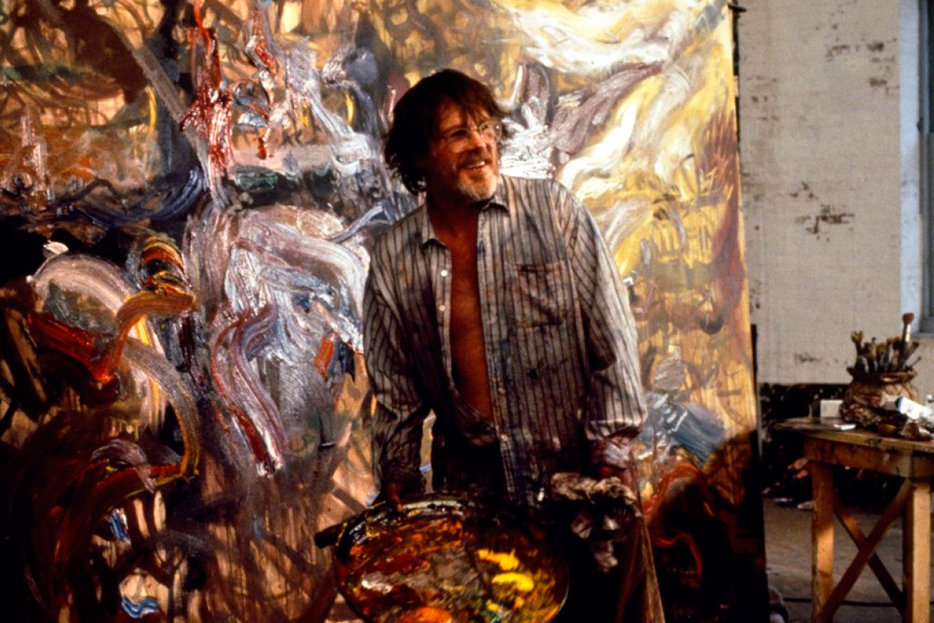 The cross-disciplinary world can be difficult to navigate for a writer. As Martin Amis famously noted, in a discussion of book reviews: “[w]hen you review an exhibition of paintings you don’t compose a painting about it, when you review a film you don’t make a film about it and when you review a new CD you don’t make a little CD about it.” But a novelist whose subject matter is art is forced to do something not far removed from the impossible task Amis cites: for the novel to be plausible, the fictitious art must be, too. Done right, the effect can be a powerful one, creating in the reader a yearning for a body of work that never existed. Miss the mark, however, and the whole equation falls apart: if the art doesn’t feel genuine, the result is a hole in the story from which the greater work may be unable to recover.

Siri Hustvedt’s recent Man Booker-longlisted novel The Blazing World is, at its heart, about an artist named Harriet Burden and a controversial work of hers called Maskings. Due to the nature of the book’s plot, though, the mechanics involve much more: the creation of a group of fictional artists, along with journals, periodicals, and galleries, set across decades’ worth of changes in the art community. The book succeeds or fails in no small part on the authenticity of Burden and the work she creates; luckily for Hustvedt, it isn’t her first time working in this realm. Not only did her 2002 novel What I Loved provide a window into the art world, but she has the advantage of having written extensively about art as a critic and essayist: in 2005 she published her book Mysteries of the Rectangle: Essays on Painting, and a considerable portion of her subsequent nonfiction collection Living, Thinking, Looking also consists of art criticism.

Hustvedt’s one of few writers whose body of work contains both acclaimed fiction and collections of criticism, though she’s not entirely alone. Consider, say, John Berger, whose career as a writer began with art criticism for the New Statesman, but went on to include a number of celebrated novels, including the Booker Prize-winning G. Berger’s first novel, 1956’s A Painter of Our Time, is overtly concerned with art as its subject, focusing as it does on an expatriate Hungarian artist living in London and grappling with questions of recognition, aesthetics, and politics. The fact that it’s narrated by a British critic named John has led many over the years to debate whether its roots were in nonfiction, but in an introduction to a 1988 edition of the book, Berger argues otherwise, saying, “no work of fiction is ever a transcription. Novels are never houses with portraits of real people in them.”

It’s the same challenge faced by any writer creating a fictional work of art: if your counterfeit poem or pop song or magnum opus reads as unbelievable, even in a make-believe universe, you’ve lost the reader—but asking a writer to convincingly create work in a discipline other than his or her own is its own challenge.

Janos Lavin, the expatriate painter at the center of A Painter of Our Time, finds himself at odds with the prevailing trends of the London art scene of the time, a scene Berger himself had covered as a critic. The book evokes that era, and the art scene’s viability to the reader, in great detail: the way in which Lavin’s art is criticized for being out of step with prevailing trends; a section focusing on the internal politics of a painting competition; and Lavin’s own meticulousness and frustration with his own work. This can all feel mundane, but it’s in the service of establishing these as convincingly realistic works. Berger and Hustvedt are, after all, writing solidly realistic novels, set in recognizable versions of cities with which their readers might be familiar; create something that doesn’t fit in with that city’s cultural scene, and the whole thing can fall out of balance. It’s the same challenge faced by any writer creating a fictional work of art: if your counterfeit poem or pop song or magnum opus reads as unbelievable, even in a make-believe universe, you’ve lost the reader—but asking a writer to convincingly create work in a discipline other than his or her own is its own challenge.

Not that there isn’t a long history of memorable art scenes in fiction. Kate Christensen’s The Great Man, winner of the 2008 PEN/Faulkner Award for Fiction, examines the familial and artistic legacies of a painter whose death sets the novel’s plot in motion. His sister, a talented artist in her own right, emerges as one of the book’s major characters, and their decades-long rivalry, infused with questions of style and gender, runs throughout the book. The father of the protagonist of Jonathan Lethem’s The Fortress of Solitude is a fine artist who finds unlikely acclaim for his science fiction cover art (as well, Lethem’s nonfiction collection The Ecstasy of Influence includes the catalog essays he has written for several artists’ exhibitions). And Geoff Dyer’s Jeff in Venice, Death in Varanasi is set in part against the backdrop of the Venice Bienale. It’s probably worth mentioning that Dyer has also written a book, Ways of Telling, on the work of John Berger, and edited a collection of Berger’s essays. Certainly, there’s an aesthetic lineage at work here.

Such a familiarity with criticism can certainly benefit a writer writing about art, enabling them to approach with experience the ways in which art is seen and discussed, lending another layer of realism to the proceedings. As Christensen did in The Great Man, Hustvedt sets such a foundation by incorporating fictionalized press clippings intoThe Blazing World, though the tactic is even more pronounced in the latter: the novel is arranged as a kind of collage, assembled by an academic named I.V. Hess after Harriet Burden’s death, who builds her journals, narratives from Burden’s family and friends, interviews with related participants, and excerpts from criticism and reviews examining the work described in the book into the novel itself.

The metaphorically rich structure of The Blazing World echoes, in a number of ways, the stuff of Burden’s project, which sees the artist creating work and exhibiting it through three (male) artist proxies: the inexperienced Anton Tish; the provocative Phineas Q. Eldridge, who seeks to unravel questions of race and sexuality; and a Singularity-obsessed performance artist working under the name of Rune. Performance art, for Hustvedt, takes on a sinister cast: at least, the closest things to antagonists found in both The Blazing World and her earlier What I Loved are ambitious, amoral artists working in this genre. And then there’s Hess, who is a presence throughout the novel, either through interviews or via annotations in the text.

That our guide to the art community in The Blazing World comes from an academic background has precedent in Hustvedt’s work; the narrator of her 2003 novel What I Loved, set in a similar milieu, is an art historian named Leo Hertzberg, who is gradually losing his sight. He recounts the story of his friendship with an artist named Bill Weschler and the close bonds between their families, building in a qualification for the novel’s art: after all, if it has the endorsement of an expert (albeit a fictional one), it must have some merit.

Almost all fiction requires some measure of nuanced world building, of course, but fictitious art has its own criteria: settings and characters may be drawn from whole cloth, but if the talents and passions of the created world’s inhabitants (and the fruits of such) feel contrived and inferior to those of our own, the fictitious can simply seem fake.

The Blazing World also raises questions of economics, echoing the perceptive questions raised by the critic Calvin Tomkins in his excellent nonfiction collection The Lives of the Artists, in which he nods in the direction of class and its relationship to art. In Hustvedt’s novel, for all that Burden’s project seems deeply laudable, issues of class are nonetheless raised—specifically, the fact that, as the widow of a wealthy art dealer, her own economic survival is never in jeopardy, and she is free to embark on such an ambitious, multi-year project without concern for her own survival. With her dense structure and panoply of critical perspectives, Hustvedt makes Burden’s project seem compelling thanks to a blend of suspense—she tells the reader something of Burden’s plan from the outset, but holds off on the details, and allows it to be experienced both on the intellectual and the visceral level—and scale. The Blazing World is not about a work of art that shatters all concepts of aesthetics: it’s about provocative work that is shown in galleries and inspires debate.

The art in The Blazing World focuses on identities, and seems decidedly contemporary: the work that stands at the center of the novel begins in the 1990s, and it’s almost impossible to imagine it being set any earlier. Rachel Kushner’s 2013 novel The Flamethrowers, set in the 1970s, feels similarly tied to its era: the conceptual work there, though rendered vividly, is definitely evocative of one particular moment in time. And, like the works of Hustvedt and Berger, questions of money and livelihood maintain a significant presence throughout that book.

Perhaps it’s unsurprising, then, to learn that Kushner’s own history also includes an abundance of art criticism; she’s a longtime contributor to Artforum, among other things. It’s that skill that, in part, makes her portrayals of the art world so convincing: the same techniques that can lend a sense of verisimilitude to work by an artist who never existed can also convey the qualities of a work of art to a reader who’s never seen the piece in question. Almost all fiction requires some measure of nuanced world building, of course, but fictitious art has its own criteria: settings and characters may be drawn from whole cloth, but if the talents and passions of the created world’s inhabitants (and the fruits of such) feel contrived and inferior to those of our own, the fictitious can simply seem fake. 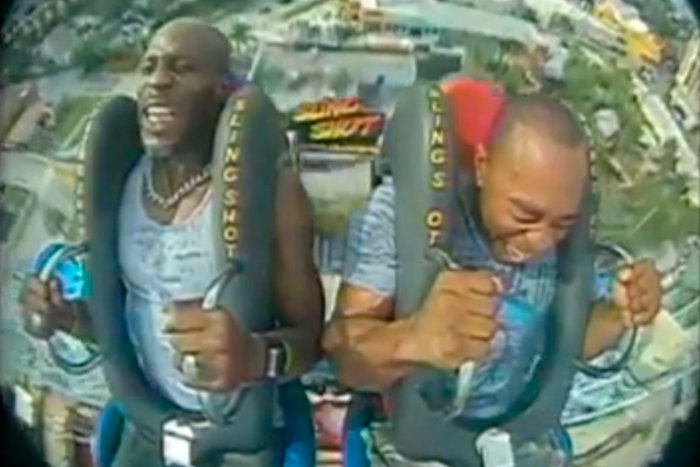 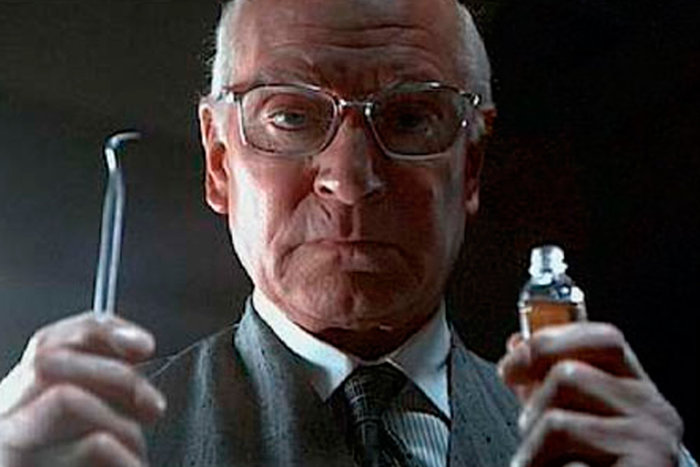 Health
Blood, Guilt, and the Roots of Dental Dread
From Enlightment-era tools of torture to Marathon Man.

'There’s So Much Harm That Can Come From Love': An Interview with Brenda Peynado
Ilana Masad
Rothko at the Inauguration
Richard Warnica