I figured an ideal period of mourning for my father would have been free of disturbances of my own creation. So much for that.

Mayukh Sen is the author of... 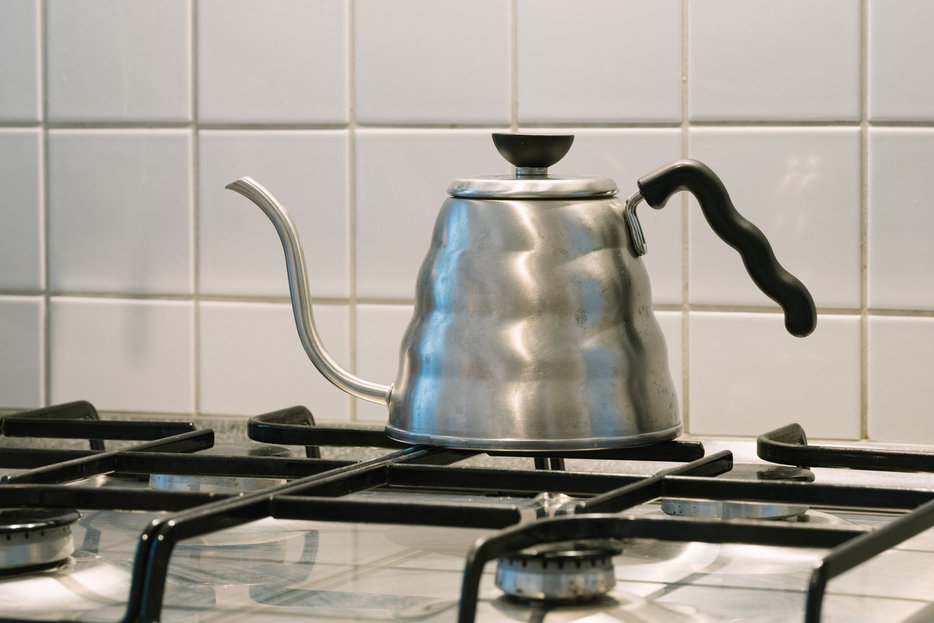 Summers are for baring skin, so it’s hard to feel attractive when rolled gauze becomes part of your sartorial repertoire, concealing your left arm. That’s what a second-degree burn does to you.

Last July, I sustained burns from trying to make coffee, a kitchen task I failed at so spectacularly that it forced me to perform daily rituals of self-mummification. Every morning and every night for seven weeks, stretching into September, I rubbed myself with ointment and wore rolled gauze that swallowed the bottom half of my left arm, stretching from my elbow to my palm. The dressing masked utterly grotesque terrain, covered with blisters as bubbly as the vocal sacs on a tree frog.

I was somehow able to dodge getting my first kitchen burn until the age of twenty-five, and the timing couldn’t have been more on-the-nose: It happened about a month after my dad died, just weeks after I exited my cocoon of grief in that cramped apartment in New Jersey where my mother lived. I returned to New York in a bid to re-assimilate into life as I knew it before my father’s final hospital stay. The city’s surrounding stimuli felt abrasive; I could barely get through conversations without wanting to cry.

I figured an ideal mourning period would have been free of disturbances of my own creation. So much for that.

I grew up accustomed to making coffee in two ways: from a standard Black & Decker coffee machine my father got from Sears that spat your drink out with little interference on your part, or by mixing two teaspoons of Folgers Instant Classic Roast into a boiling pot with an equal ratio of whole milk and water, a concept my mother taught to me that I understand some may find heretical.

My roommate introduced me to another method that I hadn’t dared to try until one Saturday morning when she was gone. I figured I could brave it on my own because I’d watched her do it before, the way someone may believe they can make a flag cake with the same easy finesse as Ina Garten just because they saw her do it on Barefoot Contessa.

I sat a red, rubbery brewing cone unsteadily on the rim of a mason jar near the edge of my countertop. I soaked coffee grounds with hot water over the filter, when the cone tipped over onto the ground. The water and coffee guts scalded my left arm. I screamed.

I ran my arm under lukewarm water and noticed some of it had become pinched, like Saran Wrap on the edges of Tupperware; I observed my skin’s surface turn blue, as if a crust of Elmer’s glue had formed on top of it. When I made the stupid decision to pick at it, the layer tore open. My arm had become a visual monstrosity.

Keeping my arm submerged in water became too painful after a few minutes, so I began shouting Fuck! Fuck! Fuck! and looking for Band-Aids, thinking that would be enough. (I understand that, in recounting this, the episode sounds quite comical; I admit that it truly turned me into the most shrill version of myself.)

After an hour, the discomfort didn’t subside, so I went to an Urgent Care facility two blocks away. A doctor smeared my arm with cream, dressed my wound, wrote me a prescription for burn ointment, and gave me a Ziploc bag of complimentary gauze and medical tape. He assured me I’d be fine, that the scarring would be minimal in a few weeks’ time so long as I followed his instructions diligently.

When I tried to explain my burn on the phone to my mother later that day, we both wondered how I allowed this to happen to myself. There was the obvious reason that my hand-eye coordination already sucked. I am tremulous by disposition, easily rattled, which made me particularly susceptible to this kind of accident. Still, she asked if my father’s death subtly influenced this, if his loss made simple tasks Sisyphean, resulting in a more sly form of ataxia entirely.

I wondered the same thing. Everything in my life seemed out of order. This death had left me shaken in ways I couldn’t always be conscious of. Just as I began to believe I could make it through the night without seeing him in a dream, chaos returned, as if the pain of his loss became concentrated on my skin.

Every morning after began the same way, adding about ten minutes onto my routine. After getting out of the shower, I’d administer antibiotic ointment that looked like cream cheese to my arm in generous amounts, strangle it with rolled gauze, and secure it with medical tape. I repeated this again once I returned home from work, by the time my wounds absorbed the day’s layer of cream that sat on top of it, gently flushing it with water before wrapping it again.

I documented my arm’s progress in photographs that I sent to my mother. She seemed to be the only person willing to indulge my self-pity. I bored my friends with complaints about how much my burn hurt. They perceived my enthusiasm for talking about my burn as a rather unreasonable preoccupation. Through hearing reactions that ranged from faintly sympathetic to politely uninterested, I gleaned that, for most people, a kitchen burn can be a humbling reminder of your body’s limits, or it can rattle you gently, temporarily destabilizing you before you move on with your life. It’s an utterly common ordeal, a minor inconvenience.

Not for me. I was determined to make a federal case out of it.

Following my return to the city after my father’s death, I’d get drinks with friends and tell them the story of his final weeks. I coached myself into telling the narrative’s many particulars by rote, careful not to omit details I felt would be crucial to engendering their sympathy, like the fact that there wasn’t room for me in the ambulance from his hospital in Manhattan’s Upper East Side to the hospice center in Saddle River, New Jersey, where he died. But after a few tortured walkthroughs, I grew rather exhausted with summarizing my few weeks of hell. I found it impossible to articulate the size of my grief to people who were strangers to the experience.

Talking about my burn was far easier. That narrative supplanted the one I’d grown so used to telling people about my father’s march towards death. In my burn, as a matter of convenience, I discovered a tale of progress, complete with the anticipation of a resolution. The burn had initially reduced my arm to the color of raw salmon flesh, but I told friends how that site was gradually beginning to match its surroundings. Unmentioned, but always lurking as subtext through these tales of my ugly skin, was the reality of my father’s death, a story whose conclusion was fixed, inflexible. When my friends rolled their eyes at yet another breathtakingly dull story about the kitchen burn’s improvement, I struggled to respond that all I really wanted to talk about was father’s death, as if the burn became, by proxy, a physical manifestation of my grief.

My bandages had a nasty habit of coming undone at inopportune moments, either on the subway or in line for lunch. But I imagined that one day, perhaps sooner than the doctor had predicted, I’d be able to take that gauze off for good.

My burn was a twisted blessing. In bandaging it each morning and night, I was working magic, repairing a scab I could heal.  As the weeks went on, something began to feel therapeutic about being my own nurse, forcing me to become hyper-cognizant of my own mortality. I wanted so badly to know it was possible for something that had died, or at least flirted with death, to become alive again. At night, I terrified myself with the scenario’s alternative outcomes: What if the water had grazed my face, making the disfigurement more permanent and lasting? This didn’t happen—it was a close call, but my arm was somehow salvageable. I was working towards survival, and survival was a solution that felt achievable.

So I observed the means to that end with discipline. Going through the private ceremony of unwrapping my bandage and putting ointment on it every day, twice a day, was my way of restoring order to my life. I was caring for my arm until I could recognize it as a part of myself.

By the beginning of September, my first morning without a bandage, I started to miss my routine of caring for it in the same way I missed taking the subway to the hospital uptown after work where my dad stayed. Life reverted to being normal, and I hated it.

Grief hasn’t left me; the scarring from my burns have mostly faded. The skin where my burns once sat now barely blushes, tanning gently like any other patch on my body.

I’ve spoken to other people in my age bracket who’ve lost a parent, a list I can count on one hand, and asked them what they’ve done to soothe their pain. How did you care for yourself? I’ve wondered aloud to people. Did you take up knitting?

The answer often involves some form of creative production that doubles as therapy. Many told me they began to focus more intently on gardening. Others funneled their emotional distress into redecorating their apartments, taking up a project that results in production, to restore a sense of control.

My post-grief hobby took the form of rubbing my scaly, burn-bruised arm and covering it with sterile gauze from the drugstore down the street. I couldn’t bring my father back, and you could say he was a vital limb. If I couldn’t have my father, at least I’d have my left arm.

Mayukh Sen is the author of Taste Makers: Seven Immigrant Women Who Revolutionized Food in America, released in November 2021. He has won a James Beard Award for his food writing and teaches food journalism at New York University. 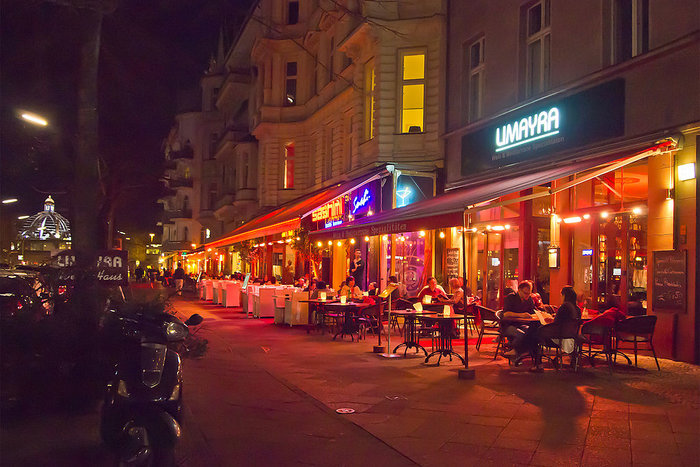 Society
Looking for Women
In Berlin, I watched us queer women watching each other. But nobody seemed to lead anyone inside. Could cruising ever… 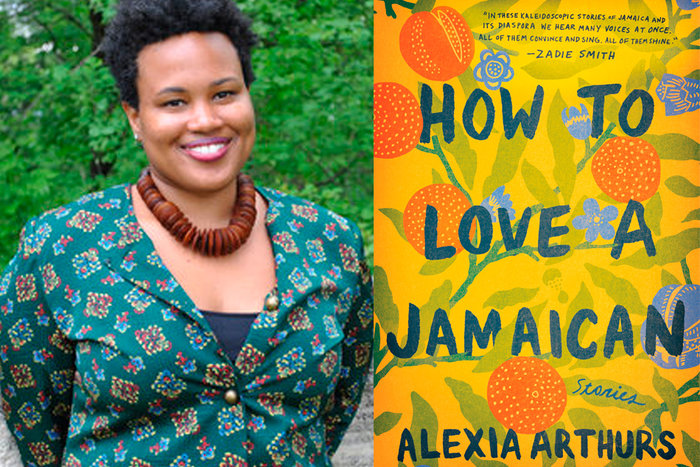 Interview
‘It’s More Complicated Than the Grass Being Greener’: An Interview with Alexia Arthurs
The author of How to Love a Jamaican on love in its various forms, finding belonging and mediating identity between and…