Smartass Entertainment in the Age of Sincerity

David Foster Wallace’s big concerns live on in the interviews of Jaden and Willow Smith. 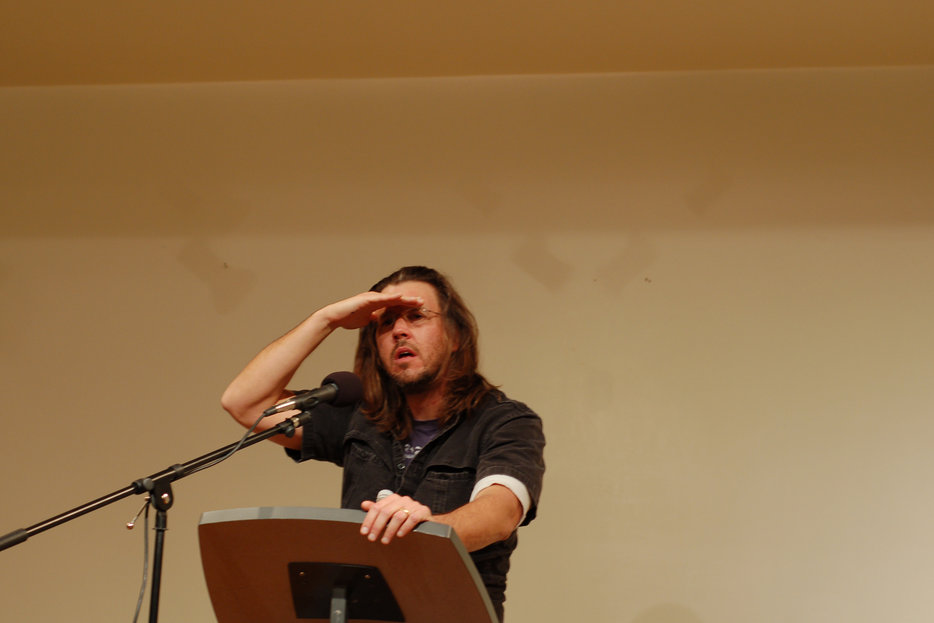 The first dozen pages of Infinite Jest are as good as the first dozen pages of any novel since Nabokov. The next hundred are a different matter. A story of sorts unfolds in a way not unlike dropping a bucket of marbles on a granite table and then trying to sweep the marbles back into the bucket only the table is on a tilt because one leg is shorter. Also, there are the footnotes.

It may be that the first hundred pages of Infinite Jest contrive a stealth conversation between David Foster Wallace, the author, and you, the reader, along these lines: are you sure you want to do this? It won’t necessarily be fun but it will be absolutely consuming, if chasing clattering marbles is your thing. Oddly enough this is what Infinite Jest is about: the dangers of being absorbed by Sisyphean tasks disguised as entertainment, including the reading of Infinite Jest.

At the centre of the book is an underground film known as The Entertainment which is so engrossing that its viewers give up everything they have to watch it over and over again until they die, much the way certain people of my and Wallace’s generation would commit to daily reruns of Hogan’s Heroes and The Hilarious House of Frightenstein to the point of jettisoning their (and my) education and any hopes for a proper, lucrative career in politics and finance as was promised in such films as Joel Schumacher’s St. Elmo’s Fire. In other words, Infinite Jest was a parody of a time when nothing else mattered beyond what was on the screen. Unlike, say, now.

Wallace’s contention (and he wrote about this, a lot, in his essays) was that entertainment didn’t so much excite the senses as dull them into a ribbon of shared, empty, air-quotable “experience,” so that only the naive and unplugged would talk about real love and real pain and real joy and real fear and, the most banished of all emotions, real loneliness: sentiment was for suckers. The ’90s, if you recall, was when eye-rolling cynicism as a cultural value was invented, alongside the Tamagotchi. Wallace, meanwhile, was an old softie.

So in both Infinite Jest and his first novel, the widely unread product of his Master’s Thesis at Amherst called The Broom of the System, he experimented with sneaking old, unpopular values into what looked for all the world like smartass entertainment. The results were mixed: Broom is a book of many marbles, but they kind of roll lazily off the table without the clattering excitement of Infinite Jest. In any case, it’s a prologue to what became the Wallace style: hand-wringing anxiety about the human condition in a time of chilled cynicism, and an extra-anxious hand-wringing anxiety about Wallace’s own fear of looking like a chump for writing like some Charlotte Brontë wannabe about the beauty of the human heart: at which point, where the irony starts and ends is anyone’s guess.

In Infinite Jest we have Hal Incandenza, tennis prodigy and junior Quixote who has lost the ability to communicate (thanks to brain damage or drug use or entertainment overload or all of the above) but who bears the heart of a romantic hero. “Hal, who’s empty but not dumb,” writes Wallace, “theorizes privately that what passes for hip cynical transcendence of sentiment is really some kind of fear of being really human, since to be really human (at least as far as he conceptualizes it) is probably to be unavoidably sentimental and naive and goo-prone and generally pathetic.” If Wallace had a particular skill it was the ability to be genuinely, heart-warmingly goo-prone and generally pathetic in prose whilst copping to it as a crime in the same breath. Or, more to the point: every thought, if you think about it long enough, winds up handcuffed to its opposite.

He’s more explicit on this in The Broom of the System. Any plot summary is hopeless, but here goes: Lenore Stonecipher Beadsman, a 20-something receptionist at a failing Boston publishing house, is drawn into an intrigue involving her namesake great-grandmother, who mysteriously disappears from her retirement home; her father, who runs a baby-food manufacturing business which has discovered an additive that gives toddlers the power of adult speech; and a talking parrot. A Dickens-slash-Pynchon-slash-King-James-Bible cast of characters insinuates itself into the drama, including the failing publisher, Rick Vigorous. At one point Vigorous winds up back at Amherst, his old college, looking for clues about his younger self. “I was always either so unreasonably and pointlessly happy that no one place could seem to contain me,” he says, “or so melancholy, so sick and silly with sadness that there was no place I could stomach the thought of entering. I hated it here. And I have never been as happy as when I was here. And these two things together confront me with the beak and claws of the True.”

The ’90s, if you recall, was when eye-rolling cynicism as a cultural value was invented, alongside the Tamagotchi. Wallace, meanwhile, was an old softie.

The book, as a study of the postmodern moment in American fiction that William T. Vollmann was better at, has a number of typical concerns: how language is used and misused in storytelling, the limits of language pace Wittgenstein (Lenore’s great-grandmother, named Lenore, was a student of his), the Self and the Other, and how characters in novels suddenly wake up and wonder if they’re only characters in novels. It also introduces us to David Foster Wallace’s great obsession: to be alive is to be happy and sad about the same thing at the same time, one of God’s better jokes. But the only way to talk about it is with a heavy lather of irony, otherwise you’ll sound like a moron.

So, almost 30 years after Broom, is the book still relevant? Consider this: when Jaden and Willow Smith, teenaged son and daughter, respectively, of actor-musicians Will Smith and Jada Pinkett Smith, gave a candid interview to the New York Times, what they said sounded oddly familiar. “[Y]our mind has a duality to it,” said Jaden, age 16. “So when one thought goes into your mind, it’s not just one thought, it has to bounce off both hemispheres of the brain. When you’re thinking about something happy, you’re thinking about something sad. When you think about an apple, you also think about the opposite of an apple.” To which Willow (age 14) added, “And then you think about what you think, which is very dangerous.” So Broom is indeed relevant as long as there are people out there who live and act as if they were characters in the book. Only without the irony, which is what I miss the most. 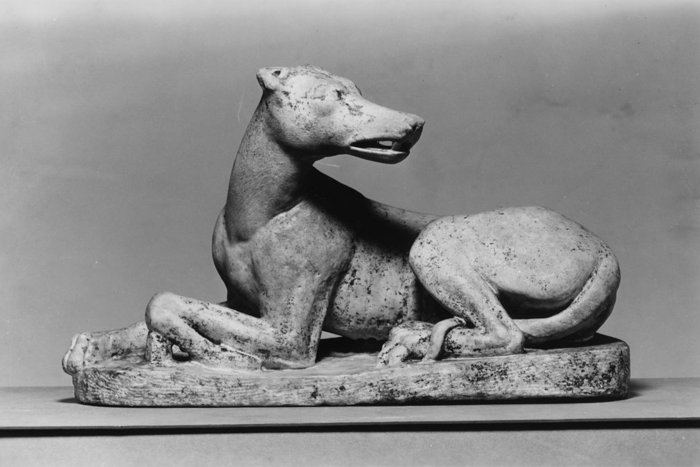 Excerpt
True Dog Stories
No two dogs are alike, nor are their stories. An excerpt from Radio Benjamin, the collected radio broadcasts of Walter…