How Predators Get Away With It

Why the Canadian media must do more to challenge its own sexism. And speak out against the abusers in its midst. 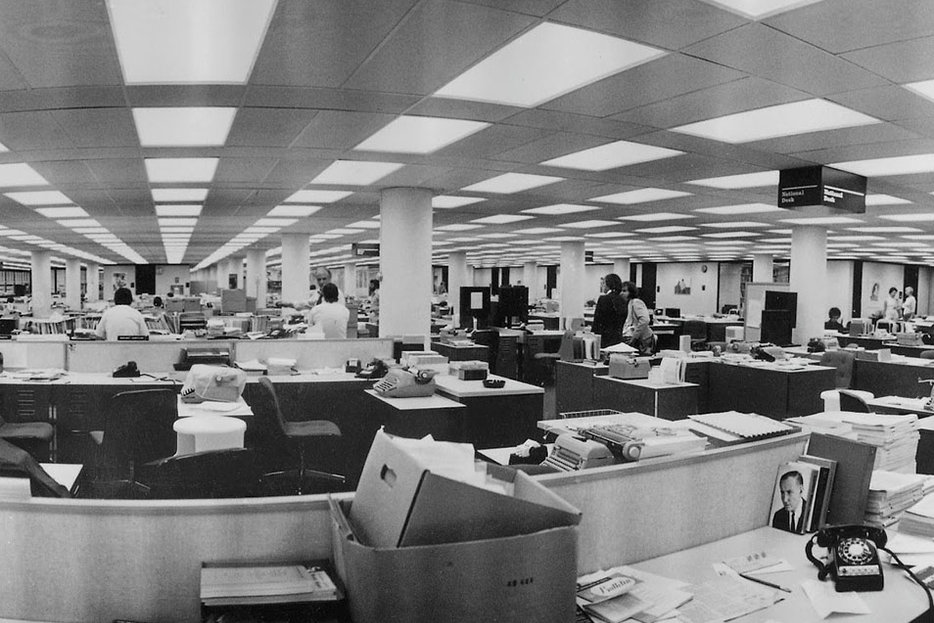 Still from "All The President's Men" (Warner Bros)

Journalism schools love to tout the risks of becoming a journalist. Every professor I had was quick to remind me that it’s a volatile industry, where only the strong survive. Covering war is dangerous; going after politicians is challenging. Internships are risky because so many are unpaid, personal journalism is risky because it can define you forever, print media is risky because the Internet is eating it. Don’t do click-bait, don’t tweet the wrong thing, don’t use the passive voice. Journalism schools love to take your money, but boy, are they ever eager to tell you how dumb you were to give it to them. Because it’s true: being in this industry is hard.

We’re talking about this because Jian Ghomeshi, host of CBC’s Q and arguably one of the leading voices in Canadian culture, was fired last week. As of this moment, eight women claim he sexually harassed and assaulted them, both in and out of the CBC; he claims he was fired over his sexual proclivities. Plenty of Canadians and Q fans were shocked, but articles by female journalists such as Kelli Korducki and Melissa Martin suggest that the allegations weren’t a surprise.

In fact, what plenty of us are waiting for is the next Canadian journalist to be accused of something similarly heinous. There are likely a startling number of them out there with rumours circling about them. Many of the women who work in this industry know who they are and what they’ve done. We deal with them every day.

There’s an unspoken tradition among female writers where we swap horror stories about which men to avoid at work, which men won’t take you seriously, which men may harass you or grope you or abuse their powers over you. The media industry in Canada is small, smaller than it is in the U.S. and smaller than it may seem from the outside in. An overwhelming number of us live and work in Toronto, there are few jobs available, and even fewer (well-paying) outlets to work for. No matter your beat, you’re more likely to run into people than you are to avoid them. Toronto sometimes feels like a big city composed of the seven people you hate.

But there are also few secrets amongst Canadian journalists. We are a chatty and nosy people, and most women in the industry are willing to warn you against the wrong type of men: which male reporters or editors or producers or photographers or designers or journalism school professors need to be avoided. This isn’t done with any real subtlety, either—they’re open secrets that the men around us, innocent or not, can hear if they choose to. This is why, when allegations of misconduct start brewing around someone in the industry, plenty of us react merely by silently side-eyeing each other.

Without thinking too much, I can come up with my own list of which male media employees you’d warn a new female intern about. (And their marks are often interns, since few have as little agency in this industry as a new, underpaid, overworked, female intern.) If you’re a woman working in media, you probably have your own.

There’s the editor who kissed me on the forehead as a greeting in front of our bosses. Or the editor who told me I was too pretty to be a writer and should do PR instead. Or the professor who would position himself behind his female students while they leaned over to retrieve something, so that they’d bump into him when they stood back up. Or the reporter who asked me to have an affair with him by gripping my knee under a table at an industry event.

All of these men were significantly older than me, considerably more established than I was in my career, and they scared me into thinking if I told anyone, I’d be blamed for leading them on or allowing it to happen.

When I first moved to Toronto seven years ago, my early industry connections all warned me about which men I needed to have my guard up around. “He cornered me in his office once, so avoid going to his office altogether,” or “He starts to cry if you don’t say yes to a date with him, which is a ploy to get you to hug him for a too-long time,” or “He tends to have conversations to your chest, so, wear a sweater to work.”

Years later, I do the same for women when called upon. “This one will find a way to get you alone if you go for after-work drinks with everyone,” or “He will be extra hard on you in the office but will lean in real close when you’re alone with him,” or “He will only assign ‘women’s interest’ pieces to you because he’ll think you’re too delicate to handle anything more and will tell you as much.”

This abuse of power and position isn’t unique to the journalism industry, but it breeds more here, and more in this country, because we are so small, and we are so scared. Most of us work for the same handful of publications either full-time, contract, or as freelancers—all with somewhat limited job security. Most of us bounce around those same publications and interact with the same people. Most of us are afraid to make someone mad. The risk of pissing someone off at one newspaper is that they have friends at another; you never really know what the ripple effect will be if you complain about someone high enough on the totem pole. And what if no one believes me? And what if they do believe me, but my complaint is against someone the company wants to protect?

What if I lose my job over this? Where will I work?

It’s so hard to break into this industry that we’ve trained new reporters and writers to suffer through unpaid labour; we’ve also trained new female recruits to bite their tongues when a male coworker tries to take away their value. That’s the cost for a woman to make it in this field: take what you get, even when it hurts, and maybe you’ll be rewarded later. (This doesn’t even begin to touch the sexism in broadcast media, from how much to how little cleavage to reveal.)

What if no one believes me? And what if they do believe me, but my complaint is against someone the company wants to protect?

Not that things aren’t in the process of changing. Anne-Marie Owens recently took over the National Post, hiring Erin Valois, Emily Keeler, and Julie Traves. Some of the country’s best reporters are women, heralding a promising advancement from Canada’s long history of straight, white, maleness in our media. But the top 10 per cent is still run by those straight, white men, and many think that simply having a few women in our newsrooms is enough, as if that prevents any gender-based misconduct.

Women in journalism need their bosses—male and female—to advocate on their behalves. Without that, the women working in media will continue to whisper among themselves, pulling each other out of bad situations when we see them, and being forced out of jobs when we haven’t done anything wrong. I still don’t think the majority of men in journalism are bad or out to get women, but it’s always a small batch that spoils the pot. In this case, the silence is speaking volumes.

No one wakes up at 35 and thinks, “I’m going to harass a woman I work with today.” That behavior grows and festers over time when bosses and managers and editors allow it to. It starts with something small, a little action that his coworkers describe as “creepy” or “desperate.” He gets a bad reputation, sure, but no one considers him anything worse than an employed weirdo. But it grows into something far more nefarious. And since no one said anything the first time, it’s likely that no one will say anything the third or fifth or 10th time, until it can’t be ignored any further.

When that editor kissed me on the forehead in front of our boss, why didn’t my boss say anything to him? Why didn’t he say anything to him in front of me so that I knew my employer was paying attention? Instead, he let it happen, and as new, fresh-faced interns cycled through the office and he treated them with the same lack of respect and boundaries, I did nothing, either.

I didn’t want to lose my job. I didn’t want to start a fight. I didn’t want to seem hysterical or dramatic or uncooperative. I was on contract, and was hoping for a renewal. I watched him kiss another intern while she bristled, and when she walked back toward her desk, I offered her a mint, as if it meant anything.

I’m guilty of this too. Most of us are, because it is hard to point and name harassment and abuse when we see it, particularly in an industry so precarious. I have my own fears to contend with: I’m young and female and a visible minority and I yell a lot, so I don’t need any more targets on my back. This is hypocritical, I know, but I don’t feel big enough to tackle this on my own. And so often the people who made me feel small were in positions to do that: they were rarely my equals, so I was left with no agency, no control, no professional status, and no one to go to when things go sour.

While in journalism school, I walked into an empty classroom and ran into one of the employees of my program. I knew he didn’t like me—I was usually too loud in the hallways and he probably heard my voice too often. But when I saw him in that room, he looked me up to my chest and down to my feet, taking in my outfit (a skirt) and makeup (red lipstick) and high heels (pointed toe). “You should use your talents for something more…relevant,” he said. I didn’t know how to react, and instead started laughing to fill the awkward silence. Before leaving the room a few minutes later, he called me “poisonous” under his breath. He was significantly older than me, plenty aggressive with the young girls in the program, and had always been quick to remind me that he had connections at The Globe and Mail, the CBC, and the National Post.

He continues to work in the industry. I just wanted to graduate with a job. 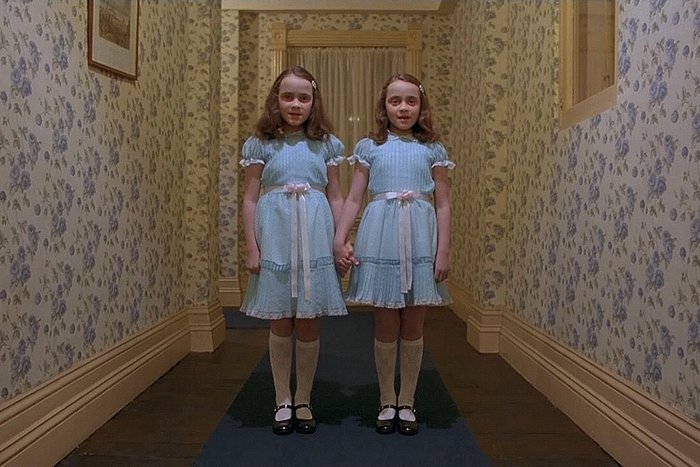 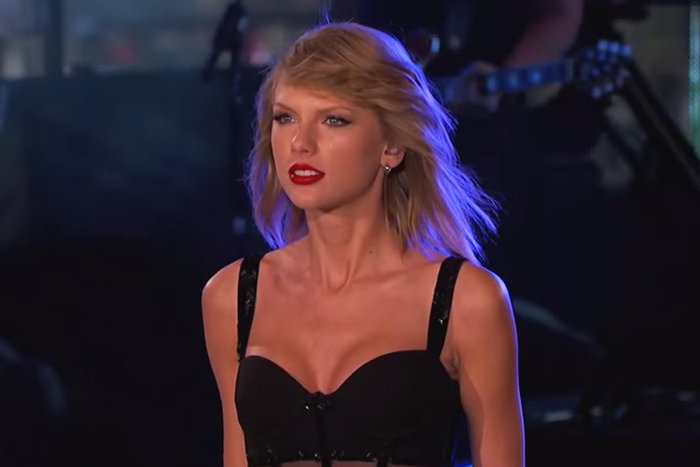 Culture
Taylor Swift, Twelve Ways
How we got to 1989.